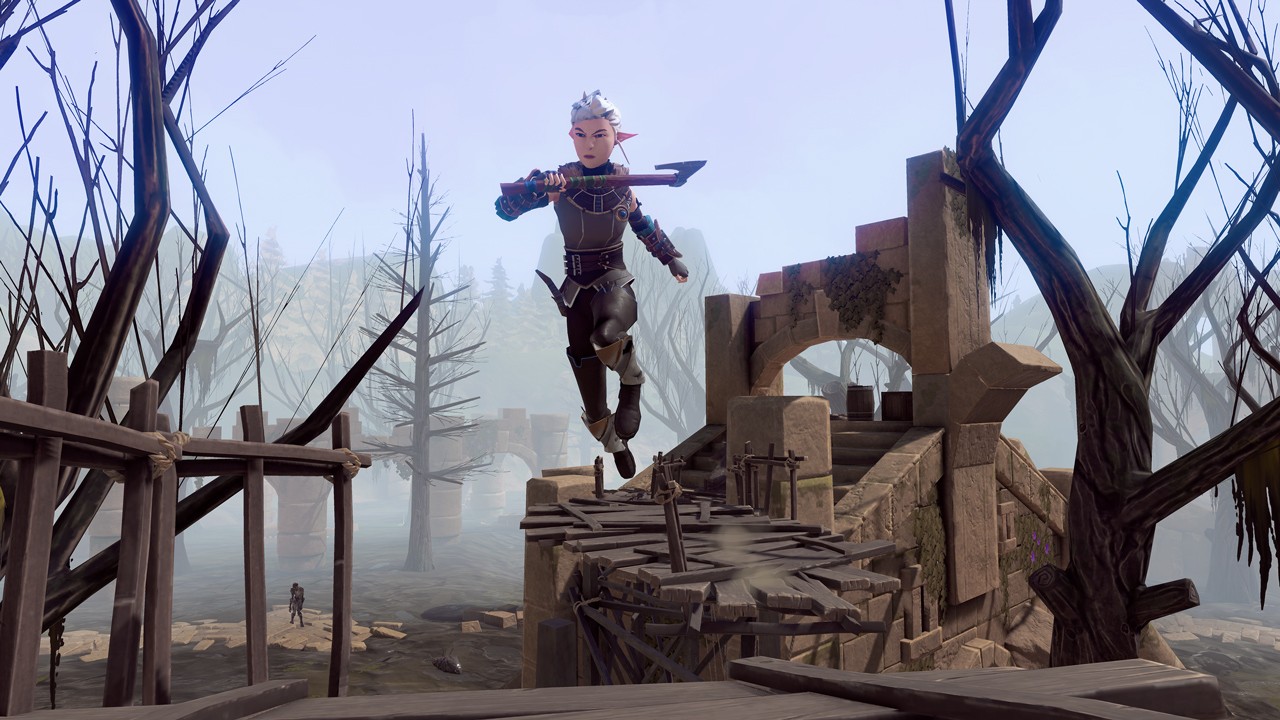 When it comes to review writing, especially when in the context of covering video games, it can sometimes be best to hold off from the initial release of certain games. There can be a number of reasons why this is a good practice, but in most cases it’s usually down to the game being released in an unfit state and it’s usually better to wait for the release of performance patches before you give the game a good go. This is something that’s especially true when it comes to Amplify Creations and Rising Star Games’ Decay of Logos. Initially released at the latter end of November last year upon the Nintendo Switch, the game was met with a fanfare of critical shame because it hosted a whole plethora of broken mechanics and poor performance. So how does the game fare now, two months after its original release and a revised version of the game to try and repair the damage that was done?

Decay of Logos is primarily an action role-playing game, but one that incorporates a Souls-like challenge in its combat, an Ico/Shadows of the Colossus presentation in its graphics and a grandeur in its scale that tries to replicate the template of Breath of the Wild. In many ways, the game succeeds in what it is trying to convey. Combat requires skill, patience and timing, working on a number of elements that focus on parrying, target locking, a stamina system and two modes of attack: Light and Heavy. Some of its landscapes and graphical presentations are simply gorgeous too and its overall journey of exploration begs you to delve into its world and uncover new and exciting locales.

The story follows the adventures of a young girl named Ada who, after witnessing the decimation and pillaging of her home village at the hands of the Crimson Knights, as well as the murdering of her parents, embarks on a journey across the undiscovered country that lies around her in a quest for revenge. From the outset, the game drops you into its world without any knowledge of what to expect or what to do. It’s here where a lot of the fun of this title lies. Viewed from a third-person perspective, you begin your journey through exploration and uncovering the region around you. Soon after you begin your journey, you come across an Elk who becomes a companion for you; providing a source of transport, as well as helping in solving the many secrets and puzzles that lie around the once, peaceful realm. What lies before you is a world of ancient ruins and dark dungeons, as well as a whole host of unforgiving enemies and, unfortunately, one or two annoying little bugs, despite its revision since launch. 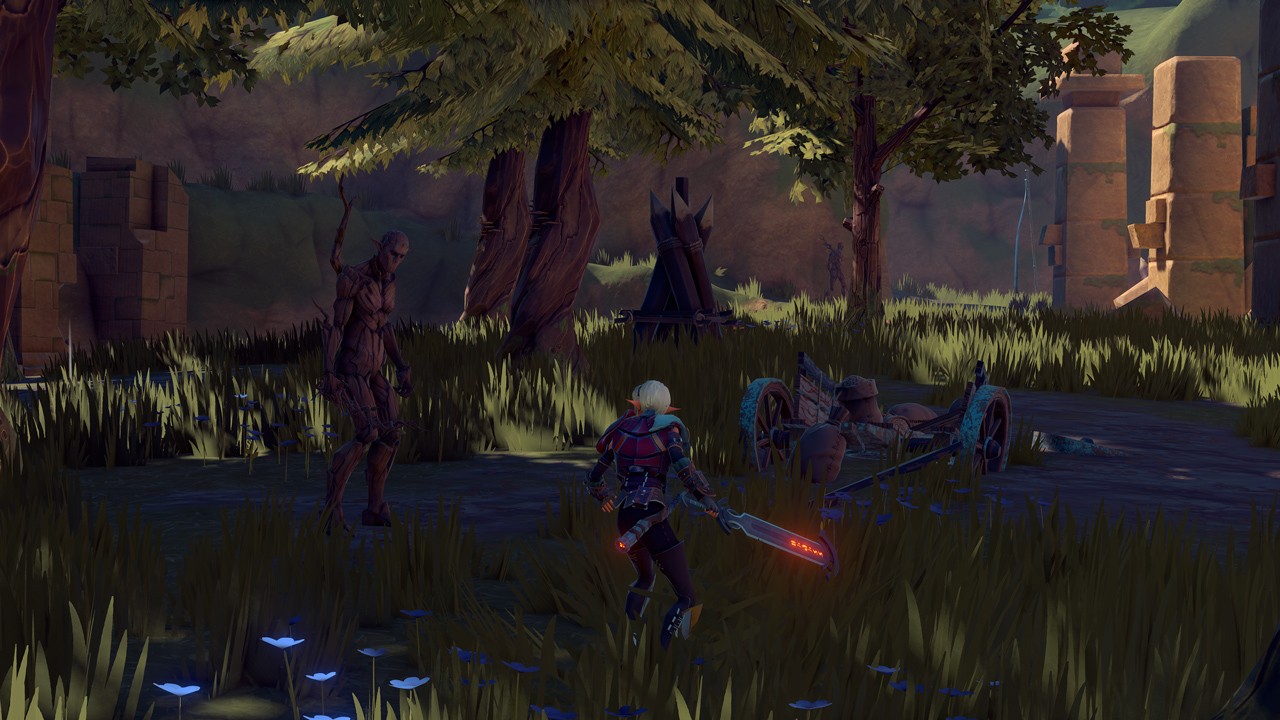 First and foremost, I’ll deal with the issues that still remain within the game. In the overall scale of the game, it largely runs quite well and in all honesty, I never came across anything particularly game breaking. However, the game still holds a couple of, what I would call, minor nuances. Frame-rate and stuttering still occur in places and these can be painful at times if you like fluid gameplay; even more so if it happens during combat. I also found a couple of instances where I became stuck in the scenery and was forced to start again; this was particularly annoying and probably the biggest issue I had with the game. If you can see past its misforgivings though, then Decay of Logos can have a lot to offer, as my time spent within its lore and land was, for the most part, an enjoyable one.

Despite its flaws, I found that the exploration of the land, ruins and dungeons was an exciting affair. Not really knowing where to go or what to do required careful exploration of every nook and cranny; something that was made more rewarding when you begin to uncover the plot and mechanics of the game. It’s simply one of those games that is ‘the more you put into it, the more you’ll get out of it’. Well, as long as you don’t get stuck within the scenery. But honestly, the whole discovery aspect of the game and the overall journey provided a good source of entertainment. This is further bolstered by the Souls-like level of combat that can be punishing at times. Any encounter requires a certain level of skill in avoidance and striking at the right time, but again, this is another aspect of the game that isn’t without its problems. 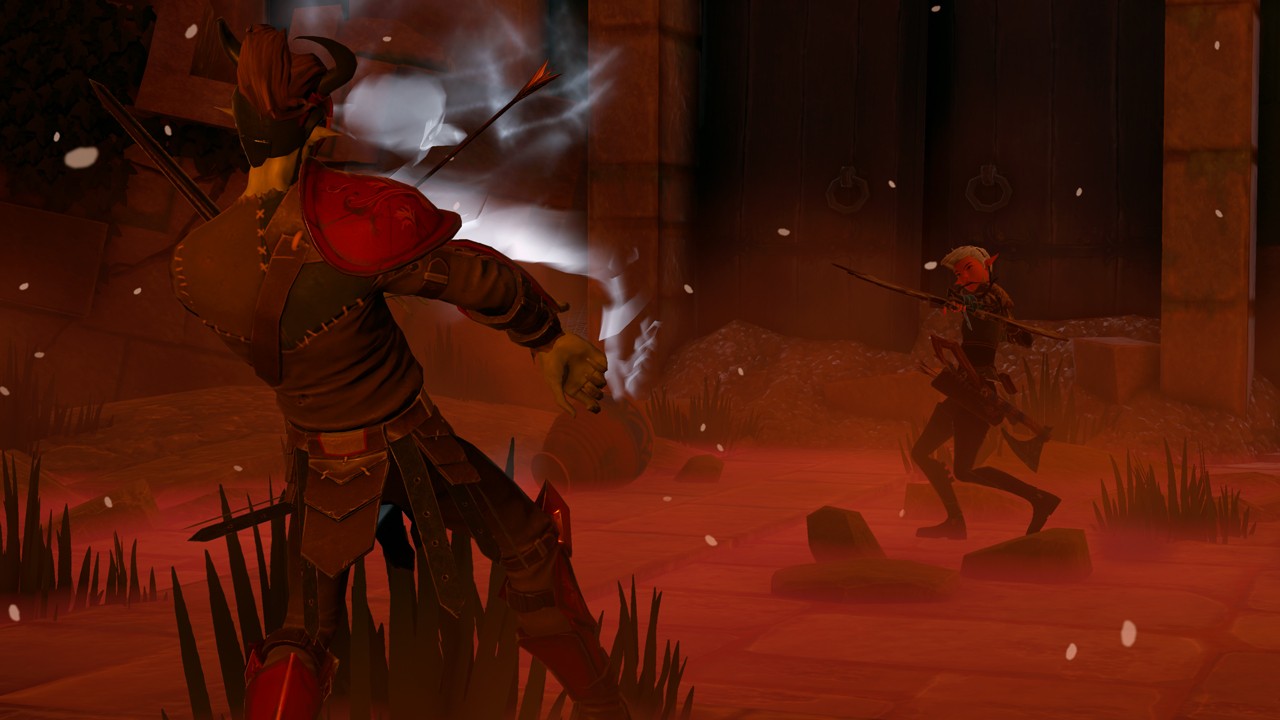 Although combat was mostly satisfying and attainable, there were instances where issues out of your control did get in the way. Camera angles, screen stutters and general enemy levelling can be problematic. The latter can be overcome by grinding and levelling your character, but the others can be more soul destroying than souls-like. However, that’s not to say that it breaks the game in any discernible way. Sure, it’s annoying, but it doesn’t happen constantly or every time you fight and again, for the most part, was a part of the game that actually functioned well and was something that I relished and enjoyed.

The biggest draw of the game for me though, lied in its discovery. Not just in its exploration of the land, but in many of its elements from camping down for the night to its levelling up systems and puzzle solving. In an age where many games can hold your hand a little too tightly or run in a linearity from A to B, it was refreshing to be dumped within a game without any knowledge on what to do. Learning all of its intricacies, learning from mistakes and discovering how to overcome the many dangers, traps, pitfalls and enemies became an overriding factor within the gameplay. This in turn, allowed me to overcome some of the game’s problems and although they were annoying and sometimes frustrating, never detracted from the overriding sense of fun that I had on my journey.

Overall, Decay of Logos is a game that you’ll either love or hate. In its current state, it is a drastic improvement from its initial release or pre-released state, but it does still hold a worrying amount of bugs and broken mechanics. With luck and continued support from the developers, it will become an infinitely more polished title. However, since its launch, no additional pathches have been added which is slightly concerning. This in turn, makes this one a difficult game to judge when it comes to scoring. In one hand, I did have fun playing the game and found its lack of knowledge and learning curve to be refreshing, but in the other, too many frustrations do bring the game down at times; even if you can see past them. I wanted to give it a 7, as I thought it was good game overall, but too many errors in its make-up can’t really warrant such a score. Upon release, this would have been an easy 4, but its revision have healed some wounds, so therefore, a 6 seems respectable and with luck and continued support, Decay of Logos certainly has the potential to become a 7 or even more. It’s better than its original review copy and it’s fun, but it’s still a long way from polish and perfection.

Decay of Logos holds an interesting level of fun through exploration of its environment and elements, but too many bugs still remain that bring the game down.