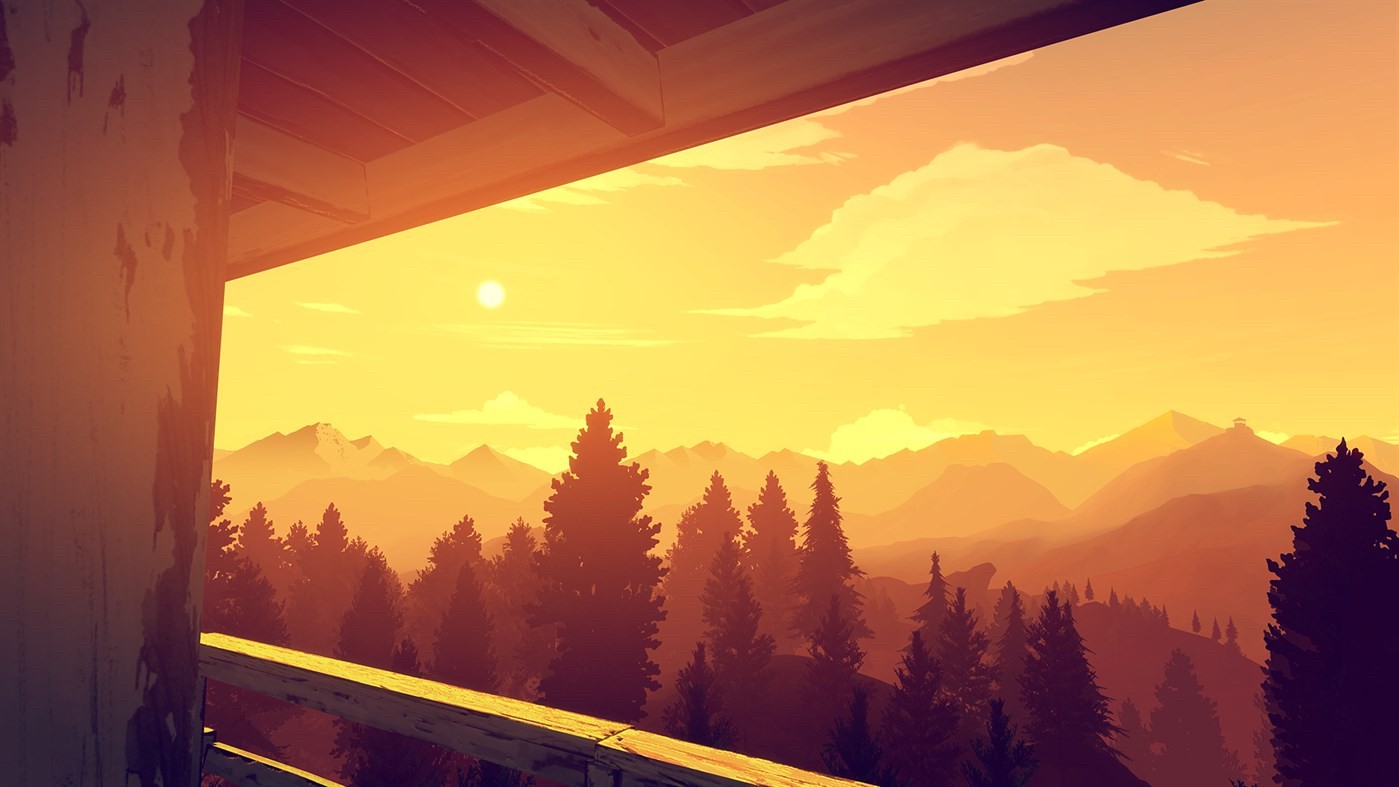 Are you seeking a game with an emotional and powerful plot, something that starts with a basic idea which grows and evolves over time? Well, look no further than the 2016 release of Firewatch. A highly narrative walking simulator created by Campo Santo. This game tackles one man’s summer volunteering as a fire lookout in the Shoshone National Forest in America. It is 1989, one year on from the Yellowstone fires and you play a middle-aged man called Henry. The game starts simple enough, you have a story written in front of you. This informs you about Henry’s backstory, and allows you some choices on how you play out his past. Ultimately, his past is the reason why he has decided to escape to the forest.

Once you have gotten past the emotionally driven backstory, you assume full control of the action. You begin in the fire tower where the view is played out in a 1st person perspective. After you take in your surroundings, you will hear a female talking to you via a radio. She is Delilah, your new supervisor for the summer. This bond forms a significant part of the tale, it is a brilliantly scripted relationship that naturally develops as the game progresses. You are given the opportunity to choose how you wish to interact with her, the choices allow you to form your personality. Will you choose to be sarcastic, empathetic, funny, cold or a number of other emotional traits?

Your life as a fire lookout starts with Delilah giving you tasks to complete. You step out of your base where you will complete a tutorial, here you learn how to control your character, use items, navigate using the map and compass etc. The controls, like in most walking simulators are simple. This is not to downplay the game, it is just sometimes less is more. The navigation can be a little disorientating to start off with, however, once you have familiarised with the layout of the land, you won’t struggle.

The tasks that you are set, slowly start to build the story, which in turn adds numerous layers of interest. You will slowly find that the plot will start to twist and turn. You are treated to an element of murder mystery, conspiracy and missing persons. Your aim throughout is to try to work with Delilah to lift this shroud of mystery. If I tried to explain how it played out, it would completely ruin the experience, all I can say is it had me gripped. This is despite there being no running, double jumping, shooting, maiming or killing. It was the build up of the intriguing plot line, the development of Henry’s and Delilah’s relationship, which pushed me to keep wanting to play. Overall, the story element is quite frankly brilliantly written. It also tackles a subject that is highly emotive. Some will find this will resonate due to their own personal experiences. 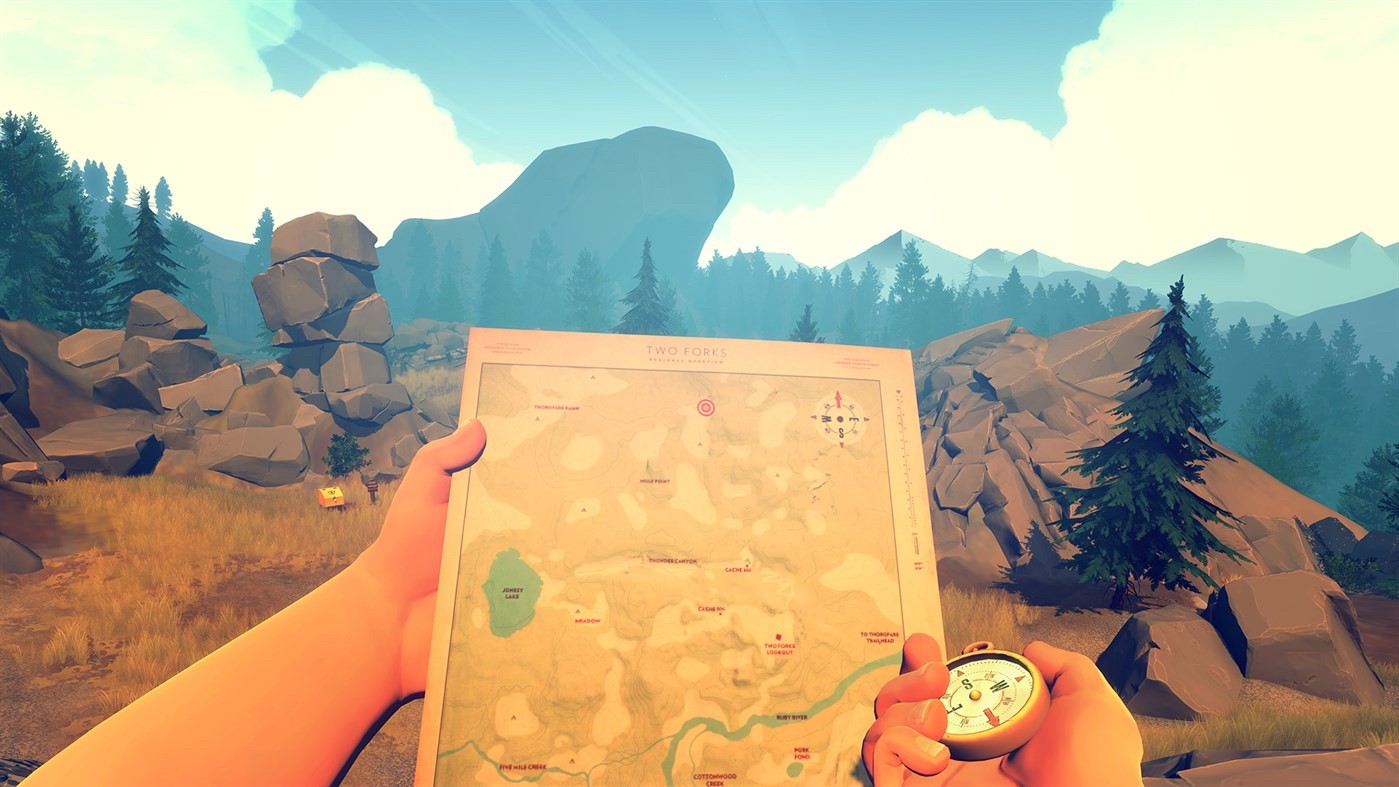 Campo Santo has done an excellent job in looking at a very emotive backstory and not making the narrative too dark and dreary. It could have been easy to just let this be overpowering, but the script and voice acting give some very light-hearted, flirtatious, childish and serious moments. This gives the communication a very natural feeling and represents how most close relationships develop; it just added to the realism.

The title itself is set over 3 – 4 hours of gameplay and this is allowing for looking around the area, reading various notes and completing the main story line. There are no side missions and the areas that you find blocked off will naturally open up as you progress and obtain keys, tools etc. For completionists, it is a very easy list to complete, with the majority of the unlocks being linked to completing chapters. There are random things to find, but again this is simple enough with a guide if you didn’t find it during your 1st playthrough. Once you finish, you are then able to free roam. This doesn’t add a great deal more, but for those wanting to continue exploring around this allows some freedom.

A nice feature the developers added, was during the game you will find a disposable camera which allow you to take photographs. At the end any photo’s you have taken will display alongside the credits. It is a nice addition that adds a unique review of your experience of your journey. Effectively you get to see and remember what you found interesting in the scenery.

Other reviews have the graphics as amazing, phenomenal, beautiful. I honestly cannot 100% agree with this. The colour palette is great, it really sets the scene and does look nice. The graphics remind me of a similar style to that of Sea of Thieves, but not so well presented. In my opinion, they would have looked lovely in 2016, but I don’t think they have aged particularly well. Overall, the graphics didn’t take away from the experience, so this isn’t a massive negative. 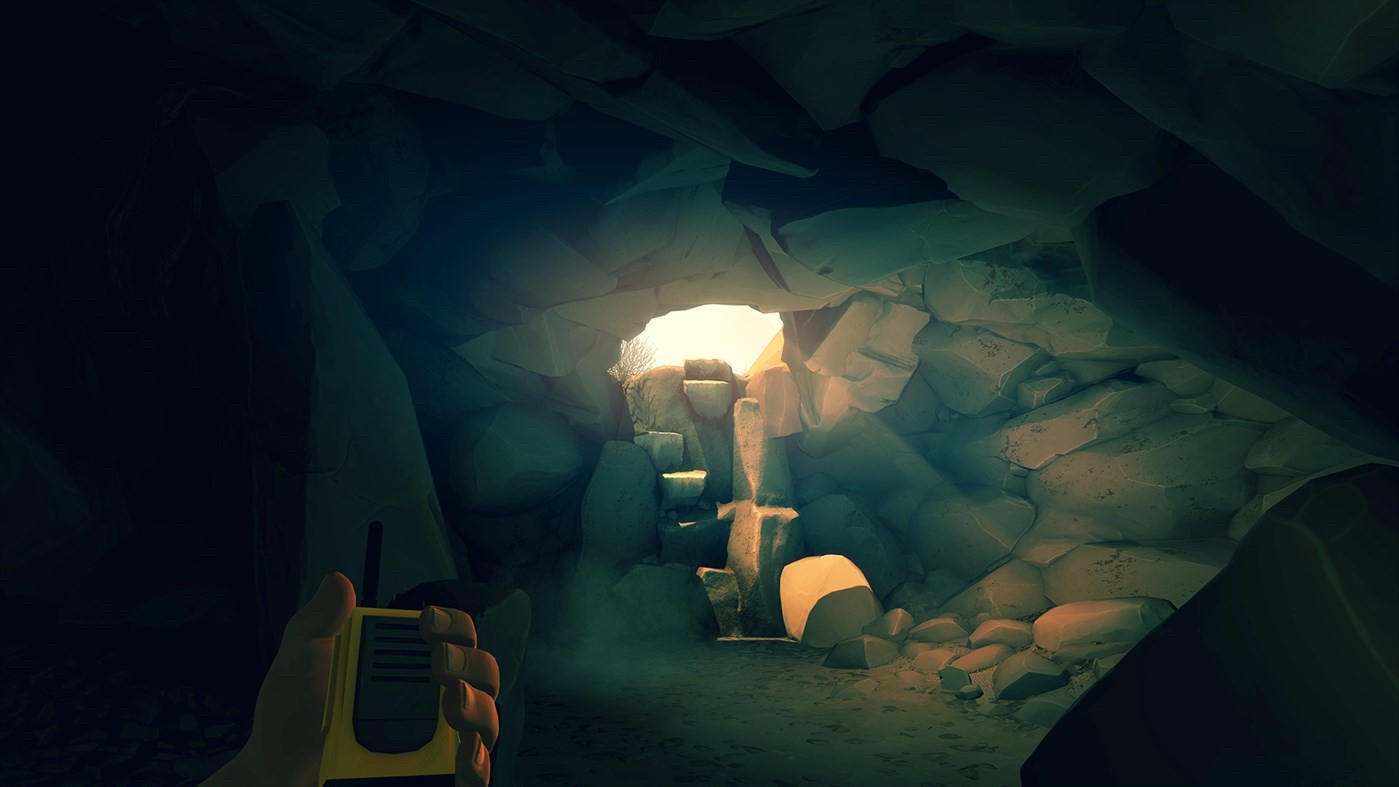 There is very little in the way of music, this is actually a good thing. It really adds to the whole feeling of isolation and being in the wilderness. The limited sounds within the game also add to the experience. The key point as far as this subject is concerned is the voice acting. It is a credit to this game and as mentioned earlier, it really does add to the whole experience.

One aspect I did find a little disappointing and again, I am just picking minor issues, is the lack of wildlife. Firewatch is set in the great outdoors, you hike around rivers, through bushes, around caves, near a lake. Not once did I spot a solitary animal, sure it’s implied that there are animals around, but to not see a single animal takes away from the realism. I can’t imagine it would have been tough to have a deer in the distance, or the sighting of a bear. It would have been a nice touch to add in, but again, this is me being critical.

My prior experience of walking simulators was that of a game playing out like an audio book whilst walking slowly in some beautifully crafted environments. I couldn’t have anticipated Firewatch more wrongly if I tried. For those expecting fast action, with thrills and spills you will be disappointed. However, if you come into this expecting a superbly paced, brilliantly scripted and voice acted game with a few twists and turns along the way, then you will have a thoroughly enjoyable 4 or so hours. My major gripe with Firewatch, it was just over far too soon. I can’t recommend this highly enough.

A well-paced and compelling story. This walking simulator has an exceptional script and brilliant voice acting that will likely have you completing this in one sitting.