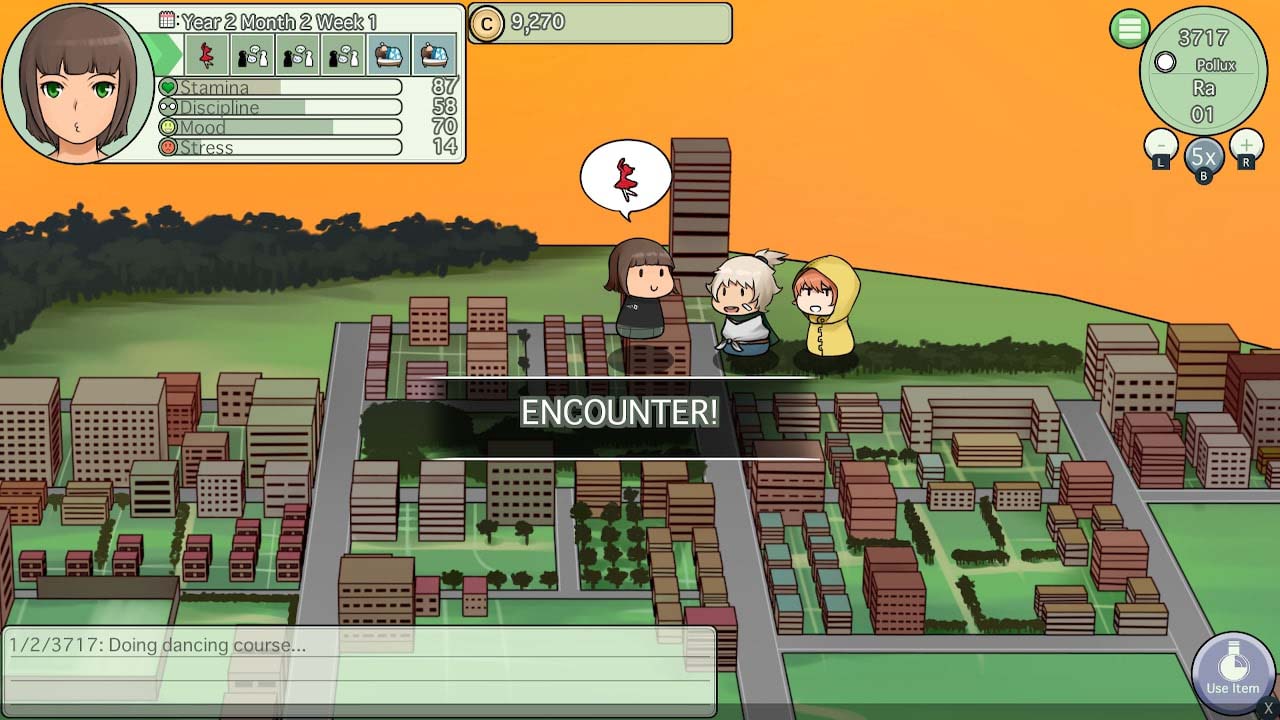 Ciel Fledge: A Daughter Raising Simulator is the second game by Indonesian indie studio Namaapa. As the name suggests, you take on the role of an adaptive parent to a young girl. You’ll need to look after her for a period of 10 years. You’ll be managing her schedule, making many decisions for her, and generally directing her growth through part of her childhood and all of her teenage years.

Ciel Fledge is essentially a new take on an old but obscure genre. Princess Maker games were princess raising simulators, where you would be put in charge of raising a young girl who would later go on to be a ruler. These games didn’t have much of a story to them, the main focus was on management and trying to accomplish goals. Ciel Fledge differs by having a proper storyline which is told through many cutscenes that take place over the years. Your daughter will meet and interact with many characters over that time, and she can form relationships and learn from each of them. Ciel Fledge interestingly features a post apocalyptic setting, where what’s left of humanity is now living in flying cities. The surface is deemed unsafe, a place that should be explored with caution. A young girl is found while a team is exploring the surface, and you are chosen by the government to be her adoptive parent. 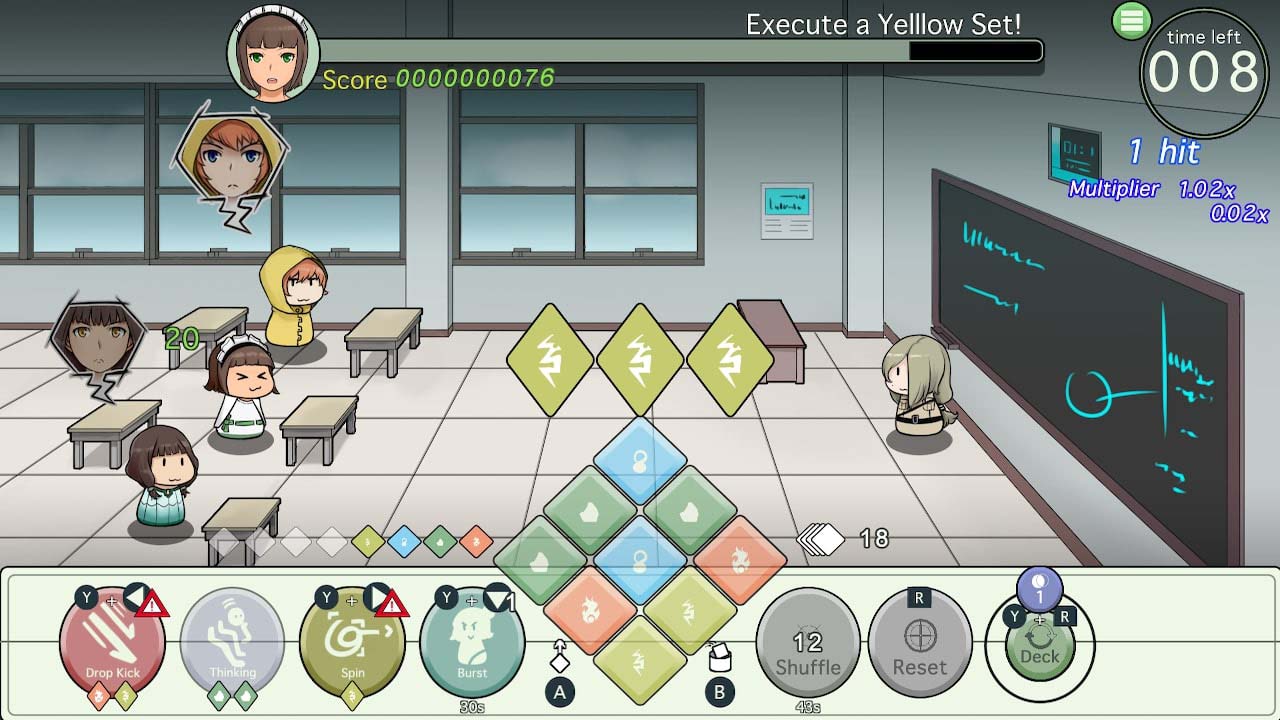 As each week passes, your daughter slowly grows physically and develops new skills. These are based on stats that fall into many categories, including strength, intelligence, charm, and spirit. Increasing each of these stats will gradually unlock new classes and jobs for her to take on, which will help to grow her stats even further. The gameplay mainly consists of the player planning their daughter’s schedule for the coming week. She can do one activity per day, with the player free to choose from a variety of different options including classes, socialising, and part time jobs. The final day of each week is a special day when it’s recommended to either let her rest or do a social activity, otherwise her mood will be negatively affected. These social activities include spending time with friends and going shopping. Spending time with friends will earn points with them and gradually fill up their relationship gauge. When the gauge fills up enough, the relationship levels up. When the level gets high enough, your daughter will learn a useful trait from the person. At the end of each week, you’ll receive a summary showing how her stats have been affected by the activities she’s just completed.

Going shopping gives you the opportunity to buy various clothing items and accessories for your daughter to wear. These items actually change her appearance when you equip them, which is a nice touch and allows you to customise her to some degree. It’s not all about looks though, as each item also has an effect attached to it. For example, equipping the smart glasses will increase her stat gains from intelligence based activities. Ciel Fledge is a very slow paced game, where you gradually shape your daughter into the person you want her to be. Whether she turns out as planned is another thing, but the game allows you to follow her growth fairly accurately and in detail. The game’s length is around 25-30 hours, which means you’ll be doing a lot of planning and scheduling.

Ciel Fledge also sets itself apart from other Princess Maker type games by featuring combat and exploration sections. These sections involve fairly simple match 3 type gameplay where you’ll need to match coloured tiles together in order to attain a score or to attack enemies. These sections are where quite a few of your daughter’s stats will come into play. For example, her strength stat increases her amount of health and attack damage, while other stats will allow her to increase the multiplier on her attack combos, call her friends more often to assist her, and more. These segments offer a much needed break from the management gameplay that takes up the majority of the game’s length. There are multiple endings to see, which one or ones you will receive will depend on which job your daughter eventually ends up taking on. 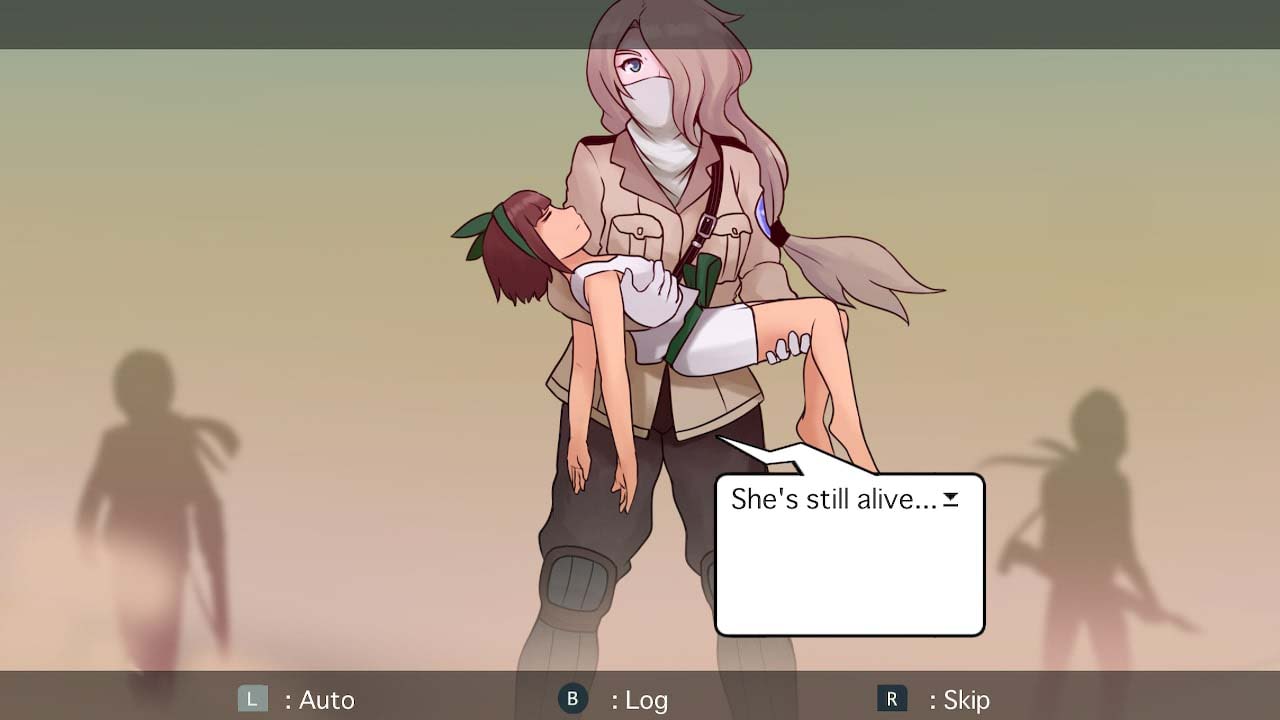 Ciel Fledge looks and plays well in both docked and handheld mode. Visually, the game features a fairly simple art style, leaving out fine details in favour of a more minimalistic cartoony look. It works fairly well for this kind of game, and the world has a consistent look to it. The user interface is reasonably easy to navigate, and looks sharp. Some good effort has been put into the game’s music. Each year that you spend with your daughter has a different piece of background music, and these all sound great and are kinda catchy. The game features very little voice acting, with the characters just making a few sounds here and there. It doesn’t really detract from the game overall, but it might have been nice to have some voice acting during some important scenes.

Overall, Ciel Fledge is a very niche game that is going to go under most game’s radar. Management simulators like Ciel Fledge require a substantial time investment, and there’s little action in the gameplay. For many people, the week to week management of a young girl’s schedule would be something that becomes tedious quickly. However, for the small number of people who enjoy this kind of gameplay, Ciel Fledge is a great entry into the genre. The team behind its creation is passionate about their project, and the game is receiving frequent post release support from them. Through patches, they’ve been tweaking the game’s balance and adding some small features based on player feedback. Ciel Fledge is a game where it really pays to do your research before buying, it’s important to know what you’re getting into. Players spend a lot of time building up their character in this game, and it’s not always clear whether the payoff at the end will be worth all the effort. You have to be someone who enjoys managing stats and taking their time with a game that is a very slow burn. For those people, Ciel Fledge is a rare gem.

Ciel Fledge is a game where it really pays to do your research before buying, it’s important to know what you’re getting into.