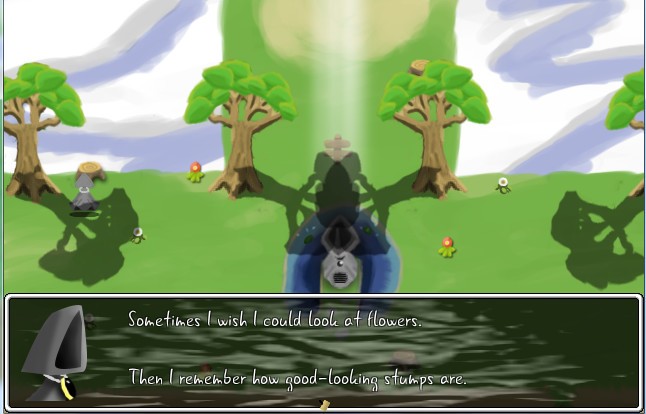 Enter a world of madness where you navigate the not altogether sound mind of the poet Cleril. Travel through the various stages of his psyche while meeting a cast of unique characters. Battle Cleril’s inner demons with a small cast of companions while you try to lead him out of his mind and back into the world of sanity.

Haeven was created in RPGMaker, and attempts to transcend the limitations of the engine. The game was created by a single person, including all the original artwork and writing. The concept of this game is sound, travelling through the ides of madness is an idea which is rife with potential and creativity. Unfortunately, the proof of the pudding is in the eating, and sadly the execution of the game doesn’t quite match the concept for quality.

Much like how the game can’t agree on the title (is it Haven or Haeven? Both names are displayed in-game), much of the game feels disconnected in a way that feels less like a stylistic choice and more of a flawed approach, the core of which lies in the planning. As the game deals with themes of madness and creativity, there’s a lot of room for working around the limits of the game engine and writing and artistic ability. The game takes steps in this direction, but these elements come across as incidental rather than engineered, which results in a game which is frustrating to play and difficult to follow at times. 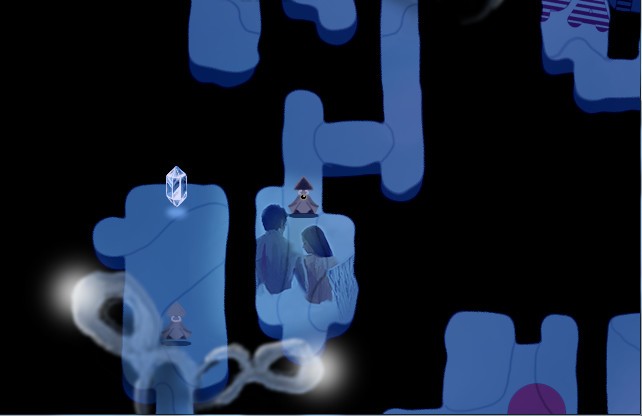 Haeven feels largely unfinished. The game is littered with placeholders and fillers. “This is to stop the game from crashing,” is a sign that shows up every time you finish a fight. While such messages could come across as quirky or breaking the fourth wall, keeping the theme of madness through the mechanics, it is under utilized and comes across as clunky and unfinished rather than as a deliberate stylistic choice. Another issue with the writing is that it’s difficult to differentiate between Cleril’s inner thoughts and monologues and dialogue of the enemies, due to the inconsistent use of quotation marks. This makes the story difficult to follow, and while it could be a deliberate choice, it feels more of an oversight.

Aside from the story dialogue and writing, the game gives you frequent reminders to save. While such reminders are generally welcome, they’re overused in Haven to the point that they become obnoxious. Added to this, every time an incorrect input is hit (for example, hitting a key next to the arrow keys), Cleril pauses the game and gives you a message, which you have to acknowledge before you can continue playing. Along with the “this stops the game from crashing” notice, which pops up a lot, the amount of superfluous reading is excessive and frustrating.

The gameplay works fine. The controls are simple to master, and the fights utilises words, ink, and paper, which is a clever mechanic that ties into Cleril’s occupation as a poet. Once you figure out the strongest attacks, it’s easy to just spam those rather than having to use different tactics on different opponents. However, that’s fine for this kind of game, where the strengths lie in fighting enemies and progressing through areas, rather than having to worry about different approaches to fighting.

The game has a levelling system, where you can increase your stats and level up abilities. 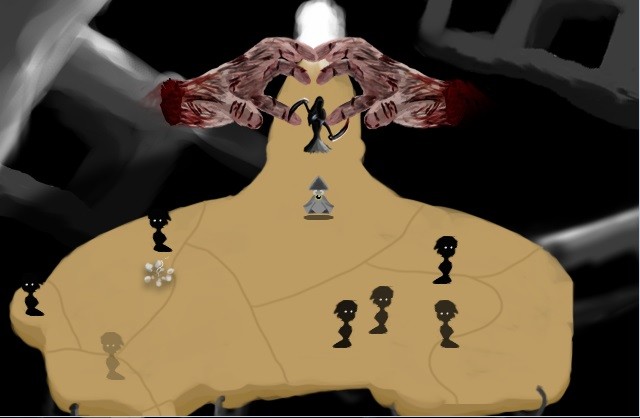 Haeven’s art has a distinct style, but it needs a lot of polish to achieve the style it’s aiming for. It’s difficult to make out features of the characters at times, and details are lacking.

The music is also inconsistent, ranging from classical to dubstep. Once again, while this could work for the theme of madness, it comes across as an oversight rather than as a deliberate stylistic choice. There needs to be some sort of cohesion and common thread that connects these dispersed genres, otherwise it says nothing and feels strange.

Haeven is a game with a great concept that needs a lot of work and polish before it can reach the heights its premise promises. Playing it is an exercise in frustration as you are inundated with excessive save reminders, game crash placeholders, lectures from the player character and a script which is difficult to follow due to inconsistent punctuation.

Haeven is an RPG where you navigate the mind of an insane poet, Cleril. Take control of the poet as you explore the weirdness of his psyche and battle his inner demons.