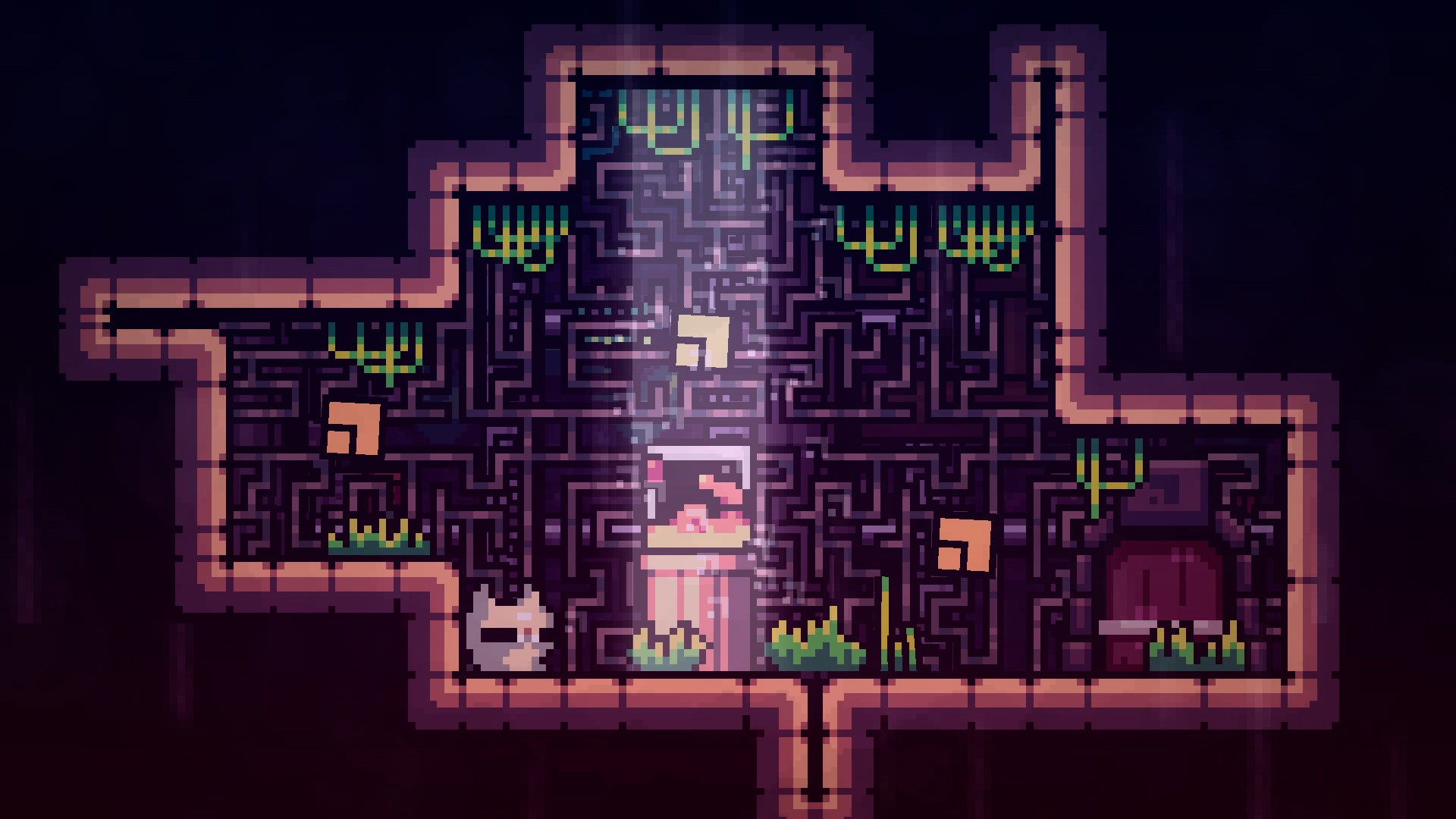 As I explore more and more Indie titles, I’m finding that my love for the platform genre is slowly coming back. There is something infuriating, yet fun about these old school nostalgia boosting games. As I slowly age, hopefully like a fine wine, I’m finding that my ability to react to hidden traps and deadly falls is gradually getting slower and slower. With this in mind, I really should choose my frustrating platform titles wisely. REED 2 seemed the perfect balance of challenge and infuriation, it also allowed me the casual gaming experience that I wanted to have between my games of COD. Developed by PXLink, and published by Ratalaika Games you are in charge of REED, a cute cat like character who is on his 2nd outing to save the world. In the first REED game you were tasked with Rebooting the computer, this failed, so now you must take the reboot files to the developer. Failure to complete your task will be catastrophic, so jump, slide and run your way to the exit door. Collect the 3 cubes enroute, and find the hidden secrets to complete this title.

A solo gaming experience that has you in charge of a single protagonist. You must identify the exit door location, as well as the position of the 3 cubes, collect them all and the door unlocks. Sounds easy, right? Well, it certainly isn’t. With spikes to leap over, saw blades and arrows to dodge, crumbling platforms to traverse to reach your end goal, and chickens to leap. You have an awful lot to contend with to move to the next level. Your biggest concern isn’t all the dangers that you will encounter, no, it’s your own patience. Each stage can be logically worked out, and with a small amount of practise can be overcome. I found that I wanted to run before I could walk, and at least 90% of my deaths were down to my own doing, rather than the traps that lay in my path. A number of the levels have secret locations for you to find, with limited clues available, you must keep your eyes peeled if you wish to discover everything that this title has to offer.

Like with all great games, REED 2 sucks you in with a deceptively easy opening. That being said, I still managed to die on the 2nd stage, guess I hadn’t warmed up to the job at hand. With 52 levels to complete and a difficulty curve that is always on an upward trajectory, you will find that this one will challenge gamers of all varieties of skill level. Each stage you take on can be completed in a number of minutes, I managed to fly through the first 10 levels without issue or complaint. However, you will soon discover that the single life approach is infuriating, and I mean welcome to “planet controller smash” infuriating. One small slip, or slide too far, and you will fall to your death, or run into some spikes. All your hard work is undone, and you must restart the level. Time to take a deep breath and begin again. If you plan on taking on this title, then this will be a familiar experience, so I recommend preparing for the pain. 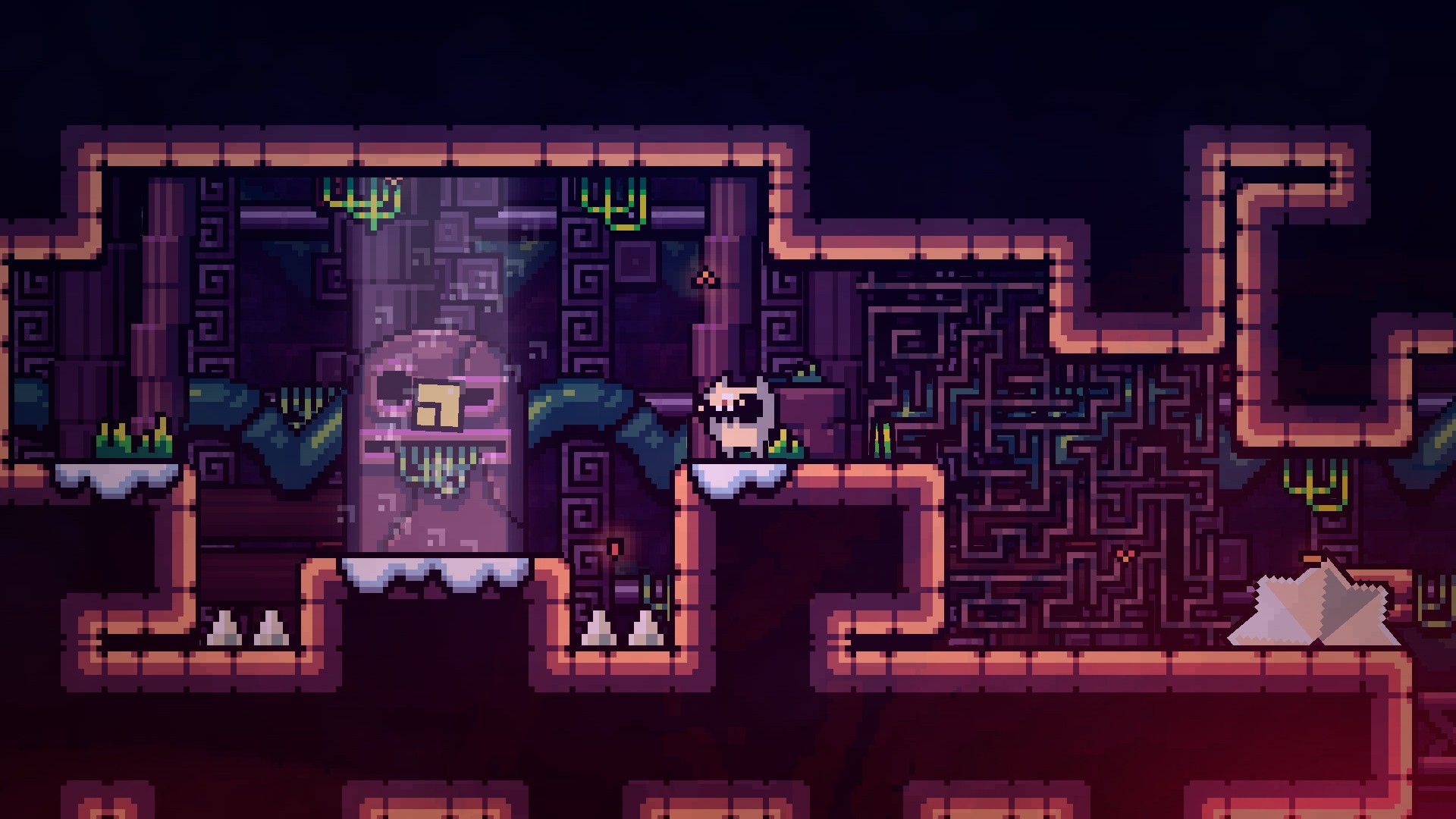 For players that have experienced the franchise, then nearly everything will feel familiar. The game style plays almost exactly the same as the previous title. Graphically, it still uses the same style. The story forms a loose guidance for the gameplay, but once it’s been laid out you never hear it mentioned again. The collection of cubes has increased from 1 to 3, and the inability to look before you leap is still ever present. This adds an element of danger, but it’s also very annoying when you only have a single life to complete a stage. If you’ve not played a REED game there will be no disadvantage to starting with number 2, if anything in my opinion, number 2 is considerably easier than number 1. As the adventure gets underway, you will notice that any of the secrets that you locate, or NPC’s which you encounter will be rather odd, and completely random. The information they provide you with makes very little sense, so I gave up trying to understand what they were saying, as most of the time it was just nonsense.

With pixel art graphics, REED 2 isn’t going to be for everyone. The old school approach works perfect for the genre. The colour palette used ensures that the platforms are challenging to locate, and the ground spikes merge into the background. I’ve already mentioned the inability to move the camera, this makes navigating the world a challenge. As you progress through the game you can be assured that this restriction will ensure that you will fail repeatedly, well, at least until you work out the finer details of each level. Each stage has a unique appearance, this and the changing traps in front of you ensured that the action never felt repetitive.

With no spoken narrative, you will be guided by the use of text dialogue. This retro looking bubble writing suits the style of the game. The 8 bit sound effects add to the nostalgia. The noise of the traps moving and firing fills you with a feeling of dread and expectant death. The haunting background music is ever present, and adds to the dark feel, which helps to build the tense atmosphere perfectly. Even though the music is a constant, it blurs into the background as you spend your whole time focussed on surviving and solving each stage. 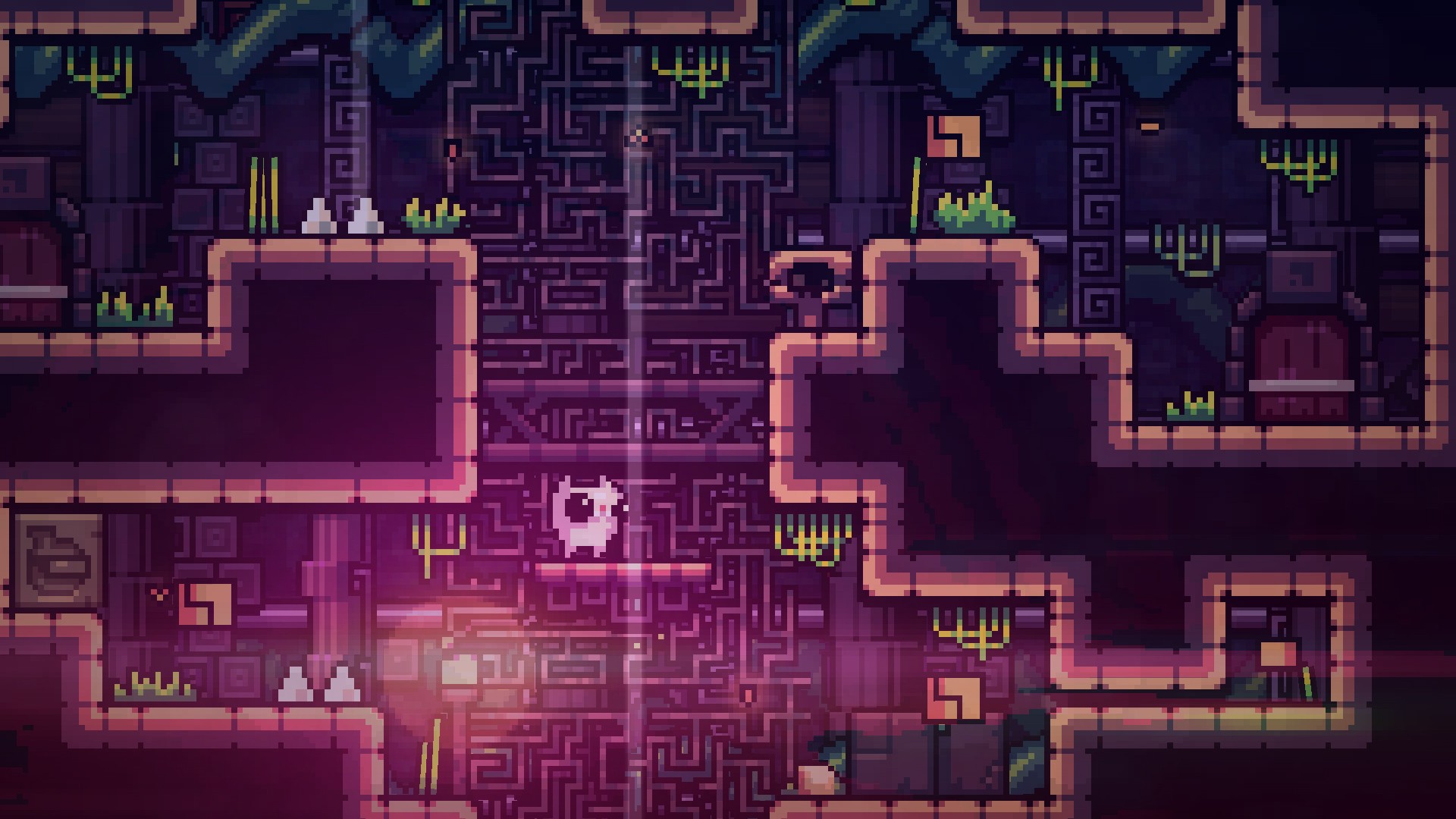 The difficulty of the game was enhanced by the sensitivity in which REED would move. A slight tap of the analogue stick, and you would be sliding towards impending doom. I lost count of the number of times that I would jump one set of spikes, just to fall into another pair. The amount of profanities this caused was embarrassingly high, so I suggest either curbing your language, or not playing this in front of people with a delicate disposition, no doubt they will be offended. Other than the ease of which you fall into traps, the controls are very simple to master. You simply have to move REED using the left analogue stick, and jump using the A button. It really can’t get much easier than that. This simple approach is what makes you convince yourself just to try one more level, I was guilty of that on several occasions, one moment it was midnight, the next 02:00, where had the time gone?

With the introduction of secret areas/levels this adds a fair amount of replay factor to the title, though I’m not entirely sure everyone will want to take on every level just searching for one hidden item. For completionists, or hardcore fans of the genre this won’t be an issue, but for the regular gamer I believe one run through will be enough. The achievement list is relatively easy to accomplish, if you put the stage difficulty to one side. What I believe the developers missed out on was the challenge of a speed round. If they added this mode at the end, then it would have added a level of competition amongst friends, and players around the world. It would have significantly increased the game’s longevity, and reach with competitive gamers.

REED 2 is a fun and challenging title that will push you and your patience to its limits. With a very familiar feel from the first endeavour, the saying if it isn’t broke don’t fix it springs to mind. Would I recommend this one? If you like to gather achievements, or you are a massive platform fan, then absolutely. For the casual gamer, there probably is more frustration than content available for your liking, so you may want to give it a miss. Time to get your fill of nostalgia in this pixel art world. Traps, falls, chickens and your own patience will soon become your worst enemy.

Time to get your fill of platform nostalgia in this pixel art world. Traps, falls, chickens and your own patience will soon become your worst enemy.