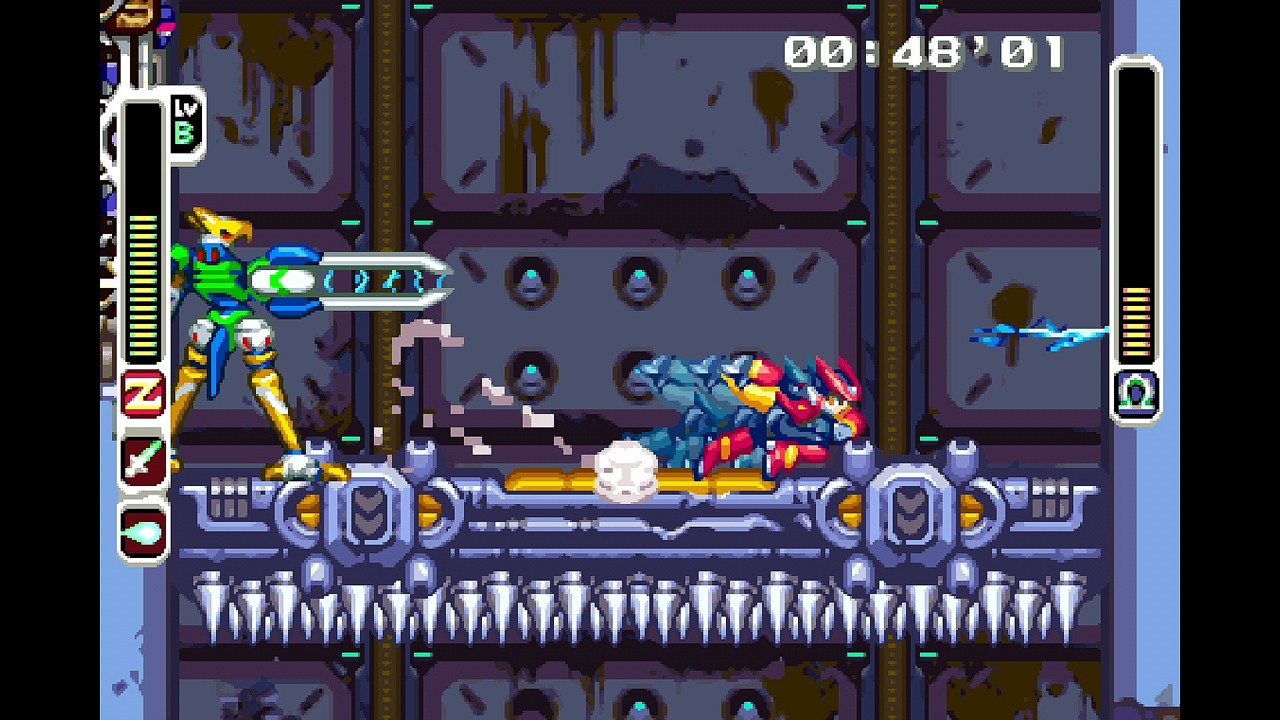 Back in 2002, I borrowed a friend’s copy of Mega Man Zero for the Gameboy Advance. Upon powering on my Gameboy, I was treated to a delightful mix of fast-paced gameplay, impressive sprite visuals, and a captivating story. At that point, I had played little of the Mega Man X series, and always thought that it would be awesome if Capcom was able to somehow port all of the action onto a handheld system – with that said, finally getting to see Zero slash and blast his way through dozens of enemies on a small 2.9″ screen was more than satisfying, to say the least.

In the years that followed, Capcom would bring us three more Mega Man Zero games, and a pair of sequel titles (ZX and ZX Advent) on the Nintendo DS. All games were great in their own way, and the series was quite memorable, but things got quiet after that. It would take Capcom several years before revisiting the franchise, culminating with the release of the Mega Man Zero/ZX Legacy Collection. With six games and a bunch of new features in one package, is this collection worth owning? Let’s take a look.

Mega Man Zero/ZX Legacy Collection wastes no time in bringing you straight to the action. Firing up the game gives you the option of choosing between the four original Mega Man Zero series released on the GBA, or the two Mega Man ZX games which were launched on the DS. The main menu also adds some neat features such as an artwork gallery which features panels, character illustrations and story art from the games, a music player with a complete set of tracks taken from the games, and additional options which let you change audio and video settings, as well as a gallery to view unlockable collectibles. 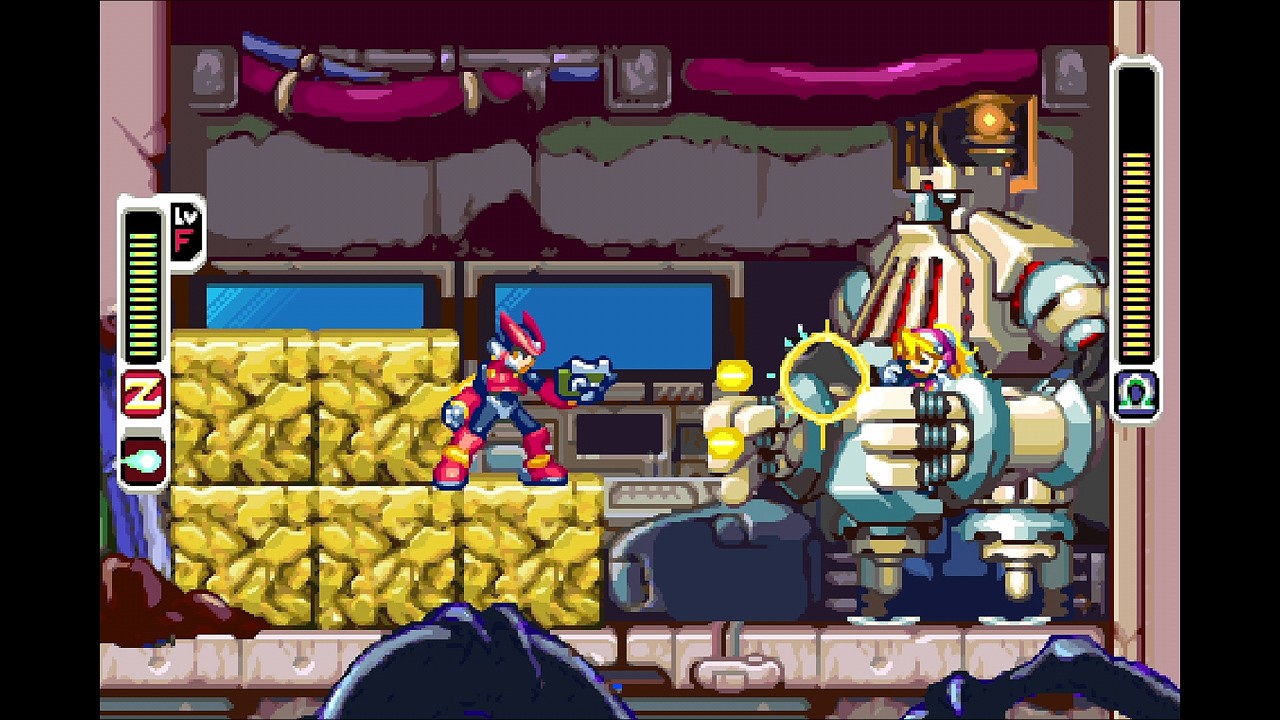 Having been a big fan of Mega Man Zero 3 in particular, I played that title first to revisit old times. The collection lets you play each game in its original difficulty setting, although you can select special options such as a “Casual Scenario Mode” and “Save-Assist Mode,” if you’d like an easier romp through the games. Needless to say, I was impressed. The game was exactly the way I remembered it, and having memorized a lot of the nooks and crannies in Mega Man Zero 3 throughout the years, I was quite excited to experience the game on a more modern Nintendo handheld. The gameplay has remained relentlessly challenging, and will force you to rethink your approach should you come across a particularly unforgiving boss, or a seemingly impossible jump across a sea of spiked floors.

This signature difficulty is actually a core element of what makes the Mega Man games – and the Zero/ZX games in particular – challenging in their own right. In addition, each of the games offers something different and unique in the way of in-game upgrades and weaponry. For example, the addition of “Cyber-Elves” – beings which help Zero by improving his skills – has remained a constant in the first four games ever since the first Mega Man Zero title, although with each sequel you can see the ways in how Capcom and Inti Creates decided to improve on this element. Likewise, the ZX games give you the ability to transform into different outfits with the help of “Biometals,” each with their own set of attack and movement abilities.

This makes for a more varied experience and keeps things from getting too dull and repetitive. In addition, while the Mega Man Zero games operated on a level-based style of gameplay, the ZX titles on the other hand allow you to select missions by traversing different map locations, kinda similar to how the Castlevania and Metroid games incorporated exploration in order to progress through the game. There’s also an added “Z-Chaser” Mode, which pits you up against ghost data to see who can clear a level faster. This will let you go online to try your hand at the Leaderboards and see how you rank up against other players. 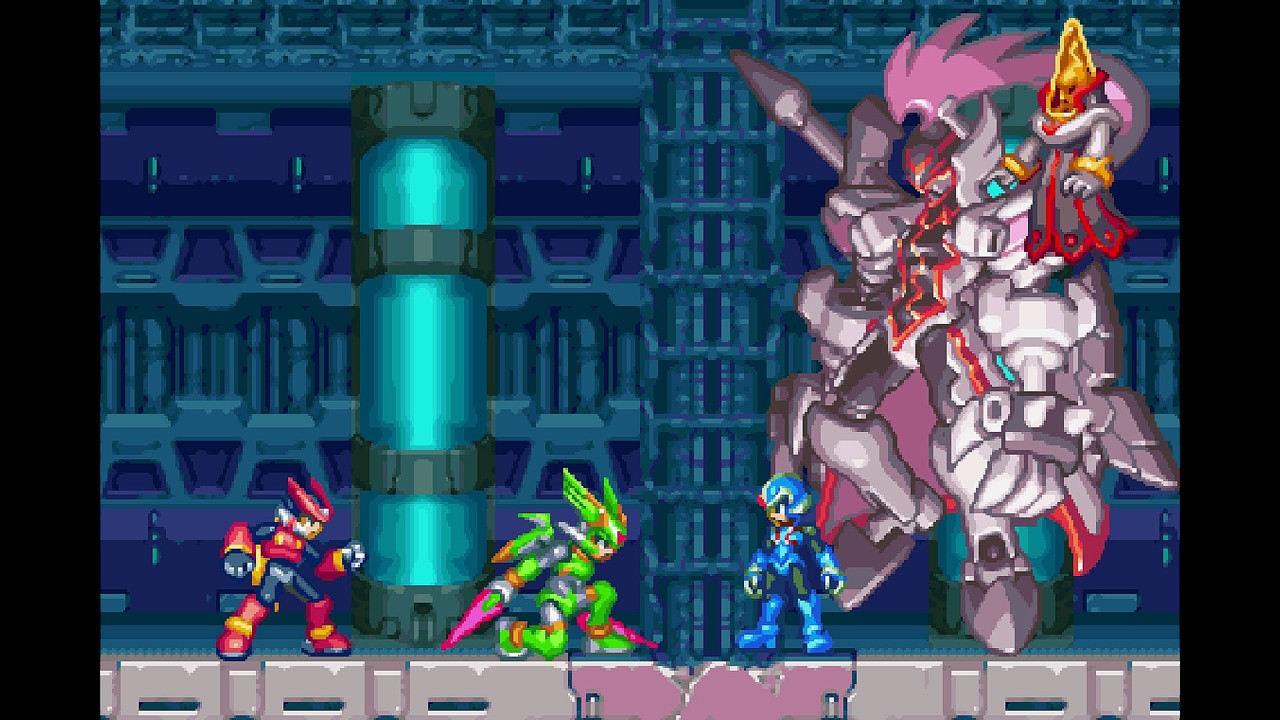 In regards to graphics and in-game visuals, I understood that there would be some definite limitations – the games were originally released in succession from 2002 to 2007, making them more than a decade year old, and this is where some newcomers might be at odds with. Of course, the sprite-based graphics and the overall pixelised styling of the games (particularly the first four) will be familiar territory for Mega Man fans and retro-gaming enthusiasts. Mega Man Zero/ZX Legacy Collection addresses this though – there is a selection of graphical settings to customize and choose from, allowing you to tweak the games’ aspect ratio, apply filters to lessen the pixelated look (if that’s your thing), and even use wallpapers to add a bit of decoration to whatever game you’re playing.

Since the ZX titles were originally meant to be played on a system with two screens, Mega Man Zero/ZX Legacy Collection lets you customize the layout of each ZX game, meaning that you get to choose where to play the second display. I chose to set my lower display as a map-like layout for a more familiar experience. The Legacy Collection also improves on the sound quality, and all the games overall sound real good. There’s even an option in the settings to play enhanced versions of the in-game BGM, which is honestly a neat little feature. The music in the games was definitely enjoyable, and fits each level and mood that you’ll find throughout the games, at least from my experience.

So is the Mega Man Zero/ZX Legacy Collection worth getting? Well, for longtime fans of the franchise, those looking to rediscover the Zero and ZX games, and newcomers looking to see what all the hype was all about, then this is definitely worth considering. You get challenging and entertaining gameplay in the form of six Mega Man titles and an online challenge feature, not to mention a host of other nifty features. Considering the asking price, this collection is certainly worth it, should you decide to pull the trigger on this one.

Franchise fans and newcomers looking for a challenge will find a lot to love with the Mega Man Zero/ZX Legacy Collection.