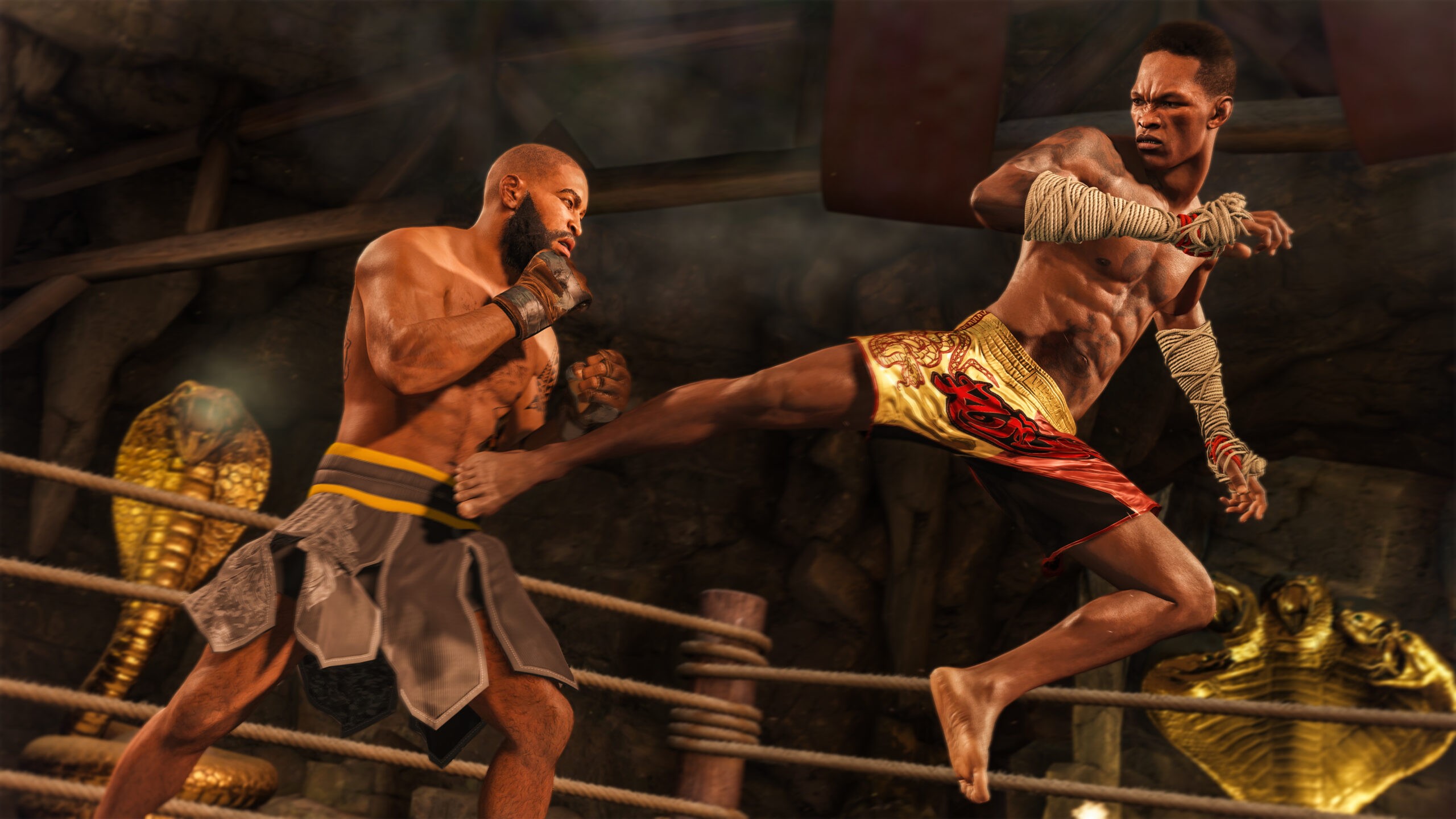 UFC has grown massively over the past decade, not just in terms of the sport itself but in the gaming world alike. I’m no stranger to the UFC series, I am a fan of the sport and also enjoy playing the iterations of the game to see how they compare and to attempt to experience as much of the realism compared to seeing it on the big screen. It has been a good two-and-a-half year window since the release of the last instalment in the series which was UFC 3. I have to admit I did not expect to see another one coming this close to a new generation, however, after its reveal it was announced with some mechanical changes and a plethora of new features heading its way with a window of August 2020. UFC 4 is now here and is playable on Xbox One and Playstation 4 right now and is developed by EA Vancouver and published by Electronic Arts.

The best way to experience UFC 4 without stumping up your hard earned cash in one outlay is to sign up for EA Access across either platform for a month. This will allow you to download and install the game and play the full game for ten hours as part of a trial basis. You keep all progress and achievements should you decide to purchase the game at the end of the trial. Whatever your thought process on EA as a developer and publisher, EA Access is a great package not only allowing you to trial new and upcoming games a week before release but also to pick up discounts and other titles. Players who pre-ordered UFC 4 any of its range of editions will unlock exclusive characters in Tyson Fury and Anthony Joshua. There are other opportunities to unlock these characters through gameplay, but I do find it a little strange why two boxers are being introduced to an MMA game. It surprises and shocks me that we are seven years into the current generation yet we haven’t seen a proper boxing game from EA, maybe next generation fingers crossed.

How does UFC 4 compare to previous titles in the series then? I’m sure some will be reading who have played all of them, at least one of them or none whatsoever, so I’ll do my best to elaborate on the changes and how it handles for those new casual folk out there.

The first thing I was glad to learn was that the Ultimate Team mode has completely been abolished and good riddance, I would say. It shows that Electronic Arts is slowly but surely learning that this doesn’t work in every sports title. Instead, there is a deep progressive career mode along with some new online modes which I will expand on a little later in this review. UFC 3 boasted and used real motion technology to capture 5000 new animations for striking within that particular title. UFC 4 now focuses more attention to detail on the clinching and dodging of attacks and has also done so with the same technology. This ensures that stand up fighting and striking oozes even more realism and expands more options in your style of fight. I do welcome the fact they have focused attention on improvements in other areas rather than a gradual upgrade like the FIFA titles, for instance.
Grapple assist controls have also been introduced to make the grappling features more accessible, functional and easier to approach and understand. What you’ll notice as you play fight after fight is everything appears to be a lot more fluid and less rigid, ground and pound is even more satisfying than it was before. 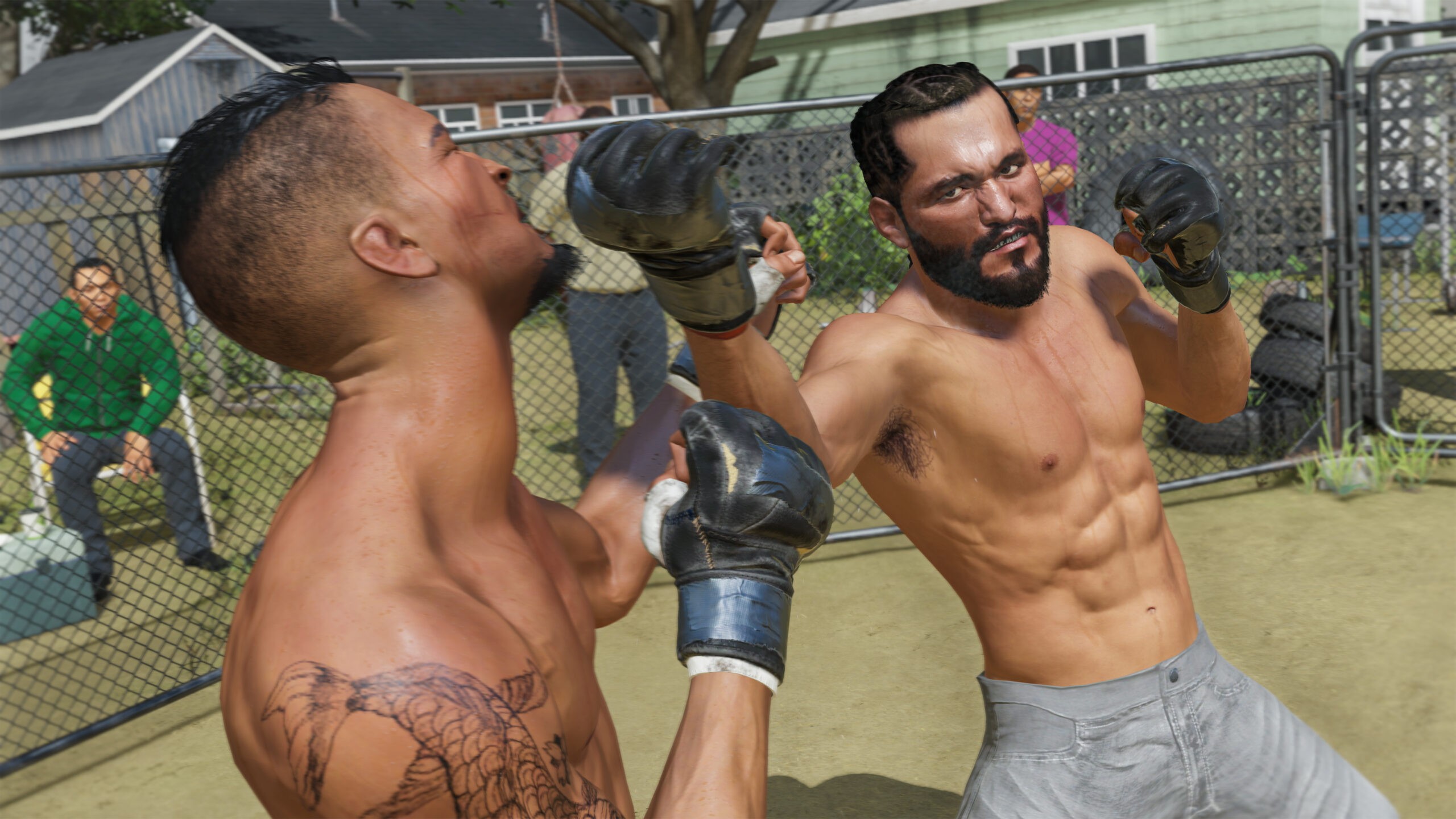 I welcome the grapple assist controls with open arms as it really is a section of the game I have struggled with for every instalment. There are even ways to strike out during submission attempts, something that has never been seen in previous titles. So has it improved then? The answer is quite simply, yes, new strikes, slams, moves, grapples and submissions and even ways to escape, these were a joy to discover and even though you’ll scratch your head sometimes wondering how you just pulled a move off, it is always fun to carry out. Graphically the UFC games have always been sublime, but UFC 4 pushes the high spec consoles to their limits and boasts max frame rates on Xbox One X and Playstation 4 Pro, I’d expect a PC to push the boundaries even further.

Before I go into career mode, I will get the online multiplayer sections done and dusted. Ultimately, most players will go into this type of game with the long term goal of investing their time into fighting real life opponents online. With the eradication of Ultimate Team, I wondered whether there would be enough here to keep the hardcore fans of the series engaged for the long term.

A new mode titled “Blitz Battles” has made its way to UFC 4 and is a fast paced mode where players will compete with others in a rapid fire tournament. What I liked about this is the ruleset appears to change daily and usually last out one round per match. The ruleset I tried out was one round and land as many strikes as possible and try to win based on this rule. This is an ideal pick up and play mode if you’ve only got ten minutes to spare and need a quick fix.

The online world championship mode will allow you to take your very own created fighter online or a pre-selected choice of the particular weight class in contention. Here you will try to win fights to progress from division 10 to the very top of Division 1. This instantly reminded me of the FIFA seasons mode where poor performance will see you drop down divisions if you’re not consistent with your winning techniques.

Several casual online modes allow different types of rulesets and my particular favourite was a mode where you can just play with no grappling or submissions involved whatsoever. EA have really thought outside the box and intended to try to cater for everyone in the online experience. There are micro transactions in UFC 4 but they are purely for cosmetic use and don’t give players an advantage over others. I particularly enjoyed the progression system and the fact you can level up through any mode you played, doing so would reward you with cosmetic items such as clothing, hairstyles and other unlocks. EA states that there is the opportunity to unlock 1600 pieces of earnable gear and 120 emotes to be used by fighters. 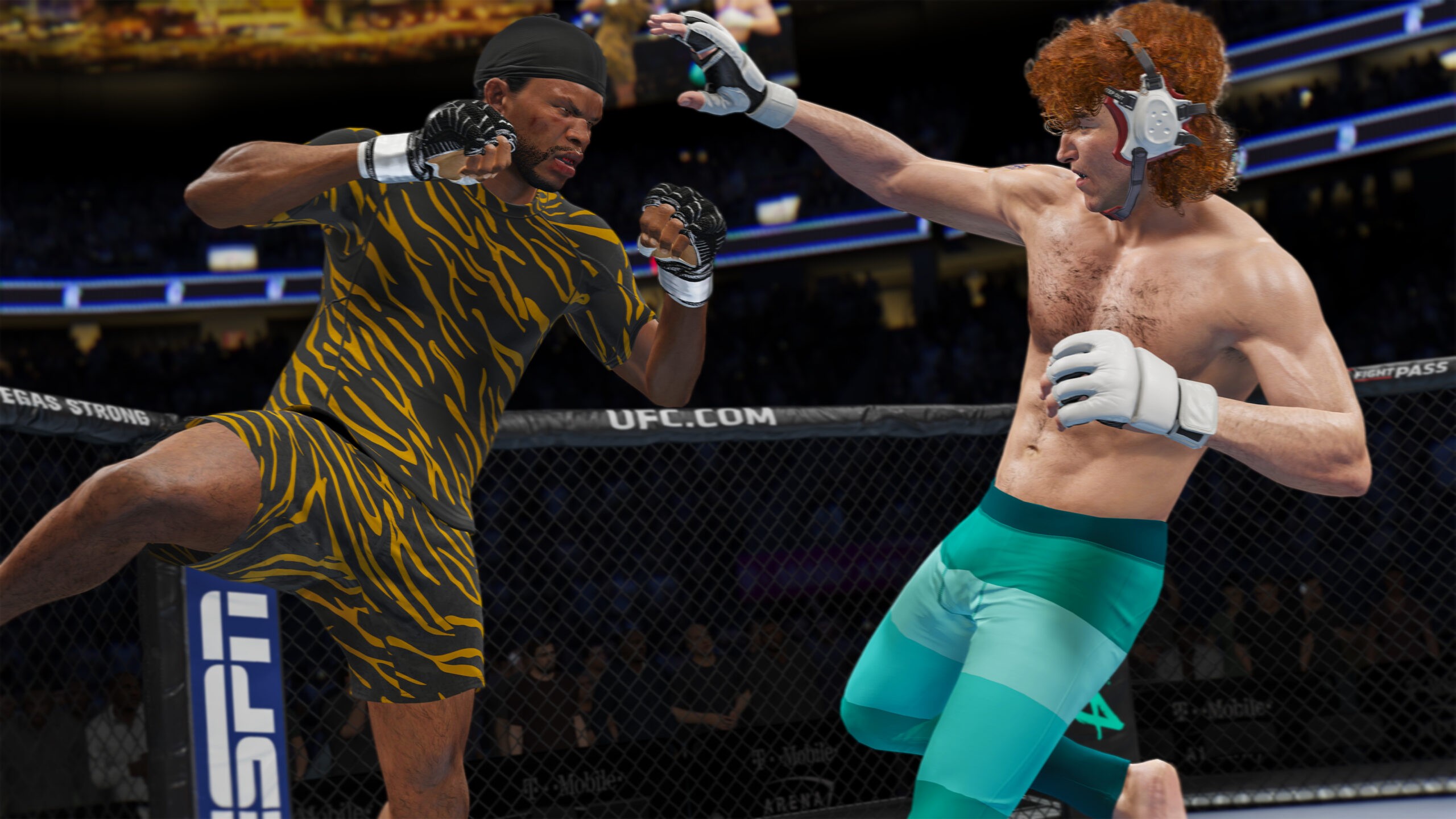 If you are the kind of player who hates to just jump into online multiplayer on games and learn the hard way, then there are enhanced tutorial options and practice sessions awaiting your selection and some of these are within career mode. Sparring and slow introductory training sessions really integrate the basics into your play and allow you to learn the different strikes, grapples and much more. I actually learned more from playing through this first few sessions of career mode along with practice than I have done over the past three instalments combined.

Career mode is much deeper than ever before with introducing a new interactive coach who will guide you through your future of UFC. You are given a host of different choices to set off your career, you can choose to rise through the ranks of the WFA first, go to Dana White’s contender series or directly into the UFC itself. You will have to prove yourself, whichever route you decide facing off in a batch of trial fights before you face a real crowd.

Your fighter will grow and improve based around your choices within the gym environment or the octagon itself. What is really great here is your character will progress in how you like to fight, so if you love strikes and body attacks then you will get stronger and shape into that mould as you go through each phase. It really felt like I was the one responsible for the build of my character. There are more choices as you plough through your career, such as heading into huge fights with an injury. This really has you on your toes as you will have to adapt to ways of fighting outside of your comfort zone and different attacks than you usually would use.

It feels really personal and along the way you’ll be able to interact with your fans, other fighters and promoters to build up your persona and reputation in and out of the octagon. You can cause beef over social media and even cave in your sparring partner’s face in and cause a ruckus with them, this can turn sour if you’ve picked a UFC champion to spar with.

Along the way you’ll play through many arenas in your path to success, but there is some bottom of the barrel ones as well. The backyard, Action Avenue, UFC Apex and tradition of the kumite make up some of those places. The team has done a fantastic job with the immersion, the visuals and the blood splatter as always. Sound effects are spot on and the soundtrack is licenced music which is a mixture of artists.

Overall, I hugely enjoyed playing a brand new UFC title in the series. UFC is always a game that excels from one to the other, but in more noticeable ways than other sports titles. I had great fun with the career mode, which took me around ten hours to reach my personal endgame. The real longevity is between online modes, which will keep hardcore fans invested until the next game in the genre rolls along. EA have stated that there is no upgrade being worked on for the next generation consoles, even though the game will be compatible. Whether this is something that will be discussed again in the near future, I am not too sure. There is something for everyone in UFC 4 if you’re interested in fighting with its longevity in the online modes. UFC is always a game I love to dip back into and number 4 ticks all the boxes. Go and get on that EA access trial and try it for yourself!

UFC 4 pounds its way into the current generation, with improved physics, mechanics, visuals and modes. Career mode is the deepest and best yet and Online World Championship adds real longevity to a much improved instalment in the series!