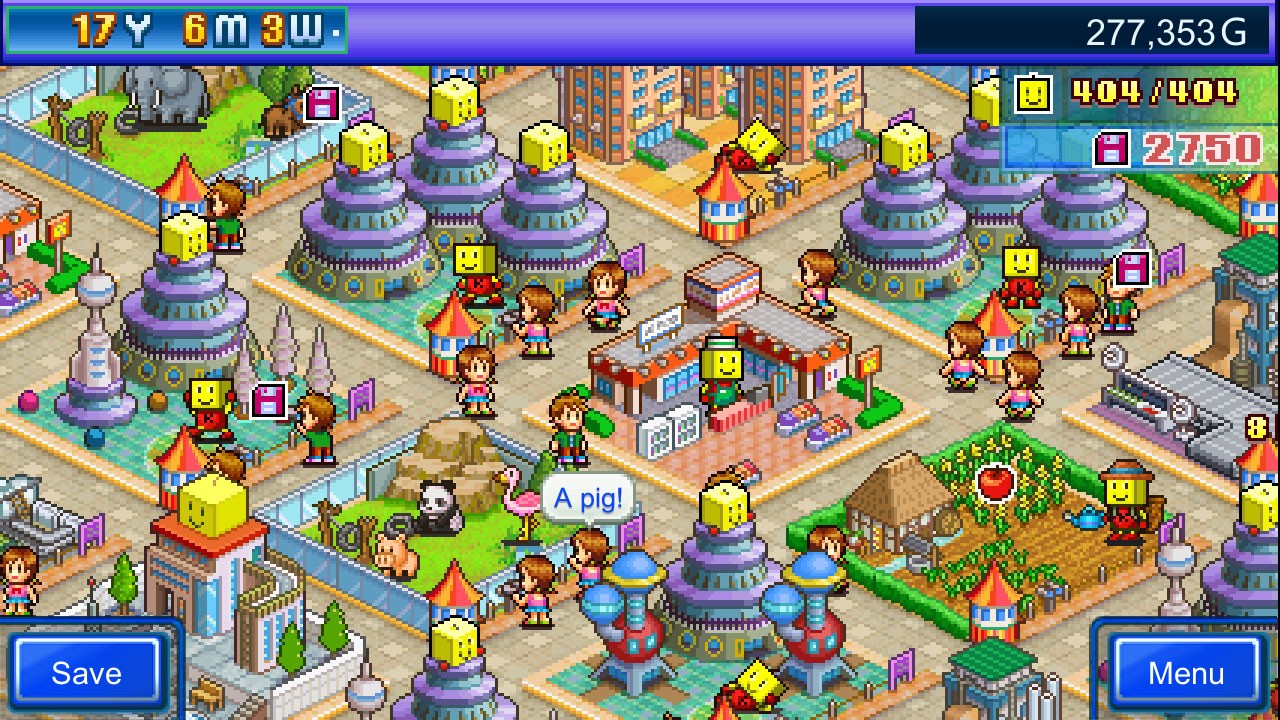 Over the years, Japanese Studio Kairosoft has made a name for itself by offering entertaining bite-sized games for different game systems, although fans of the studio might have seen most of these on mobile platforms. Most recently, the team over at the studio launched “Kairobotica,” which retains elements from a lot of its other titles, namely its series of simulation games. Kairobotica combines a management sim game alongside a turn-based RPG system. Is it good though? Let’s take a look.

Kairobotica wastes no time in bringing you up to speed with what’s happening in its cartoony in-game universe. You begin on a mostly-empty space colony, where you are tasked to create Kairobots for the specific purposes of intergalactic peacekeeping. The game initially starts you off with objectives to create facilities to mass produce your Kairobots, and likewise gives you a handful to choose from, which includes housing for your bots, a factory for production, and a farm. You’ll be able to unlock other types of facilities later on, and upgrade existing ones as well – likewise, you can expand your colony to provide more spaces for your facilities. It’s all straightforward, and you’ll gain access to these upgrades by earning points and items from battles, which brings us next to in-game combat. 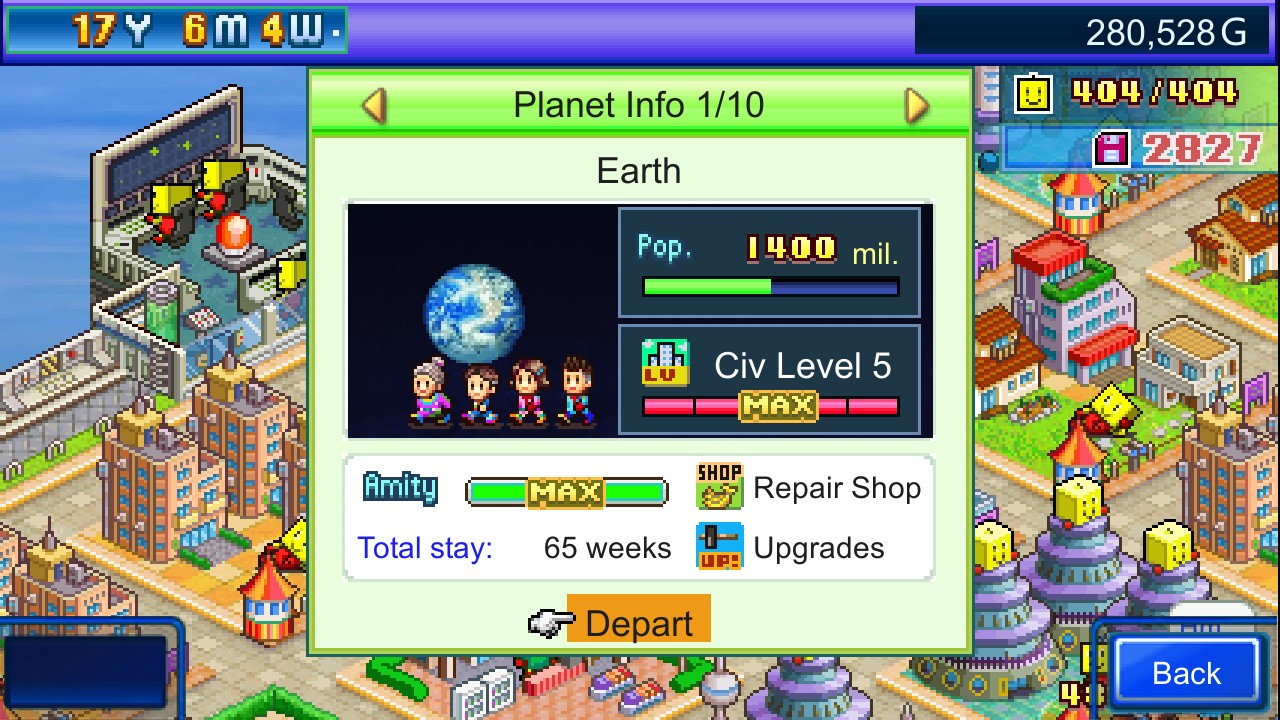 Once you’ve constructed enough Kairobots (you’re given an initial cap), you can then take on missions via the Patrol hub, which gives you a list of missions to choose from and the rewards you can earn from those missions. The missions change from the isometric view of your colony to a side-scrolling set-up with your Kairobots in view. The missions are pretty simple in nature – you encounter a predetermined list of enemies of different variants (mostly modelled after food, which I found quite amusing), and either choose to fight them or retreat. Defeating your foes in battle earns you experience points to level up your Kairobots, and money and items to upgrade your facilities. If your Kairobot team gets annihilated, however, you get sent back to base where you must construct a new batch of bots.

Additionally, you can unlock more skills as you go through the game – battles are made interesting with the addition of allies who can assist your Kairobot party and help you vanquish foes. Your Kairobots can also unleash more powerful attacks during battles once they fill up a special gauge during combat, a bit similar to the Limit Break gauge in the original Final Fantasy VII. While the battles may look simplistic at first, you must learn how to balance your resources and figure which missions will give you the optimal amount of experience points needed to properly level-up your Kairobots. A couple of times I rushed into battle thinking that the ordeal would be a piece of cake, only to be met with foes that effortlessly took down my team one by one. 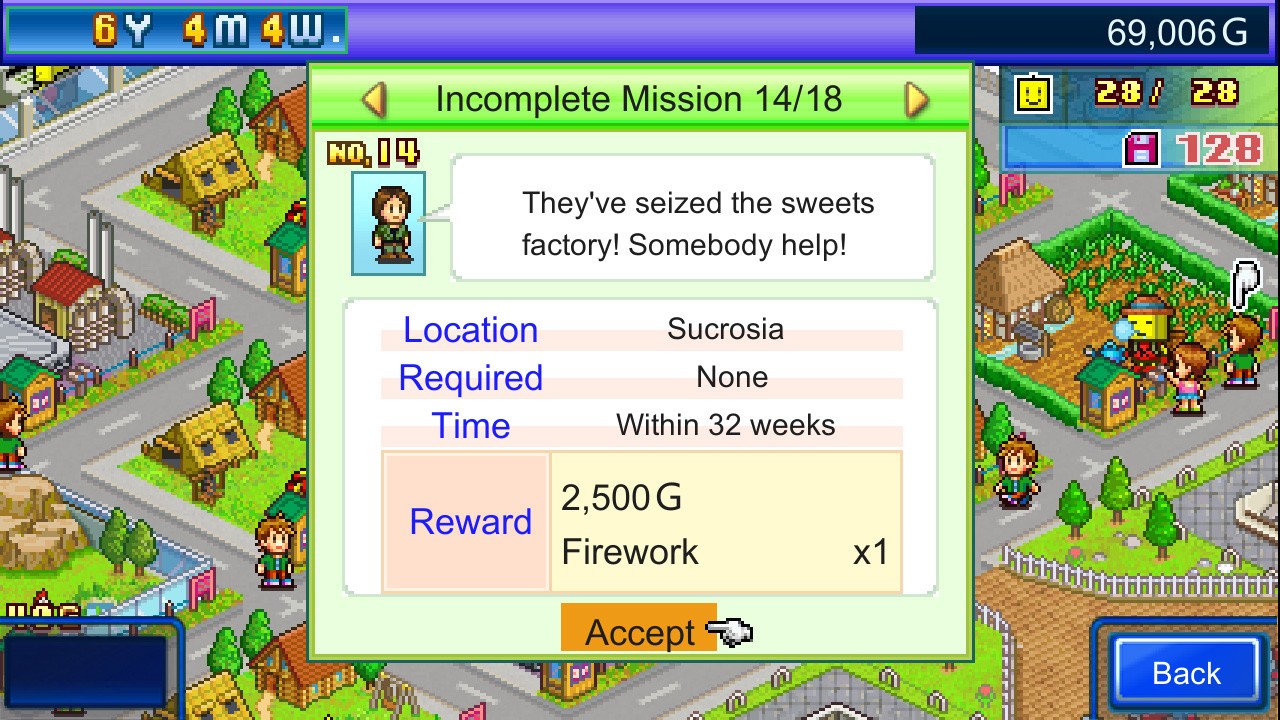 As far as graphics go, Kairobotica’s in-game visuals remind me a lot of the pixel and sprite-based games of the Super Nintendo and Gameboy Advance platforms back in the day, and it certainly has a light-hearted and carefree charm to it. Kairosoft sticks with this type of look for nearly all of its titles, so it’s kind of expected that they’ll maintain this style for Kairobotica. While others might find the graphics too simplistic or “retro” for their tastes, I personally found it appealing, and given the game’s simple-but-fun premise, and it certainly made for an entertaining time. The same can be said for the game’s music and sound, which fits the tone of Kairobotica perfectly. Again, this is kind of a throwback to the GBA games of old.

So should you get Kairobotica? Well, if you’re familiar with Kairosoft’s previous offerings and are constantly after the studio’s latest releases, then by all means get this one. It offers good gameplay and players looking for a title with a “back-to-basics” feel will find enjoyment with this one. On the other hand, newcomers should understand that this bit-sized title – with its graphical and audio limitations – makes up for these with some solid gameplay.

Kairobotica offers a fun time in a small, bite-sized package, despite some limitations.