Home
/
Blog
/
How Japan can win back the West‏
Share Review 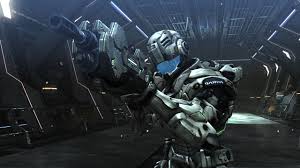 It is true that if the Japanese game industry is to flourish again, it’s going to have to do a better job of appealing to the ever increasing Western market. Sadly, far too many Japanese studios have made the fatal mistake of thinking that we want to play Japanese games made by Western developers. It doesn’t work like that (just ask Capcom).

If you’re going to make Japanese video games, make sure they are made by Japanese developers – the quirky design choices and unique cultural traits are what make them appealing to most Western gamers……just make them, you know, good. If however you are looking to appeal to Western audiences by creating something a little more familiar to their shooter indulged pallets, sure, do it by creating a Western style game, but again, make sure that it is made by Japanese developers.

Don’t get caught up with the brand, and please Japan, never deliver another ill-advised Lost Planet 3, a Westernised take on a once loved franchise (I loved it anyway), that had all its charms stripped away by moving development to the West. It wasn’t like it was a particularly bad game, but by removing the more traditionally Japanese traits that made it stand out in the first place, we were left with a solid but ultimately forgettable thrd-person-shooter. No, do it like Platinum and Sega Yakuza Studio – yeah, that’s how Japan should do Western style gaming; an homage to what the West does best without ever losing track of what made us gamers love Japanese developed video games so much in the first place.

Playing either of those games, you can’t fail to see the Western influence in the basic mechanics and core controls, but equally, even from the screenshots, you can just as easily tell that these were both developed in Japan. From that sharp, mech inspired aesthetic to the uniquely Japanese character design, both represent a perfect coming together of East and West and surely the best templates for future Japanese developers looking to appeal to a wider audience. 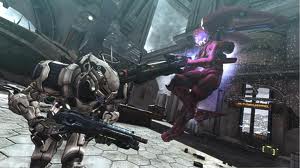 While both succeeded to one degree or another and both are certainly worth playing, in Vanquish, Platinum may have created the finest third-person-shooter of the generation. In taking the most positive aspects of the Gears series and adding speed, charm and colour (all be it with a lot of white), Platinum have created the perfect template to follow; take what works and then add a sprinkling of Japanese – et voilà. Let’s just hope that companies like Capcom learn quickly and that we don’t end up with another generation of outsourced Japanese video games that are, well, for the most part, no longer Japanese. Give us quirky, give us odd, and for the love of God, stop paying attention to Call of Duty.