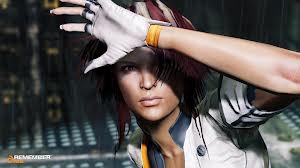 The gameplay might not be hugely innovative, but everything here works. Sure, Remember Me doesn’t bring anything particularly new to the table and the gameplay is linear to a fault, but the basic platforming is fine, the general cast solid (if unspectacular) and, above all else, its customisable combat, while a tad slight, is enjoyable and largely entertaining.

What sets Remember Me apart however is its fantastic, rounded and well written female lead, Nilin. In a year in which BioShock Infinite’s, Elizabeth, Tomb Raider’s, Lara Croft and The Last of Us’, Ellie have all represented brilliantly portrayed female characters in an industry which has historically fallen a little too comfortably on the side of outright sexism, it is criminal that the equally brilliant, Nilin will likely go largely unnoticed.

The same could be said of the games’ fantastic portrayal of a futuristic Neo-Paris which, despite the inherent linearity of the game is one of the most memorable video game worlds of 2013.

The bits that aren’t great are usually good, and the bits that are great are, for the most part, really great. So, overall, a pretty decent game then, one certainly worthy of greater attention than it was afforded and one that is now available for free to PlayStation Plus subscribers……quite the deal. 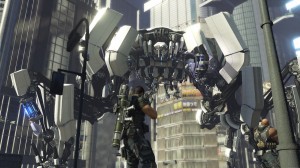 This is how Japanese developers should appeal to the Western market – Western mechanics with all the visual and artistic flair that is associated with Eastern development. Along with Vanquish (another game that was arguably underrated), Binary Domain does a great job of bringing East and West together in a way that outsourcing never will.

With its solid mechanics, interesting cast of characters and brilliant setting, Binary Domain stands as one of the more interesting third-person-shooters of the generation. While it is artistically interesting with its uniquely Japanese traits helping it stand out from the crowd, it’s arguably its core shooting that really sets it apart. While the weapons themselves are rarely more than solid, it’s the feedback from your enemies that make all of the difference. As pieces fall away from your mechanised foes, you get a tangible sense of the damage that each round is doing, making the simple act of gunning down your enemy more visually dynamic and certainly more tactical than your average shooter.

It’s not perfect by any stretch, but in an overcrowded market, Binary Domain does enough to make it feel unique in a sea of brazen imitations. 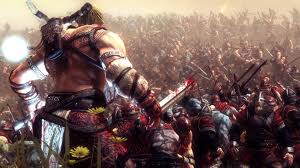 A game that, for me at least, took a while to click, but once I got into the rhythm of the game, the combat and the large scale battles had me absolutely hooked. The structure might be a tad repetitive, but I found the build-up from small skirmishes to all-out battle hugely enjoyable with the simple structure proving consistently addictive and compelling.

It’s a basic system that sees you and your warriors move your way across the map as you defeat increasingly powerful enemies, but it worked in its own simple way and, thanks largely to the brutal combat and solid sense of place, never got boring. It’s visually decent and technically very solid. It’s not trying to do anything particularly new, but like so many on this list, what it does, it does very well. 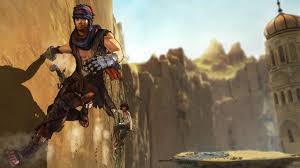 This is a strange one. Upon release, Prince of Persia was heaped with praise (and rightly so), but somewhere down the line, it seems that everyone changed their tune and got to hatin’ or whatever. I don’t know what happened, but I tell you this much, Prince of Persia did not deserve the bizarre backlash that it received.

Many berated the orb collecting, others the overtly American voice acting while many saved their hatred for the lack of actual death in the game. Now, I get the voice acting thing; Nolan North, while his usual charming self, was too Americanised for the Prince, but hey, judged on its own terms, it’s actually a very solid vocal performance and certainly more interesting than the more stoic Prince found in previous outings. The other issues though? I don’t get it. The orbs were optional, providing a pleasant additional challenge for those looking to do a bit more exploration while the open world setting, while not used to the greatest effect, never deterred from the outstanding gameplay while successfully giving the world and each area a greater sense of place.

As for the deaths……come on, it’s just a checkpoint system. Why do you have to see the Prince die if he falls. In terms of the actual effect, whether it be a magical hand or a face first fall onto a bed of spikes, the results would be exactly the same: you get pushed back to a checkpoint. What’s the big deal? I don’t get the bloodlust, and in a game of such beauty, I honestly think moments of gore would have felt wholly out of place.

And, oh my, what beauty. With its distinctive art style and gorgeous animations, Prince of Persia still stands as one of the most striking games of the generation and to this day, one of my favourites. 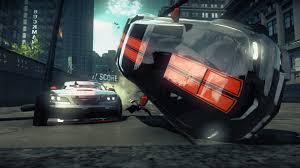 As much as I love the Ridge Racer series, I absolutely hated Bugbear’s ‘Westernised’ take on the series when I first played it. It didn’t look like Ridge Racer, it didn’t feel like Ridge Racer, but worst of all, it was hair pullingly, controller breakingly infuriating. Winning races seemed outrageously difficult, the loss of a place effectively the end of my race; one mistake and it was seemingly all over. Sure, the destructive scenery was fun enough, but it didn’t seem to add a great deal to the overall experience, and besides, did I mention that I kept losing?.

I kept at it though and, yeah, it turns out that I was playing it wrong. That may seem like a strange statement in regards to a racing game, but more than any other I can think of, Ridge Racer: Unbounded is a game in which you have to get into the ebb and flow of boosting, boosting that is achieved by smashing into sighs, smashing through scenery and smashing up your competitors. All that smashing it turns out isn’tjust a pleasant little addition to help spice up the racing, it’s absolutely essential to your chances of success and absolutely integral to the structure of the game.

Once I got into the rhythm of Unbounded, once I realised the importance of building up my boost meter and using it in order to build another boost via the boosts own destructive abilities, I was hooked. It all links together so perfectly – smashing through scenery, taking down other racers, Unbounded is a game that ensures, nay, demands that you are in the zone at all times. It won’t be for everyone, and wasn’t for me at first, but submit to its unique demands and you’ll find that Ridge Racer: Unbounded is amongst the finest arcade racers of the generation…….even if it does have a totally sh*t name.