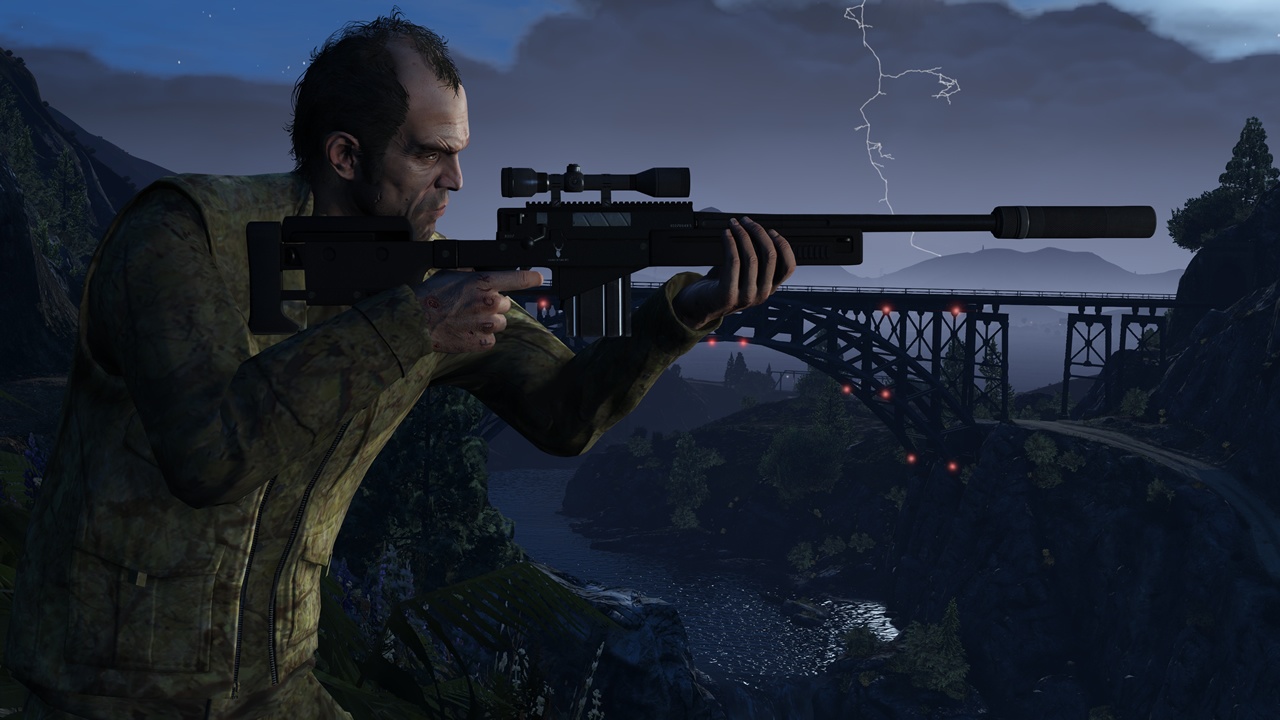 When Rockstar first started the GTA series, no one would have known how big it would have become since that original top down Grand Theft Auto arrived into our lives. Grand Theft Auto V is the latest edition of the hugely successful of the series and again Rockstar have hit the nail on the head with what can only be described as a near perfect extravaganza in gaming. Literally there is so much on offer that you will be playing GTA V well into the next year and then some.

Los Santos is a huge metropolis full of self-help gurus, starlets and once-important, formerly-known-as celebrities. The city was once the envy of the Western world, but is now struggling to stay afloat in an era of economic uncertainty and reality TV. Amidst the chaos, three unique criminals plot their own chances of survival and success: Franklin, a former street gangster in search of real opportunities and serious cash; Michael, a professional ex-con whose retirement is a lot less rosy than he hoped it would be; and Trevor, a violent maniac driven by the chance of a cheap high and the next big score. Quickly running out of options, the crew risks it all in a sequence of daring and dangerous heists that could set them up for life. As expected there is an incredible attention to detail and Grand Theft Auto’s darkly humorous take on modern culture begins the minute you begin playing. 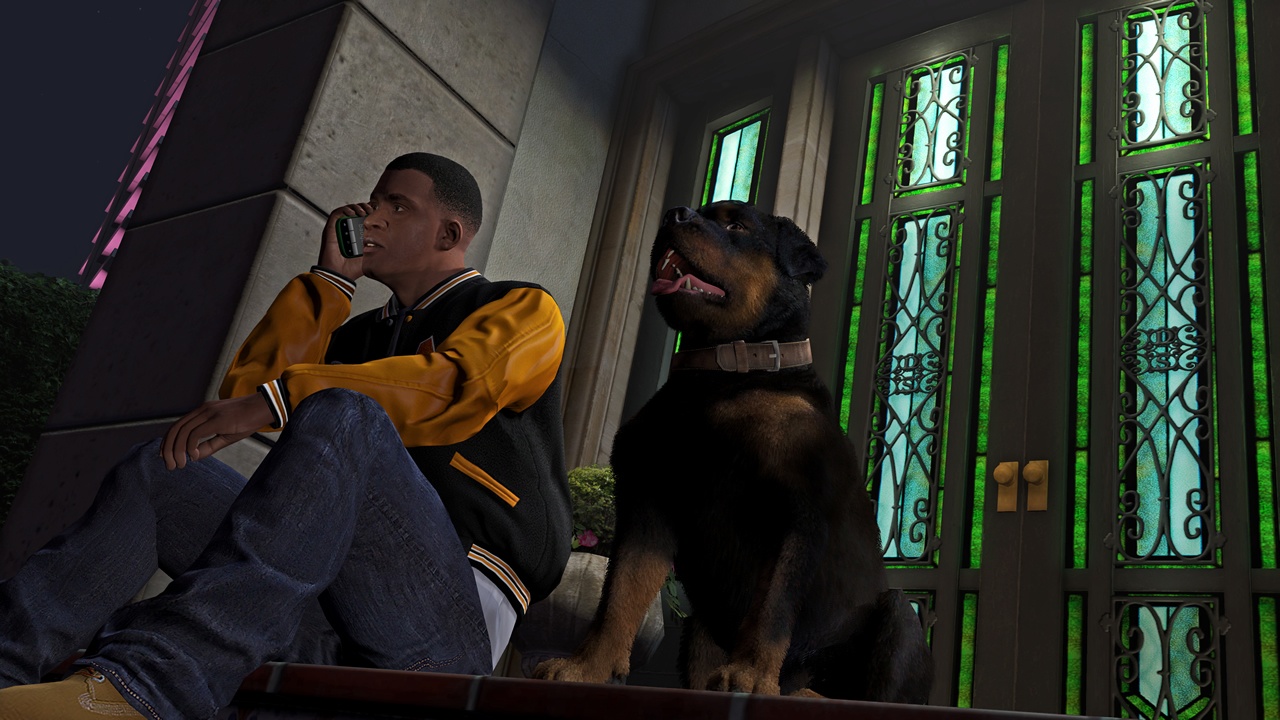 There are so many various heists, side missions, random events, earning/ spending money to contend with that it is impossible to describe in such a way to do GTA V justice. Whether you are chasing muggers, flying planes into each other or simply buying property, if you’re willing to put the time in then the enjoyment you will experience will be almost limitless. The random events are reminiscent of L.A. Noire but in general are much more enjoyable in GTA V. The multi-levelled heists are scintillating set-pieces and round off GTA V perfectly; jumping between the three lead men is effortless and really adds to the GTA V experience.

The graphics are one of the best you’ll see, the attention to detail is truly amazing, whether you’re running through the mountains, driving past the desert or carjacking downtown. There will be times when you pause what you’re doing so you can take in the scenery. You could argue that the characters on show are probably the least good looking graphic compared to the rest of GTA V but there still pretty detailed and authentic. Audio wise GTA V would be a Grammy award winner. There are so many radio stations to listen to, the voice overs are excellently, the dialogue is funny and rarely repeats whilst the general feel of GTA V just sucks you in. 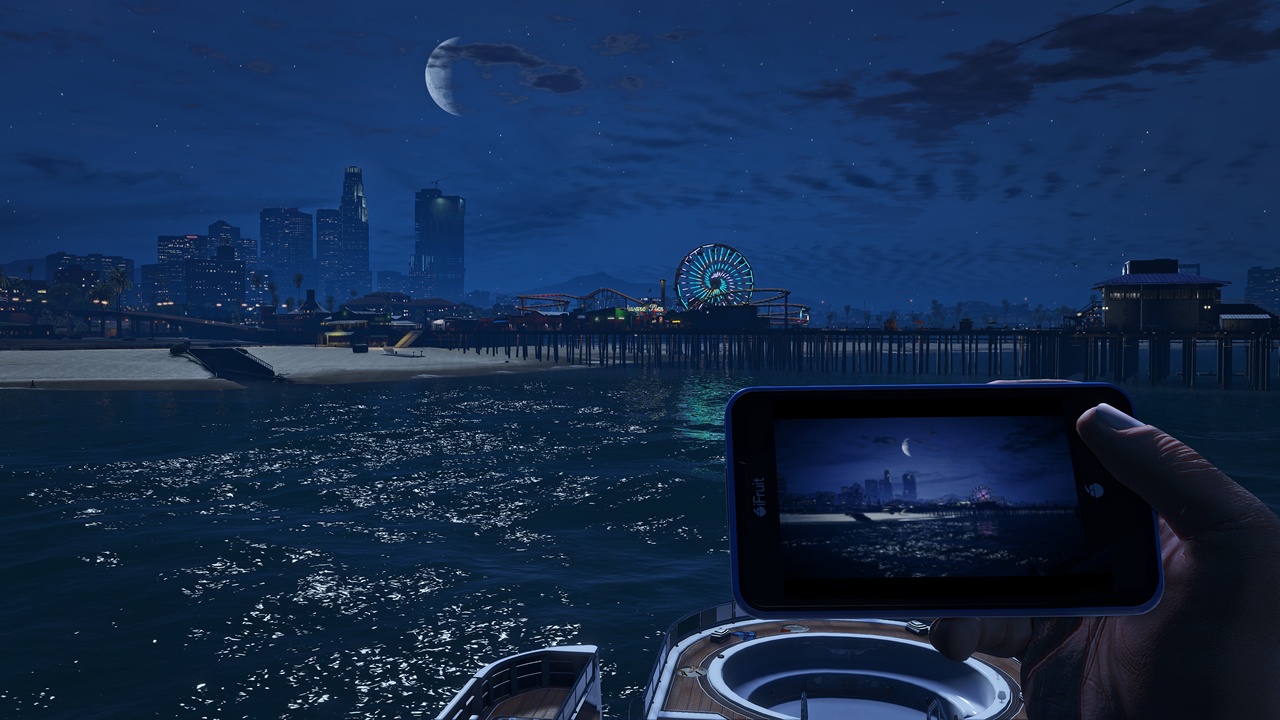 Navigating through GTA V is an immersive experience. The cover system has been improved but there are a few little niggles here and there, with so much being presented perfectly the imperfections are more noticeably such as the odd frame rate dips but they’re such minor quibbles there not even worth mentioning a second time.

GTA V is the biggest, most dynamic and most diverse open world you will have played in, Grand Theft Auto V has managed to blend storytelling and gameplay in innovative ways as players repeatedly jump in and out of the lives of the game’s three main characters, playing in a variety of situations contained within the game’s superbly interwoven story. GTA V is a game that every gamer will need to have played, it’s one of the best gaming experiences you will have ever come across and it will be talked about for many years to come.