In an age when a release without a number after it is seen as a decidedly risky proposition, it seems foolish to wish for more sequels, but there are some titles out there that are nonetheless screaming for a follow-up. Be it the promise of a continued narrative, an element of unrealised potential or just plain awesomeness, these are just some of the games that we at Bonus stage believe are deserving of another shot at glory. 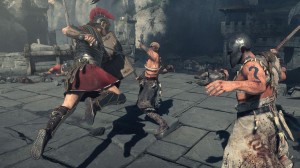 It wasn’t everyone’s cup of team, but there is no doubting the potential inherent within Crytek’s historical brawler. Arguably the best looking console video game of all time, Ryse: Son of Rome is one of those odd games that actually did very little wrong upon release – it simply needed more; more combat, more multiplayer and more story. Perhaps it was a by-product of its place as  a launch title, but Ryse is a game often criticised more for what it was wasn’t than for what it was.

What is there is undeniably good, but despite being pleasingly brutal, the combat is certainly in need of some variety. It’s still cathartic stuff, but once you’ve slain your umpteenth identikit enemy with the same old quick time kill move, the allure invariably starts to wear off. A little more variety in the enemy design (embrace the mythology of the time if need be) and a little more refinement to the battle system would go a long way towards turning Ryse: Son of Rome from a good game into a potentially great one. 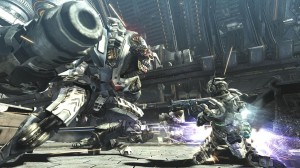 One of my favourite games of the last generation, Vanquish did just about everything right on the first attempt, except for the multiplayer of course…..which didn’t exist. I’m not one for unnecessary multiplayer being thoughtlessly tacked onto a shooter for box ticking purposes, but of all the shooters released last-gen, Vanquish is the one that deserved it the most. The ultra-fast pace, the imaginative weapons and gorgeous art design were all befitting of a multiplayer mode that would have surely stood out from the predominantly grey and brown crowd.

Beyond that though – I simply want more Vanquish. Arguably the most successful coming together of Eastern and Western video game design of the last generation, Vanquish represents Platinum Games on top form and stands comfortably as the best game you ‘probably’ didn’t play on your Xbox 360 or PS3. A sequel may never come, but if you’re one of the many who are yet to experience this absolute classic, I suggest running your ass down the shops right now……..or going to Amazon as many folk do nowadays. 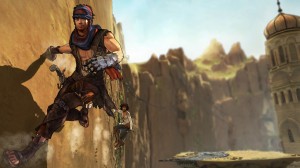 Sure, there have been loads of Prince of Persia sequels, but there haven’t been any for my personal favourite – the 2008 reboot. It might not be everyone’s favourite Prince of Persia (in fact, I might be the only one), but this is a game that has been retrospectively mauled by an array of critics that initially gave the game glowing reviews. Perhaps it was the player back-lash against the lack of actual death, but for whatever reason, Prince of Persia’s reputation has been unduly and unfairly sullied.

Personally, I don’t get it. Sure, there was no death, but the checkpoint system worked in the exact same way. Do you really need to see the Prince fall to his death? I didn’t then, and I don’t now. Gruesome deaths wouldn’t have suited the reboot’s distinctive style and the open world, unique art design and more relaxed pace that so many have criticised, are without question the primary reasons why this remains one of my favourite games.

A negative response from gamers and an apparent change of heart from critics clearly put an end to any potential of a direct sequel, and you know what; it’s a terrible shame. When Assassin’s Persia inevitably arrives in the not too distant future, we (many of us anyway) will think back to this hugely underrated reboot with a reverential sigh and a heavy heart. 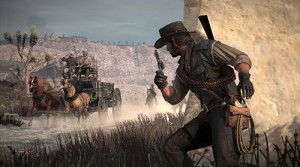 Certainly the most likely on this list to actually receive a sequel, it can only be a matter of time before we see Rockstar return to the good ol’ Wild West. GTA might be what the company is famous for, but I’d argue that Red Dead Redemption stands as their greatest achievement to date.

GTA V is arguably the most technically impressive video game of all time, but Red Dead Redemption feels like a more natural fit for Rockstar’s peerless brand of open world violence. Without the array of increasingly annoying social commentaries and largely witless attacks on modern brands, Red Dead instead relies upon gorgeous artistry and a considerably more adult tone to tell its tale.

Everyone remembers the journey into Mexico (and rightly so), but Red Dead, more than any other game, delivers an array of quietly memorable moments that are often unique to each player. It still does action as well as the best of them, but rather surprisingly for a mega budget triple-A release, it’s the quieter moments that tend to stick most firmly in the memory.

A new generation and the additional power those machines bring inevitably widen the potential scope of the series, but even if a much sought after sequel delivered little more than the same world with a new coat of paint, I for one would happily get back in the saddle. 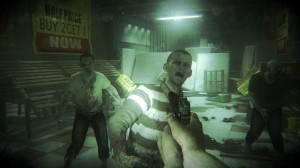 Like many launch titles, ZombiU is far from perfect, but unlike the majority of Wii U games released since, this underrated gem found a fantastic use for the GamePad and Ubisoft subsequently delivered a genuinely scary zombie shooter, one that, unlike recent Resident Evil releases, managed to find that sweet spot between action and horror.

Somewhere between Dead Island and Dark Souls, ZombiU has all the hallmarks of a standard first person shooter only with a combination of vulnerability and perma-death combining to create an extremely intense experience. The scares don’t so much come from the enemies or your surroundings (although both deliver their fair share), but more from the simple fact that death can come at a moments notice……death that steals all your stuff..

Again, it was far from perfect and certainly had its problems, but ZombiU got so much right and showed so much potential first time around that it is arguably more befitting of a sequel than any other game on this list – surely a sequel could have ironed out the problems and fully delivered on the already strong premise and rock solid core mechanics. Sadly, thanks to disappointing Wii U sales, there is every chance that said sequel will never see the light of day.