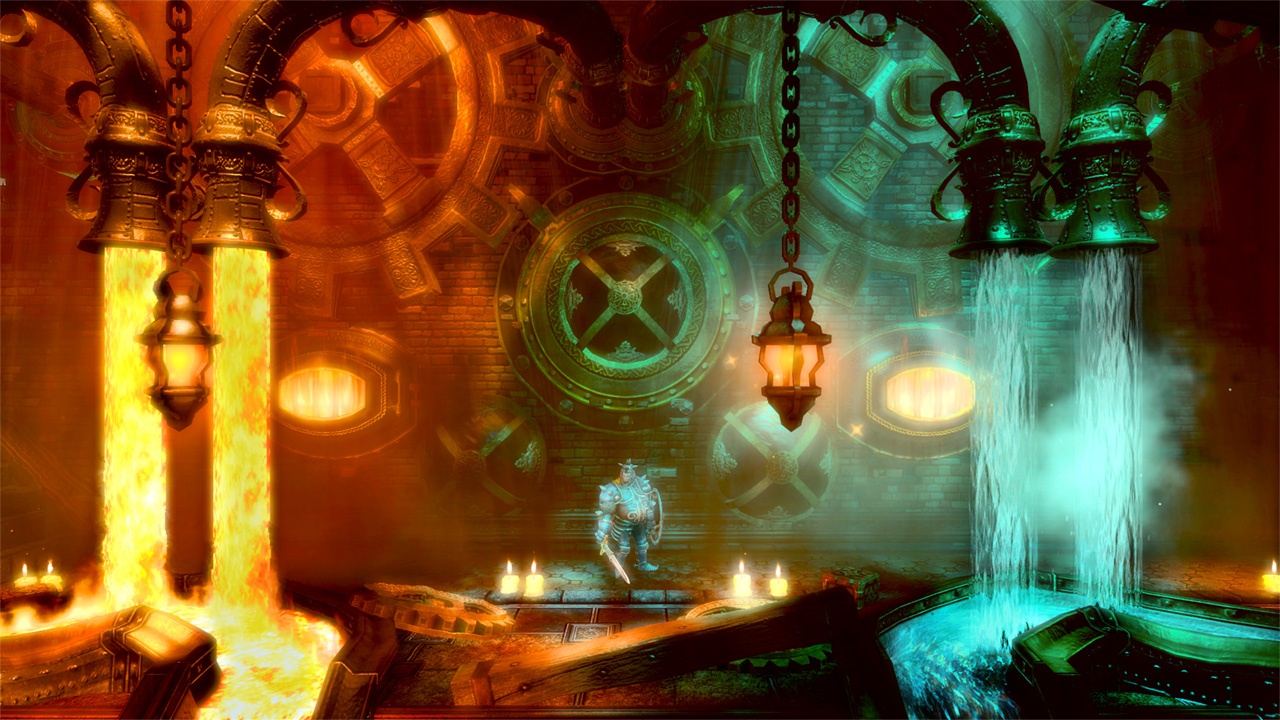 I have heard a lot of great things about Trine, and the fact that it was good enough to have a sequel and now a re-release of the original suggested that these statements are true. So I thought I would take the opportunity when it was presented to me and play it on the PS4. I was very excited to play this as the first Trine game had scored an 8/10, so with the addition of updated graphics this game should be even better!

Trine revolves around 3 heroes each with different abilities and skills; you must use these skills to beat dangerous puzzles and defeat aggressive enemies. Trine’s story is cleverly told in the style of an old fairytale. You progress further into the game as the pages turn, taking you deeper into the story. I found the voice acting really carries the story. The man narrating the main story did his job perfectly; at times I actually felt I was being read a bedtime story shortly after being tucked in. The voices for the 3 protagonists were also high quality, so story wise the game was great. 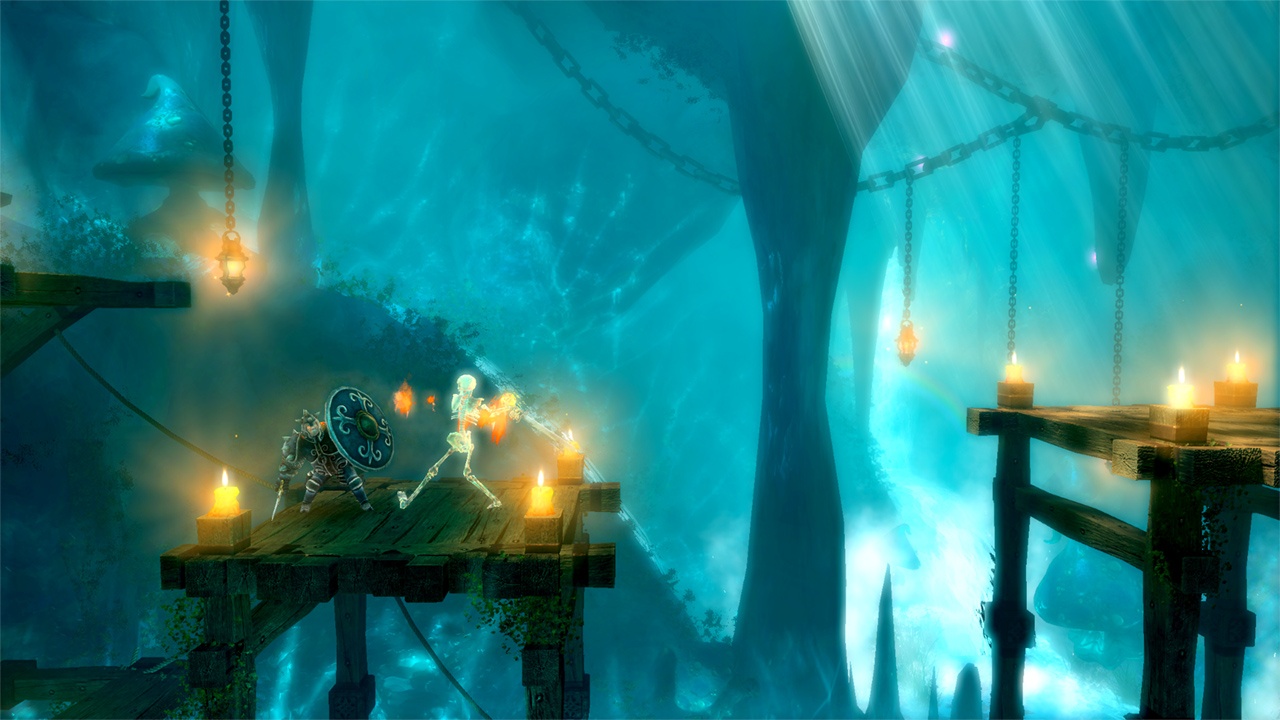 The gameplay is based on completely interactive physics puzzles, each of the characters help largely in different ways. The knight is equipped with a sword and shield, his main asset is to fight enemies without a hitch. This comes in handy during combat with the bigger and stronger enemies. The knight’s shield can help by deflecting fire balls or blocking arrows that are fired at you by other baddies. Then we have the wizard, who has the power to spawn boxes and platforms to aid you from getting to point A to point B. He can also move heavier objects that block your path such as rocks or stone boxes.

And finally, my personal favourite, there is the arrow lady (I’m not sure what the correct word would be). Her talents consist of shooting arrows at enemies or certain items like sticks to make a fire. Her flame arrow is very effective against enemies, but her normal arrow also does a standard amount of harm too. She also has the ability to launch a grapple hook to swing across pits of fire, if that sort of situation ever arose. I was very impressed at how all of characters were equal in usefulness. In games with multiple playable characters I usually find that there is a clear leader throughout the whole game, which defeats the object of this idea. 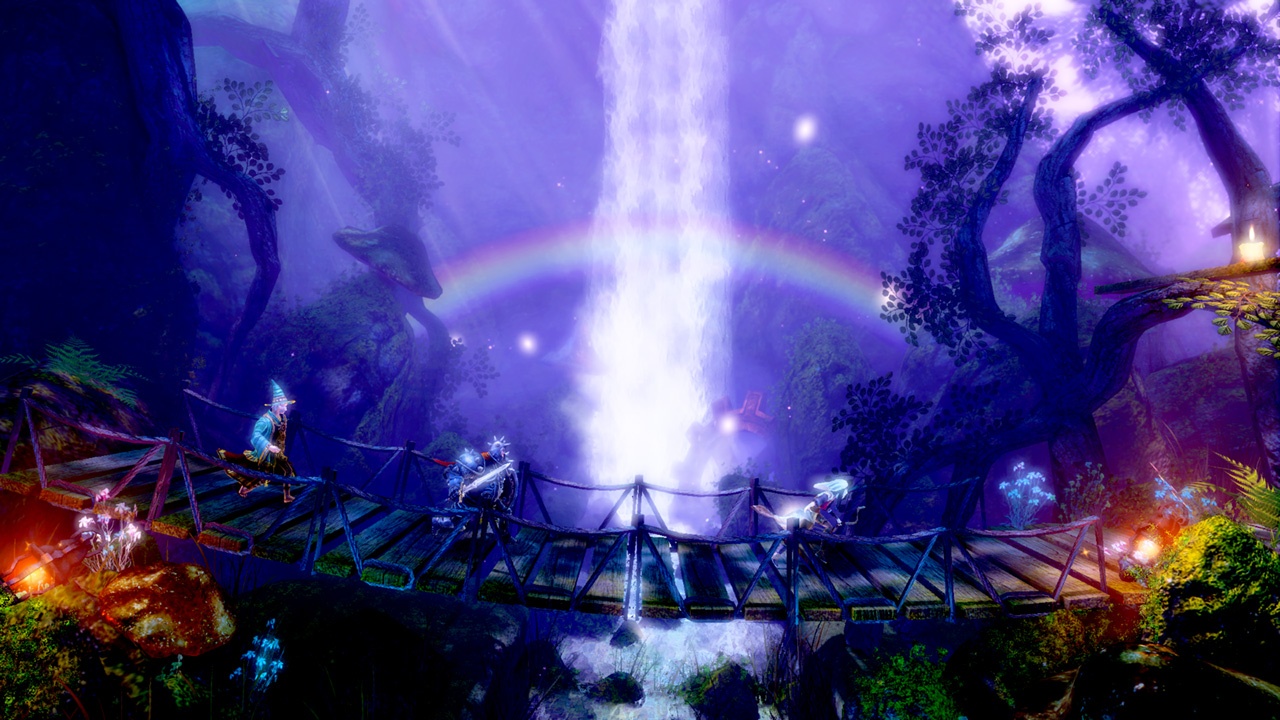 One of the obvious advantages to re-releasing a game would be to update its graphics, and this was a definite plus point for Trine Enchanted Edition. The game really does look beautiful and stunning! The graphics are beautiful and the aesthetics of the game are very colourful. The game also did a great job with the detail in the backgrounds; at times you can just stop and look at the environment while being entertained. My favourite aspect was the puzzles and the range of difficulties that they were. Some were easy enough to do in my sleep, but others had me pondering around 10 minutes. The music was also very atmospheric, and added more to the fairytale idea.

I’m going to give this game a 9 out of 10, the cleverly thought out physics based puzzles gave a difficult yet enjoyable challenge to it. The mood lighting was perfect and the fairytale atmosphere was amazingly created. The level design was expertly tailored for the puzzle enthusiast. I’d without a doubt recommend this to anyone who enjoys puzzle games, and anyone who appreciates amazing video game design. This is a work of art!