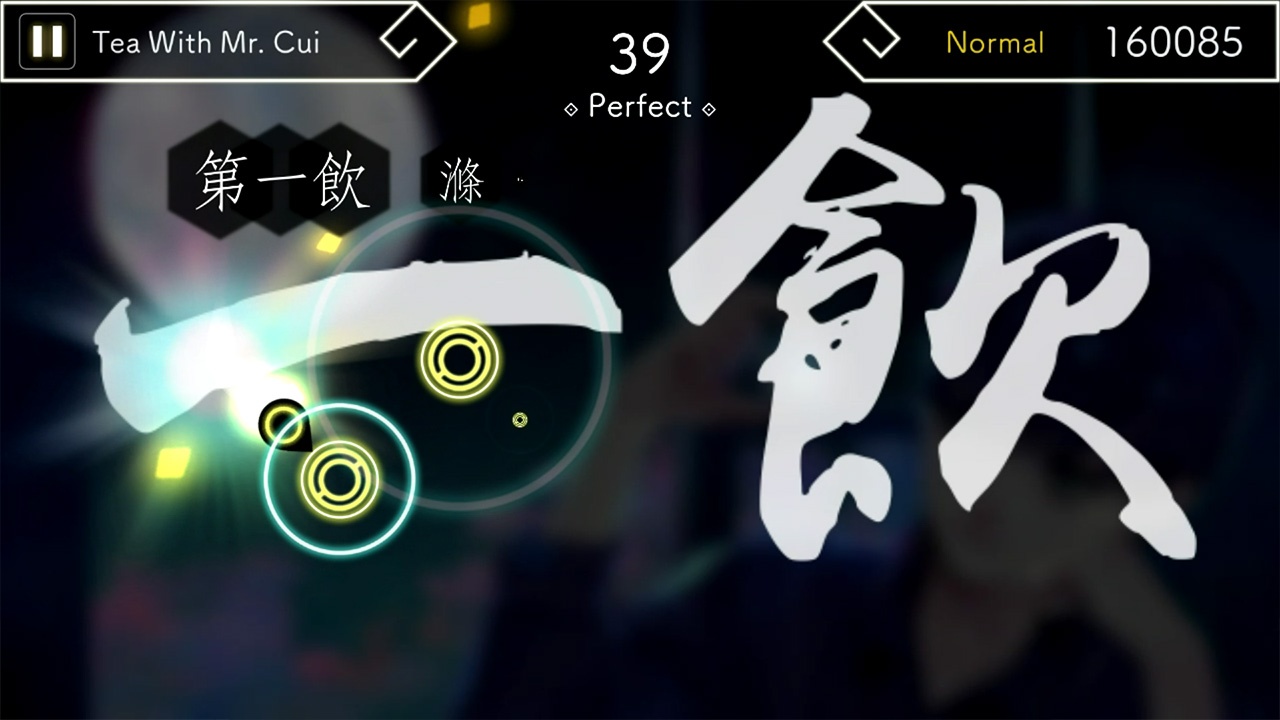 There are a lot of ways to help infuse history and cultural knowledge with other mediums. Over the last few decades, we’ve seen interest in historically set pieces in all forms, from movies and television to books and games. They range from the totally accurate and molecularly similar works of biographical deep dive to whatever the hell Turn was supposed to be. Yet the history of the world goes back far, far further than many Western people can envision, which is why it’s become so important to impart the legacies of Eastern cultures into new hands and minds. Countries like India, Japan, Korea and Mongolia have a reach that dwarfs American history, but even those ancient people pale in comparison to the longest standing pillar of human history. China has such a vast wellspring of peoples and dates to remember that it’s daunting to even do it in abstract, much less detail. RNOVA Studio, with publishing assistance from COSEN, is attempting to convey at least a small but intriguing chunk of it with their touchscreen based rhythm game, Lyrica.

Though musical games often put the plot in the firm back seat, a good focus on a setting or drive can help make a great experience even moreso (or, in the case of Lost in Harmony, damn me to tears). The story mode is an interesting place to start with Lyrica, as it does give a bit of context as to what the game is attempting to say and sell. It’s a sort of take on the story of Li Bai, one of the most acclaimed poets of China’s historic Tang dynasty, if not one of the greatest ever. It’s all about the honor of the man, his connection to the emperor, and a whole lot of sparring and fighting – more than you’d consider for a poet – but it at least mostly checks out. The inclusion of the story mode also makes up justification for a majority of the soundtrack, which are fascinating takes on some of the aforementioned poetry (not just Li Bai, but other poets) put to different types of music genres. Even though I don’t speak a word of Chinese, it was very cool to get the sensation of the poems intermixed with some driving, funky, and often aptly symbolic tunes. 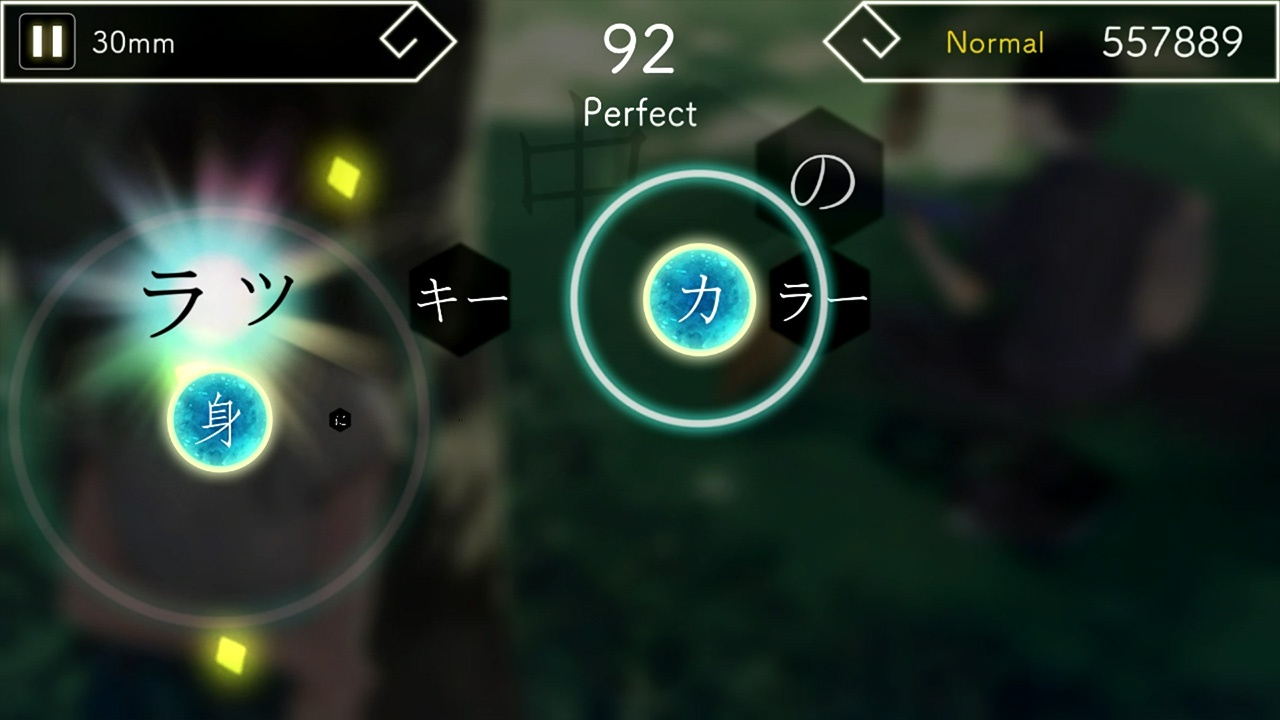 It wasn’t clear to me what the hype around Lyrica was, because I came across this game first in someone’s anticipated list for titles in 2019. Truth be told, I’ve bowed out a lot from rhythm games in the last few years in any sort of heavy sense because the game has sincerely changed. Shifting to mobile gaming through smartphones and tablets, the dexterity and skill needed to keep up with a lot of the more popular titles has a totally different set of muscles and concentration than I can afford in my older age. Still though, I can recognize talent, and watching people be able to fly their fingers over the screen in order to make some of the most insane combos I’ve witnessed is downright impressive. So I thought, perhaps, I would try to keep things on normal mode for a while before attempting anything stronger. Sure that approach would keep me from being overwhelmed.

Unfortunately, Lyrica is a real concentration beast when it comes to making it through a song with a high score, at least in Story Mode. Following the patterning that OSU also uses, players must be ready to tap on different circles that appear on the screen in time with the beat, lyrics and chord changes of every song. Had it only been tapping, that might be one thing, but the game throws a lot at you from the very first song. One track in, you already need to get comfortable with dragging, directional swipes, repeat tapping in singular places, and two finger tapping that’s rarely consistent but will crop up nearly every song. There is zero chance to play the game up on the big screen unless someone adapts a cool USB-C to HDMI adapter that Nintendo will approve of. The songs, the beautiful songs, come out the gate swinging and don’t relent for a second. Even as you move along, you have only the decision to get better or to delete the game, because there’s very little change for wiggle room outside of being okay with just passing each song.

Once you decide to abandon the story mode and give in to simply seeing the song selection arena, you can feel a lot more relaxed with the intention and pacing of the game underneath. Altering the difficulty level and seeing the library of titles available from the start filled me with a bit more determination and hope, and I was grateful for it. The mix of Japanese, Chinese and Taiwanese tracks also shows a nice mixture of the different contributing cultures, not necessarily to China’s history but to the future of the Asian world at large. Also, when you want to get some points early on and unlock the remaining HUGE number of songs, it’s good to occasionally throw in a play of “Happy end is never end” so that you don’t get too bogged down with some fairly romantic and sad sounding Chinese tunes. 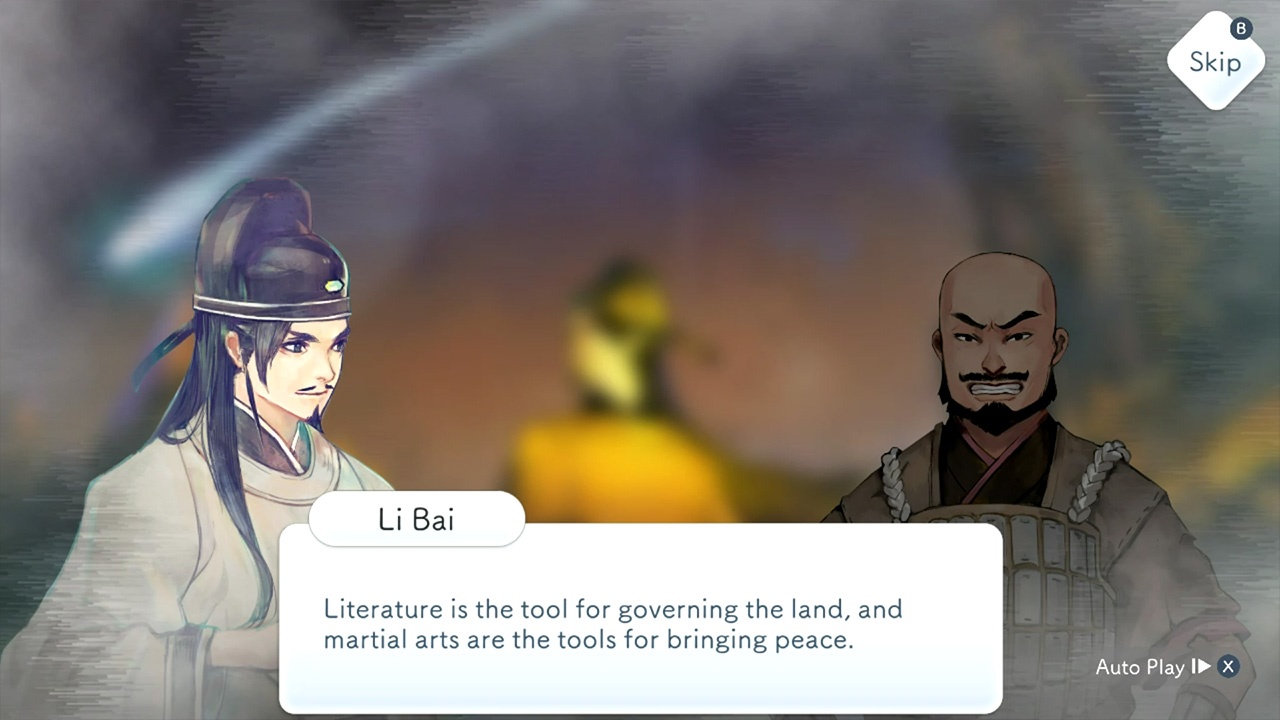 Which does mean that the game is PERFECT for fans who’ve been addicted to the mobile version. Much like we see with many of the Switch ports of mobile games, Lyrica makes sure to eliminate the DLC portion of the game, instead offering the full 57 track entourage from the very beginning. Story mode allows you to see the arc of the painting that is the game, whereas the song selection mode gives more of a jump around, points grinding system, and the challenge mode is for people who love arthritis. Seriously, I saw that there were challenges available and immediately balked at the prospect. Though, as one might be able to tell from the tonal shift in the review, I did get better at this extremely visually pleasing rhythm game. The art style of the story mode is great, true, but I love the visual representations of kanji characters appearing on the screen as you tap along with the songs, and the various grids and design patterns that appear to give you a heads up of where you should be next in terms of hand position. I mean, they can only do so much, and you’ll still break your index finger on Song of Everlasting Regret, which they explicitly tell you in the title, why are you playing it???

Between a robust and unique soundtrack, an intuitive but difficult interface with the songs, and a pretty good plot to drive along a story mode that doesn’t feel totally obtuse, I was pleasantly surprised with Lyrica, and will be keeping it around on my Switch for a while longer. My go-to games are feeling a bit stale, and it would be nice to have something with a bit of pizazz to it for those long train rides where I actually get a damn seat. Unless you’re dead set on having all your rhythm games filled with pop music, give a real consideration to Lyrica.

A rhythm game with story, diversity, and not just the same recycled K-Pop songs? It’s more plausible than you’d think!