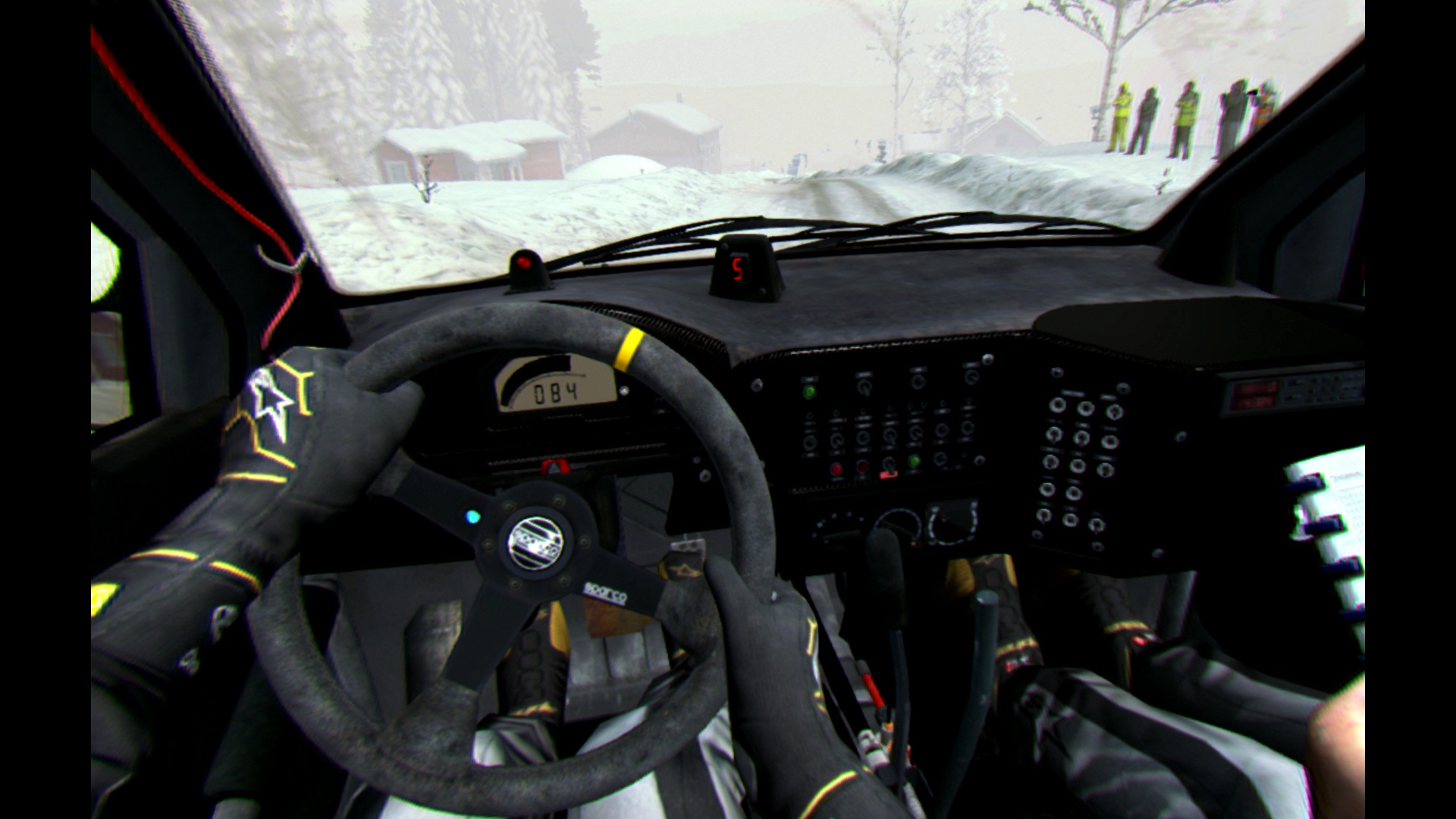 If you mention Codemasters to any gamer there first thought is Rally. They have been at the forefront of the best Rally game’s since……well……. forever. (Sorry Evolutions Studios). I remember clamping down my steering wheel to an old coffee table with wires trailing off to the two pedals and switching Colin McRae on the original PlayStation back in 1998. I was blown away by the graphics, the handling and the physics of it all thinking you could never improve on this, but fast forward to 2016 on PS4 and a new rally game from Codemasters was released – Dirt Rally.

A game that just screams perfection, but little did I or anyone else know Codemasters were working away quietly on an update for their current Rally sim, that update would fulfil any Rally fans dream- the perfect Rally game in virtual reality and I have to say they have almost achieved that perfection, I say almost but this is not through lack of trying from the developer’s but due to the current restraints on the PSVR hardware. But don’t let this very minor issue put you off because if you love your Rally (or just driving games in particular) and own a VR headset then take it from me, you just have to own this.

I will start with a basic run down of the core game as this has now been on the shelves since 2015 on PC and early 2016 on consoles so needs no lengthy review, actually it has already been excellently reviewed by us at Bonus Stage. Dirt Rally really needs no introduction, multi terrain courses from all over the world ranging from the challenging to the near impossible, a massive variation in cars from the old 80’s Rally cars like the Audi Quattro up to the most technical marvels of today.

Stunning graphics, handling, sound and physics plus for the motor heads enough tinkering to almost build your own car. All this has now been upgraded to make use of PSVR and it is definitely an impressive upgrade. 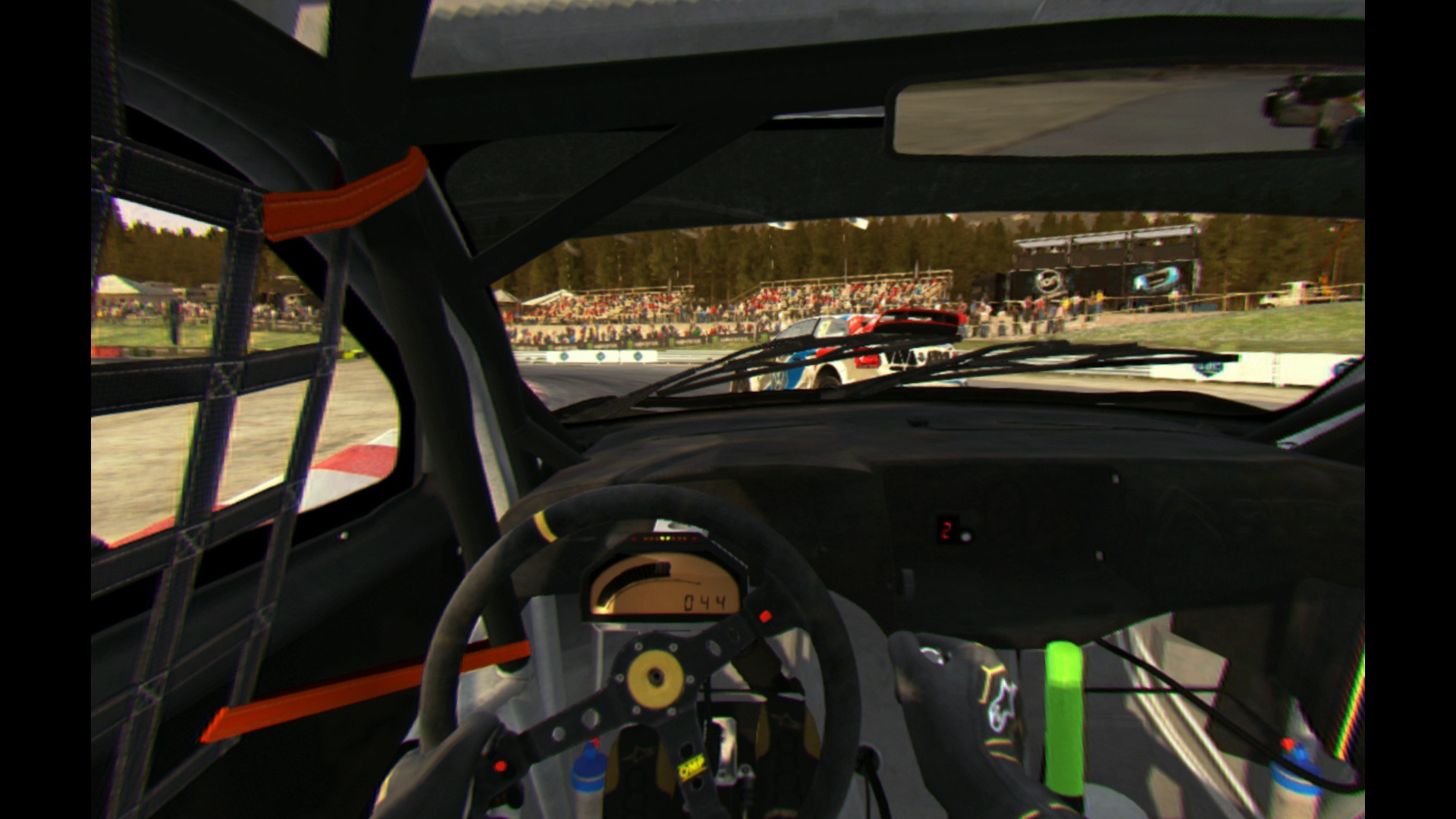 First off let’s get the elephant out of the room – after many hours playing Dirt Rally VR I have experienced No motion sickness issues whatsoever and considering the movement on-screen with the cars sliding left to right, up and over crests and the occasional flip (maybe more than occasional) it is amazing to think I have suffered nothing, granted I do have an excellent stomach for these things but I wasn’t expecting no twinges or rumbles at all so whatever magic Codemasters have implemented has to be acknowledged.

The core gameplay hasn’t changed in anyway with the VR implementation but the graphics have unfortunately been toned down to fit with the PSVR ‘s capabilities, it is still a stunning looking game though.

Also for some very trivial reason the rear of the cars hasn’t been modelled at all so if you do decide to take a look behind there’s literary nothing of your car and obviously your Rallying so you’re also going to crash as well.

Graphically the game is still stunning with its weather effects pounding your senses, mud, water and dirt clouding your windscreen, sun spots blinding your view with sheer drops so close and real you actually lean in your seat.

Along with this graphic finesse comes the 3D surround sound which in my honest opinion is the best in-car racing soundtrack ever, rain thumps your car, thunderstorms so real you almost feel your house shake, you can actually hear dirt bouncing off specific sides and sections of your car which all adds to the presentation that Codemasters must have spent an eternity on. Also with the depth perception you now gain with VR your driving style will change considerably due to your ability to now judge corners and braking distances much more accurately and feel exactly where on the track your car is at all times.

Traditionally Rally games have always been either sim or arcade but Dirt Rally manages to ride the fine line between both very well, experienced drivers will find plenty of  challenges with a host of new and existing changes you can make to your car set up to steal that extra .2 of a second over your online or ghost rivals, whereas novice players will soon settle after some  excellent demonstration videos explaining the basics of weight distribution, tyre choice, dampener settings and the various other multitudes of setup choices. 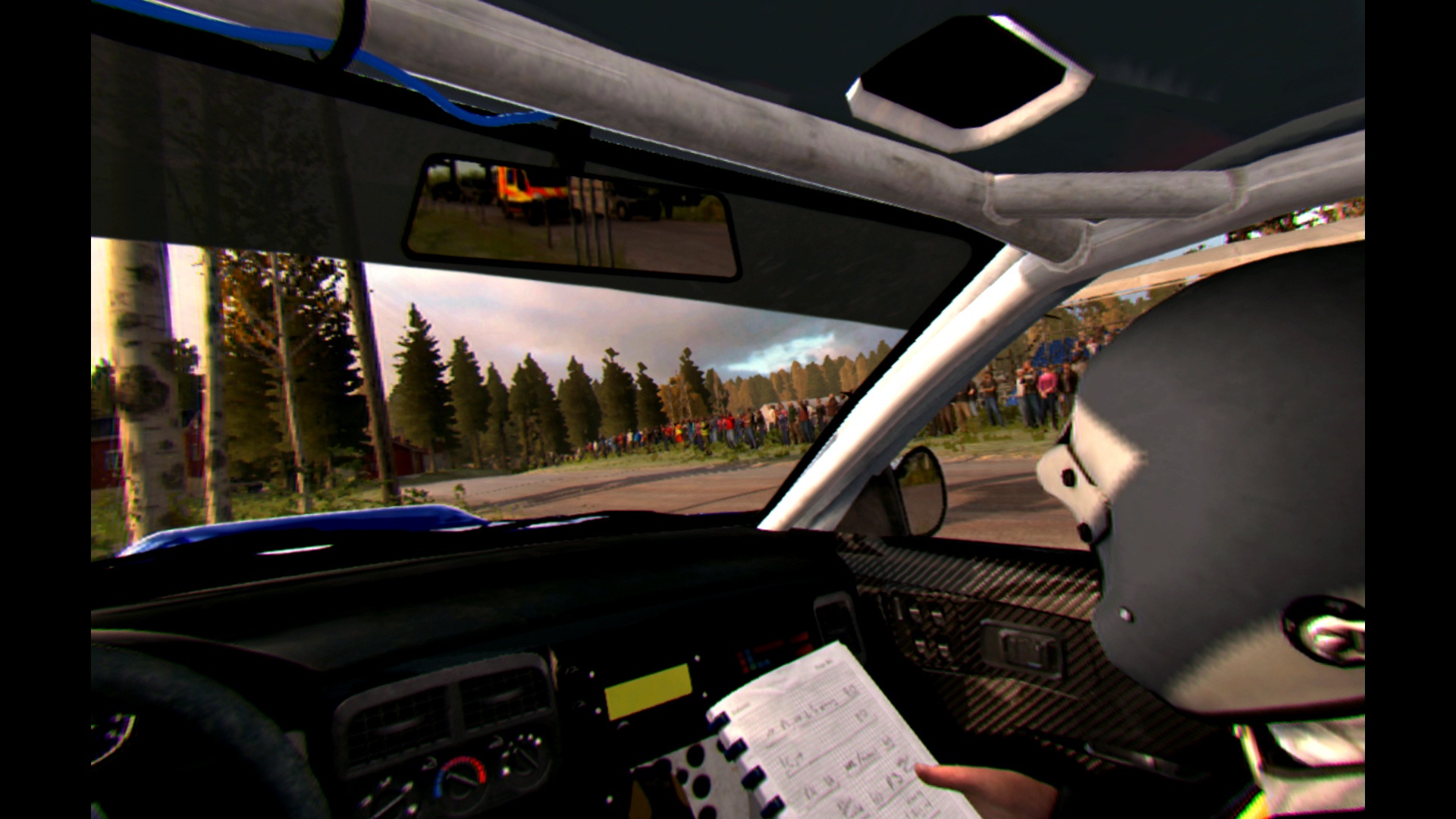 A little bonus packed in with the VR add-on is the co-driver mini game which sees a second player hitting the corresponding buttons on-screen using the dual shock controller to inform the driver of oncoming hazards, think of Guitar or DJ Hero’s rhythmic presentation and your pretty much there.  It’s a nice little touch but I can’t see it ever reaching the lofty heights of the games it replicates. Also included in the DLC pack are the fully loaded Mini pack and fully loaded Ford pack both giving one special classic car, the mini cooper S and with Ford the Escort Mark2, exclusive Colin McRae livery’s and perks. Pre-orders have also offered the fully loaded Rally cross pack unlocking the classic Mini Rally cross courses, Mini 1600 series events and the iconic Pikes Peak all gravel course.

Overall the original release last year was an almost perfect representation of Rally and even the though the core game hasn’t changed with the addition of VR, its new virtual presentation and little tweaks has raised this game further, with only two (in my opinion anyway) issues I feel it surpasses Evolutions DriveClub VR and will hold the top spot for the best VR driving experience until Grant Turismo gets released in some distant future.

Also I have only Played using the dual shock which is a great experience but I can only assume playing Dirt Rally VR with a decent Steering wheel and pedal setup would raise the gameplay to further authentic levels of realism.