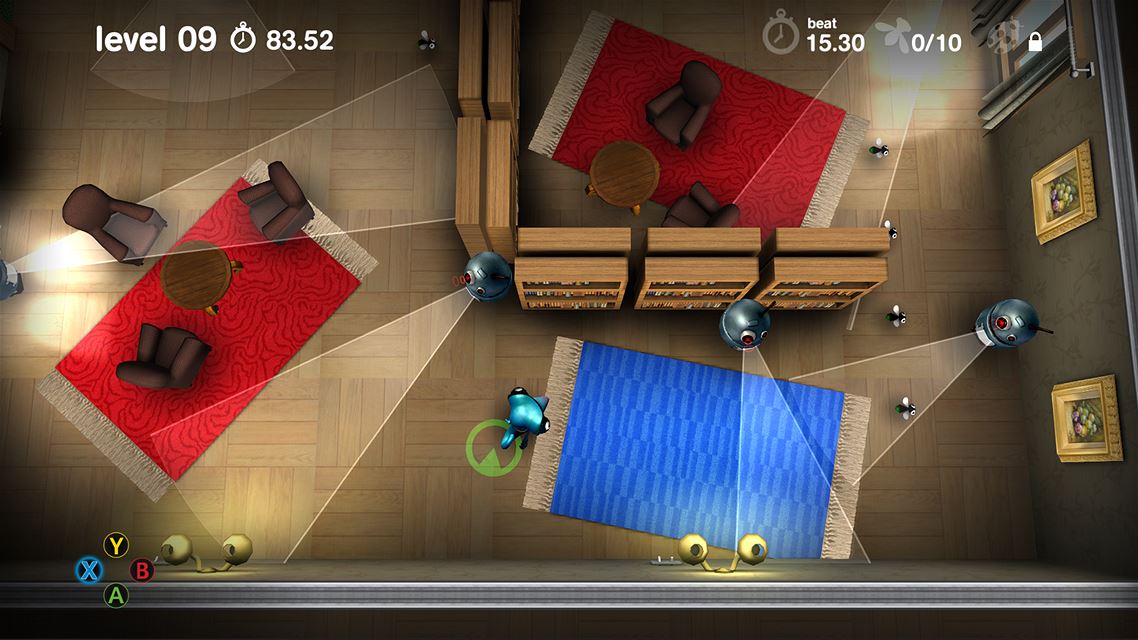 Ever since Hideo Kojima’s iconic and influential Solid Snake ushered in the era of the stealth game, there have been countless attempts to usurp the Metal Gear sneek-em up crown. However, one enduring quality that both Solid Snake and , to some extent, Sam Fisher lack is that they are not cute and fun. Oh, and they can’t change the colour of their skin to match their surroundings. These two characteristics are Spy Chameleon’s biggest USP’s and, in a world of countless also-ran’s, having two impressive USP’s has got to stand for something.

Developed by indie producer Unfinished Pixel Spy Chameleon casts you in the role of the amphibian secret agent whose task is to navigate his way through a myriad of rooms avoiding countless spy cam’s, lab rats and gold fishes in their bowls. To do this requires some degree of planning, split second timing and the ability to change the colour of your skin to match the colour of carpets and rugs placed about the rooms. The chameleon aspect of the game is, as you’ve probably guessed, its biggest selling point. And, Unfinished Pixel have made sure that utilising this ability is as easy and effortless as possible. The colours you can choose from are yellow, green, red and blue. All of which are mapped to mirror their positions on the Xbox One controller. Genius. 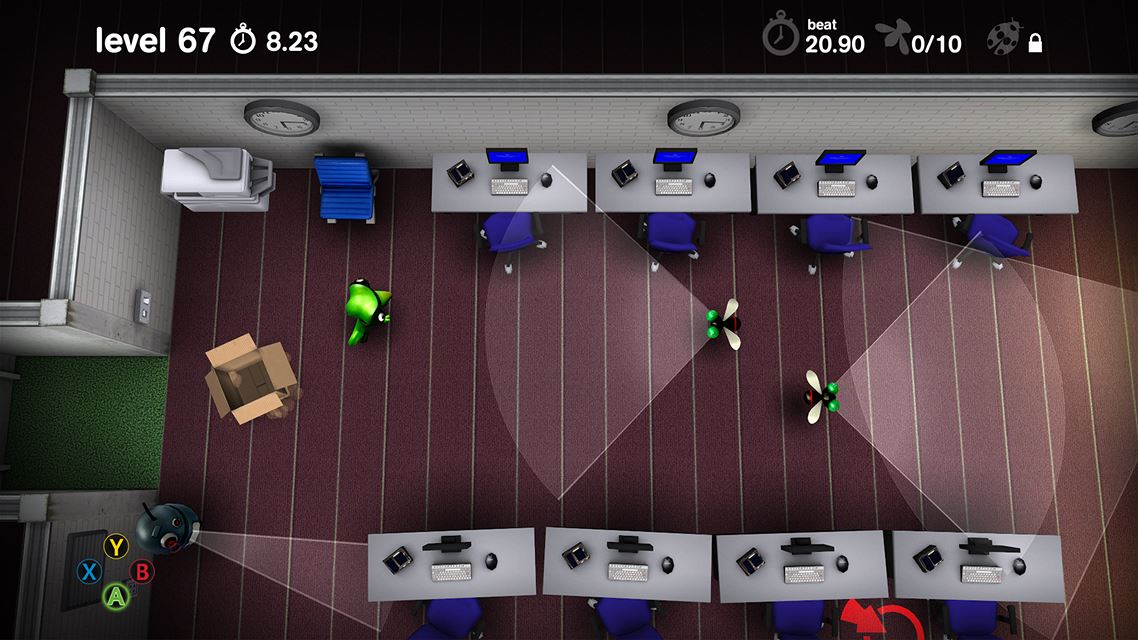 Spy Chameleon offers 75 levels in all and each level requires its own combination of timing and planning. The missions vary from taking secret shots of wayward celebrities to stealing secret formula’s. To be honest the plot doesn’t add a great deal to the game play but it helps to set the scene for each challenging room. Spy Chameleon’s difficulty level has been pitched just right with each level getting progressively harder as you make your way through the game.

The game’s longevity and re-playability has been enhanced by the useful addition of frequent checkpoints which, in practice, means if you’re discovered by a spy cam, you’re not instantly teleported all the way back to the beginning of the level. Unfinished have also provided an excellent leader board system which allows you to compare your time with friends and other gamers all over the world. We found ourselves returning to a completed room time and time again just so we could shave a few seconds off the clock and improve our global positioning. 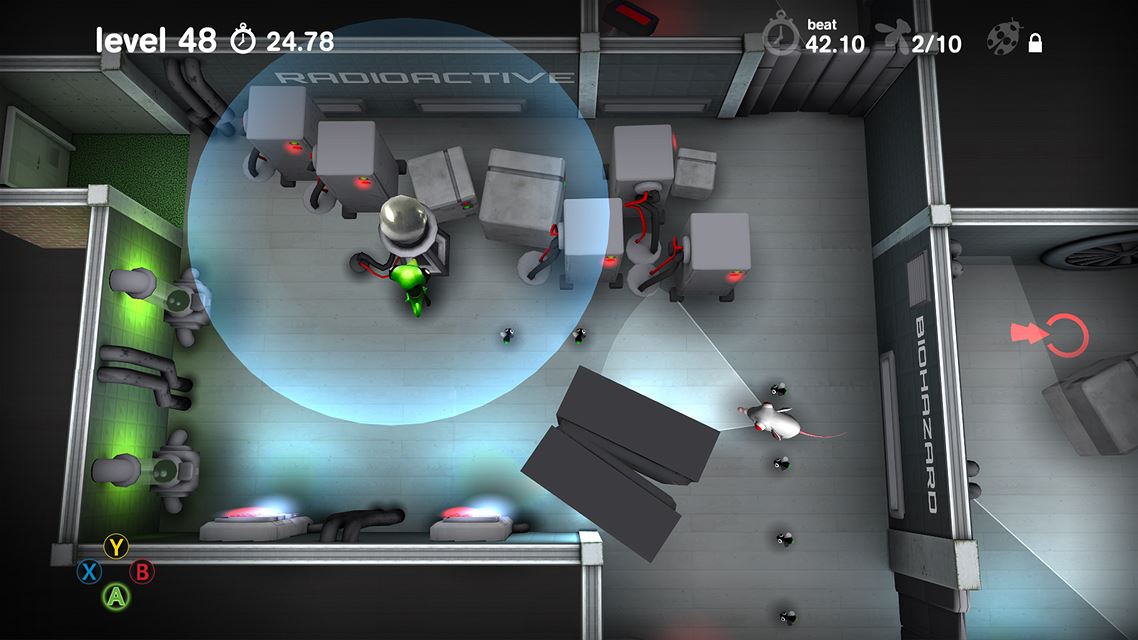 As you can see from the screenshots in this review, Spy Chameleon’s graphics are bold, bright and colourful. Each room has been created with the casual gamer in mind. The colour change areas are well positioned and immediately identifiable. Your challenge isn’t to find them. Rather you’ve got to work out how to get to them and make it to the exit.

Despite it’s over simplistic premise (or perhaps because of if) Spy Chameleon is an incredibly addictive  and fun game that will see you returning to a challenge time and time again. Although the game’s 75 levels are relatively short ones, you will have to set aside at least 8 hours make your way through the missions. As for Spy Chameleon’s other USP, well, can you imagine anything cuter than a cheerful blue, red, yellow and green chameleon?  We rest our case. Go buy.