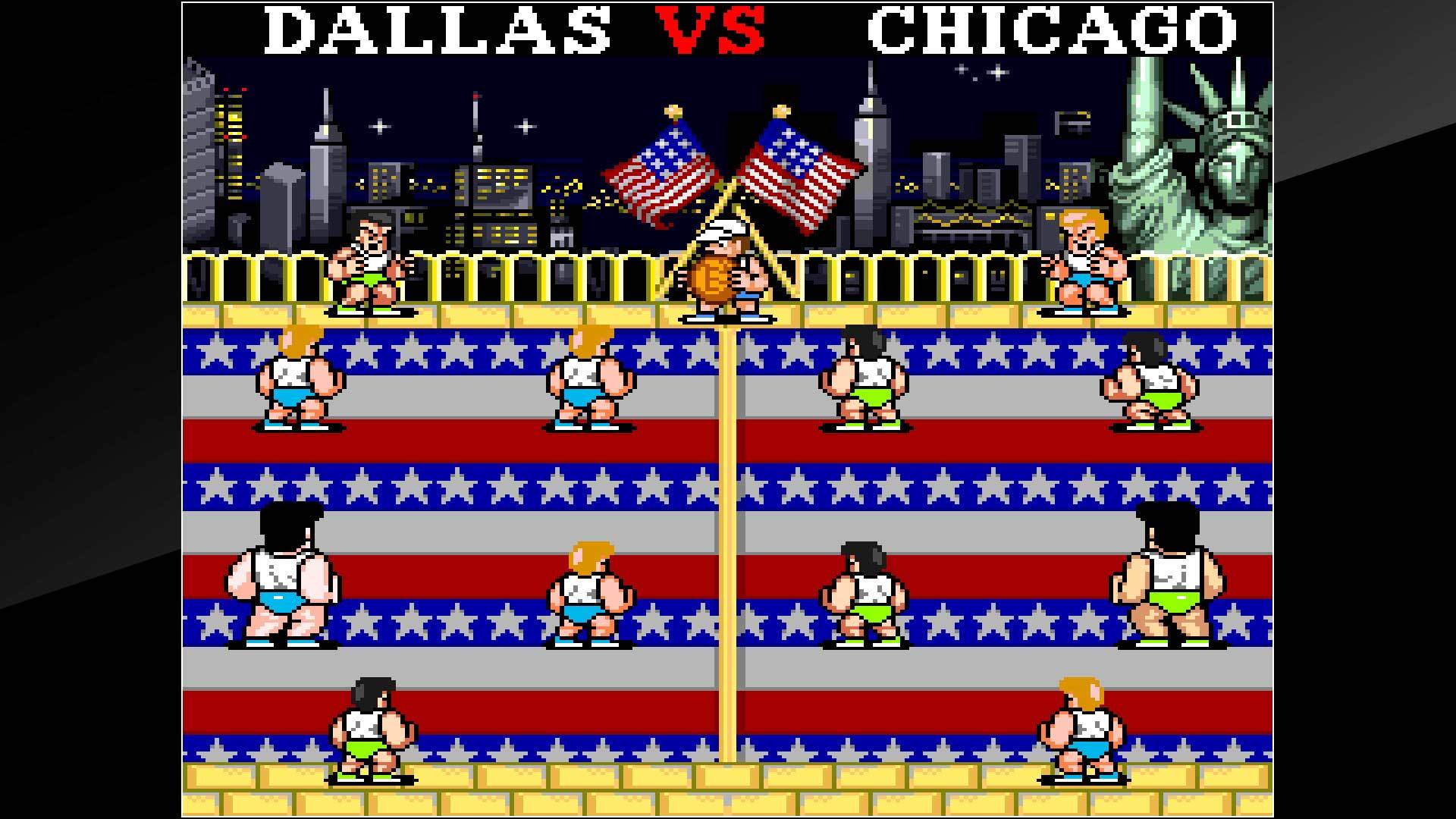 Lots of sports have transitioned well from real life to the videogame medium. Some are very obvious such as FIFA, Madden and Tiger Woods PGA Tour. But there are not too many niche sports that have been presented in a good way. One such niche sport is Dodgeball which you’d think would be the perfect sport to play, throwing balls at each other as you try to catch or dodge them sounds like a lot of fun. Throw in a few power ups and super moves and you probably have yourself a very enjoyable if limiting experience to behold. That’s where Arcade Archives Super Dodge Ball comes in and tries to satisfy our dodgeball needs.

Now Arcade Archives Super Dodge Ball is a very old arcade game but like any niche sports game it needs a plot which isn’t explained in the game but here it is. Team USA is on its way to the Super Dodgy Ball World Cup Championships. It’s a Mighty Ducks-esque story of a bunch of rookies somehow making it to the latter stages of the competition. Only seven super dodgeball teams still have to be beaten to play arch rivals Team USSR (yep that’s how old the game is and you can guess the rest of the game is very happy to play to its national stereotypes). 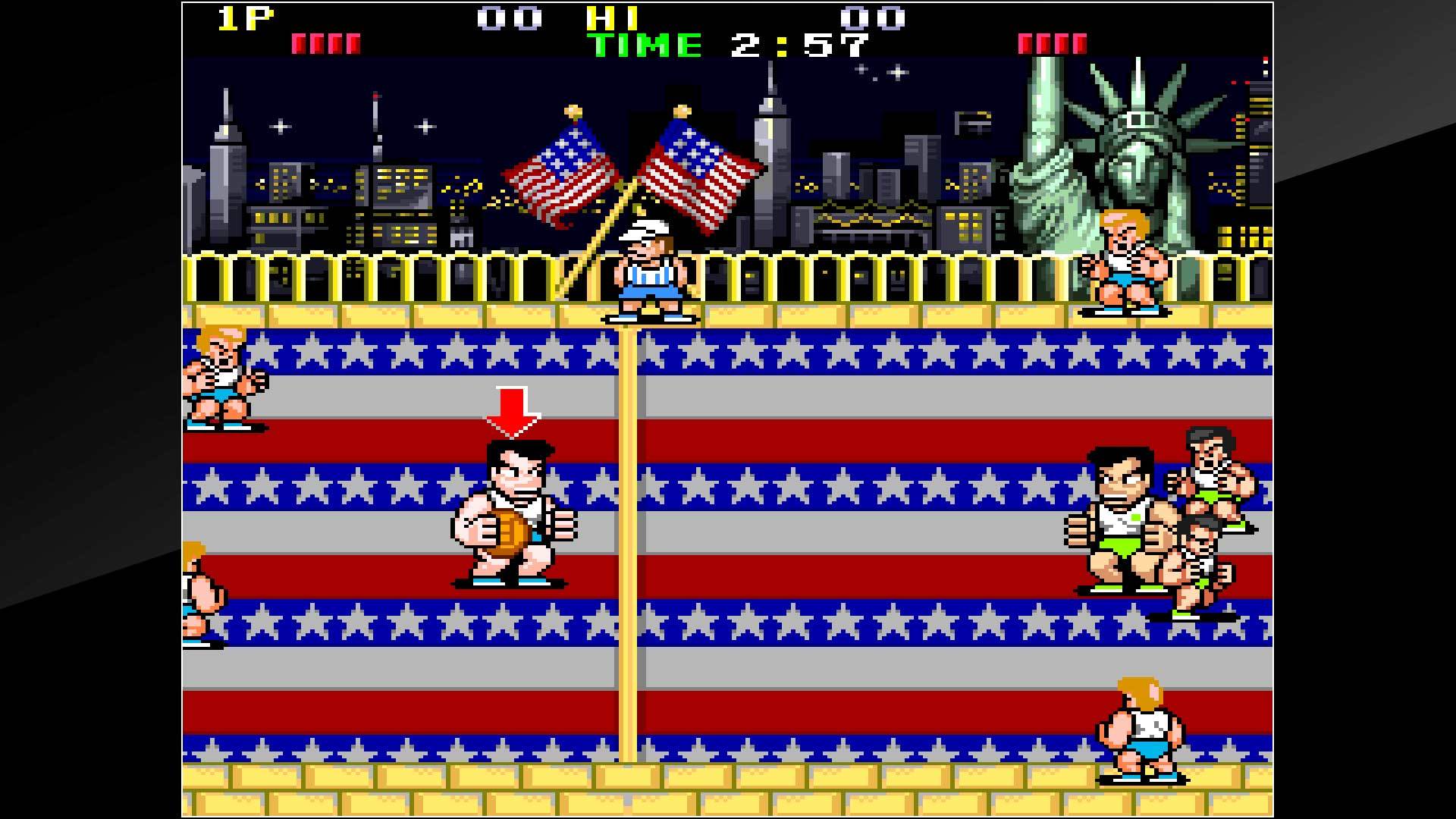 Arcade Archives Super Dodge Ball is a very simple game to play as you simply move, throw and catch. Well you can also jump and dash but this isn’t explained which is a tad weird when the instructions manual doesn’t give you all your possible moves. As Arcade Archives Super Dodge Ball is from the eighties moving around isn’t that smooth and can become quite frustrating when one of your players you haven’t got control of gets eliminated because they’re not facing the ball! Catching and throwing is fairly straightforward although throwing diagonally is quite difficult in terms of trying to hit someone. You’re team us made up of seven players, four who are inside the court and count towards your lives and three on the opposition side of the court. The idea is that you include the outer three players to give you more variety in your attack. It adds some extra tactical noose to Arcade Archives Super Dodge Ball but not quite enough to make up for your teammates decision to not face the ball when shots are being thrown!

Arcade Archives Super Dodge Ball menu is exactly what you would expect from an arcade machine from 1987, you thankfully manually add credits to let you continue your game and you’re also able to save whenever you want so you can take a break. You know a game may be struggling for longevity when you unlock trophies by simply accessing the options menu. That’s the main issue with Arcade Archives Super Dodge Ball there just isn’t much there to keep you that interested. Arcade Archives Super Dodge Ball plays the stereotypical card in a nostalgic sense as you can tell from the screenshots, when you play against England the backdrop includes Big Ben whilst Icelands background is very icy. The soundtrack is really retro, when you lose you’ll be treated to that grate like sound effect that greets most arcade endgames! 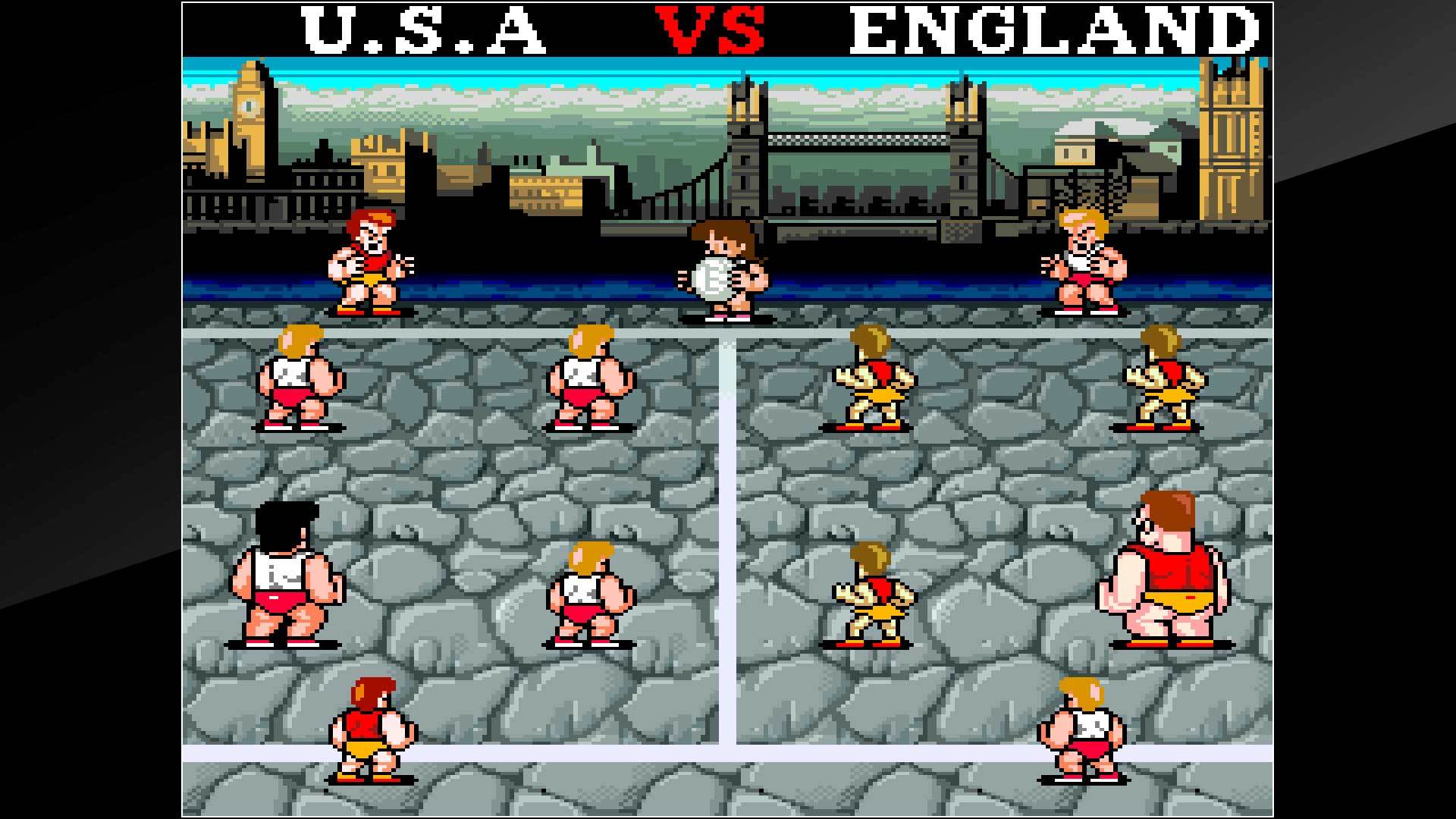 Arcade Archives Super Dodge Ball is an old game and it feels like an old game. It has its fun bits but not enough to justify playing it more than half an hour. If you can get someone else to play with you then you may get some enjoyment out of it but it will be a very limited experience. Unfortunately for Arcade Archives Super Dodge Ball it’s probably better to dodge it which is quite ironic.