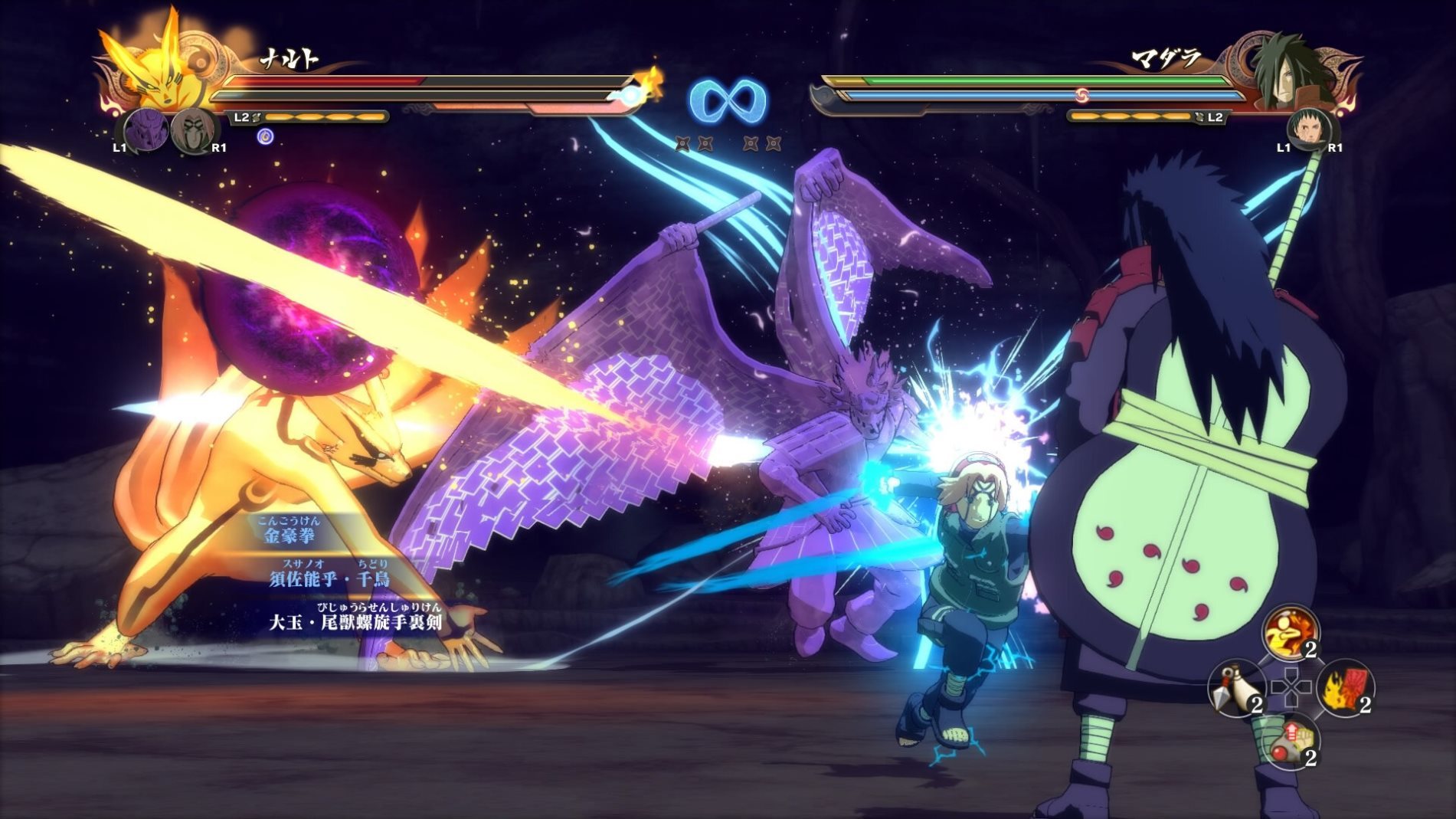 CyberConnect2’s, Naruto Shippuden: Ultimate Ninja Storm 4 is gorgeous. Like stupid gorgeous. Gorgeous to the point that whether it is the best looking anime game of all time really isn’t up to debate. There have been a lot of very good looking Naruto games down the years, but none have come close to matching the scale and beauty of CyberConnect2’s latest. If anything, the only conversation we should be having is of how highly it rates amongst the best looking games ever. That’s not hyperbole either; it really is that good looking. The cel-shaded art design might work against it in that respect, but if anything, its cel-shaded visuals should ensure that Ultimate Ninja Storm 4 ages better than the majority of games on the market. Whichever way you look at it though, this is one of the finest looking games of the generation and, as luck would have it, one of the most enjoyable too.

One of the biggest problems a game of this ilk has is accessibility – beyond making the game mechanically accessible to a wide ranging gaming audience without dumbing it down too far, the developer has to deal with the fact that, a) this is the 4th game in the series, b) is the 54th Naruto video game (it really is the 54th) and, c) is coming off the back of an absolute mountain of Naruto anime and manga lore. Luckily, while the Story Mode provides lore-a-plenty for fans of the series, the gameplay itself is fun enough to make it a viable option for just about anyone with an interest in fighting games while the Story Mode itself, despite being all but nonsensical to all but the most committed of Naruto fans, is still a huge amount of fun thanks to its epic scale, gorgeous visuals and unique mechanics. 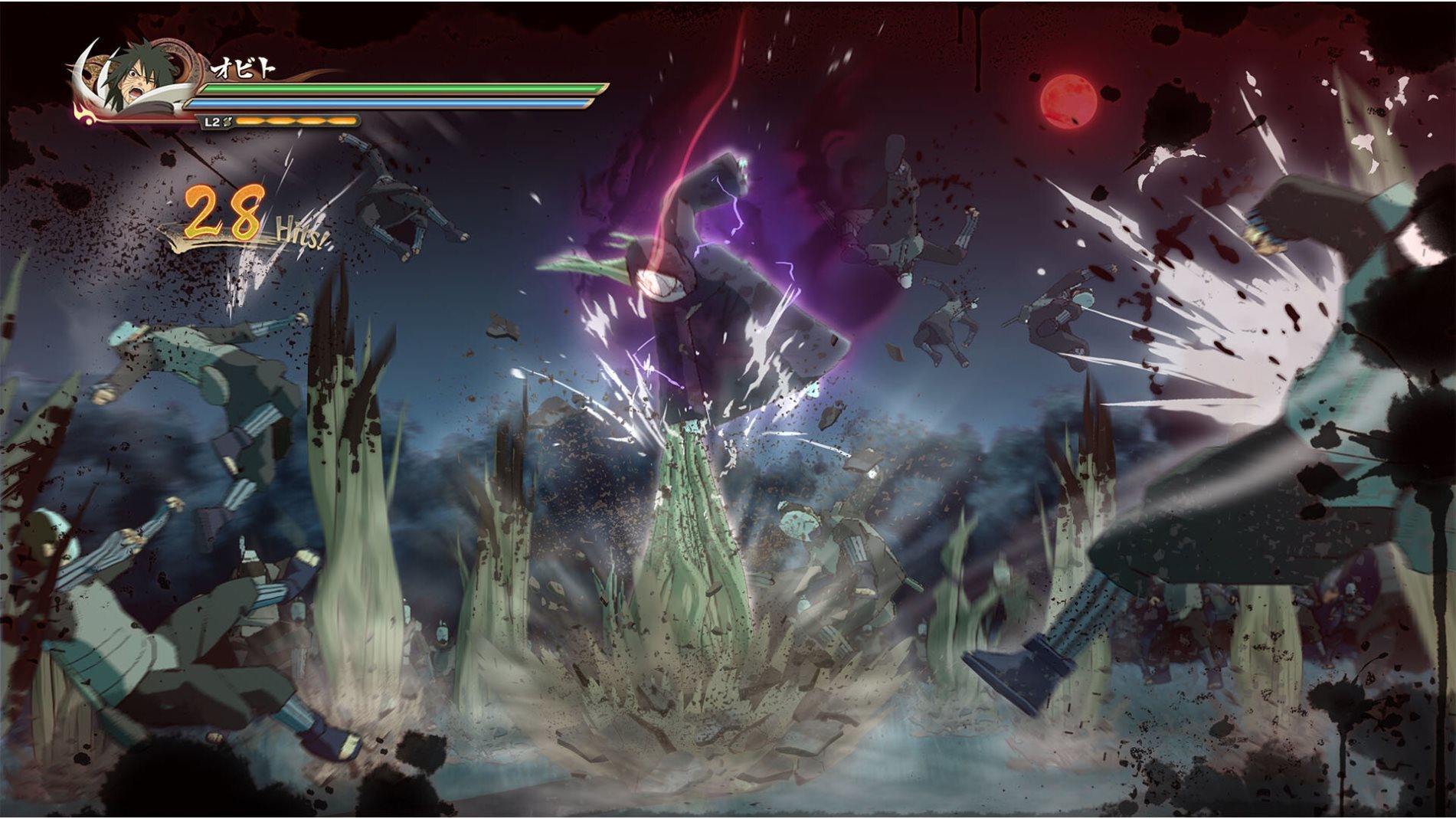 While similar to the core gameplay that you will experience when playing online and against friends, Story Mode does feel like its own beast, and if anything, is probably as close as we will ever get to an Asura’s Wrath 2 (also developed by CyberConnect2) . Complete with surprisingly well implemented quick time events, increased scale and mid-fight storytelling devices that aren’t included in the core battle experience, Story Mode here will drag even the most clueless of Naruto fans through on the strength of its design and unrelenting spectacle. The game is always bombastic and consistently big on visual pyrotechnics, but it’s in the relatively short but extremely enjoyable Story Mode that the game is at its most fantastically absurd. An additional, Adventure Mode that is available for players once they complete the core story does add a bit of longevity, but this is a more traditional RPG-lite experience and doesn’t offer the same level of outrageous spectacle that make the games’ Story Mode quite so much fun.

If you were to simply watch the game, it might all look a bit much, but in practice, the mechanics throughout (whether it be in versus or Story Mode), are pretty consistent across the board and far less complicated than they might initially appear. While the commitment to accessibility ensures that every member of the games’ sizeable cast essential plays in the exact same way, there are enough individual wrinkles linked primarily to speed and endurance to make them at least partially unique. Don’t get me wrong, if you master one character in this game, you’ve essentially mastered them all, but there is enough in the way of character specific attack animations and subtle skills to make the cast more than a vast collection of attractive clones.

When it does come down to the more standardised battles that you will be undertaking during local competitive play and online battles, the option to choose three characters makes this both a unique and incredibly busy fighting experience. Not only can you swap between characters on the go, but character combo attacks and brief character cameos ala Marvel vs. Capcom, ensure that the game is rarely running at anything less than a 100mph. Combine this with core mechanics that encourage perpetual, high speed motion across its relatively large scale arenas and you’re left with a fighter that stands out comfortably from the crowd while delivering just enough depth to make it an option for fans of the genre. 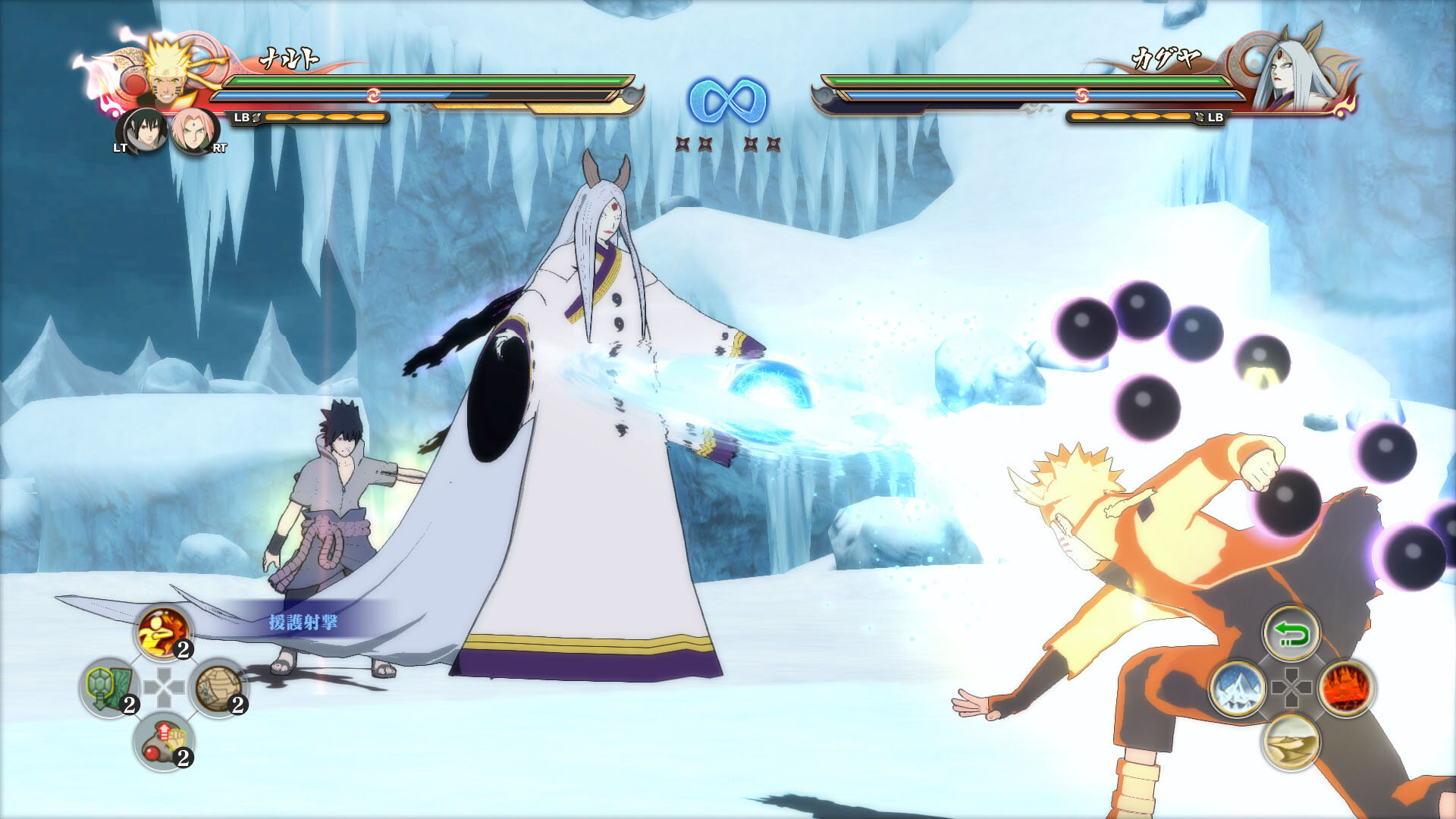 Of course, it’ll never match the depth of a Street Fighter or heck, a Mortal Kombat for that matter, but it offers spectacle in spades and a genuine alternative to the often off-puttingly deep mechanics that the genre is famed for. Counters, Chakra powers and an array of very cool evasion techniques ensure that highly skilled players will ultimately come out on top and there is more than enough to those rock solid core mechanics to justify the vast array of online options available.

Many will ultimately be put off by the Naruto name and the big ‘4’ slapped on the front cover, but I can assure you, despite the deep lore and intimidating title, this is the most accessible, beautiful and downright fun Naruto game of all time. It will obviously appeal to fans of the series and fans of the fighting genre will find plenty to like here, but honestly, I would recommend, CyberConnect2’s, Naruto Shippuden: Ultimate Ninja Storm 4 to just about anyone because, well, great games transcend their genre, and the fact of the matter is, Naruto Shippuden: Ultimate Ninja Storm 4 is a downright great video game.