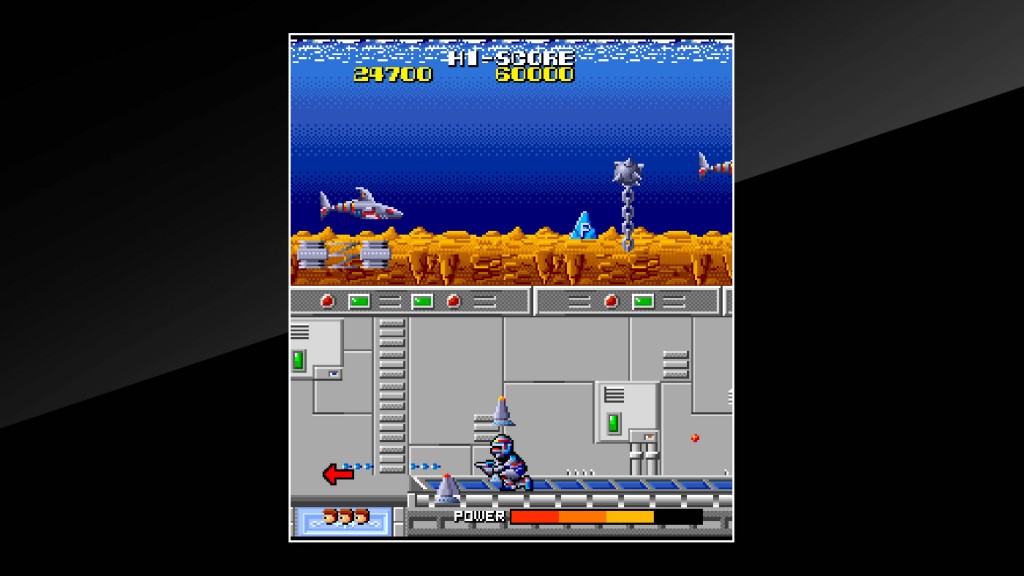 So, there’s some Tron in here, a fair bit of Kung-Fu Master, plenty of visual iconography taken from an array of early 1980s shooters and, well, a whole lot more. To say that Nichibitsu’s, 1985 side-scrolling action game is a bit of a hodgepodge would be an understatement. But in fairness to this previously Japan only platformer, it’s one that probably feels a lot more familiar than it should thanks to its subsequent influence on some of the most famous action platformers of the past 30 years.

From Turrican and ESWAT: City under Siege to Altered Beast and Gunstar Heroes, Cosmo Police Galivan’s influence really can be felt in many of the genre’s most beloved franchises. With a power-up system reminiscent of Altered Beast, a robotic suit that screams Turrican and gameplay that sometimes feels as close to a traditional shooter as it does to an action platformer, Cosmo Police Galivan feels like a bizarre cover version of video games that were actually released years after the game made its debut in Japanese arcades back in 1985.

And honestly, that’s always likely to be one of the games’ biggest problems. While this release probably makes plenty of sense in its home region of Japan, over here, only the smallest number of gamers will have any attachment to the brand or any sense of nostalgia associated with the property, and sadly, without that sense of nostalgia, Cosmo Police Galivan doesn’t really stand up to contemporary scrutiny. 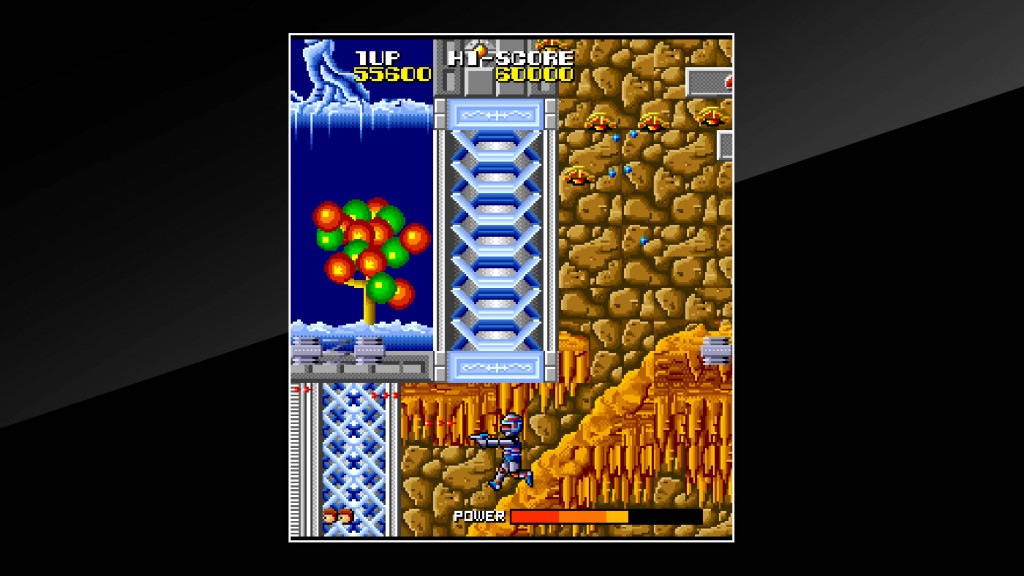 Yes, it’s great that these types of games are now available in the West thanks to Hamster’s, Arcade Archive series on PlayStation 4, but other than serving as a Japanese curio and another interesting look into the arcade scene of the time, Nichibitsu’s rather bizarre shooter come platformer undoubtedly looks and feels rather clunky by today’s standards.

I appreciate that that is to be expected of any video game released over 30 years ago, but some games age much better than others, and beyond the somewhat unique combination of genres and its relatively effective upgrade system, Cosmo Police Galivan proves far too infuriating to be a genuinely enjoyable trip into gaming’s past. The animations are somewhat stilted, and while the enemy designs and patterns of attack are interesting to see in a platformer of this kind, there is no getting around the kitchen sink visual design and awkward control scheme. 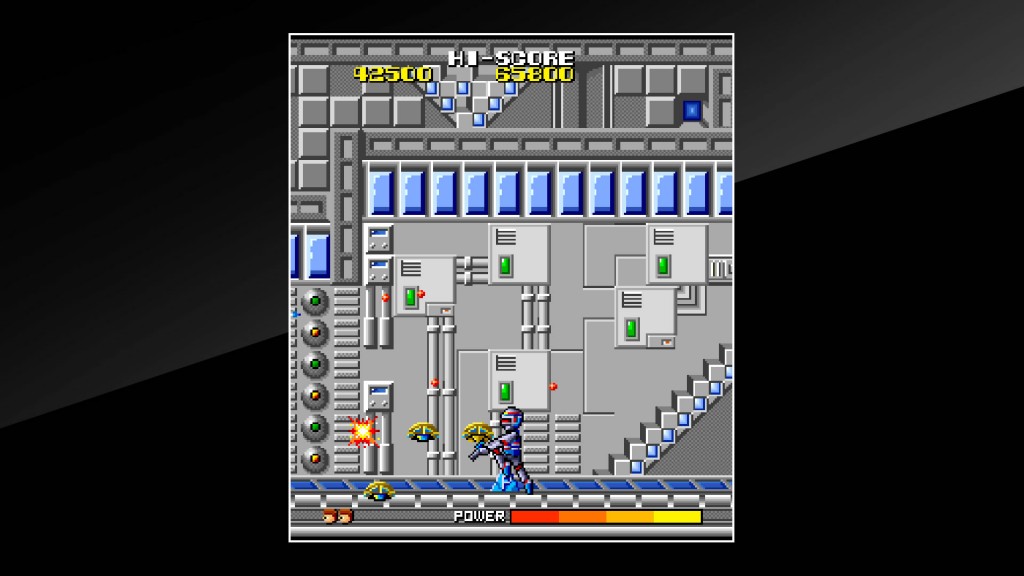 Upgrading from a Kung-Fu Master inspired child (ugly man?) to a laser-blasting and subsequently magic-sword wielding cosmic police officer does offer up some interesting tactical options as you time your upgradeable pick-ups based upon the amount of health that you have left, but man, as soon as you start to aim anywhere but forward, things start to fall to pieces. Aiming up and jumping are essentially controlled in the same way, so expect to be hopping around like a tit for the majority of the game. It doesn’t help of course that the jump mechanics are pants, and with so many all but invisible jump pads scattered around each and every level, it’s amazing how often you’ll find yourself unexpectedly airborne.

Fans of classic arcade gaming might well find something to like here; score chasing is always fun and seeing those familiar mechanics from the games of your youth might well provide a sense of unexpected nostalgia, but despite some interesting visual design and some cool shooter-esque attack patterns from the games’ multitude of weird and wonderful enemies, Cosmo Police Galivan fails to capture the imagination in the way that so many of the games that it went onto inspire ultimately did. The mechanics are awkward, the art design is far too busy and the gameplay is, at times, borderline schizophrenic. It’s far from terrible, but Hamster’s latest really is one for video game historians only.