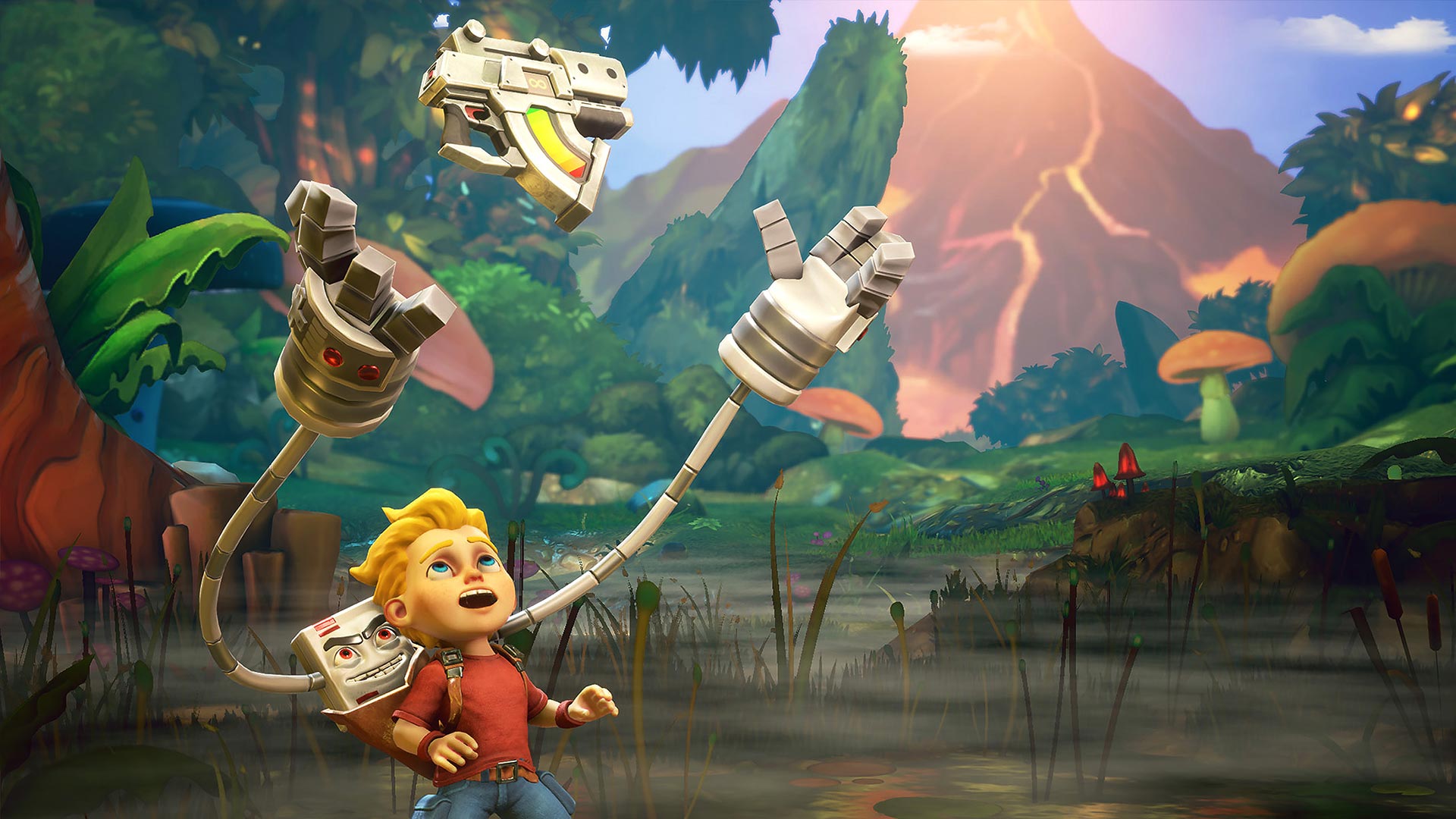 Developed by Slipgate Studios, Rad Rodgers is the complete version of Rad’s first outing ‘World One’, which came out in 2016. This new and ‘complete’ version has added leaderboards, hats, new levels, more minibosses and enemies, a new weapon and redesigned Pixelverse puzzles to a decent but short first attempt.

Rad Rodgers is based on 90’s era action platformers like Commander Keen and doesn’t pretend otherwise as it leans heavily into nostalgia. It also takes the approach that anyone who played these games as kids is now an adult by adding gore, swearing and lewd comments throughout (although there is a kid friendly mode in case this isn’t your cup of tea).

The plotline is extremely basic. Set in the 90s the game starts with Rad, a boy who would rather play videogames than listen to his mum and go to bed, who is sucked into his TV by a graphical glitch, along with his console named Dusty that comes to life and guides him to the exit. 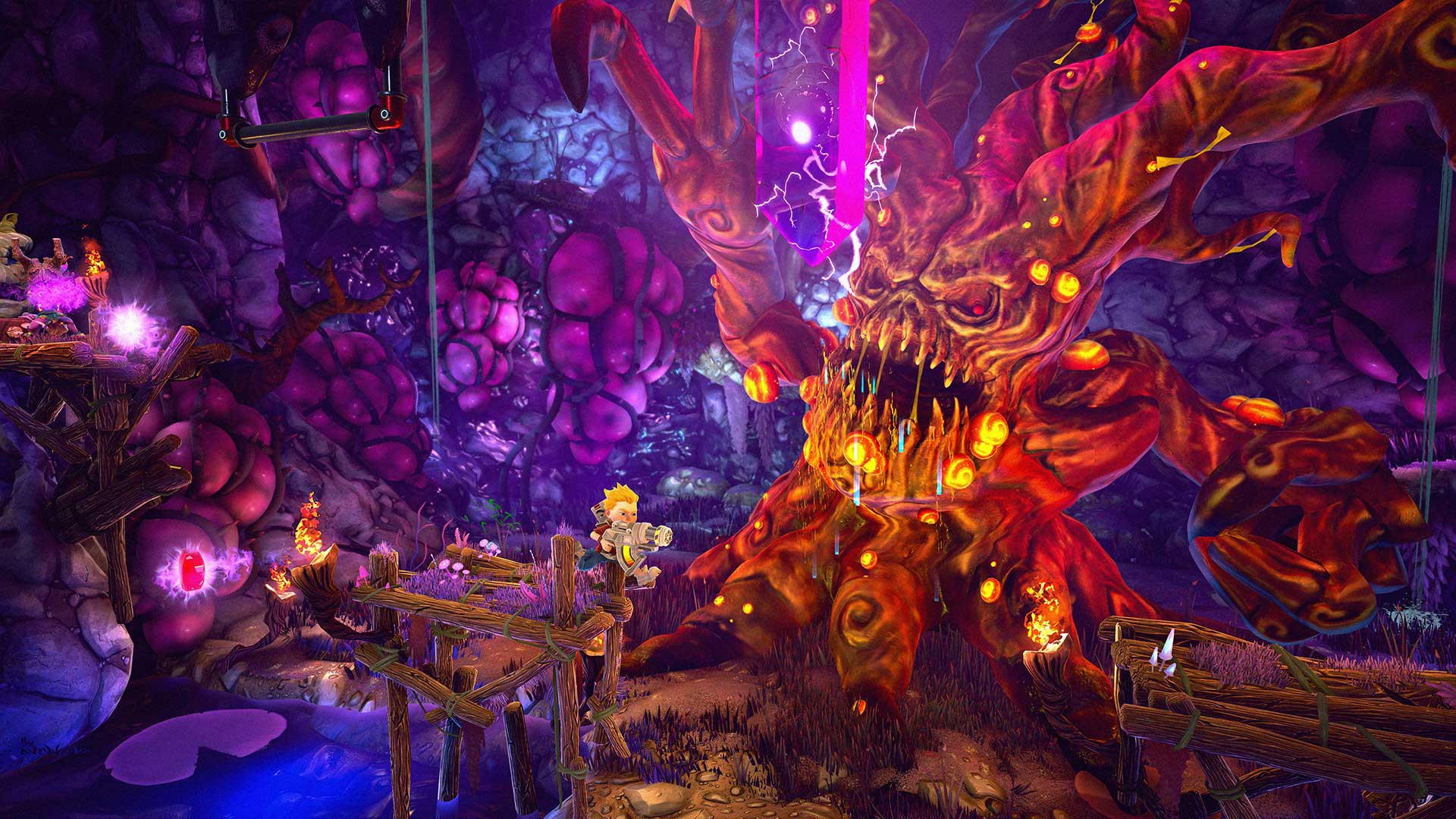 There are nine main levels with the goal being to find all four pieces of some sort of circular amulet.  As well as this there are non compulsory goals – kill all the enemies, collect all the gems, find all secrets and collect bonus items. A new addition to the game are the bonus pogo stick levels that involve trying to escape from water by traversing up the screen on a pogo. The bonus stages didn’t really add much to the overall experience but they are skippable so it’s not necessarily a bad thing that they’re here.

Combat is simple – you run around killing enemies by shooting them or by using Dusty’s special attack where he pounds the ground. You can’t crouch in the game so you’ll have to jump over incoming fire instead. Throughout the levels you will find upgrades that have limited ammo that improve things like fire rate, as well as new weapons such as a flamethrower, a minigun and a grenade launcher. The disappointing side of this is how easy the enemies are. They don’t seem to react much to your appearance with a deadly weapon and in the cases where they do it mostly means standing still and letting you jump over their predictable attacks while blasting at them.

To make Dusty seem more crucial than just to add vulgarity, there are Pixelverse stages to give him a feeling of use. Basically they involve changing the environment to allow Rad to progress through the levels. A platform might be missing due to a glitch so Dusty has to jump into a portal and knock the platform into place. To do this you have to fight back glowing orbs or time a run past things shooting from wall to wall. 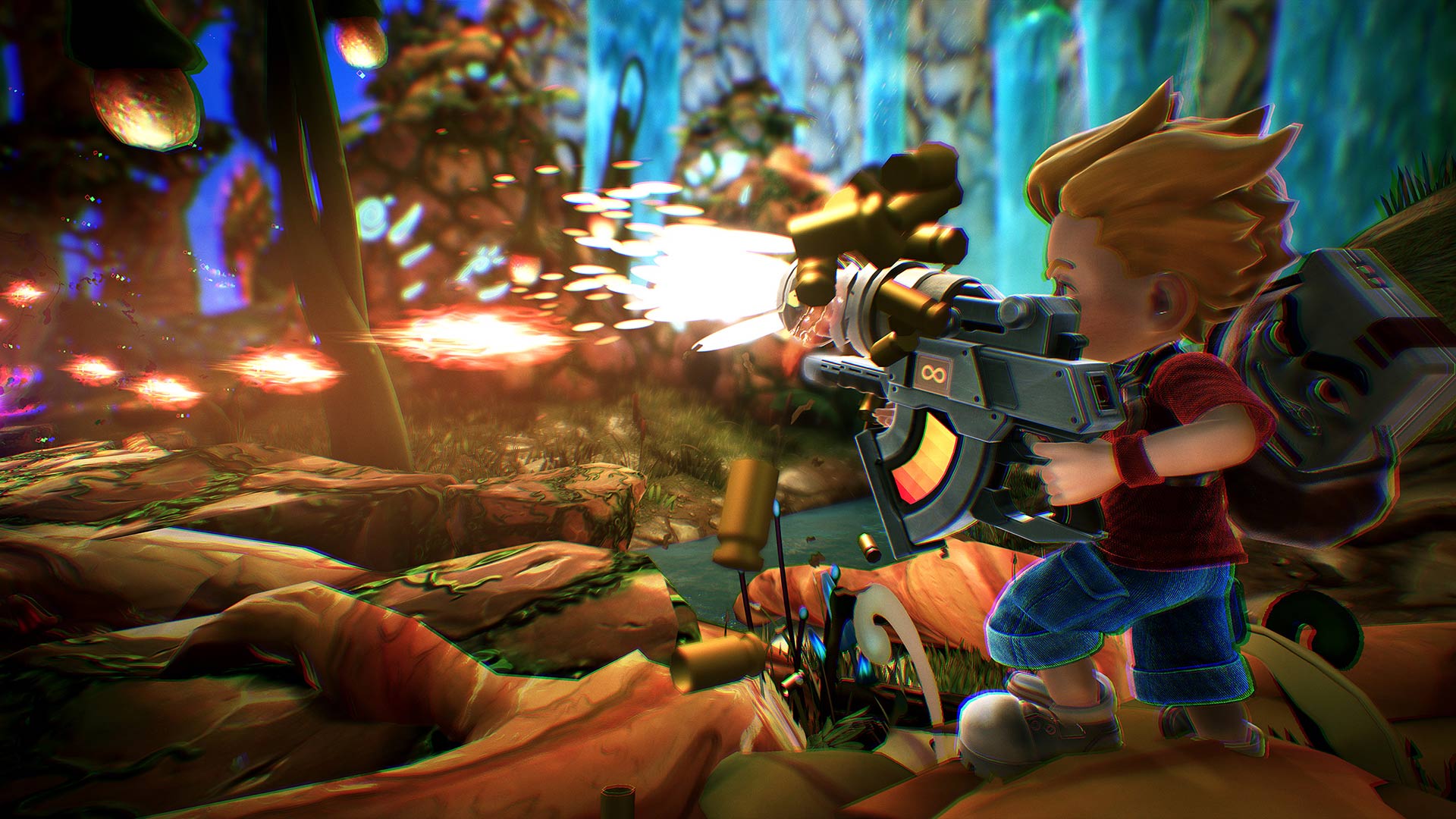 Difficulty settings are the usual easy, medium and hard and change how many lives and how much health you have, the damage you take and the speed of the enemies.

The visuals are one of the highlights of the game. Environments are well designed and colours are very vibrant. To compliment this, I didn’t experience any noticeable performance issues with the fps being mostly consistent and little loading times.

Rad Rodgers is a short game that banks on making its mark by appealing to anyone wanting to be nostalgic of 90s action platformers. It’s a fun ride but is short and doesn’t really add much to the genre. A simple story, basic gunplay and strong graphics all add up to a game that’s worth a go but won’t be something to write home about. Completionists will get more out of the experience as there are quite a few different collectibles to hunt for.