Uncharted 4: A Thief’s End is the final installment in the Uncharted series, and says an amazing farewell to Nathan Drake, with its exhilarating new combat features, as well as a wide range of other new and returning features. The story of this final installment follows Nathan Drake and his long-lost, presumed dead, brother Sam Drake as they attempt to obtain the mythical treasure of Henry Avery. Joining them in their journey is Nate’s new wife Elena as well as his best friend Victor Sullivan (Sully), as they journey to Madagascar, Scotland and a range of other beautiful and unique locations.

The first new feature to greet players is the grappling hook, which allows players to gain access to several hidden areas that would be previously impossible to reach. This feature is not only a seamless feature during exploration, but also acts as a valid option during combat, as players are able to utilize it in order to escape enemy detection, or swing to another section of the battle. As well as this, during exploration players are also able to use the grapple alongside other features such as the Jeep, which will allow players to winch cars up steep inclines and slippery locations. Furthermore, as i explored the world the grapple hook allowed me to access small ruins and obtain new treasures, which encouraged me to explore the world more thoroughly adding an extra layer into the game’s exploration.

As well as this, Uncharted 4: A Thief’s End drastically improves upon both hand to hand combat and ranged combat, with several new features. The grappling hook has also been integrated into combat, and allows players to eliminate enemies from the air, utilizing aerial attacks. This allows players to eliminate enemies during stealth sections, as well as action segments. Stealth is also a drastically improved upon feature, as i felt myself wanting extra depth and options regarding combat approaches in prior games, and allows players to utilize multiple routes as well as cover in order to eliminate their enemies without alerting other their allies. Another feature that I often found tedious in prior games is the cover system, which has been altered and fixed since Uncharted 3, and allows players to seamlessly enter both cover and tall grassland in order to obscure themselves from the enemy’s line of sight. Due to this cover is now easily accessible making stealth a more viable option to players.

Uncharted 4 takes full advantage of the Playstation 4, showcasing a range of graphical features that will aid players throughout the game. Firstly certain rock faces contain specific areas that will allow players to utilize a small pick in order to maintain their position and reach greater heights. In addition to this Uncharted 4’s graphical stature also allows for drastically larger open areas throughout the game, allowing players to navigate battlezones stealthily, avoiding all enemies if necessary. These larger open areas add an extra depth to the game, giving it a better replayability value, as players can utilize different playstyles and routes throughout separate playthroughs.          Uncharted 4 also sees the return of treasures that players are able to locate throughout each play through, however due to uncharted 4’s drastically more expansive world this feature prompts players to further explore lands giving them another incentive other than hidden structures and locations. Alongside the return of the treasures feature, uncharted 4 also sees the return of the notebook, which will aid players throughout their adventure and the puzzles they may encounter. Although this iteration of the notebook is also able to inform players are Nate consistently adds new entries into for players to read and often laugh over. 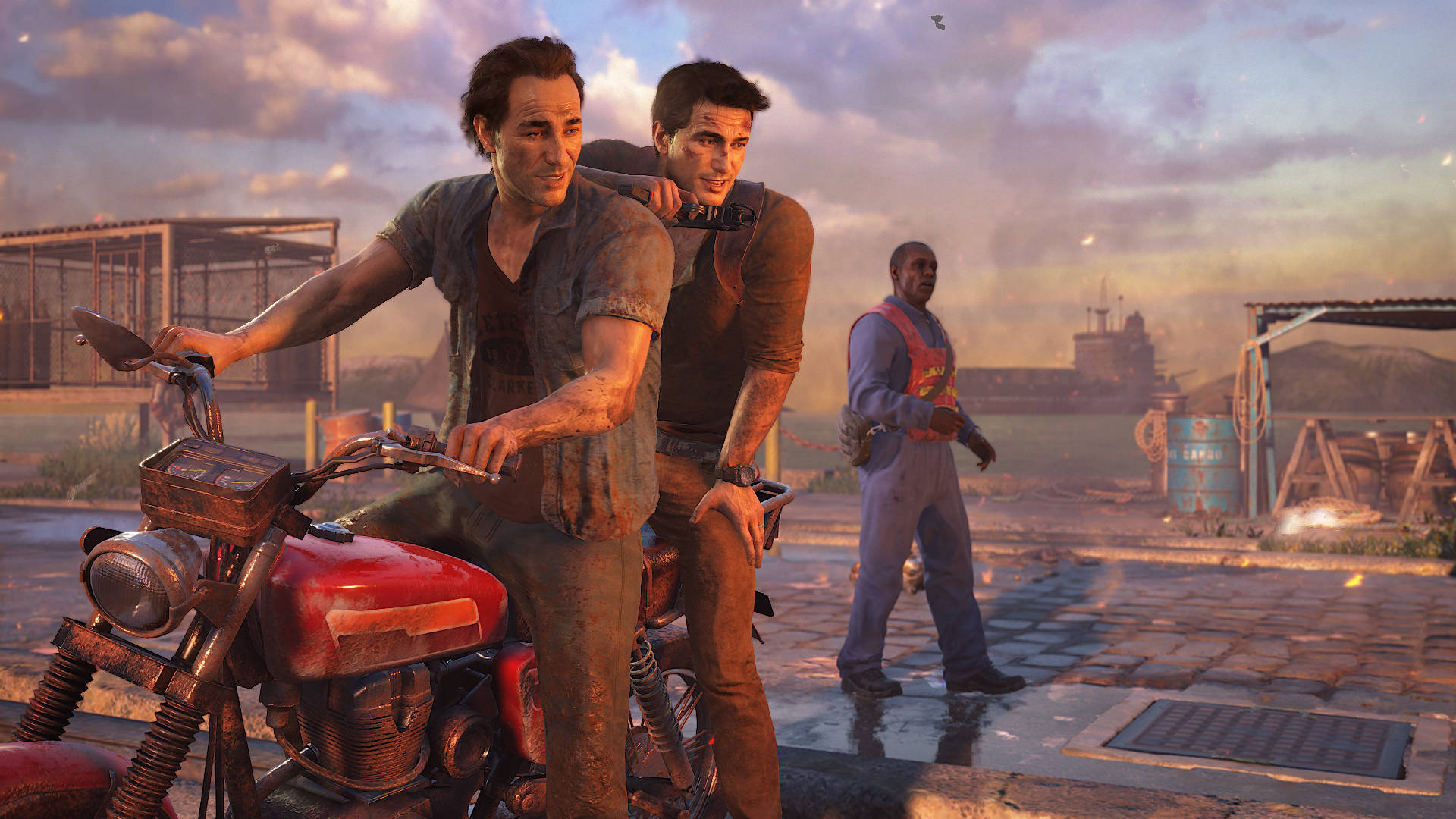 In addition to the grapple hook which i mentioned earlier, Uncharted 4 sees the return of its satisfying parkour system allowing players to seamlessly access a number of locations throughout the world, in which they may obtain treasures and hidden artifacts. As well as allowing players to explore the world of Uncharted 4, the game’s parkour system also allows players to gain an advantage in combat as they are able to climb rockfaces and utilize them as both cover from enemy fire and in order to obscure themselves during stealth. Finally, Uncharted 4 sees the debut of a perfect final adventure storyline as the game reveals both information about Nate’s recent past and his childhood in the St.Francis orphanage with his brother. This makes Uncharted 4 the perfect send off for fans and for Nathan Drake, Sully, and Elena.

Overall, Uncharted 4: A Thief’s End is an intense and emotional experience as players take their last step into the world of treasure, legends, and monsters, however the game is also very open and accessible to new players whilst still maintaining a connection to prior titles making it a suitable farewell to Nathan Drake and his allies.