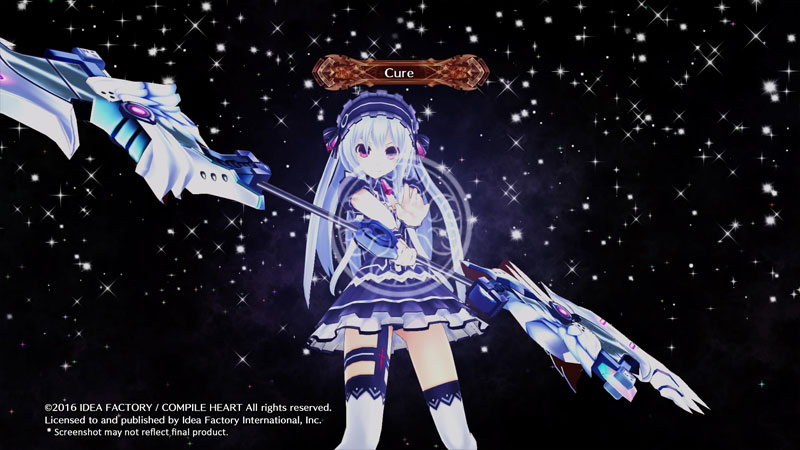 The minds behind the popular Hyper Dimension Neptunia series have created a new franchise! Been a fan of the Neptunia series I was incredibly excited to learn that Fairy Fencer F was getting the Ps4 remaster treatment and it must certainly doesn’t disappoint!

Fairy Fencer F was originally released for the PlayStation 3 in 2013 and it may have taken three years for us to get this version of the game but it’s with great reason it has so been worth the wait. I am not going to lie I have loved this game, it’s made me laugh, it’s made me cry, it’s made me curse out loud it’s a rare experience to find a role-playing game you actually enjoy as much as I have this one. Think a living fairy living in your weapon constantly interacting with you and your pretty much there.

The depth of the game is just insane. Multiple quests, hidden goodies and even alternative endings it has everything. I will first talk about the different paths the game can take you on. The ultimate goal of the game is to free the Goddess and cleanse the world of all evil (I’m trying so hard not to ruin this plot because it’s actually great) anyway to do this you must fight furies that have entrapped themselves inside weapon that reside in the Goddess. This alone will take you hours as each sword has a certain rank requirement which you can only reach by progressing through the game and obtaining more furies. 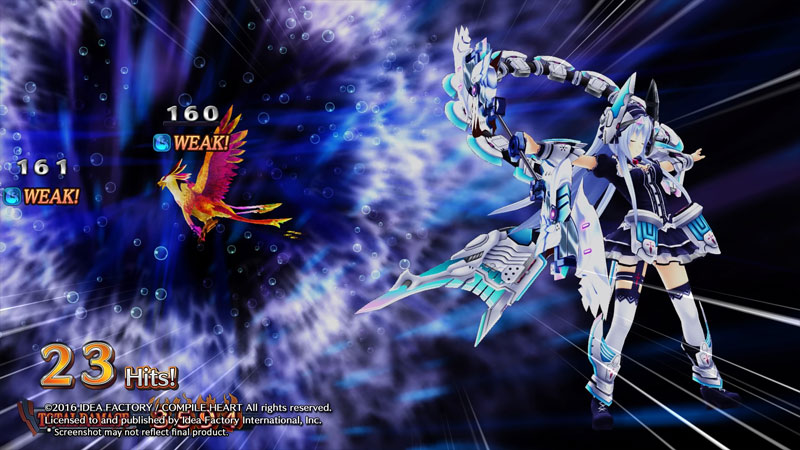 However if you feel like ending the world you can do that as well and it’s been a long time since a game has made me go “OH MY GOD!! What have I done???” but one of the paths you can go made me say this about three times and I will not reveal why just know that if you’re after a bad ending your damn well going to get it! So be prepared it’s pretty messed up.

Fairy Fencer F Advent Dark Forces battle system is pretty familiar to those who have played any turn based RPG you have a field which you can traverse around and your attacks only have a certain amount of range to them. What’s brilliant about this you really have to think about the placement of characters as if there’s a hard-hitting attack coming up and two of your allies are close together there’s a chance they may both get wiped out. This creates a real strategic edge to the game do I go heal that character or risk them dying? Controlling Six characters at once too is a blast.

There’s more to it though you have many different types of attack at your disposal most that use “SP” they look stunning and I still never get tired of watching a hard-hitting animation play out as the enemy is obliterated. Fairy Fencer F has its own type of Limit break called “Furize” this system is very similar to a game that was in my top 10 RPGs to play article the other day The Legend of Dragoon. You undergo a transformation and become much stronger and have access to an ultimate attack be warned though these use a ton of SP and all your other attacks including heals all use SP.

One thing that threw me off to start with was I found the game WAY too easy. You’ll be pleased to know there are three modes of difficulty added to the PlayStation 4 edition Easy, Normal and Hard. I’ve played RPGs most my life and I enjoyed the challenge Hard gave me. It tested my wits and I found myself really needing to read the enemies attacks and movements.

The characters in the game are very loveable too. Fang the protagonist, seems a bit of a hot head at first but trust me. He changes a lot throughout the story and you will find yourself warming to him more and more as the story progresses. The supporting cast are also full of quirky remarks and memorable moments. 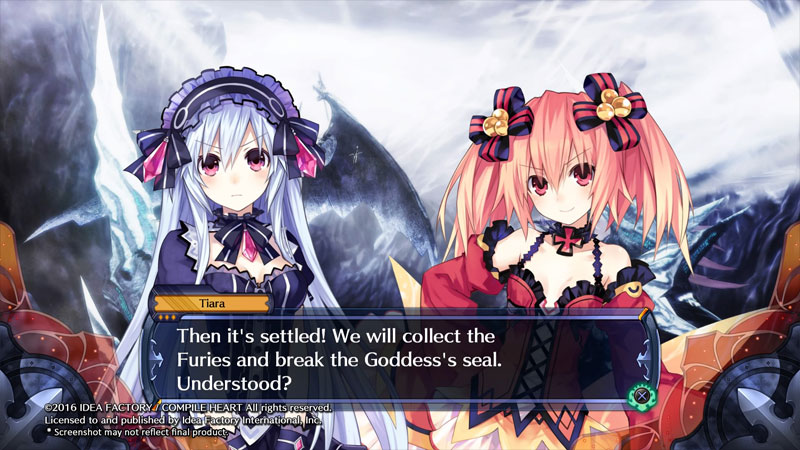 The banter exchanged in the cut scenes is all voiced extremely well some of the best voice over work I’ve heard in an RPG for a long time there’s no awkward cringe moments regarding the voice acting the characters however do have their moments where your like  no….…..really?! so that just happened..

Music in the game is awesome as well and is done by the extremely talented Nobuo Uematsu who did incredible music in the past, such as one winged Angel. I love the fact there’s always a tune in the background to match the atmosphere of what’s happening. Low on health or have a character KO’ed? then the music will change. Just got a character into a “Fairize” then you will hear an upbeat song in the background letting you know its go time.

Overall there’s so much I could tell you about this game. When you equip stuff you actually see the equipment on the character. Weapons can be upgraded through earning experience and completing player challenges. There’s so much depth that it’s sure to keep you busy for hours upon hours. Any fans of any type of RPG should definitely get this game it tells a great story and if I had done my article for my top 10 Turn based RPGs now this would be in there it’s that good it’s been a long time since I’ve enjoyed a game as much as I have enjoyed this one.