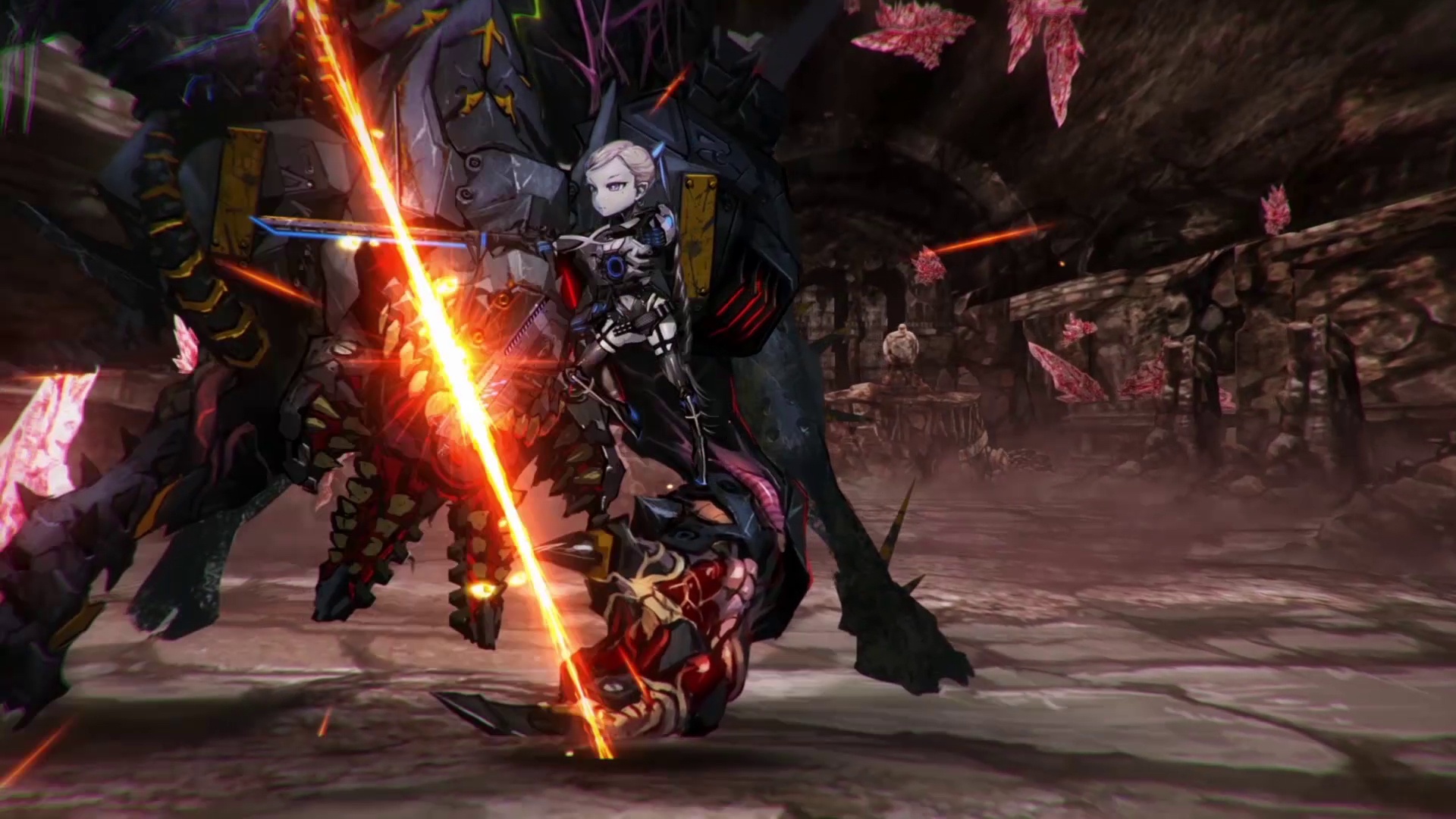 Earth’s Dawn is going to put your square button through its paces.  Japanese developers Oneoreight have crafted a war-torn world full of alien threat for you to stylishly slice through in the western port of their Earth Wars title, available this November across all platforms. It’s a 2D side scrolling slash-em-up that feels like a crazy mix of Metal Slug, Devil May Cry and Final Fantasy that I would recommend to anybody with a strong thumb.

Depending on the weapon you have equipped, attacks are performed by pressing either square or triangle. There are other controls, but these are the ones you will be toiling over. The enemies will flood the screen, you will press attack until your thumb aches and your little dead-eyed anime character will stab/shoot his or her way through the E.B.E. scourge invading the earth. After a certain amount of hits, each enemy can be killed by delivering a fatal blow (performed by pressing square again). Your character will often stop mid combo to decapitate an enemy with a stylish flourish before carrying on, and the screen is regularly a crazy blur of dead alien enemies and slash marks. Earth’s Dawn is simple hack ‘n’ slash fun with an added RPG layer, presented in a unique flash/anime style, and it’s incredibly satisfying to play. 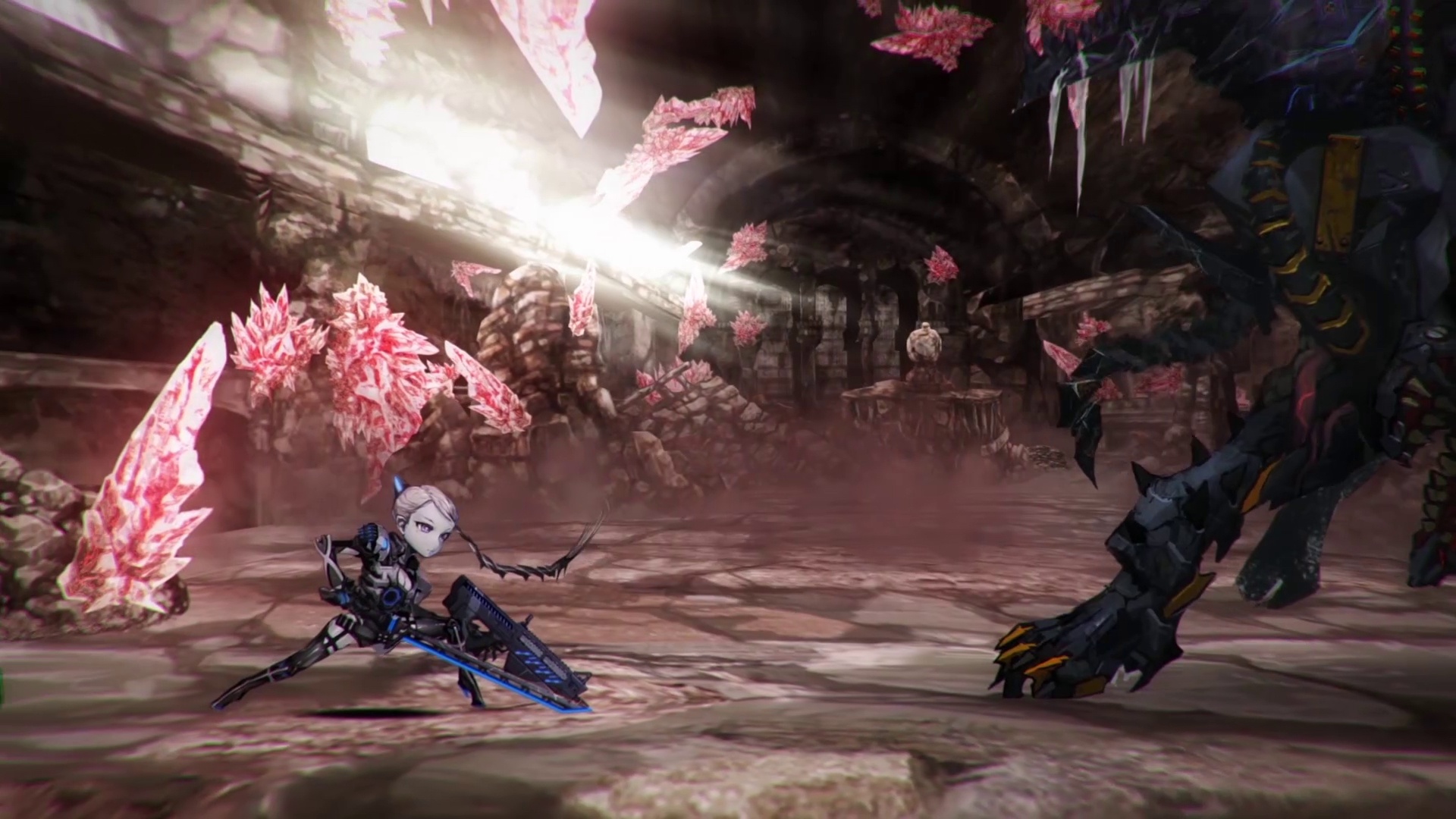 While defeating enemies will reward experience, acquiring new skills is done by completing stages rather than levelling up. Some of these skills can be linked to others, allowing you to power up attacks depending on how you want to play the game. Different weapons can be crafted that play extremely differently to one another, such as the monstrously large broadsword slowly deals huge damage to swathes of enemies, while the bow peppers your foes with arrows before dealing damage with kicks. Each weapon you craft can be imbued with effects like fire, poison and lightning. It’s a deceptively deep system that allows large levels of customisation for such a simple game.

Admittedly, its flash-like appearance seemed a little bit odd, but after the first couple of stages I started to appreciate its charm. Everything seems so painstakingly crafted.  The weapons you wield all look suitably destructive in the hands of your customisable anime warrior, the enemies and bosses are all beautifully designed, and the backdrops you play in are all rendered with care and attention. The sound design is superb. The upbeat soundtrack fits the frantic gameplay nicely and each slash of your sword sounds right at home amongst the explosions and alien death-screams. 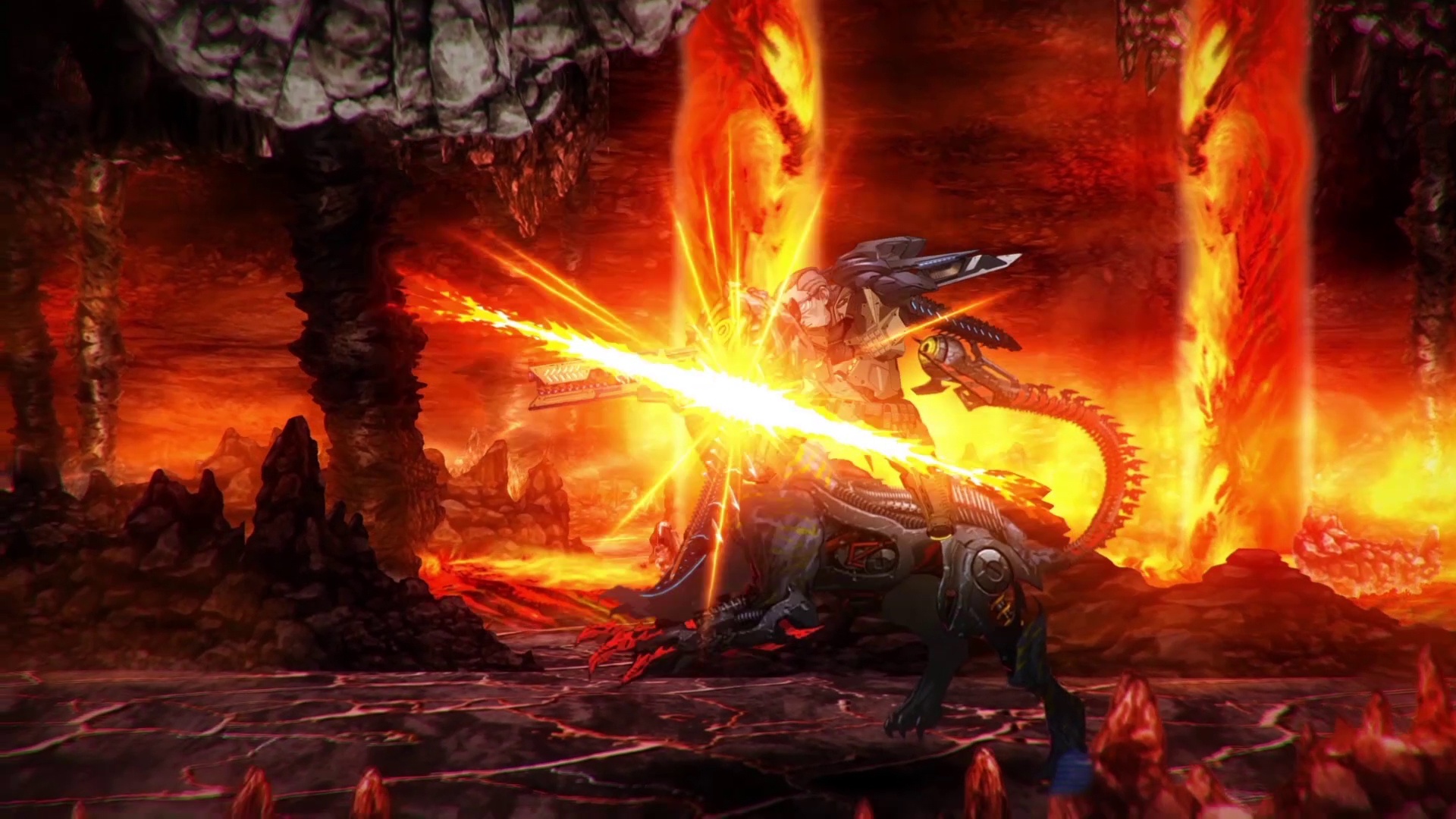 A few things bothered me about the game though. Delivering a fatal blow on the enemy triggers a nice little animation, but the weapons used to perform this execution default to the basic gun and katana, no matter what I had equipped my character with. While not exactly game-breaking, the amount of time I had funnelled into making my 8-foot, poison-lightning broadsword so damaging felt immediately undone by my guy preferring to dispatch his foes with the stuff you start the game with. The game itself is a lot of fun, but at times the only button I needed to press was square. This could be down to my own laziness, but badass combos were performed without any sort of tactical gameplay or skill.

Overall, I would happily recommend Earth’s Dawn to anybody due to its sheer ease to play. The depth of customisation from the skills and weapon crafting will keep the RPG fans happy, while those looking for a slice of arcade-style slashing will find exactly that. Objectives are varied, missions are ranked from E to S for the completionists out there, and those with a competitive streak can reach for the top of the online scoreboards. The art style is unique and the gameplay is solid.