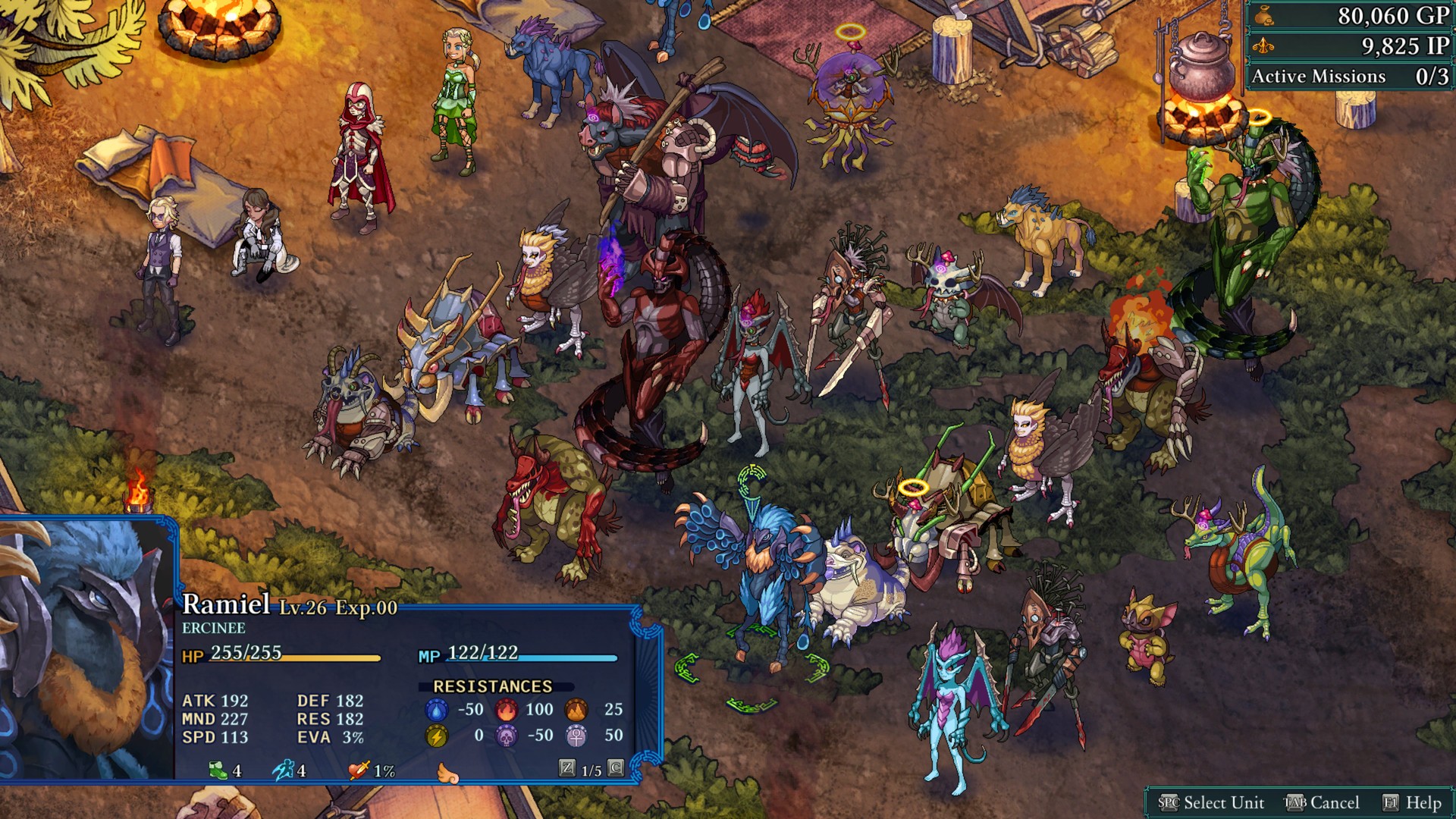 Fell Seal: Arbiter’s Mark is admittedly another title that has passed me by and I have only just got around to trying. It is available on PC, Xbox One, Playstation 4 and Nintendo Switch. It launched on 30th April 2019 across all platforms and even though it is well over a year absorbed into the gaming world, it has just received a new expansion titled “Missions and Monsters” so the game is still being supported with downloadable content and updates even this far down the road which is excellent to see. We see far too many games, some promising, fantastic and underwhelming that could have further support to solidify the experience only to be abandoned to the pile of the past.

Developed by 6 Eyes Studio which, if I am reading rightly is a two-person team, ex members of Studio Archcraft the indie studio behind Nintendo DS title Sigil: Blade Of The Exiled. I’ll be honest and say that I have only ever played Mario titles and Pokemon on a Nintendo DS, but the fact that only two people have developed the chunk of this entire game is an incredible feat. They have had some contributions of assistance, from pixel artists to dialogue editors, you can find the full list of names who helped on their official website. There is a message of thanks to these individuals and a statement to say that without these people it would have taken many more years of work and dedication to complete. The game itself is published by 1C Entertainment and Publishing.

Fell Seal: Arbiter’s Mark takes inspiration from Final Fantasy Tactics and you’ll notice these similarities almost immediately. I can’t believe that Final Fantasy Tactics is now a 23-year-old game so the youngsters amongst us won’t even recall even hearing about it, let alone playing it. If you enjoy titles such as XCOM, Mutant Year Zero: Road To Eden or some of the turn-based Warhammer games, then it is likely you’ll want to pay this one some serious attention. Turn-based strategy is the fundamental importance of this game, but how does it hold up compared with the big hitters of the genre?

Character customisation is rich in detail here with a variety of options at your disposal, in fact, there are 20 different classes in the base game content with over 200 differing abilities so every squadmate is truly unique in how they respond and react. You’ll instantly notice how beautiful the scenery and backdrop is in terms of visuals, the way the colours blend into the environments is stunning. I’m not sure whether these were all hand drawn, but it appeared this way to me. Dialogue and its text match up the characters perfectly and crystal clear, there are plenty of games out there that get this wrong with text that is too small to read, but they nail it here.

I was hugely impressed at how deep the character customisation and progression system was, each character has a certain class and as you progress you can earn points to unlock stronger and more adaptable abilities and elements to suit how you want to attack or defend. You can also recruit extra soldiers at any stage if you have the cash to do so at your disposal, so not only is it addictive strengthening your army it’s also ensuring they gel well together and complement each other on the battlefield. There is also the option of crafting items and various other objectives from materials left on the ground. This was refreshing to see as with some turn-based strategy games it can get a bit mundane moving characters around like a giant chessboard and then nothing else to back up the attack and defend features. Here you’ll have all of that, but you’ll be able to assign and spend your earned points, cash and craft up some items ready for the next battle. 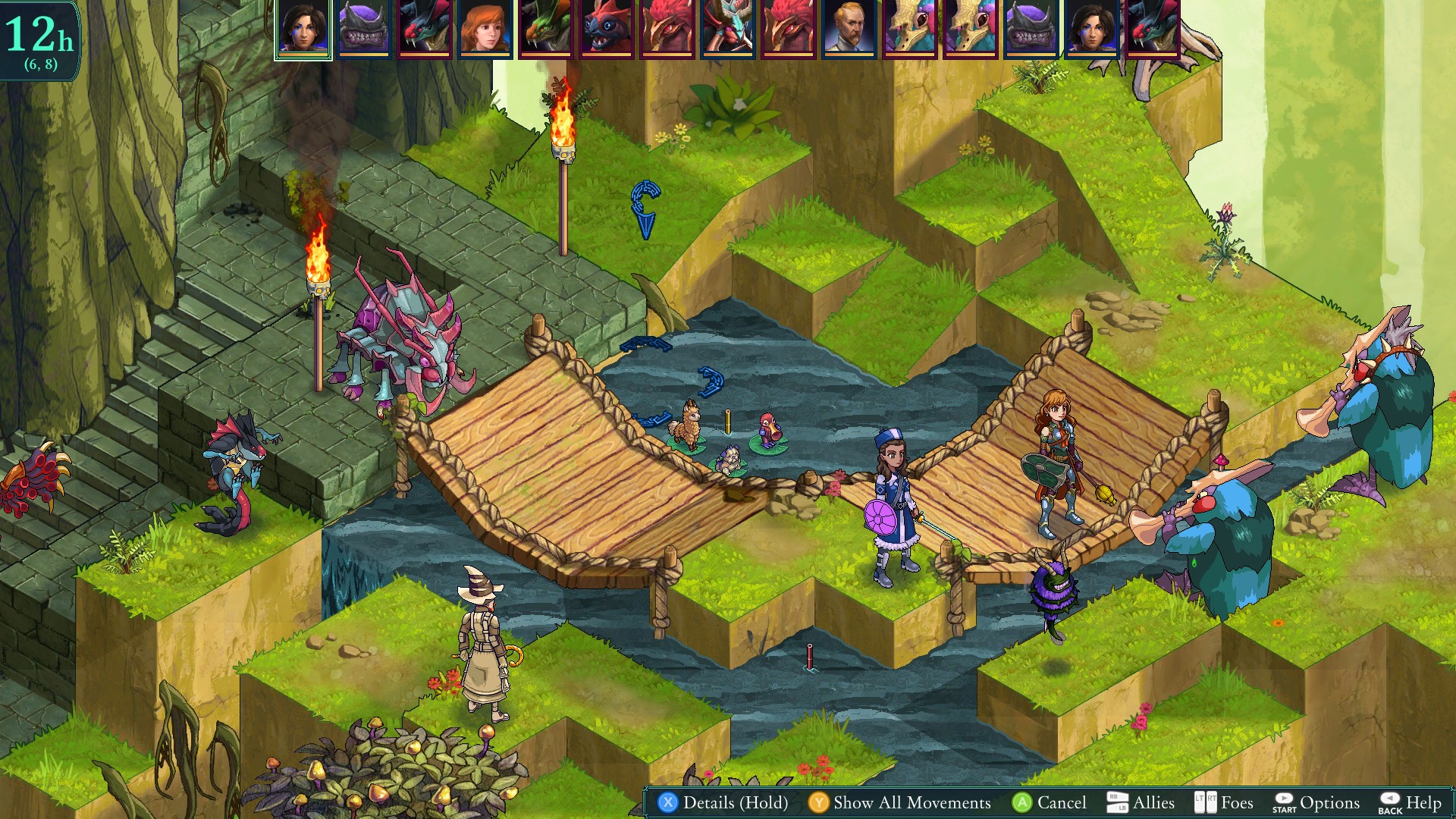 Now if you’re not used to turn-based strategy games, you may find the start point of this game a little overwhelming as there is an abundance of factors to learn here. It really is worth sticking with and being patient at this stage as everything will click into place for you. I felt some work could be done by introducing the game and slowly settling people in, but that would be far too critical for me to say so for such a small team. They have made up for this in so many ways, though, the opening cutscene is actually immersive and it didn’t make me switch off and make me want to skip straight to the action which can happen with a lot of titles. They have invested in the story and also the backstory of the game and the characters.

The story is interesting enough to be invested in, the world of Fell Seal is looked after by the immortals, which is essentially a council of people who have come together to protect the lands and the community. They have formed to prevent such a siege of destruction from ever happening again and bringing peace and unity to everyone. The immortals may be powerful enough to conquer any attacks, but they are a small unity so cannot survey every area of the land for fear of attack. They rely on the mortal agents known as Arbiters guarding the land from the day-to-day dangers that may be faced.

The levels themselves are very well laid and thought out much like the characters. You’ll be able to climb up ladders and hills and also find secret areas to uncover. I found myself crumbling and dying easily sometimes, but that could be solved by dipping back into previous levels and grinding up your character levels to strengthen them and better equipped. You really do start warming to your small army of characters and you’ll start to learn which one of them you’d like to use over others to perform certain powers and abilities.

One thing I would have loved to have seen is a bit more scope on the orientation of the world map and some rotation to give your viewpoint more flexibility. The logistics of this however may be too much of an ask for the mesmerizing job the two-person team have done here. I had the same amount of fun than I did 23 years ago with Final Fantasy Tactics, if not more because I’m older and I’d like to think wiser than I was a 12-year-old kid.

Now, after hammering through the base game I added the additional content Missions and Monsters and this adds even more longevity to the game. Whilst it’s not a continuation of the core story of Fell Seal but it adds an awful lot to the game and isn’t just a small expansion, you can tell the developers haven’t stopped working to make this happen. 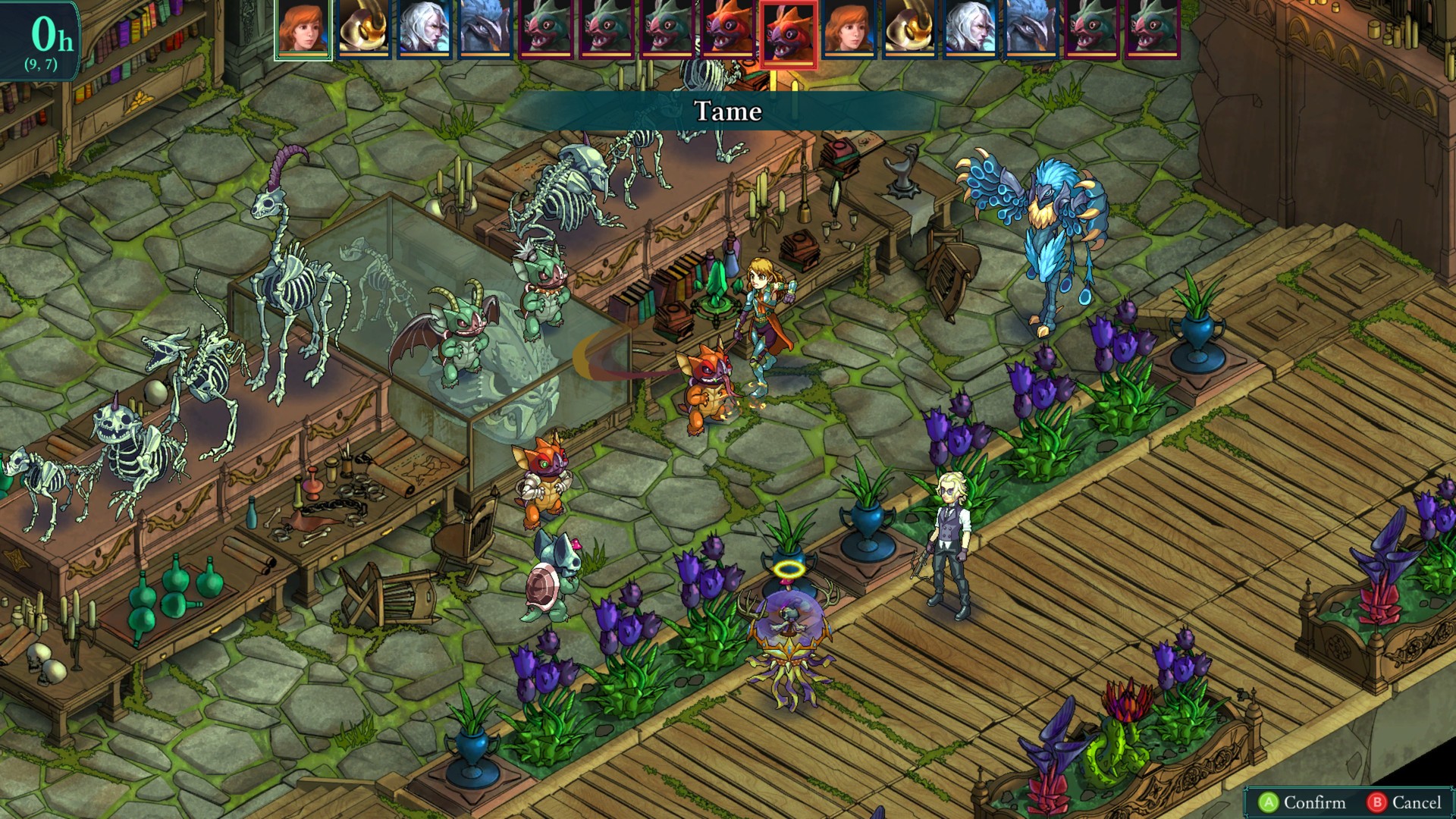 Missions and Monsters adds new mechanics, more abilities, new classes, areas, a guild upgrade system, monster taming, monster classes and new encounters. So detracting from the core experience of the game that we have already gone through, the monster taming and recruitment actually allows you to gain the world’s monsters into your crew of immortals, which is really interesting and gives the game a whole new meaning. The monsters come with their special own class system, allowing you to learn a whole new plethora of going through their abilities and powers.

There are also hunts added to the game which allow you to encounter new special monsters in new lands and areas. This really pushes into new unreached directions that you wouldn’t have witnessed just playing the base game. So I’d say the expansion is for sure worth the investment. The update gives you monster subclasses of which there is a selection of more than 20, 3 brand new human classes known as the beastmaster, the samurai and the wrangler. There are also new crafting materials and equipment and recipes and you’ll have 5 totally new locations to find these on also and even more to be discovered. There is so much to this game that I am still working my way through observing all the additional content, so for the low price point I’d say grab the expansion along with the base game just to taste the flavour of everything on offer here. Not only that, but you’ll be able to grab the additional added achievements that have been conveniently placed alongside the new missions.

Fell Seal: Arbiter’s Mark is an exceptional entry into the turn-based strategy world and one that has an actual immersive base of characters and backstory. Newcomers will want to focus on learning everything here as the end result is sublime, and it really is difficult to criticise any of what the developers have worked on here. If you like turn based strategy games, then you’d be missing out by not owning this gem.

Fell Seal: Arbiter’s Mark is a game that I am kicking myself for missing, but a hidden gem that I am glad I’ve found. Inspired by Final Fantasy Tactics, it rivals the excellent games such as the XCOM series on a par with deep progression and replay value!