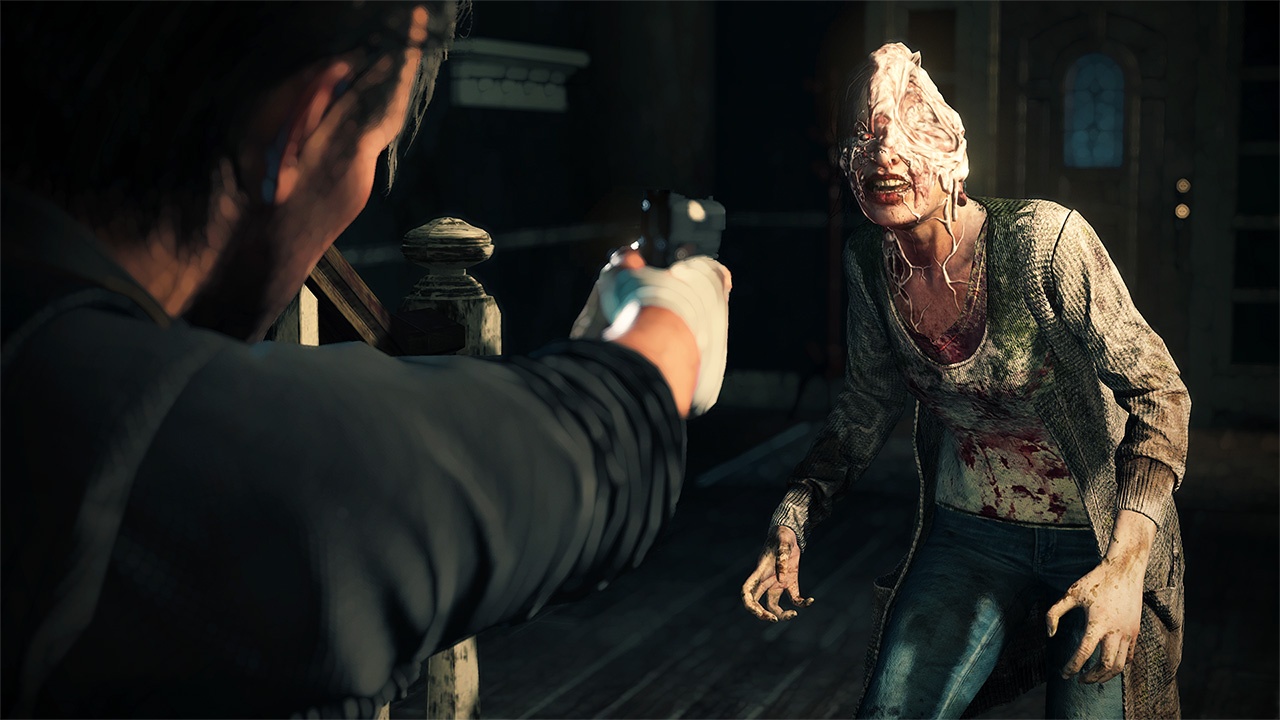 If there’s two things to take from the original Evil Within game is that number one, this is surely not easy walk in the part survivor horror game, and two, it’s incredibly exhausting leading up to it’s final chapters and after I completing through fifteen to twenty hours of The Evil Within 2 I drained out. The Evil Within 2 is ambitious, genuinely intense and often times brutally difficult experience which can be frustrating but did leave me delighted.

Much like the original before it, The Evil Within 2 doesn’t exactly know to deliver a convincing dialogue or even maintain a consistent tone, but it does understand that the mark of a true survivor horror is to leave you feeling you just barely survived time and time again.

Developer Tango Gameworks has done a much better job with a more cleaner set up this time by sending the games main protagonist, Sebastian Castellanos to rescue his supposedly dead daughter making this game all the more personal which adds some vital emotional stakes in the process. Sebastian on the other hand is somehow even more dull than ever three years later. The wider cast doesn’t quite fare much better either as they are mostly serviceable archetypes that are mostly there to push the plot forward but are filled with occasional awkward dialog that offsets the tone of both the story and characters. It’s a missed opportunity to not let them have a little fun in such an eccentric setting.

This is still The Evil Within though and its world remains to be pleasantly vibrant and weird as usual. The since that the rules can be changed at any moment keeps things interesting despite or perhaps its inbred insane, ridiculousness. 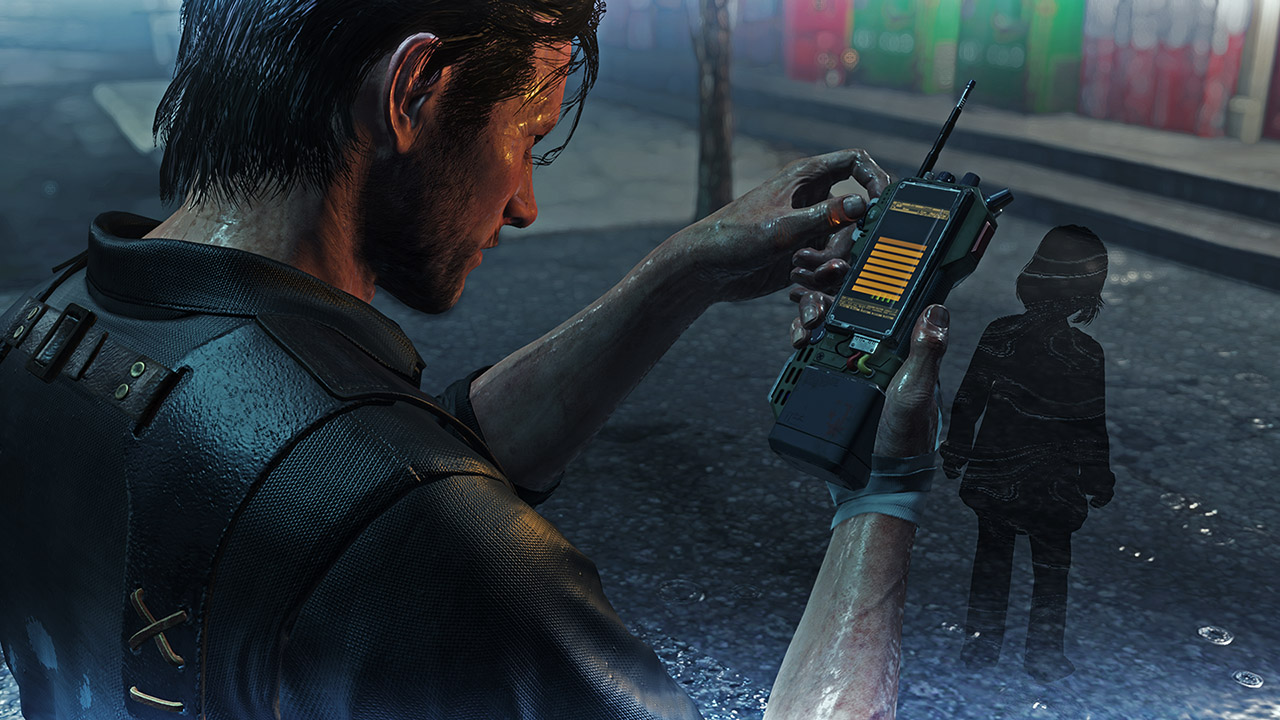 The Evil Within 2’s story travels unusual road as its first half is tonally from the second. Sebastian starts off his journey preoccupied with a deranged murderer  who is full of himself and sees himself as an artist which in the end is a rambling mystery punctuated by a weak boss fight. It doesn’t compare to the nonstop climatic encounters and big moments of the original. The second half on the other hand travels more at a breakneck paste and its strength and intensity makes you kind of wonder what the first half was actually there in the first place, but I would never accuse The Evil Within 2 of being inconsistent in its mood however. At ever turn Tango has done a great deal with lighting. Dimly lit corridors feel claustrophobic creating a sense of inevitability. The game itself is a much bigger mini sandbox as well as you have more freedom in exploring it. Union–a mini town within STEM–is a sprawling post apocalyptic mess of dinners and picket fence packed with unusual horrors. It’s filled with a large amount of tools that offer unique enemy encounters side quest and loot that organically backed into the world.

In every instance and most cases exploration in The Evil Within 2 is essentially worth it, especially in vital moments when it comes to scavenging for loot. At most times you might find yourself frequently putting Sebastian in insane amounts of danger to find enough parts to just to upgrade your hand gun. Blindly Sprinting towards a dim glimmering light in the distance is the sound of enemies rawering at my heels with the games excellent score pounding in my ears was an enjoyably rush every time.

Enemies are plentiful, relentless, and delightfully even more gross in their text than ever. They’re also very unpredictable with their movements so sneak kills aren’t always the best option if you’re not too careful. 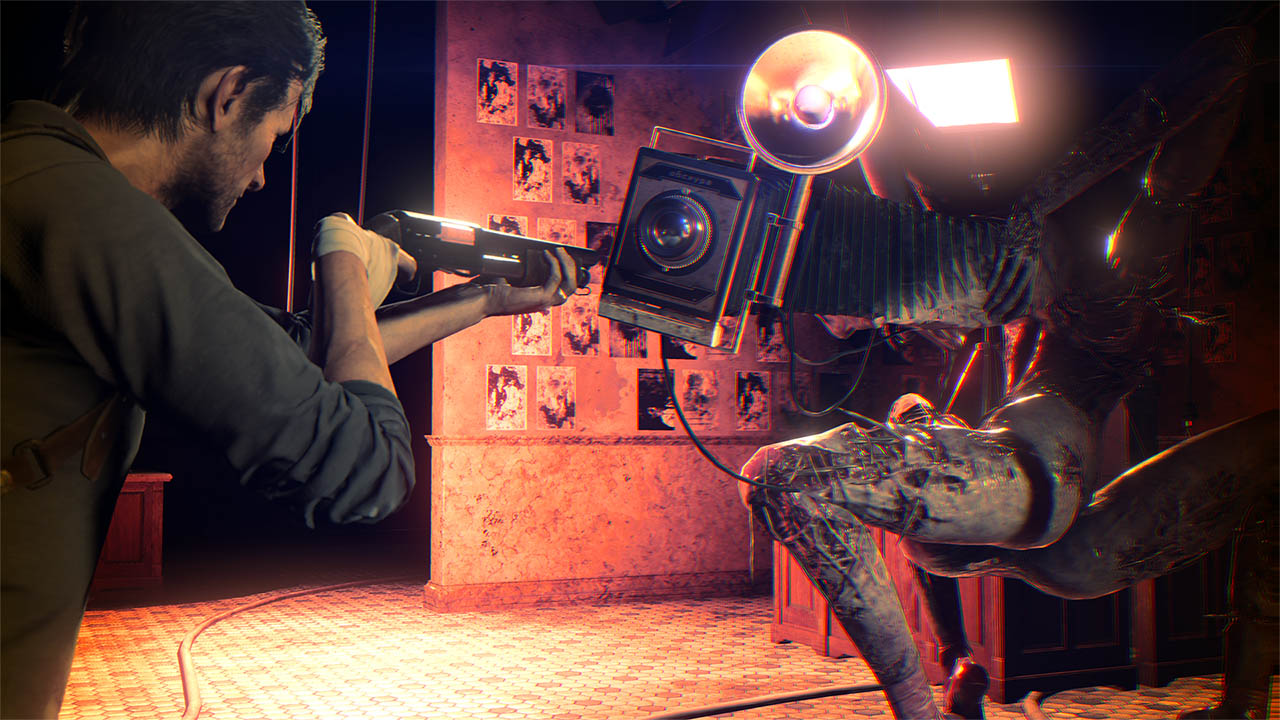 Fighting isn’t always mandatory though, like its predecessor The Evil Within 2 allows for a stealthy approach and its slightly more achievable this time with a much larger play ground and a new stealth upgrade path. But if that’s not how you like to go about it, shooting your enemies in the head us often times your best option to get by .

In a more classic survivor-horror style, much of exhilaration in the Evil Within 2 mostly comes from being spotted and having to suddenly jump straight into a fight making due with whatever fast resources you have at hand. Often times I was forced to experiment the lesser used weapons making for unexpectedly creative fights while it was a case of having to absolutely needing to land every single head shot with my hand gun while desperately searching for responding ammo in the area.

With scarcity in ammo in mind though I would have liked more visual or audio feedback from the enemies themselves to assure me that a shot had some affect on them. Some boss fights were a bit frustrating as they appeared to not even be bothered by my obvious or sneaky head shots as there was no grant of pain or step backwards indicate the progression of a fight. If every bullet counts then you should know when your shots do.

The Evil Within 2 provides you with more options to play your way in much larger survivor-horror playground then the original. Although its jointed plot and weak protagonist making it a bit slow to get started, being chased in very amusing bizarre world by plentiful and disturbing monsters kept my palms sweaty, my heart pounding and kept me on the edge of my seat wanting more.