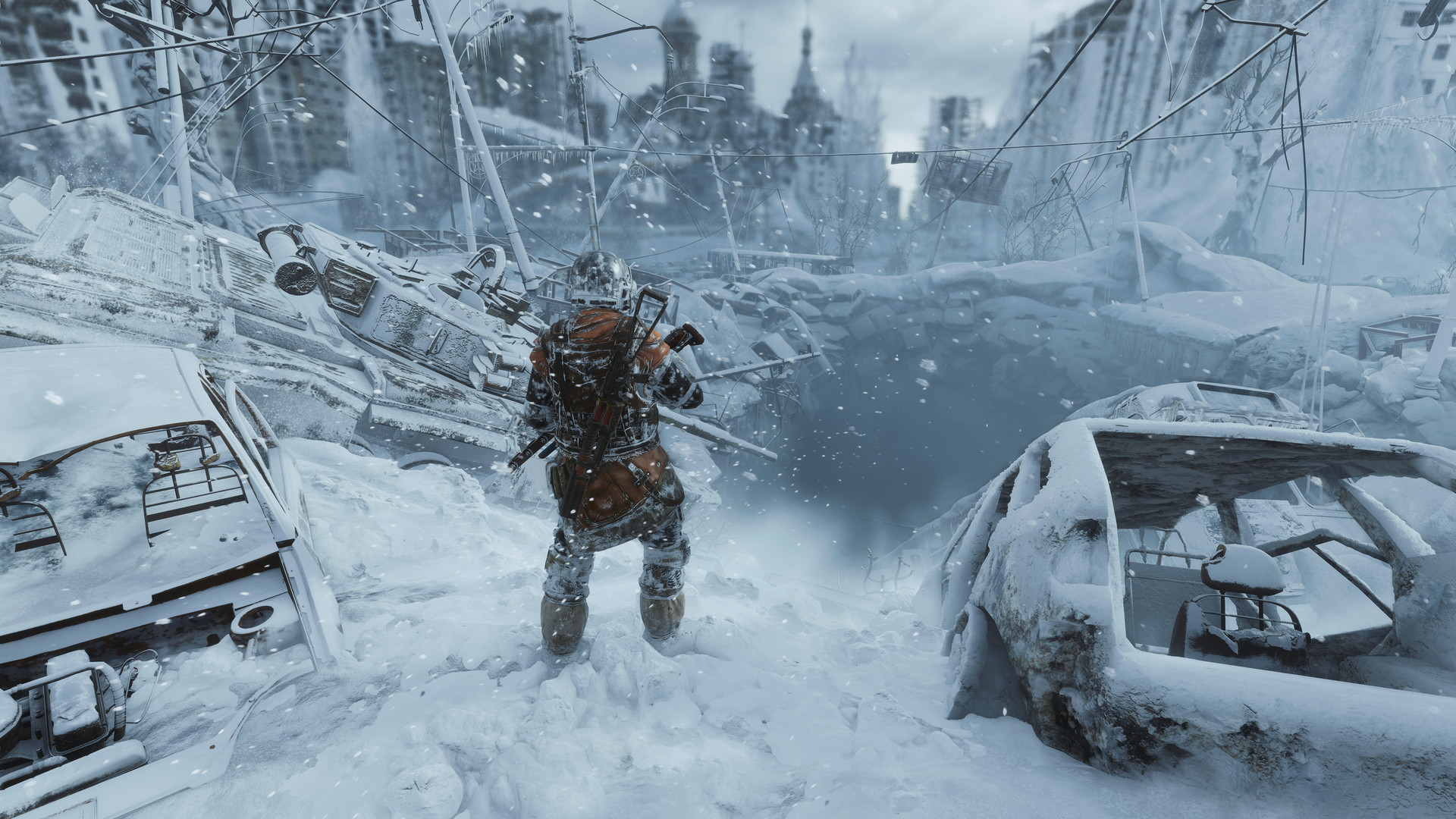 If I were to say that I wasn’t excited for Metro Exodus – I’d lie. As Metro: Last Light is one of my favourite games of all time, and Exodus, as it was, is the finale of the three part trilogy that had me wait in anticipation for months, if not years. Hell, even when the remaster of Metro and Metro: Last Light was released, I was there day one and even went out of my way to secure an early copy of Exodus. But the more I’ve tunnelled through the title, the more I realised that it wasn’t the game I expected it to be, or even the title it should have been.

Metro Exodus’ main selling point was the fact that it was going to be a semi-open world FPS, which would work to expand upon the two original releases significantly. However, the pursuit of freedom has ultimately done more bad than good, as first of all, each and every single one of the three open world segments is rather uneventful and largely unnecessary and even with the added vehicles, it is a chore to traverse as Metro’s trademark, heavy and impactful gameplay makes it painful to traverse longer distances.

The open ended nature of the select few chapters drags the title down significantly, as it highlights how great the prequels were, and how brilliant the true metro’esque sequences are within the Exodus. As whenever the title in question pulls you out of the bogs, deserts, and forests, and drops into an underground base, bunker, or well, a metro, this otherwise dull and uninteresting endeavour turns into an absolute, digital page turner. As the dullness is rapidly replaced with a sense of dread, the second the bright and sandy dunes and lush forests turn into moist, grim, and claustrophobic tunnels and 2 by 2 rooms. 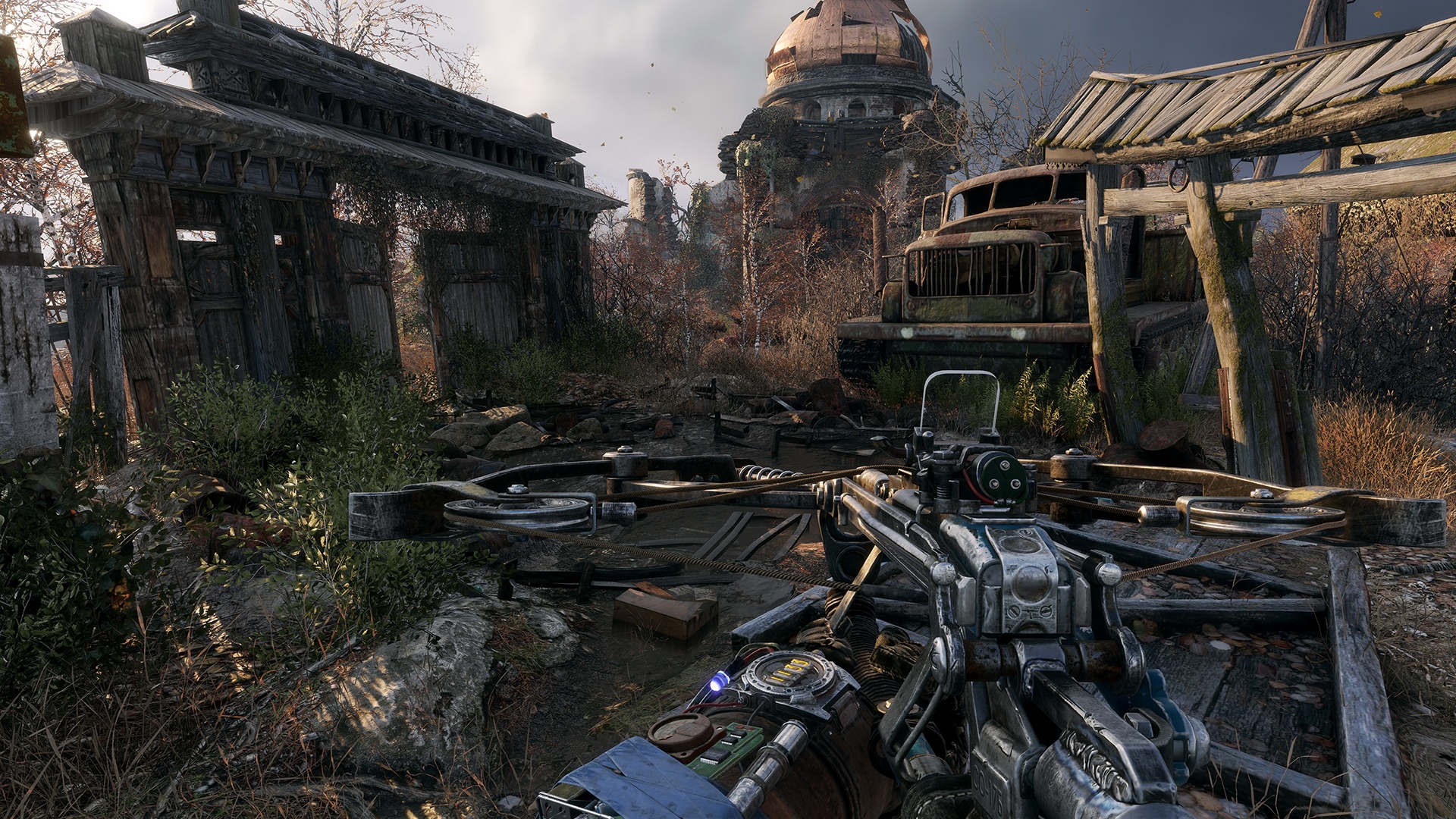 Open worlds are great, don’t get me wrong, but they’re not for every franchise, and not for every genre. Throughout Metro Exodus, it sometimes feels like turning the title into an open world games, wasn’t an entirely conscious decision, as some parts of the title, such as the weapon management and unlocks, feel like they’ve been cobbled together in a last second. Whenever you start a new open world chapter, you are loaded with every imaginable weapon and attachment the second you step your foot off of the Aurora – the train which the merry band of protagonists uses to travel across Russia.

The weapon upgrades, and the weapons themselves have evolved significantly since the previous two releases, as Metro Exodus allows you to go all out and create four barrelled monstrosities straight out of Soviet bootleg bazaar. And this is great, but is nowhere near as satisfying as it was in the previous instalments, as you no longer earn or purchase new attachments; you just pick them off of corpses of ever respawning bandits, outlaws, and ruffians. The same goes for your Spartan suit upgrades, which just like the attachments, are for the most part lying around waiting to be picked up.

All in all, Metro Exodus is simply not a rewarding experience, as all your acts of valour, or acts of ruthless aggression bare little to no fruit and this fact circles all the way back to the first point of Metro Exodus not having a particularly stable development process, as the large portions of it simply feel, and play like they haven’t been designed with the player in mind, but the ever ending budget. This is further reinforced by the title’s rather formulaic nature which has you enter new open world areas, just to meet the big bad who prevents you from moving forward, only for you to kill the big bad and continue your journey.

Narrative wise, Metro Exodus has some great moments, especially towards the end when you encounter numerous factions such as Pirates and children of the forest, who are nothing more than grown up children who got stuck in a middle of a mutant infested forest after the nuclear attack on Russia (and possibly the rest of the world). This portion of the title is borderline magical, as it feels like you are going through a place that is stuck in time, due to the summer camp hierarchy, and child-like mannerisms which all the characters have within that zone.

The final two chapters of Metro Exodus are its strongest points by far, as they propel the main narrative forward at the speed of light, and are not as grand in their size as some which came before them. The second to last chapter, which I have described within the paragraph above, is technically classed as semi-open, but unlike the two open-world chapters which came before it, it features no exploration, backtracking, or needless traversal as it has you constantly go from point A to B, to C, and so on and so forth. And yes, it features no metro tunnels or bunkers, but it is rigid and concise enough to provide you with the Metro experience which many have grown to love.

Metro Exodus’ final chapter, which takes place in an ice clad and highly irradiated Novosibirsk, is without a shadow of a doubt its brightest point. When I was making my way through it, knowing that I am slowly approaching the final credits, I was highly disappointed as this was exactly what I wanted from Exodus. A hostile, and unforgiving experience where even a smallest mistake can result in your death and this particular chapter is not just the best chapter to play, but it is also the best chapter to look at. As out of all of them, it is both the most attractive and the most intriguing. 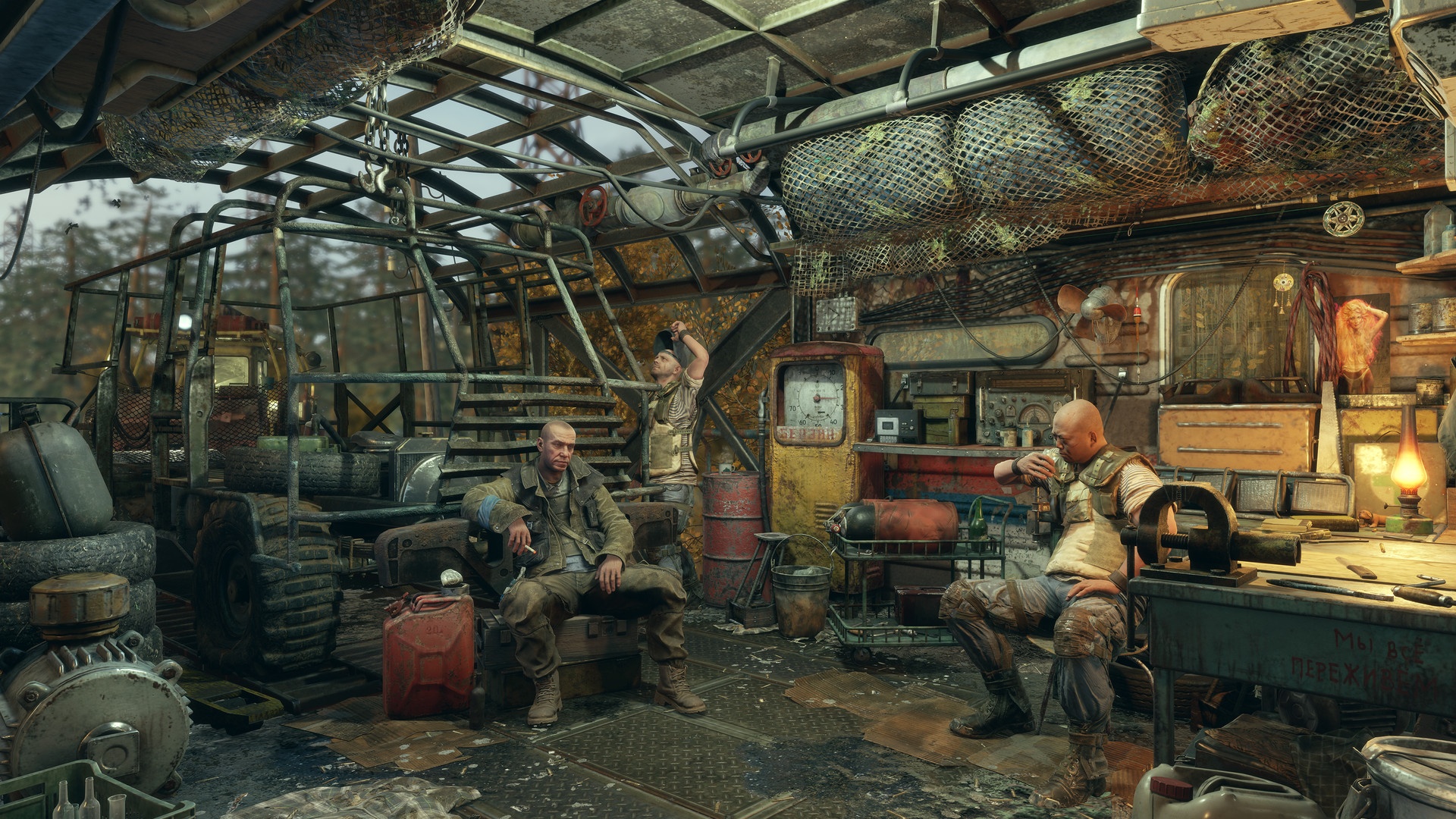 If the entirety of Metro Exodus had two chapters in Moscow, two on the road – or rather rail- and six in Novosibirsk, then it could have been a clear game of the year contender, as the final chapter is quite literally what the dreams are made of, as it even manages to justify all the meaningless features such as driving and boating which other chapters grind to death. But it is what it is, and we have to deal with the cards which we are dealt with; Metro: Exodus might not be a Royal Flush, but at least it is not a Dead Man’s Hand.

I could talk and write about Metro Exodus for hours, if not days on end. But for the purpose of this review I believe that above text is just enough, to portray Metro Exodus for what it is. It is a rebellious and angry game, which tried so hard to stray from its claustrophobic and thrilling formula, that it has become nothing more than yet another open world shooter, with very little special to offer. But if you have played the previous instalments, and want to know how Artyom’s story ends, then this particular title is worth picking up for the finale, and the select few chapters alone.

Ultimately, Metro Exodus has its moments, as from escaping Moscow, through the battles with blood crazed cannibals, all the way down to the struggles for survival on the ice clad streets and metro rails of Novosibirsk – you will surely have some Metro’esque fun. But those are just brief moments, which are separated with seemingly endless hours of needles and dull exploration, which the game could easily do without. If you are on a search for a great survival horror, which in and of itself is one big moment, then you are better off picking up the Metro: Collection on either of the platforms – which in today’s market you can buy for less than £5.

Metro Exodus is an open world game which due to its drastic change of direction feels lost, and largely uninspired. And if not for its ‘classic’ moments of Metro’esque brilliance, it would be nothing more than another average shooter.