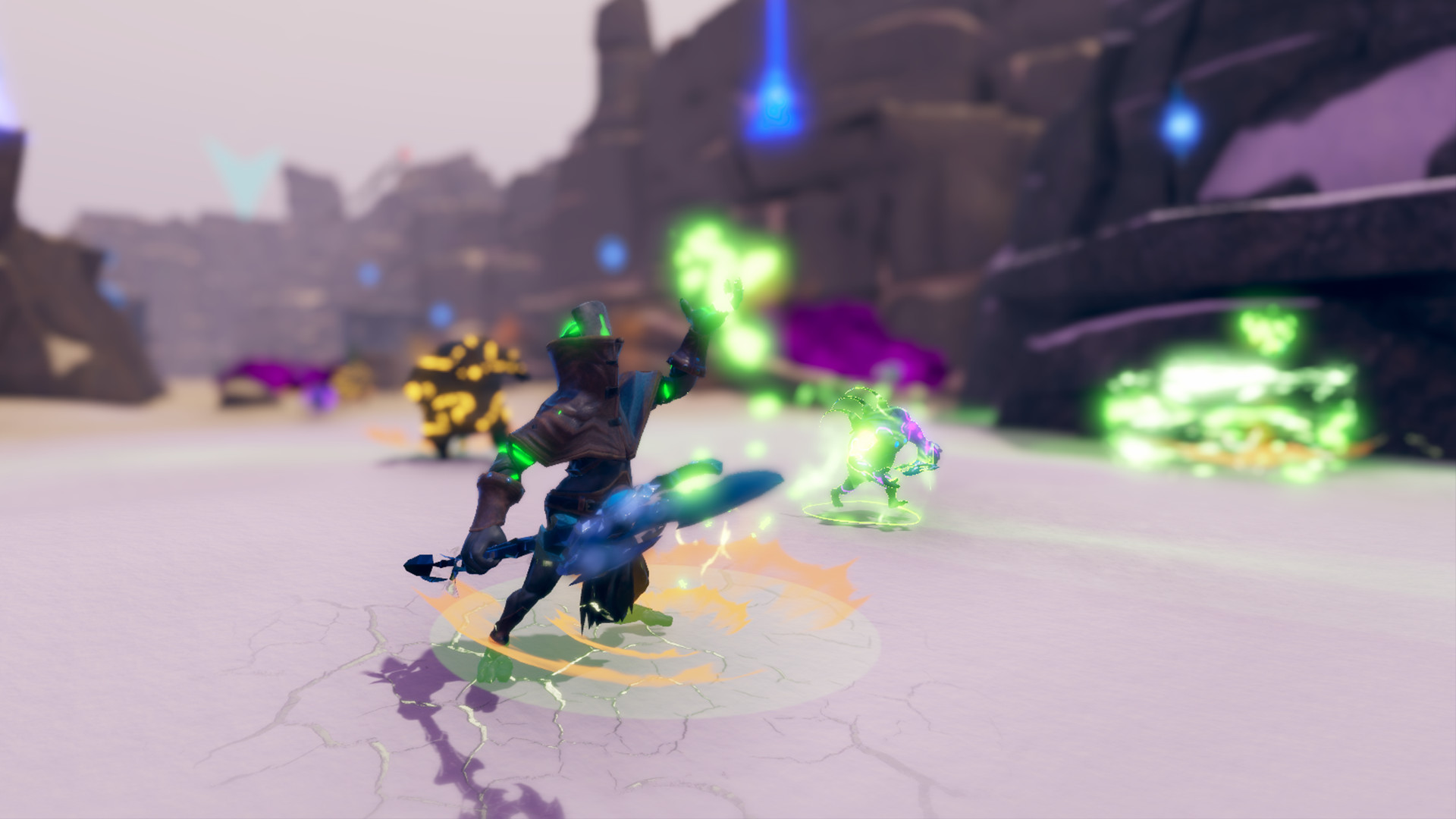 In QuiVr you are an archer and you must stop the enemies from reaching the other side. This continues with multiple enemies appearing and making their way to the gates, your job is to put an end to them before they touch these gates. Once you start it up you are plopped into a tutorial area, where a mystical ghost owl will help and guide you through a tutorial. 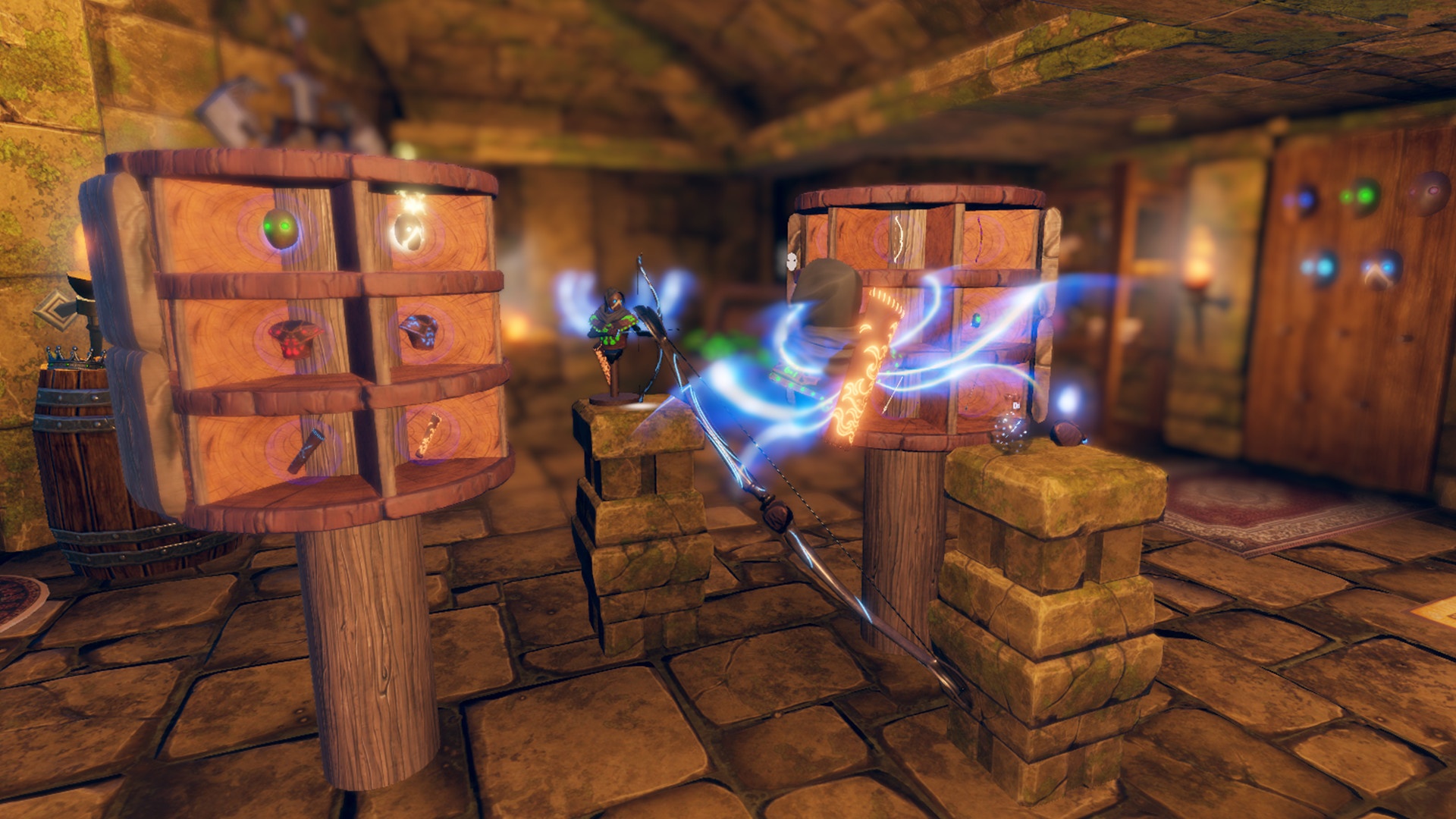 Once done with the tutorial you are put into a procedurally generated map, your objective is the same as always: Kill all the enemies before they reach a gate and then kill the boss. QuiVr is very intuitive, most likely you already know how to shoot and arrow from movies, games and comic books and exactly the way you’d imagine it to be. You reach with one hand to wherer your quiver should be and then you bring it back in-front of you and now there’s an arrow in your hand ready to shoot at an enemy. To move around, you have to shoot these blue targets that allow you to move, QuiVr makes sure you have many vantage points and viewpoints so you have a better chance of getting the enemies. There are many different enemy types, including magic users that can totally disrupt the match.

QuiVr also has its own fully robust weapon and armour system. By defeating enemies and completing battles, you are rewarded with new equipment like bows, armour and magic powers. These upgrades are worn on your character and can be seen by other players and they all come with their own unique stats and abilities. These abilities range from exploding arrows, to enemy seeking arrows and trap arrows that stop enemies from advancing. 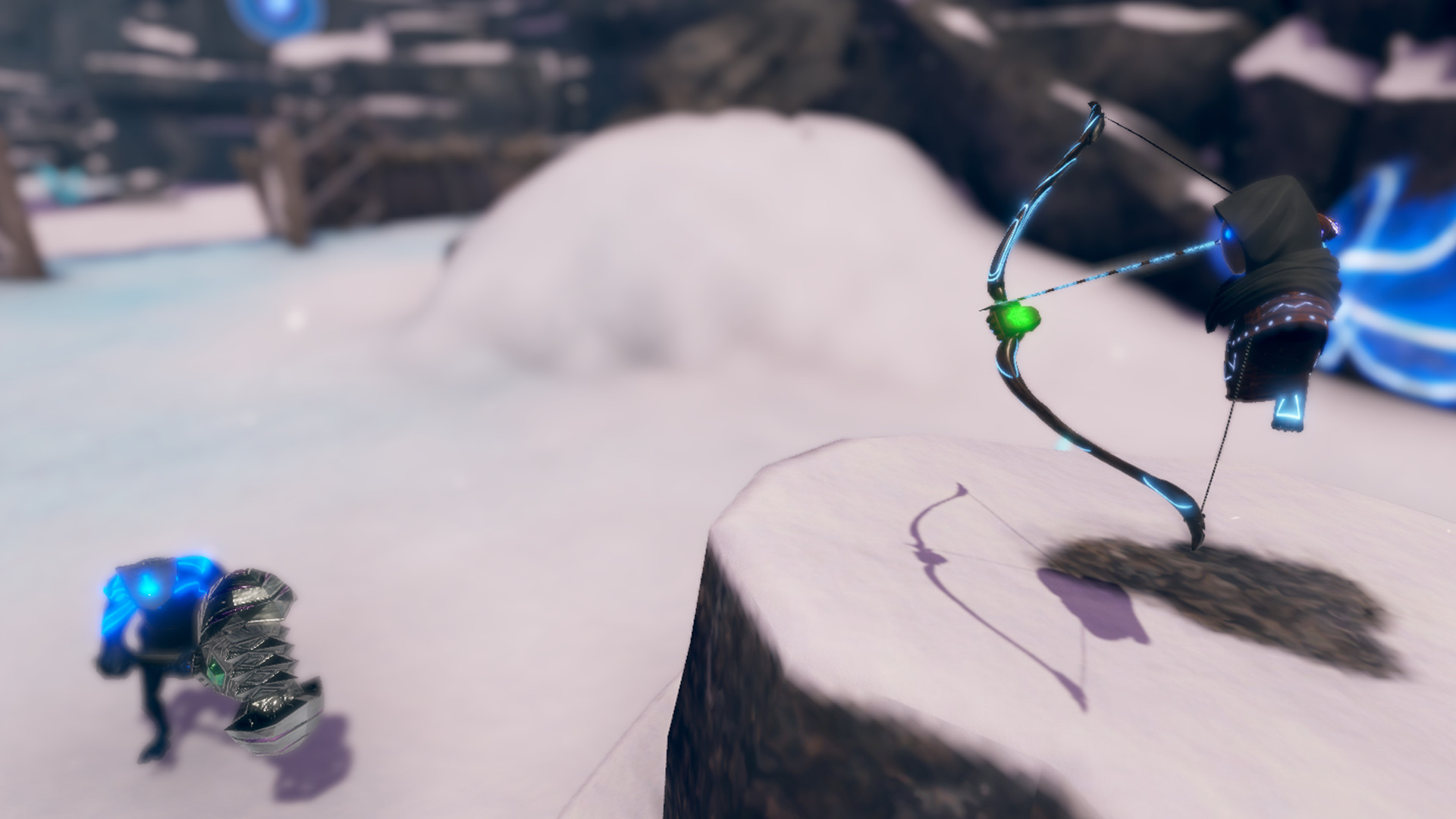 QuiVr features an online multiplayer component that has drop in drop out capabilities which allows players to jump in and help and then leave without ending the game for other players. With all the different viewpoints it really facilitates strategic and tactical planning with friends and not with just your location but by mixing and matching abilities to make the fight easier. For example one player shoots an arrow that stops enemies from moving then the other player can shoot an exploding arrow at the trapped enemies.

Overall QuiVr delivers an almost Triple A quality with its controls and fun factor. It looks fantastic, and has its own unique art style that helps it stick out from among the other VR archery games. Filled with unlimited maps thanks to its procedurally generated levels and multiple viewpoints allowing players to plan and attack accordingly in new fresh maps each time. With a deep and filled equipment system, you’ll be able to customise and make your archer your very own unique character that’ll come with attacks and moves that make them different from others online. A fantastic experience that is highly recommended for those who either enjoy VR or Archery games or both!

Overall QuiVr delivers an almost Triple A quality with its controls and fun factor. It looks fantastic, and has its own unique art style that helps it stick out from among the other VR archery games.