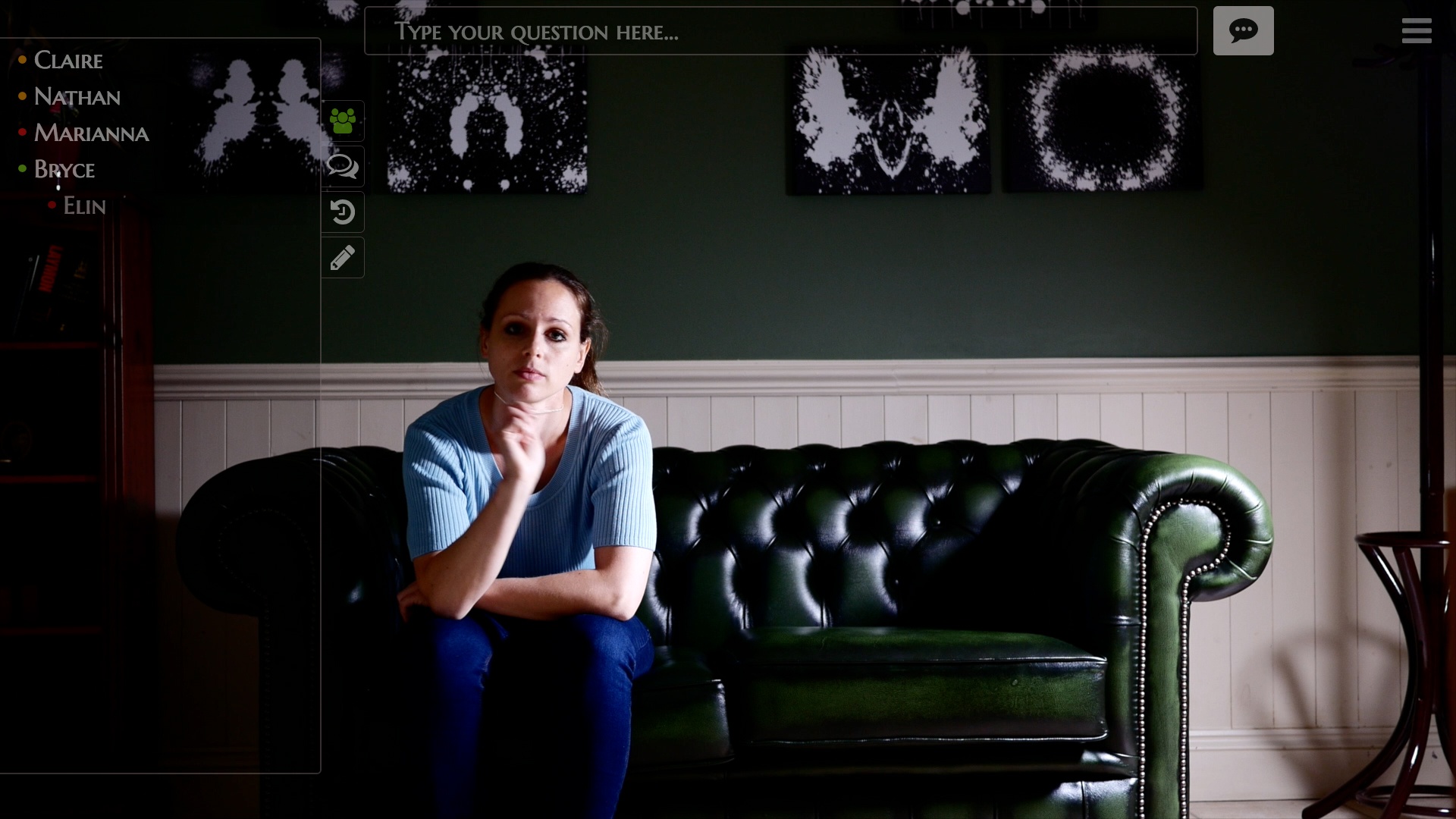 One of the age-old problems often associated with Full-Motion Video, or FMV, games is the limitations of using such medium in terms of gameplay. Because of the structured nature in presenting a ‘live-action’ videogame, their paths were often linear, thus impacting on the long-term appeal of such titles. In the twenty or so years since this style of gaming first came about, many advancements have been made in the structural components of such games, yet no matter how hard developers try, they still often fall into the same trap. However, with The Infectious Madness of Dr. Dekker, the latest FMV title to be released on the Nintendo Switch, its developers may have just found a way to get over its genre’s limitations with a title that boasts a better-than-average play time for FMV titles and a replayability value from some very clever mechanics in how the game plays out.

Developed by D’Avekki Studios with publishing through Wales Interactive, this psychological thriller sees you playing the role of a therapist, who has taken over the clinic of Dr. Dekker following his demise under mysterious circumstances. Based within the deceased doctor’s surgery, you take over the cases of a number of Dekker’s previous patients, questioning them on their lives, their problems and the circumstances surrounding the death of their former doctor. This is achieved in a number of ways by selecting pre-requisitioned questions and also the ability to type in your own queries in response to the patients’ reply.

It’s a clever idea and one, for the most part, that works quite well. However, as with most ‘expressive-freedom’ games out there, this is also a mechanic that has its own limitations. After some brief introductions from the patients, you soon learn of their own personal problems, the majority of them containing some form of supernatural or psychological content that adds to the mystery and suspense surrounding the plots and themes of the story. From a list of questions, you delve deeper into their lives as try to understand their problems and how they could possibly link to the death of Dr. Dekker. Through your series of questionings, their responses can open up further enquiries; some of which need further investigation and are kindly highlighted by the game. 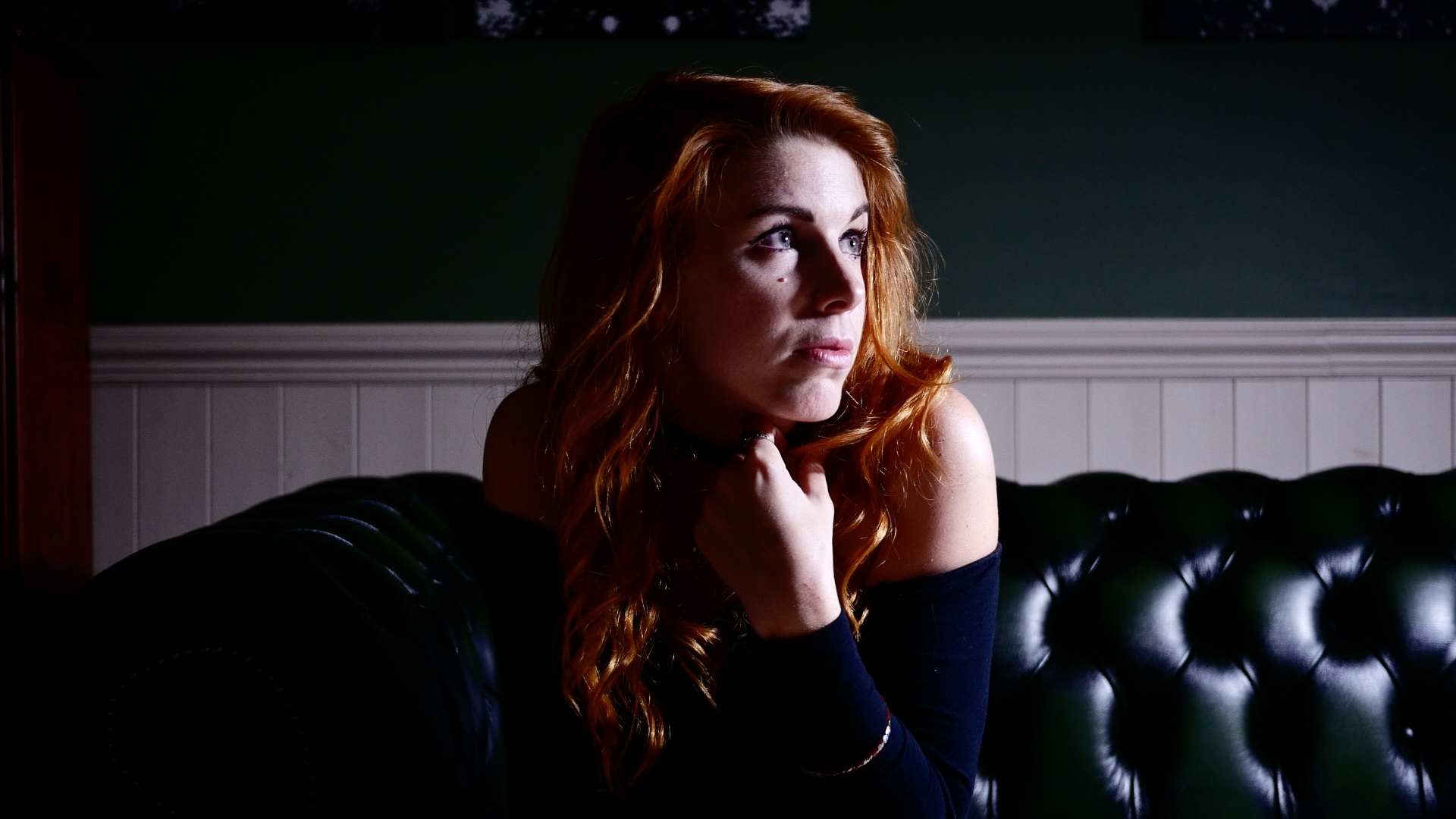 For the most part, this mechanic in Dr. Dekker’s gameplay works really well, although problems do arise from time to time in question order and storytelling; but they’re nothing major. It’s just a side effect of the restrictions of FMV gaming and, depending on how you select the order of questioning, may not necessarily be an issue with every playthrough. The same can also be said with its free-questioning mechanic as, depending on how you word your questions, the system may not recognise what you are asking, or a cut-scene may play out that doesn’t necessarily tally in with what you are trying to ask. It’s nothing game breaking but can feel a bit odd or disjointed in places.

One of the most important aspects of FMV gaming, is the need for a convincing, engrossing and immersive cast of characters. It’s here where Dr. Dekker excels, with a cast of characters that are superb, both in their acting ability and circumstances around their mental health. This can be largely attributed to a well-written script but the real magic lies in the immersion of the story that has a quality to it rarely seen in video games, or movies too, for that matter. Once the introductions are out-of-the-way, the game begins to really open up that brings an intrigue to each character that progresses so much, that the game even forces you to ask questions about yourself. It’s superbly implemented and really gives for a totally immersive experience.

However, the real magic of this game lies in its mechanic of randomly selecting a guilty party to the game’s plot and themes with each playthrough. For an FMV title, this is a totally ground-breaking inclusion that dispels all previous problems and limitations often associated with its genre. With six main patients, random encounters and several endings, this is an FMV adventure that contains a plethora of replay values. Its strong characterisation and not knowing who the guilty party is, really does lead to an investigation of unknowing every time you play. 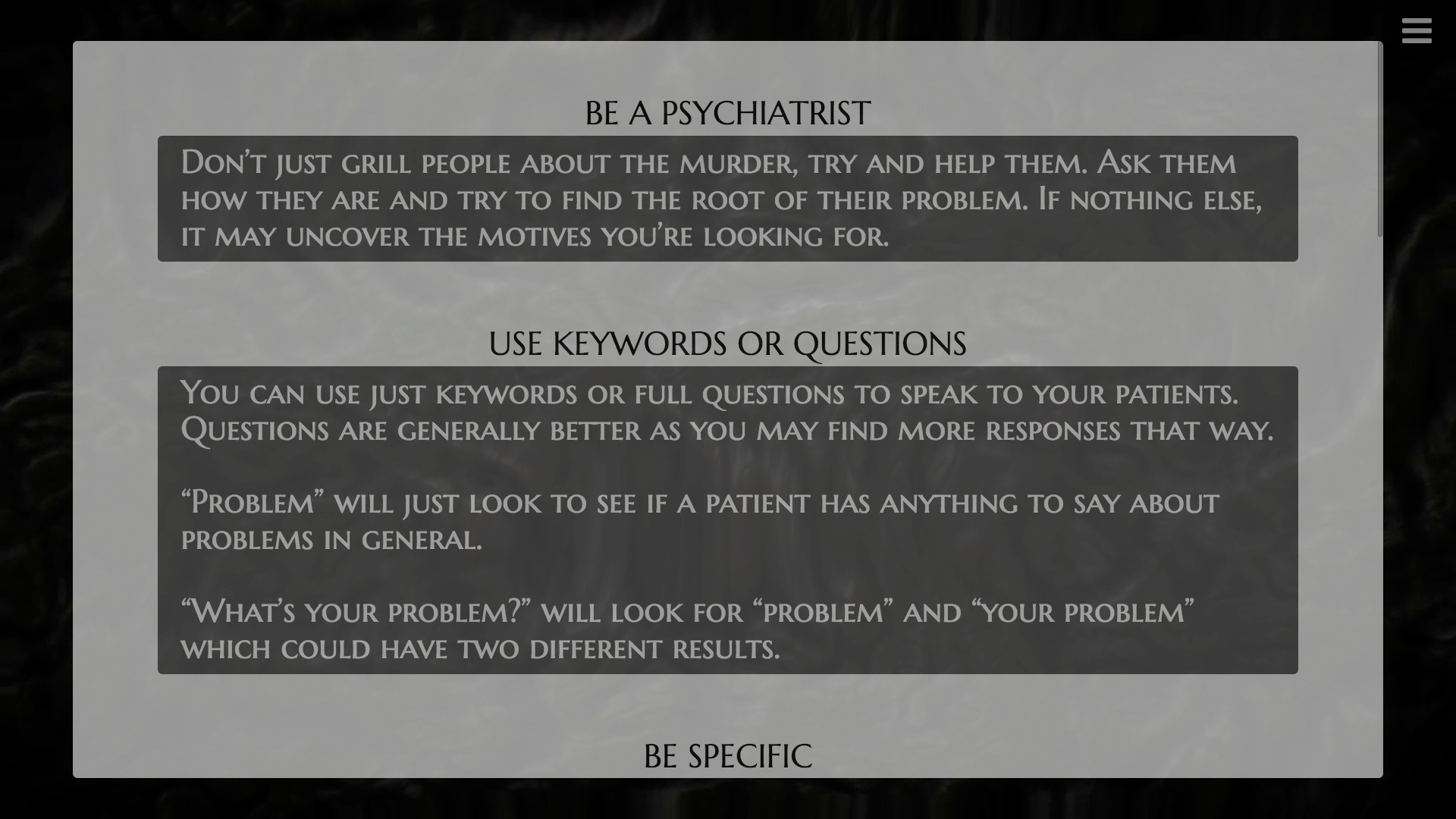 It’s difficult to write this review without giving too much away in the game’s plots and themes. Although the guilty characters are randomised with each playthrough, the central story arc remains the same. It’s an important element of the game’s mechanic and because of its immersive and engrossing nature, makes it hard to not go into any detail. However, its psychological setting is captivating, presenting a very ‘Lovecraftian’ feels with its horror tones and personal questioning of morality. To find a game that forces you to think of the characters you have encountered long after you have played it, or its unsettling nature of asking questions about your own personal choices, is a very rare quality and one that simply makes this game stand out from the crowd.

Another distinguishing feature of this title is its overall playtime. The majority of FMV titles that I have played previously usually run at around two hours in length. Dr. Dekker, on the other hand runs at an impressive eight to ten hours per playthrough, even longer if you are meticulous with your questioning. For a title within its genre, this is a truly impressive feat. This is largely due to its questioning mechanics and over sixteen hundred full-motion responses. With six main suspects and five side quests; including a contradiction to the investigated events, this is a title that shows the true scale of what can be achieved with FMV.

Overall, The Infectious Madness of Dr. Dekker is a quality piece of software, especially when considered in its FMV format. With countless hours of playability, an intriguing cast, personal insights and immersive story, this is a game that keeps you glued to the screen and on the therapists’ couch. If you can see past its shortfalls, in fact, you just have to accept them for what they are due to the nature of the game, then this is a title that will entertain and prove good value for money. It works superbly in a casual setting, with the ability to view evidence, make notes, watch replays of past examinations and view your question history for each character, this is a title that can be picked up and played at any time, no matter how long is has been since you last played. Its stellar cast and superb acting produces an immersive experience that surpasses many titles available today. In fact, you could say that Dr. Dekker contains an infectious madness that keeps you playing through to its eerily psychotic endings.