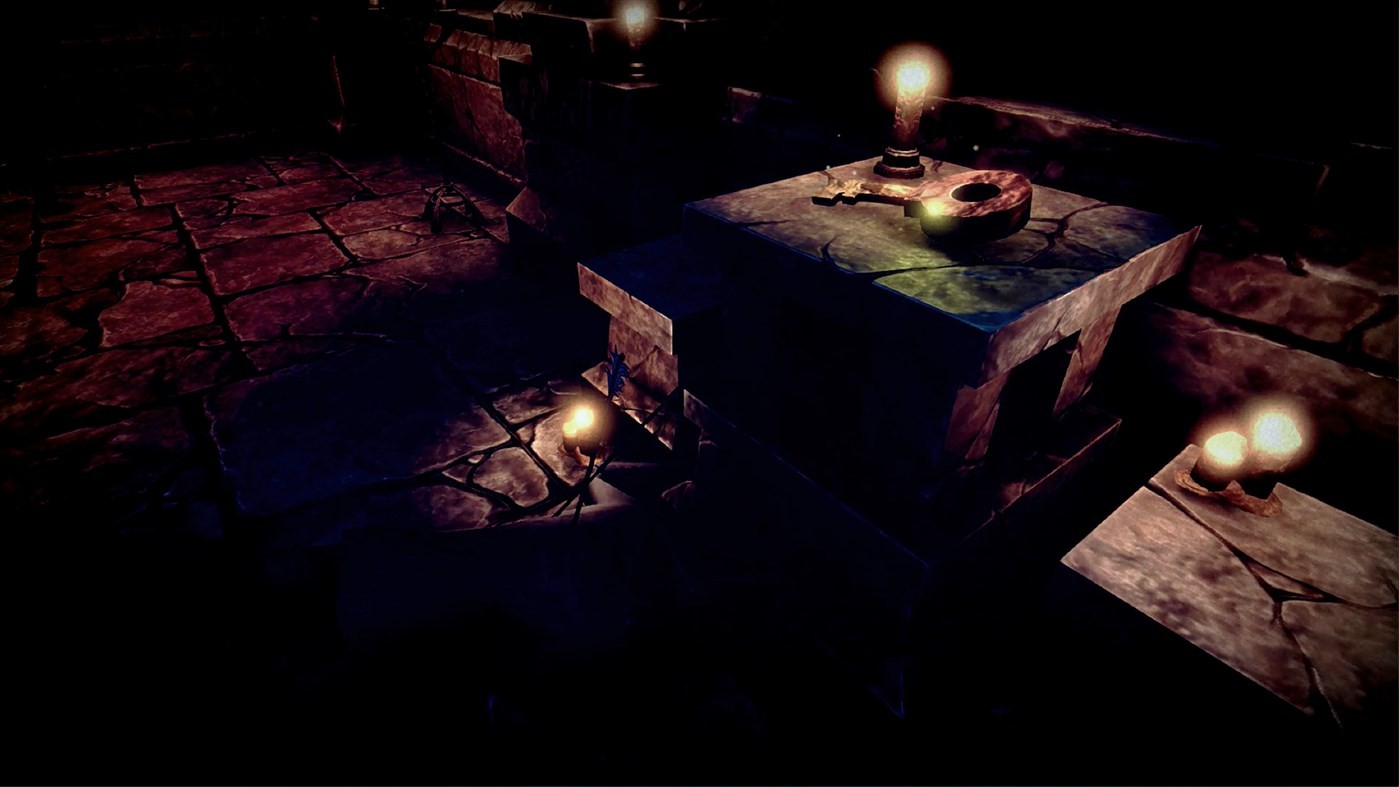 I had no idea what to expect jumping into this game. I hadn’t heard of the game, or the studio DrunkenApes before, but after having a playthrough of the game, it has a lot of potential and was an interesting experience to say the least so let’s jump straight in. I should also mention this game is an early access version on PC, though the game seems to be finished on Xbox One so ideally, I’d advise playing it there. As far as the story goes, the game gives you snippets of lore in the form of journal entries strewn around the labyrinth, but otherwise we know nothing going in and all I can assume is we fell down a well only to be met with warnings crudely scrawled on the floor and walls. I will say now, too, that I quite like the writing in the clues and lore, though they could use some editing for spelling errors here and there. These journal entries and ramblings seem to come from a man named Eliphas and a few others and really lend to the overall ominous atmosphere in retrospect, so if it seems confronting at first, it gets better.

As we descend further in, we find subterranean monuments and ruins reminiscent of those found in Zelda and Dark Souls games that leave you wondering “Who built this” but it absolutely builds a great and creepy world, seeing as at first, they appear unnervingly empty but not for too long and you will miss that empty feeling. I absolutely got Amnesia: The Dark Descent vibes while playing this too in the sort of dread it invokes. As we move through these ruins and deeper into the labyrinth, passed various creepy statues and dimly lit halls, we encounter more lore and some entry-level puzzles involving finding keys. 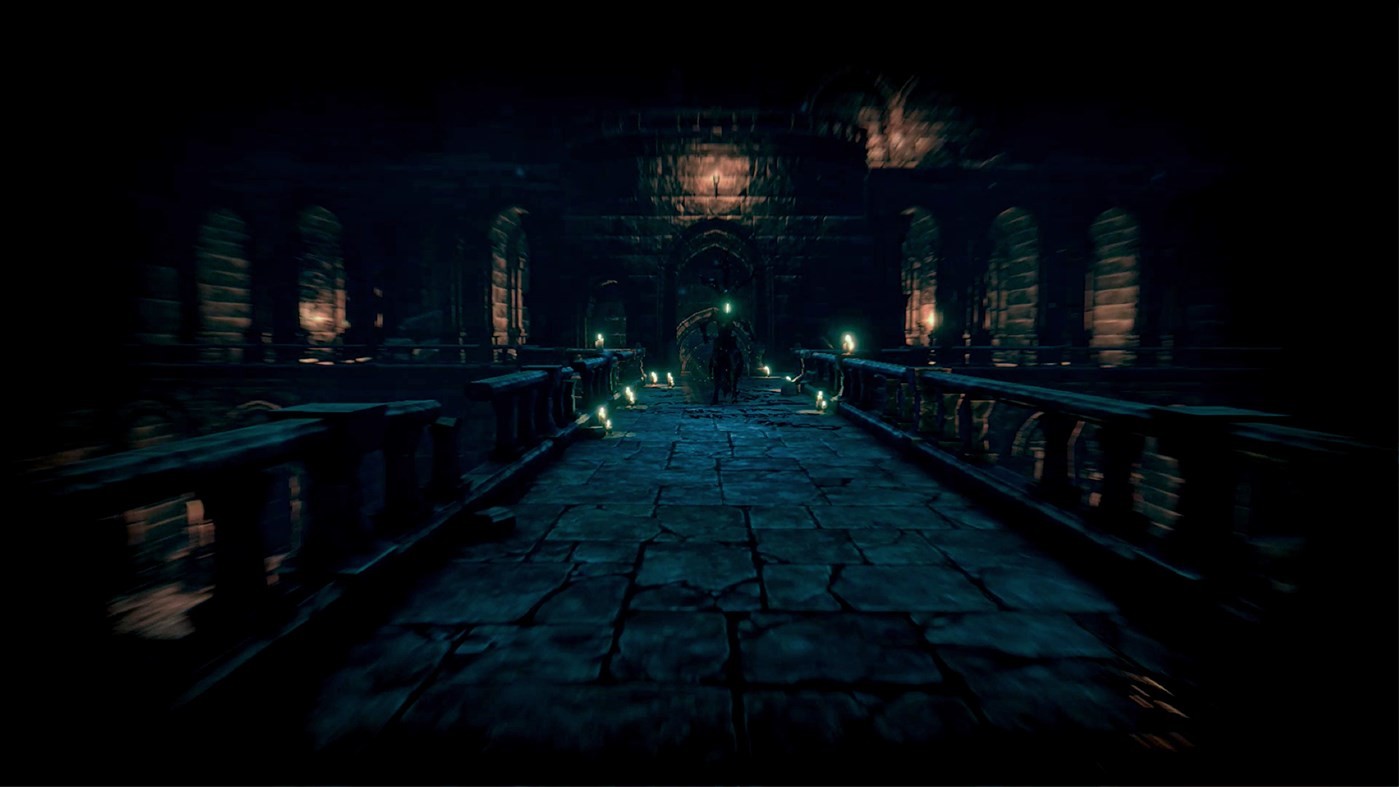 The puzzles aren’t too hard in the beginning, so as we press on, the building feeling of anxiety closes in as hallways start to look the same, which gives a sense of being lost. The checkpoint system doesn’t help the game either, as in later levels as, for example, if you die during a stage, you’ll start at the end of the previous stage. While the earlier feeling of being lost can be great at first for building fear, after a while of roaming through the same areas again and having to redo the ends of levels, it gets annoying. There is no compass or map either, so the only real way you know your way around is by remembering where you’ve been which, when coupled with clunky at best controls really made parts feel slow and tiresome, especially when getting randomly stuck on anything sticking out of the floor whether its bricks, a book or a vase.

The movement on the stairs, in particular, was particularly irritating as it felt as if the second your foot hits that first step, you’re reduced down to 10-20% movement speed. I couldn’t get the controller working despite there apparently being support for one so ended up using the keyboard and mouse which wasn’t too bad but felt dated. So points off for a poorly implemented controller support, clunky movement and a lack of any sense of direction. All of which could be fixed with minor quality of life improvements. A compass UI or even better, a poorly scrawled map that unlocked as you’ve been places would have fit in well. I’d also bump up the movement speed 30% and remove the slowdown on stairs completely. In saying that though, this sort of thing is common in alpha builds of games so I can’t be too harsh with it.

After covering some bad points, lets talk about some good ones. The sound effects and soundtrack are brilliant and frankly one highlight of the game itself. They really lend to that eerie and dread-filled atmosphere build by the immaculate world building. As I said earlier, I kept thinking “Who built this?” because the monolithic temples, dungeons and labyrinth passageways were probably my favourite part of the game. It’s a shame, however, that the game is just too dark. I get that the point is to be gloomy, but without a brightness setting, some areas were so dark you simply couldn’t see doors, walls or pitfalls and you can just suddenly die for seemingly no reason and have to replay the entire level. It’s a problem that could be fixed with minor tweaks and additional options. Moving on though, let’s talk about the enemies. The first you actually encounter is slow and seems to need help, so I would assume that this would be many people’s first death and real annoyance because enemies instantly kill you on touch. Understandable for a horror game, but I think what was a problem, aside for the unnecessarily low visibility was that there were too many enemies. The game could have been better served by having enemies on more levels and then a sparser population. Especially on the final level because that was painful together, though, as by then you have been introduced to bigger enemies who chase you and screamers who distort your vision worse than those crawling enemies in the beginning. It must be said, though, cool enemy designs. 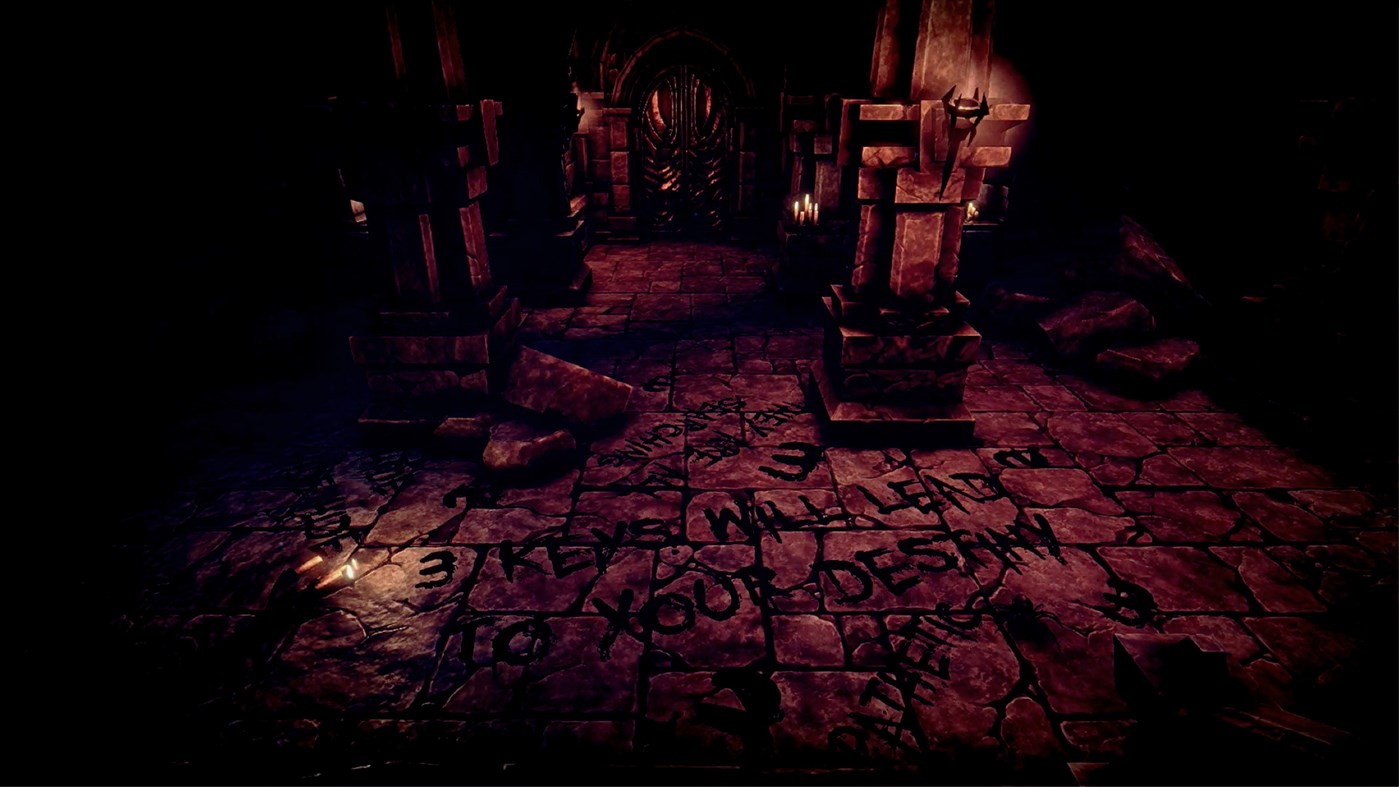 One thing that bothered me is the jump scares. I have never liked them if they’re overused or, in this case, misused. When building an anxious vibe like this, it can feel like a waste getting jump scared when writing appears on the ground as it takes away from the idea that someone had been here before us and left this writing. Instead, we’re like “Who is this demon?” and we have questions, though sadly in this instance, they don’t get answered. Worse though was a pipe hissing just as I went past it, and it didn’t scare me so much as it annoyed me. Jump scares are better used for things that have a point like introducing NPCs, enemies, or discovering a part of a puzzle or lore. It’s a minor gripe though compared to my final thoughts on the final level. Artificial difficulty can mean a lot of things in games. In Horror of the Deep it means keys are randomised and you are lost in a final labyrinth, crawling with one shot enemies that will chase you down with low visibility. You can get limited lanterns, but they don’t help much or for long. If you manage to get all the keys and get killed right before the final exit, you start over at the stage prior again and have to do it all over again. This was extraordinarily frustrating and by the end, I was happy to be done. The combination of the poor movement speed, low visibility mixed with the other variables of few checkpoints, randomisation and relentless enemies that could have been better introduced made for a poor experienced in the final level. It’s a shame because the rest of the game was pretty great. A big part of that is that you don’t know what you’re doing until you see a locked door or a key and then you essentially have to fumble around in the dark, hopefully not die and randomly stumble across the exit, or more likely, die many, many times in the process of learning where places and enemy placement is. It was poor execution of a great idea, which is why I said earlier in this review that this game has a lot of potential.

Nevertheless, Horror of the Deep is a creepy but overall decent experience with elements of walking simulators, horror, puzzle-solving, etc. and I’d recommend having a look, at least. The game is roughly an hour in length if you have a clue what you’re doing and I don’t see much replayability. Instead, it’s more like more would be better or a sequel. It’s currently delisted on Steam for reasons unknown to me, but I have reached out to the developers to inquire as to why, and will edit this review should I get a response. Until then, it is available on Xbox One if you’d like to check it out and I’d recommend that version anyway as it is more complete with fewer bugs.

Horror of the Deep Review

Horror of the Deep is a creepy but overall decent experience with elements of walking simulators, horror, puzzle-solving, etc