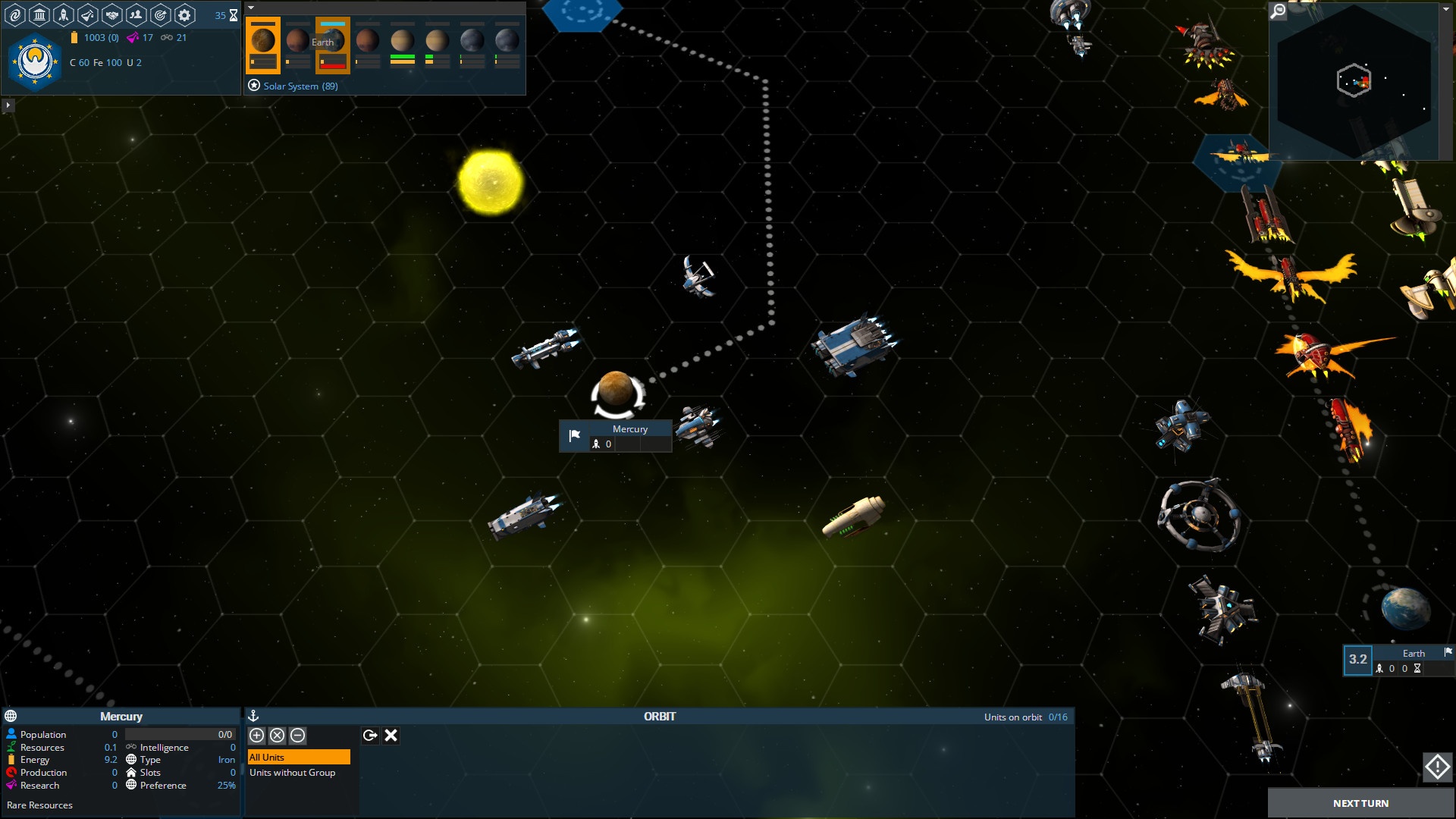 When you pick up a game, it can go one of two ways. The first way is to automatically go through trial and error to understand the controls, dynamics of combat, dialogue, and wrap your head around some sort of plot pushing the story forward. The other way is to go in completely blind, but with a spark of optimism, perseverance will be your best friend.

Children of the Galaxy reminds me a lot of the first review I did, Halcyon 6, Star base Commander, but has more of a focused tone. There are no colorful animations depicting combat, but instead you are plunged in a turn based grid system, trading shots with your opponent and protecting key resources for your colonies.

In addition to the overall theme of space exploration in Children of the Galaxy, this game is a 4x based turn based strategy game. What this means is not only will you be exploring around the orbit of your colonized planet, but in order to expand your faction’s empire, you’ll have to back out into the overall star map and plot out other surrounding planets to claim before rival factions do so. This encourages players to always try different variations of planets.

The basic idea of Children of the Galaxy is survival. You can choose from one of four factions, each with their own unique bonuses to increase the appeal value to players. The first faction is the Human Union. Their special bonus is a coated hull for all of their classes of spaceships, as well as starting on planets that are rich in materials.The importance of materials will be detailed in a later section of this review.

The next faction you are able to play as is Kingdom of Kaga. The faction’s main focus is they thrive in ocean environments, they are able to upgrade their warp inductors and build time on planets is faster compared to other factions.

The next faction that is available to play as is the Great Empire of Emron. This faction focuses on energy regulation and energy exploitation. This can come in handy if you expand your research into ship based weaponry.

The last faction you’re able to play as is Ata tribes. Their specialty is beam compression and the ability of a warfare academy, which correlates to the effectiveness of using your ships in combat. 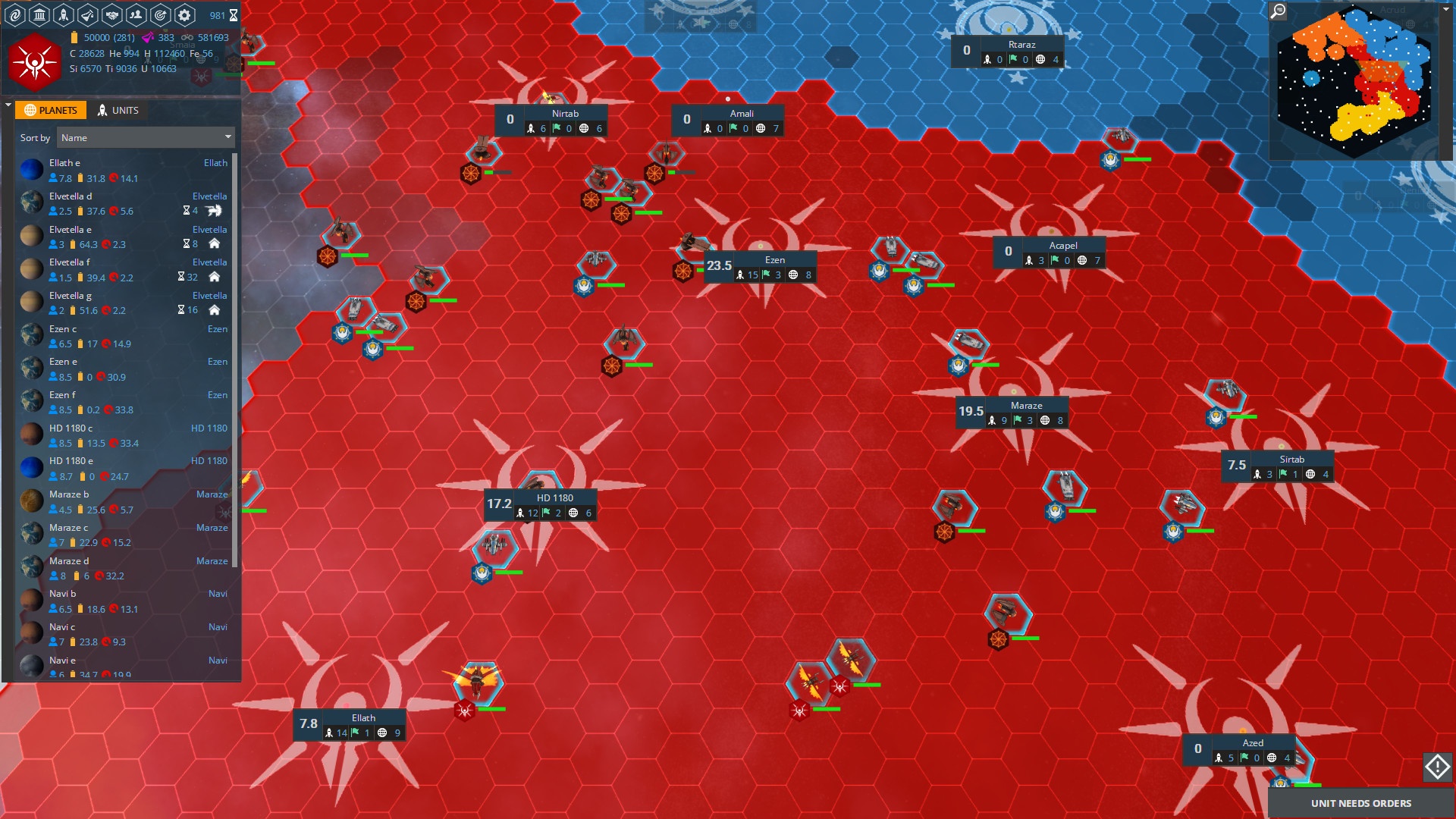 The overall soundtrack of this game was excellent. It had a classic 80s aliens type of feel for me and it blended well with the pace of space combat. I would encourage the developers in the future to switch up the variation in themes.

Combat is an impressive feat of Children of the Galaxy. Each faction gets control of different classes of ships. To name them all, they are battleship,carrier scout, frigate, colony ship,destroyer, freighter, and builder. The battleship, carrier and frigate classes of each ship are for support of the main strike force. Each of them have varying degrees of effectiveness, especially the heavy hitter, battleship.

The next thing that this game excels at is the modding capability. Right from the start, Children of the Galaxy allows you to use mods created by the online community. Or if you want to play around with the system on your own, you can experiment changing different elements of game play for a whole new experience. 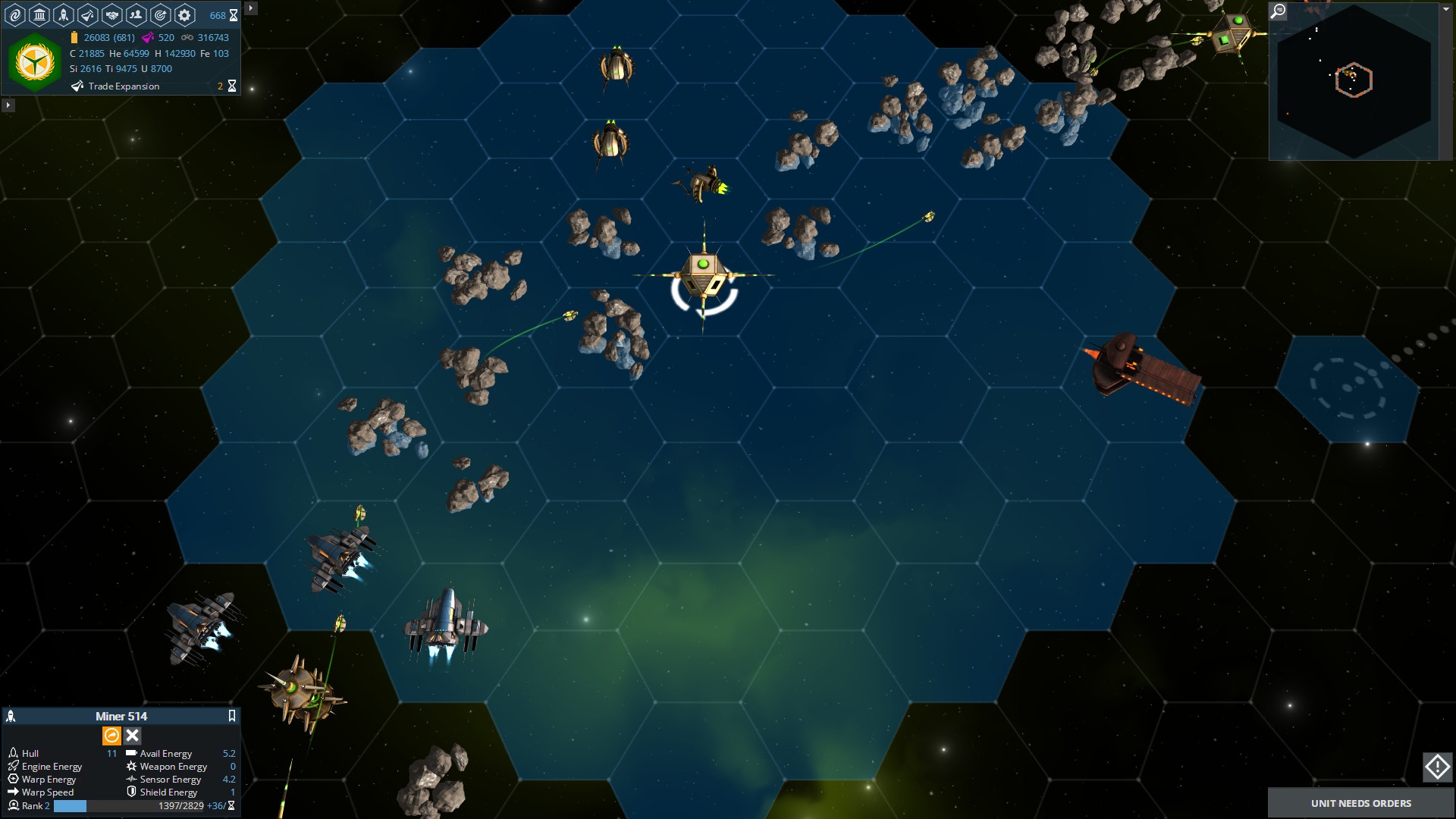 For all the positive things Children of the Galaxy has going for it, there are some drawbacks. The first barrier of entry to this game is the learning curve. Yes, there are several tutorials to immerse you within the universe you’re playing around in, but each element, whether it is combat, trading, upgrading, or otherwise, does take time. I had to put in at minimum 15 minutes each to grasp each concept confidently before I jumped into a game on my own.

The next thing that holds back the game from perfection is something that does play to its own strength. Children of the Galaxy requires players to click-through lots of menus in order to properly execute commands and progress the game forward. Despite this system being intricate and detailed, it can be too much for a beginning player first starting their journey into a 4x turn based strategy game.

The game is still in Early Access at the moment on Steam, but the developer is frequently communicative with the community. They are dedicated to improving the quality and content of this game, despite features being at a minimum. I am hopefully they will continue to connect with their fans and use this feedback to make necessary improvements as they head toward the finish line of completing this game.

Given what Children of the Galaxy is, I will only recommend this game if you are interested in 4x turn based strategy games. It will take patience and exploration of all the features, but tucked away is a layered game with opportunity to create your own space adventure. As of now, it’s listed for 19.99 USD on Steam, but if that’s out of your budget, add it to your Steam wish list and wait for a seasonal sale.

Children of the Galaxy Review

A space adventure that takes patience and exploration to unravel everything it has to offer.