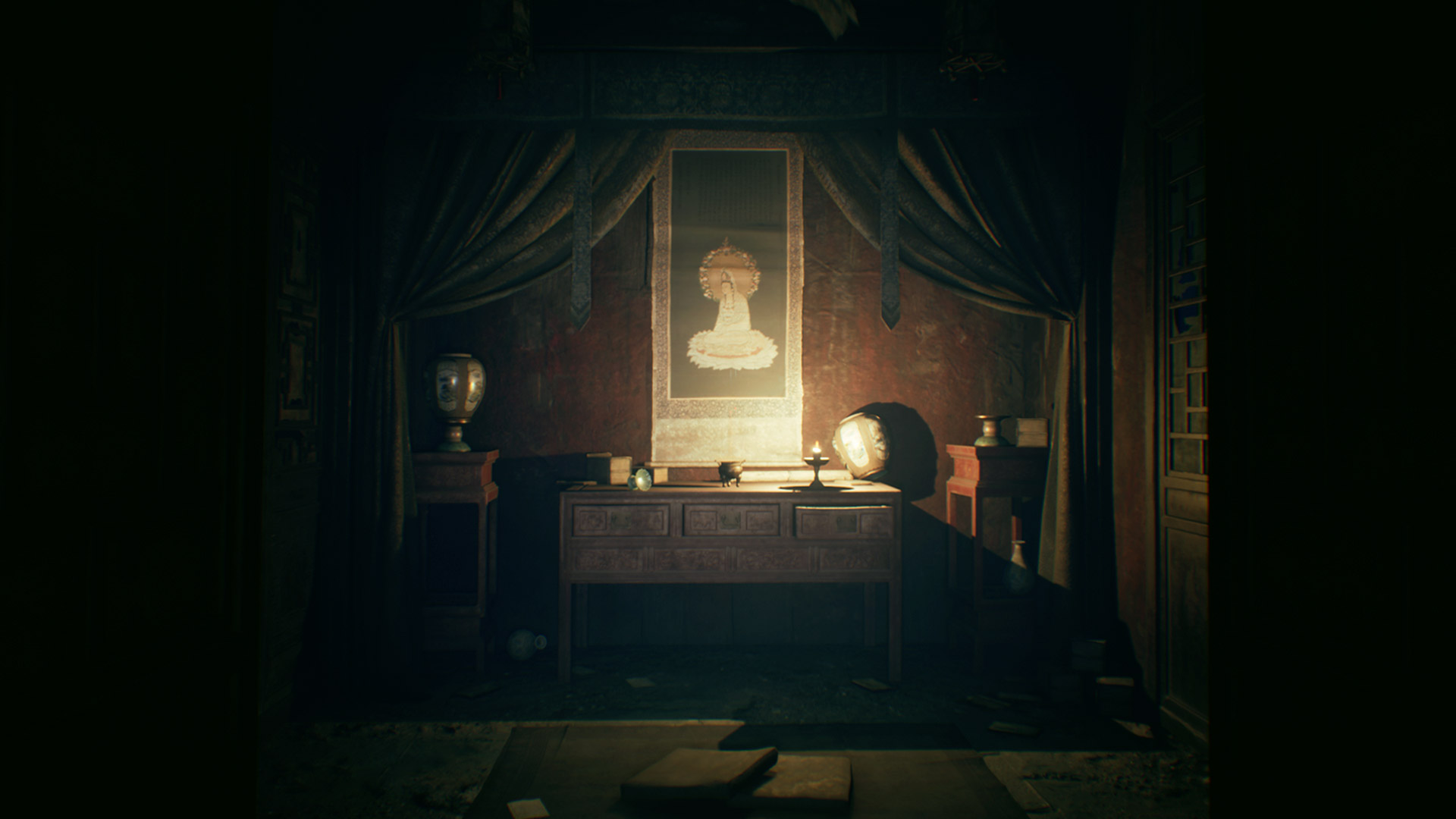 This week I decided to delve into some horror games again, having taken some time away from playing them. I turned my attention to Paper Dolls Original developed by Beijing Litchi Culture. Generally, I can tend to get scared easily, not too easy, and if the same kind of trick is used time and time again…well then it is rare that I will scare from that point onwards.

So… can Paper Dolls scare? Or is it going to just be a giant waste of my time and disappoint me, and have me wanting to go back to finish Outlast 2.

Paper Dolls starts with a father in a car driving along with his daughter, telling her that when she wakes they will be at her mothers and the daughter asking if he has taken his pills. It seems we are involved in a road accident (which we may or may not have caused) and we then wake up in a Chinese house. There is no sign of our daughter and a dead person is in the room with us, with his head chopped off.

Within this room, Paper Dolls sets itself up to be looking like it may just do the job to scare the hell out of us, and that it does. The setting of the room is set up nicely to creep you out with the atmosphere and music environment. The speed of your walk.. now that is the truly scary thing this game has going for it, god it is slow. Lucky that Paper Dolls has a sprint button…. that last around 2 seconds (this is not even a joke) maybe not even that, before your guy is back to walking. The length of time as well you have to wait before being able to sprint again is stupid.

Within this first room, Paper Dolls shows us the sort of puzzles that throughout your playthrough you can expect to see. These puzzles will be mainly finding particular items and using them around the house, with something else. For the most part, the puzzles are not too tough. There have been a couple that had me scratching my head. This tends to be due to overlooking something as the house opens up. There was one puzzle where it seems that some of the information may be lost due to the information given not being translated. I got to a puzzle where it told me that the words of a piece of paper as repeated, yet this was in Chinese, so I had no way of telling what it was, and it took a very long time to even try and figure it out. 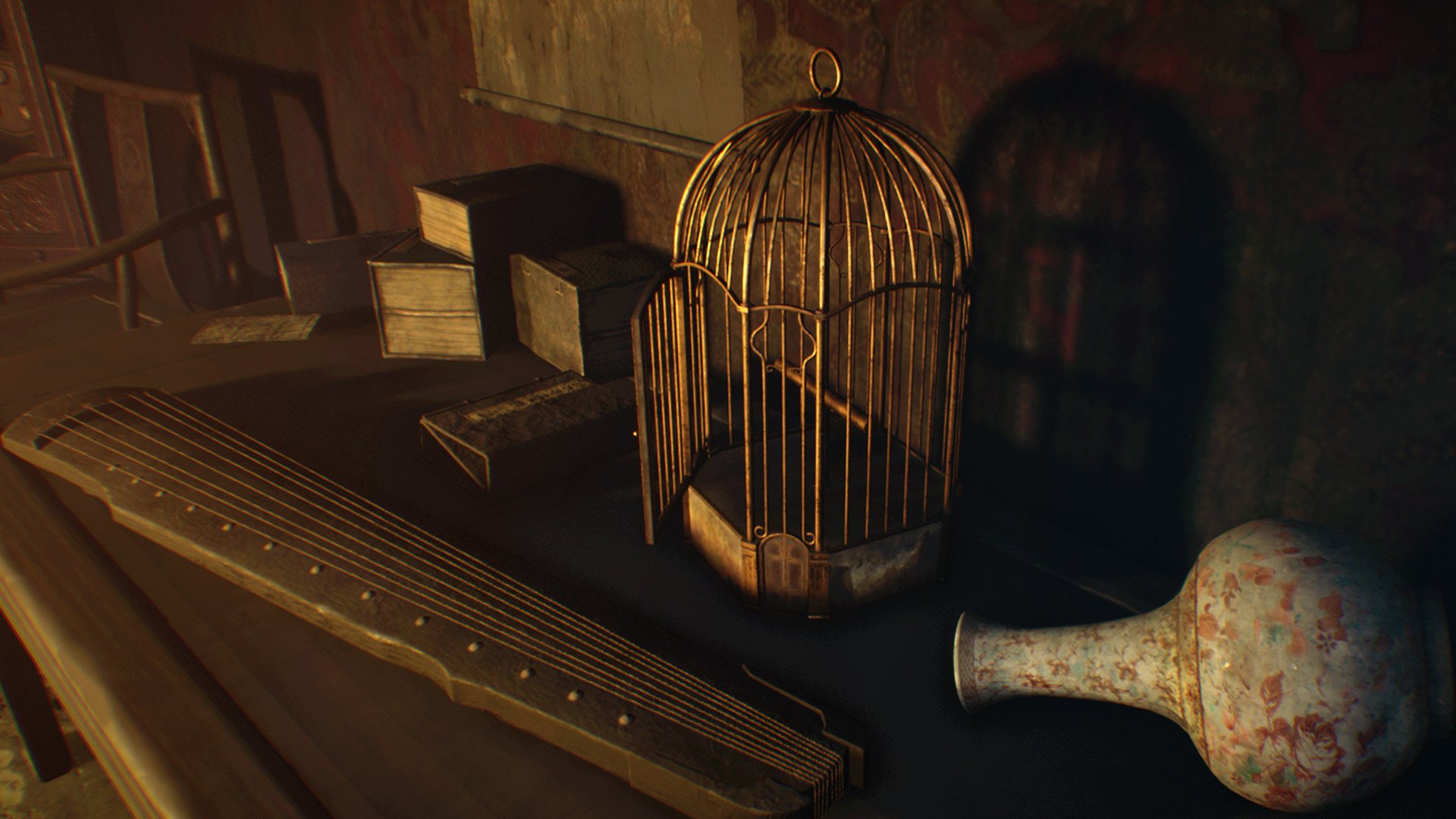 As the house opens up, the issue with the walking/sprinting speed becomes more noticeable, as you have to keep going through the same rooms over and over again. This also highlights another issue: the first floor of the house isn’t really all that big, meaning that you are going to be seeing the same things a fair bit in Paper Dolls. The story, for the most part of the game, is found on pieces of paper giving little hints of what happened in the house, and don’t worry… I know I haven’t talked much about the father trying to find his daughter.. well that’s because it is brought up around 2, maybe 3, times. Clearly the father is very worried for his daughter’s safety in a house with spirits hell bent on harming people.

Paper Dolls’ visuals are not all that impressive to be fair. They are maybe slightly better than the standard indie horror game. However, Paper Dolls uses what it has to create a decent atmosphere. This can be said for the audio. Paper Dolls can make you feel like you are in a creep house, and make you feel on edge. However one of the more annoying sounds are the doors opening.. my god the sound of the doors are annoying, and the fact that you will be opening them so many times really does start to get to you.

As for the controls for Paper Dolls, I have had no issue. The character moves fine (apart from the issue as mentioned previously, about how bad the sprint is, and the actual walking speed) and there are no issues with buttons. The only thing that I did notice however, was if you wanted to see the control scheme. The issue here was that it, again, like the puzzle that really gave me trouble, is in Chinese. This means it’s a trial and error system at times to see what some buttons do, if there is no on-screen prompt. 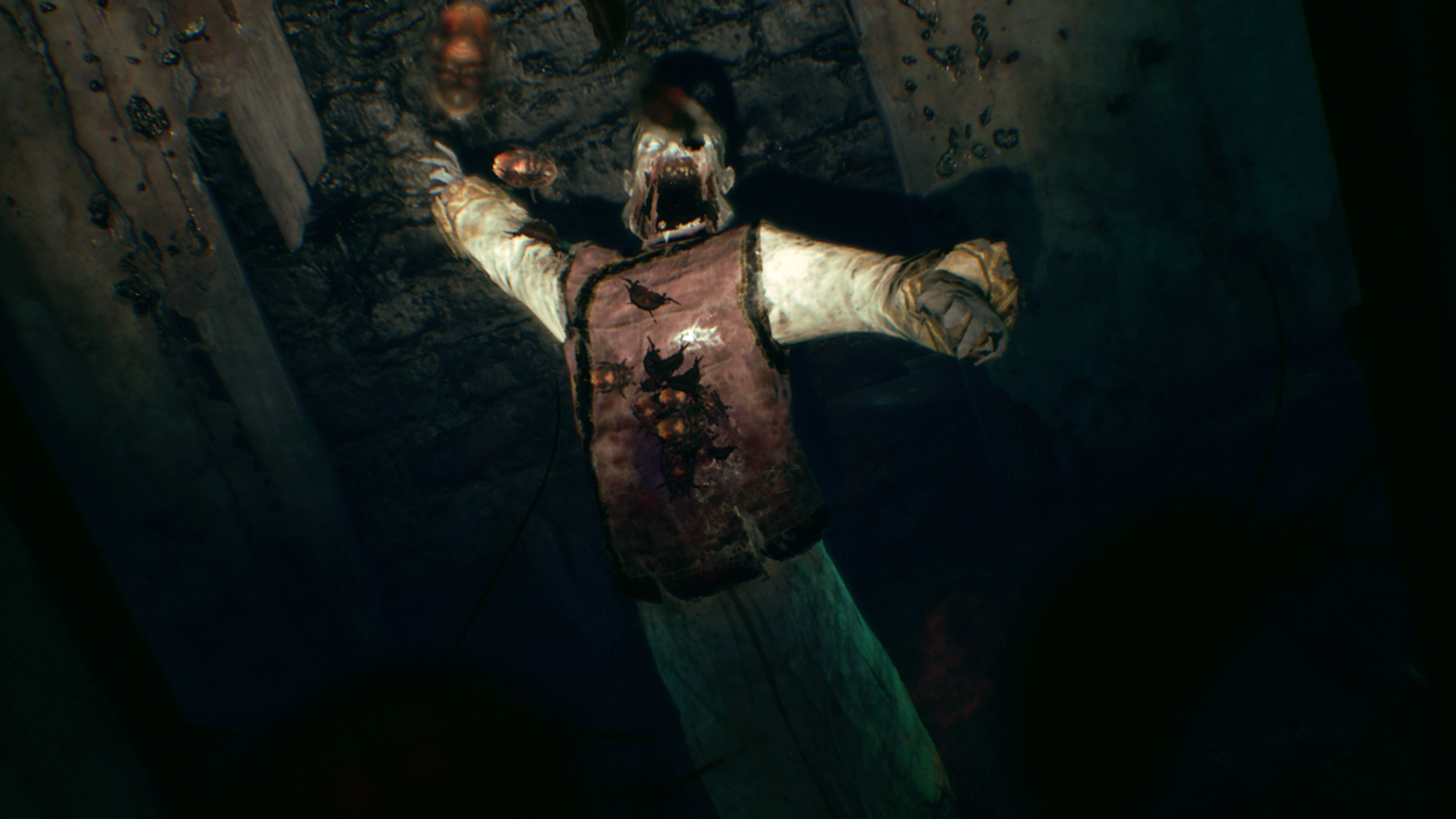 Overall Paper Dolls is a mixed bag. It has some good points, the atmosphere, the story seemed interesting from the pieces of paper I found left behind. However the game does so many things badly, being chased while u can’t really sprint is annoying after so long. The fact it is soon clear that as long as you know where you are going, the chances of being caught are slim.

The sound of the doors are loud and again after so long of backtracking and opening them, you will wish they had lowered the sound. The 1st floor of the house isn’t all that big, meaning you will not come across anything new very often.

However, for me, the real kick in the teeth is the fact that this is to be continued. Now I don’t mind games like this, but Paper Dolls Original does not hint even in its description that this is to be continued. I feel kind of cheated. The fact that there is another floor, and more story to uncover with trying to find your daughter. I would have liked to have known this is part 1 of however many parts it is. Ultimately, it’s a case of is the story good enough for me to go back when the next part is ready?? Part of me really wants to know what happens, but I can’t see me revisiting this anytime soon.

Ultimately, it’s a case of is the story good enough for me to go back when the next part is ready?? Part of me really wants to know what happens, but I can’t see me revisiting this anytime soon.