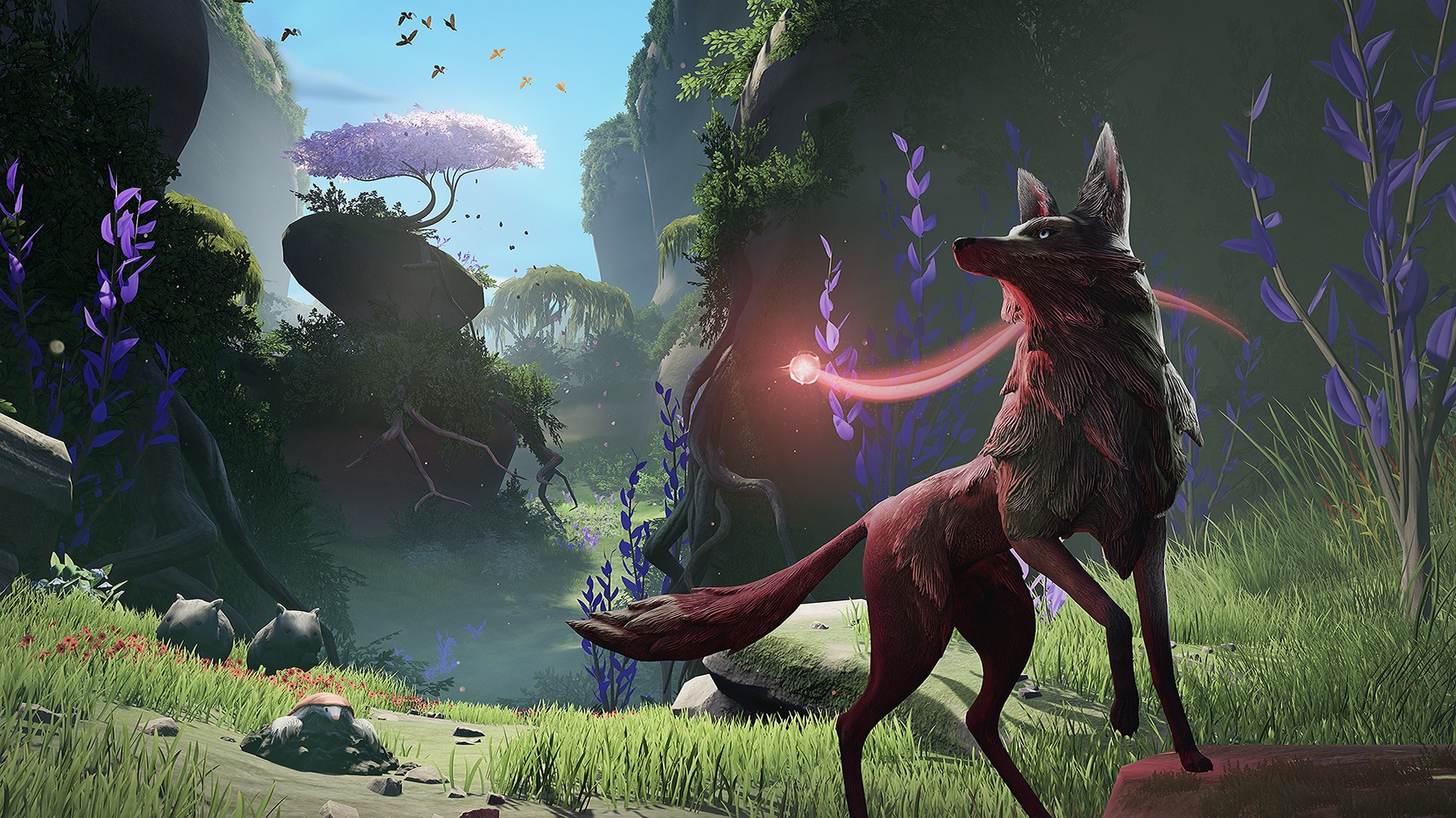 In Lost Ember opening scene, a spirit is seeking help. This world is full of wild beasts, and, upon being unable to secure assistance from a number of them, the spirit chances upon a wolf. By some twist of fate, this wolf is the titular “lost ember”—a spirit that has been cast out of the City Of Light, the final destination of all spirits. The two join forces to find a way back to the City of Light and also to find out more about their living selves.

This story of self-discovery is the driving force behind Lost Ember. To call this a walking sim wouldn’t be an overstatement as the majority of what you do is move from point a to point B. Whether that means by air, land, or water is up to the form you choose to borrow. Your lost ember has the unique ability to slip into the other beasties and each has their own method of motility; a fish swims, a duck flies, and a mole rat digs. There are scores of critters to choose from, and you’ll need to utilize their unique skills in order to reach your destination. Moving the story along requires you to find the memories that still linger. These memories give off a smoke trail that’s visible from most places in the world, acting as a beacon. Activating a memory triggers voiced cut scenes as well as silent ones, both of which are animated in stop animation style. 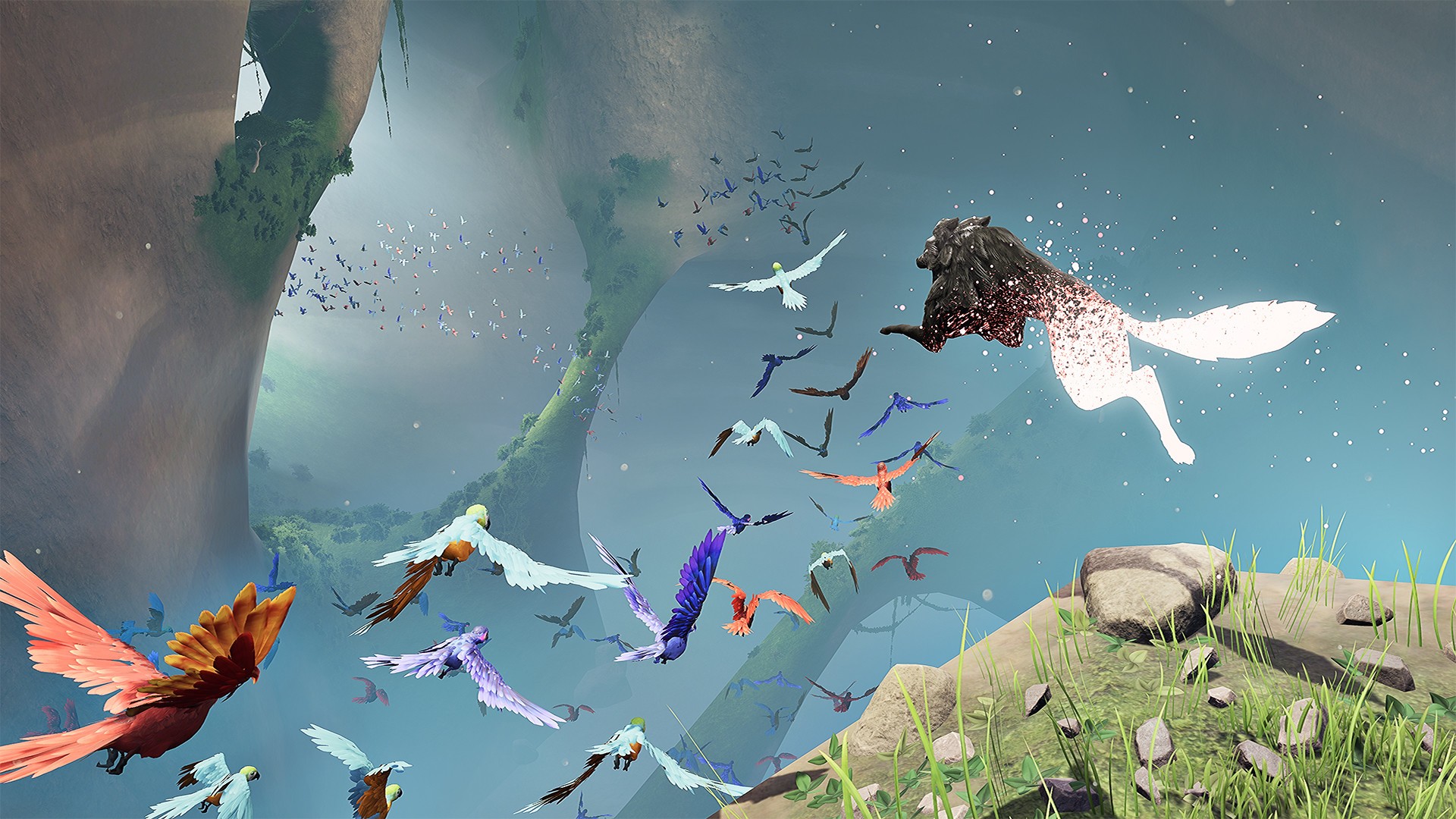 The story is one where you know from the get go that there won’t be a happy ending. The voice acting is good, particularly that of your spirit friend who serves as the narrator, and his ongoing commentary helps fill in the blanks that your silent protagonist cannot. There are no dangers to speak of, though falling from a height will result in being respawned at the point before taking a plummet. That’s because Lost Ember encourages you to enjoy your own pace while you explore. Its sights and sounds are meant to be savoured over the course of the story which will take you around 6 hours to complete depending on how far off the beaten path you wander.

Lost Ember isn’t quite an open world affair because it’s fraught with barriers, both of the game limitations variety and the red barriers that prevents your narrator companion from proceeding. There are a multitude of collectables, including mushrooms, flowers, and relics left by your now long lost civilization, which can pad out your play time, but that highly depends on how motivated you are by gathering trinkets. If I had to compare Lost Ember to another game, I’d say it’s most like Shelter, minus the heart palpitations brought on by the constant threat of losing your brood to predators. It has a similar art style as well, leaning towards simple shapes and vibrant colours that are well suited to the vibrancy of the world around you. 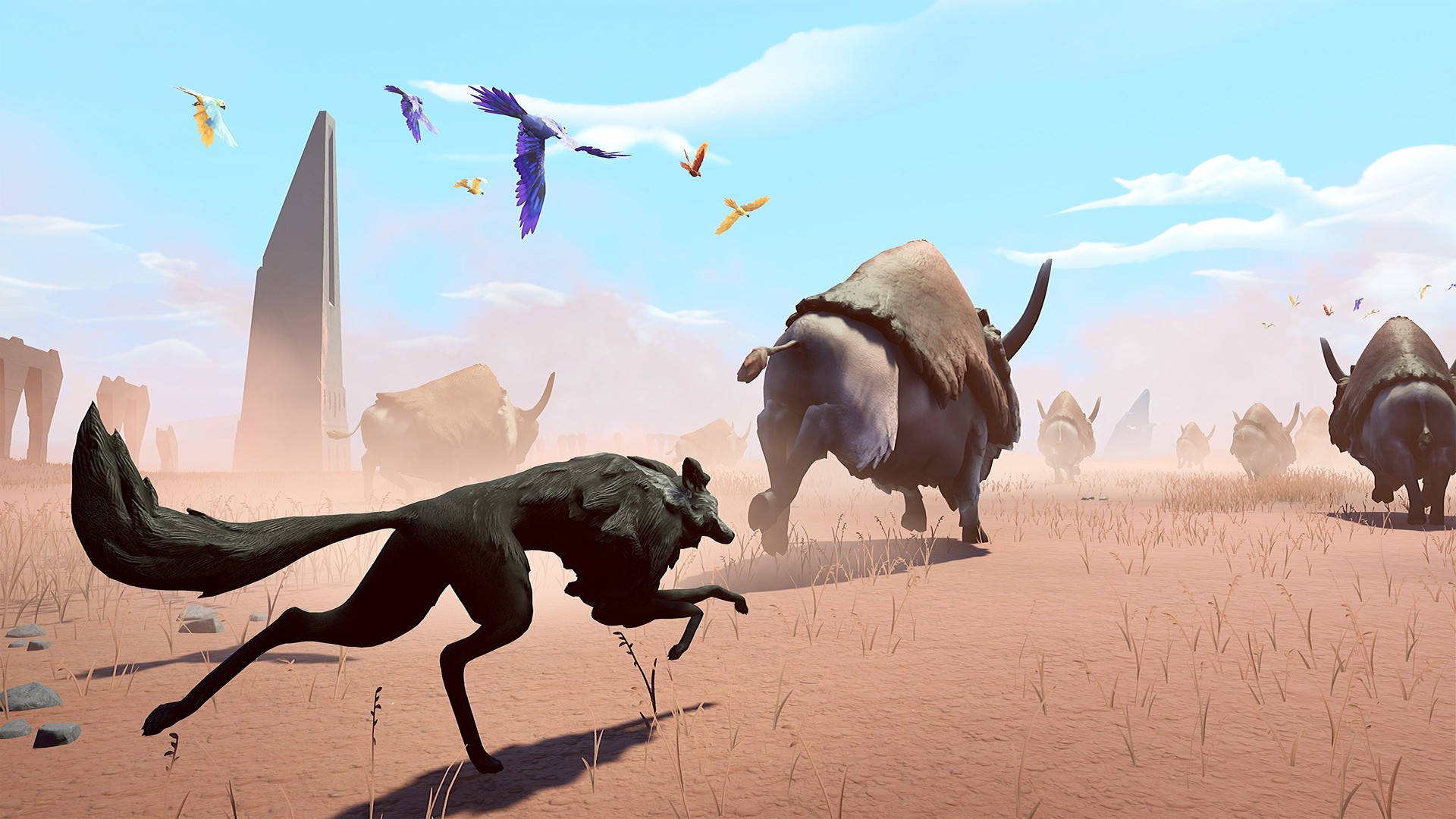 Lost Ember isn’t without technical issues. There are moments in time where the framerate drops and others where the graphics become a little fuzzy, particularly when playing while the console is docked. There was also a moment when my game bugged out after I accidentally pressed the button that allows you to return to wolf form; a warning flashed that said I couldn’t change forms here and then the duck I was controlling froze in place and became unresponsive.

Lost Ember won’t be for everyone. There are no heart-pounding combat situations, diabolical puzzles to solve, or the like—a couple of instances where your character is speeding along a set path while you press the corresponding button to avoid obstacles aside. Just pure, unadulterated exploration. Gameplay is engaging, certainly, as you shed your wolf form to take on that of other animals and find out more about your past life, but for some that won’t be enough to keep roaming the world that is some parts open and some parts limited. While I can’t recommend Lost Ember to absolutely every gamer, I still think there are plenty like me who enjoy simple gameplay in which you set your own pace and those folks are in for a treat.

Lost Ember is a narrative-driven adventure in which you fly, swim, run, dig, and explore a beautiful world in order to learn more about your origins.