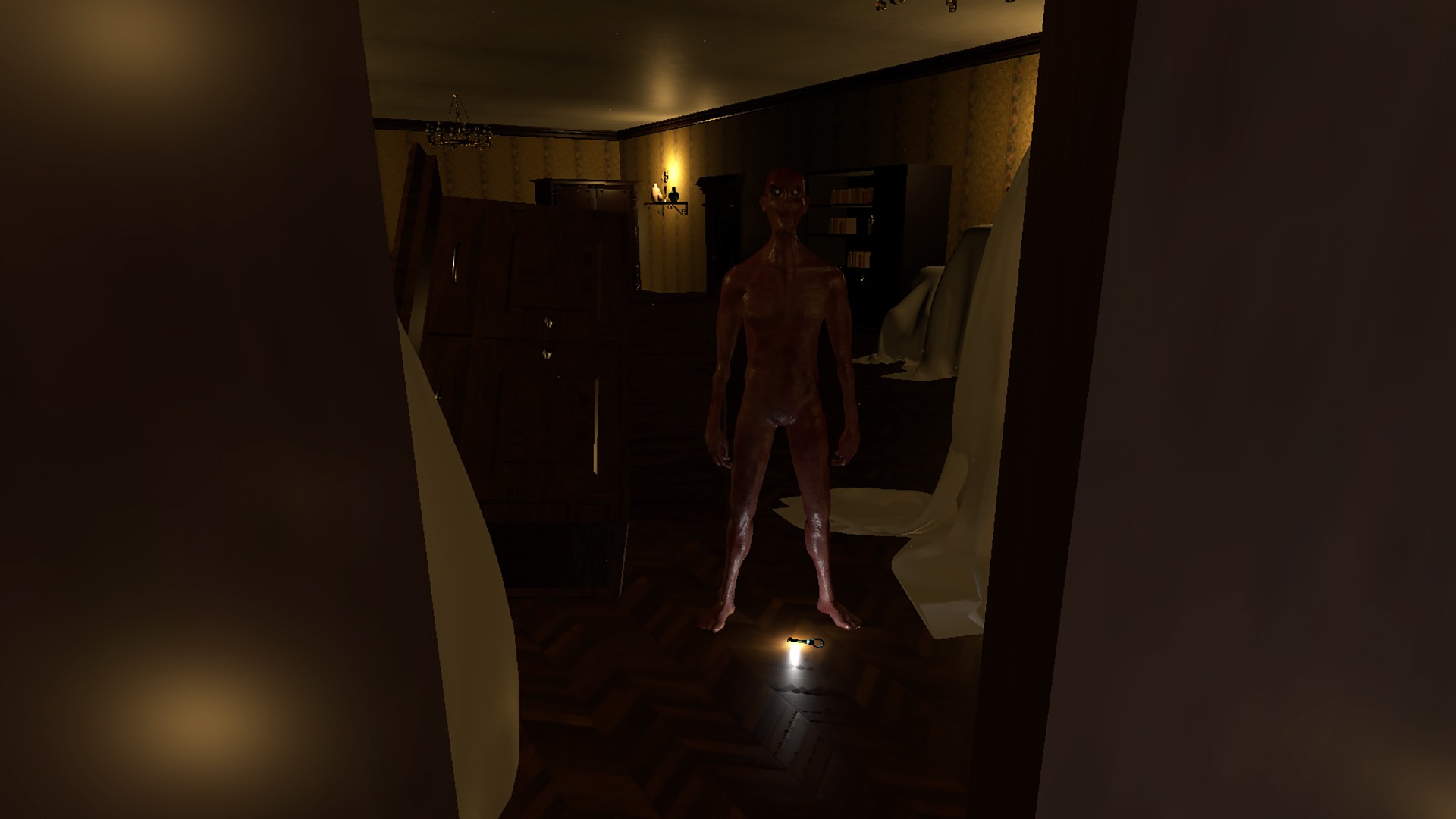 Ever since that P.T. demo there’s been an increase in horror titles, especially those based around houses and vacating them. More recently Infliction was released which concerned vacating a house before you succumbed to it, this time round it’s the very similarly sounding Dissection which is set within another somewhat evil accommodation. Many of these kinds of games tend to lack the jump out scares or the tension build up, so lets see if Dissection is able to carve out its own market.

Dissection can be described as an indie horror game. There’s no initial introduction but all you need to do is escape the house you find yourself in. Within this domestic residence there is only one enemy, an enemy who strolls around the property, there’s no real description in regards to why it walks about, but it just does. Your task is to find the hidden keys that are found throughout the home which unlock various objects, eventually you will find the key which will let you leave the house and escape from that thing which inhabits it. The big issue is that if this singular enemy sees you, it will chase you. If it catches you then you have to start again. 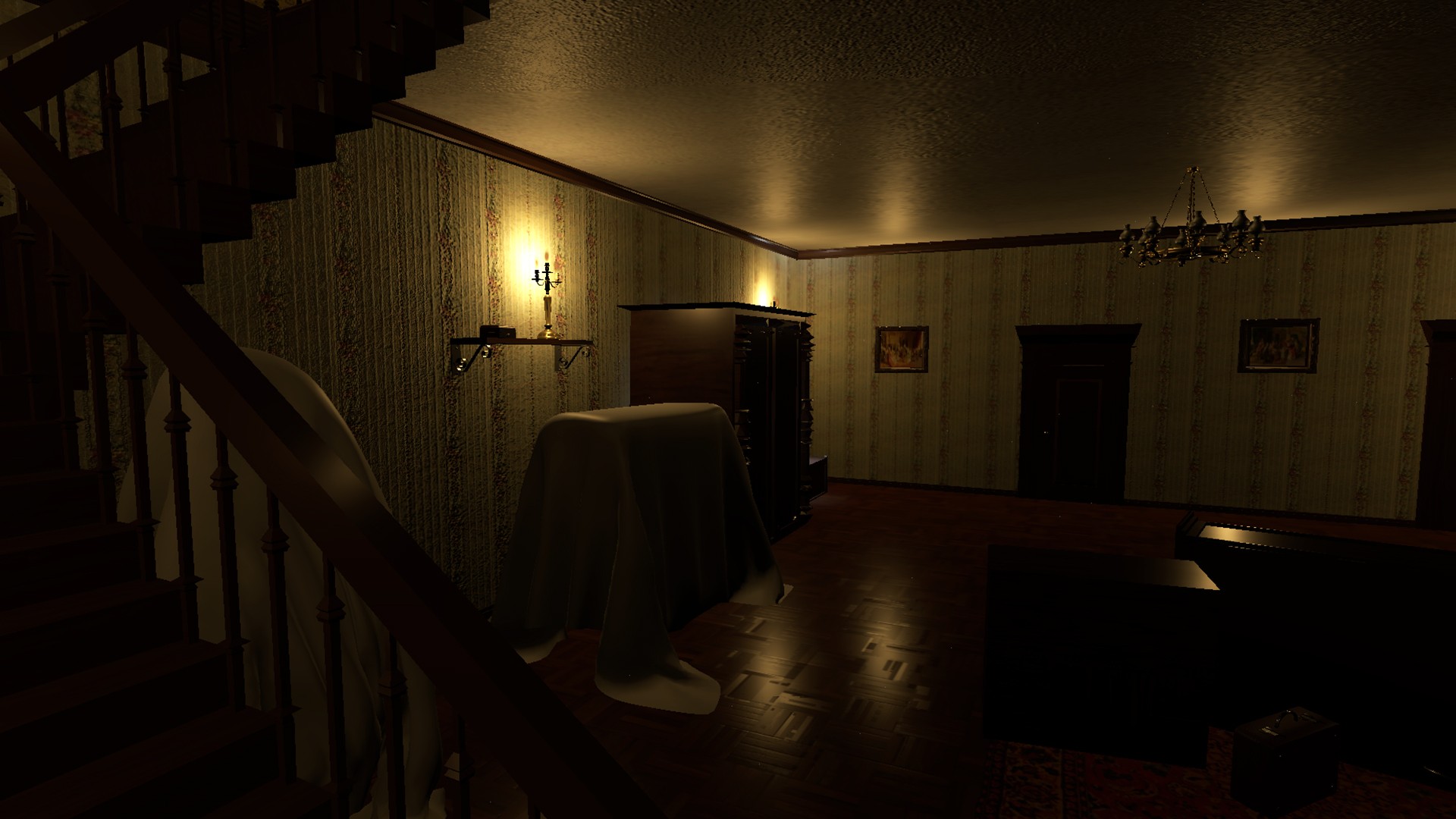 There are no save points in Dissection, you need to find all the keys and get out before you are caught. If the zombie like enemy finds you, then you go right back to the beginning which is obviously frustrating. When you go back to the beginning none of the tasks you have completed remain, you will need to redo them all over again. It’s entirely possible to complete Dissection in around 10 minutes if you are lucky enough to not gain the attention of the zombie, however, it’s likely you’ll need a minimum of half an hour depending on how you play it. The zombie tends to follow a set path, so when you’re running in and out of rooms, you’ll just have to constantly take a few seconds to watch what the zombie is doing. Similar to how the evil in The Blackout Club worked, in Dissection you know the enemy has seen you because there is an eye icon on the screen, it opens when the zombie sees you. At this point you get a few seconds to find a closet to hide in. The closets appear to shield you even if you’re only halfway in it, the zombie will come right up close but as long as you are in the closet partially nothing happens. There are two endings to Dissection, whether you want to replay it again after the first successful run is unlikely.

All you do in Dissection is knock down objects such as paintings to reveal other objects, which in turn open other objects. You can only hold one object at a time so some strategy is required. This mechanic is more of an annoyance than clever because it’s 2020, it’s just very limiting. You will end up throwing keys in front of the doors that need opening knowing that you need to complete one or two other tasks before proceeding. The zombie character looks pretty unsettling, but the jump out scares have no effect after that initial catch, even the building up of tension is lost because you know it’s such a short game and the zombie follows a set pattern. 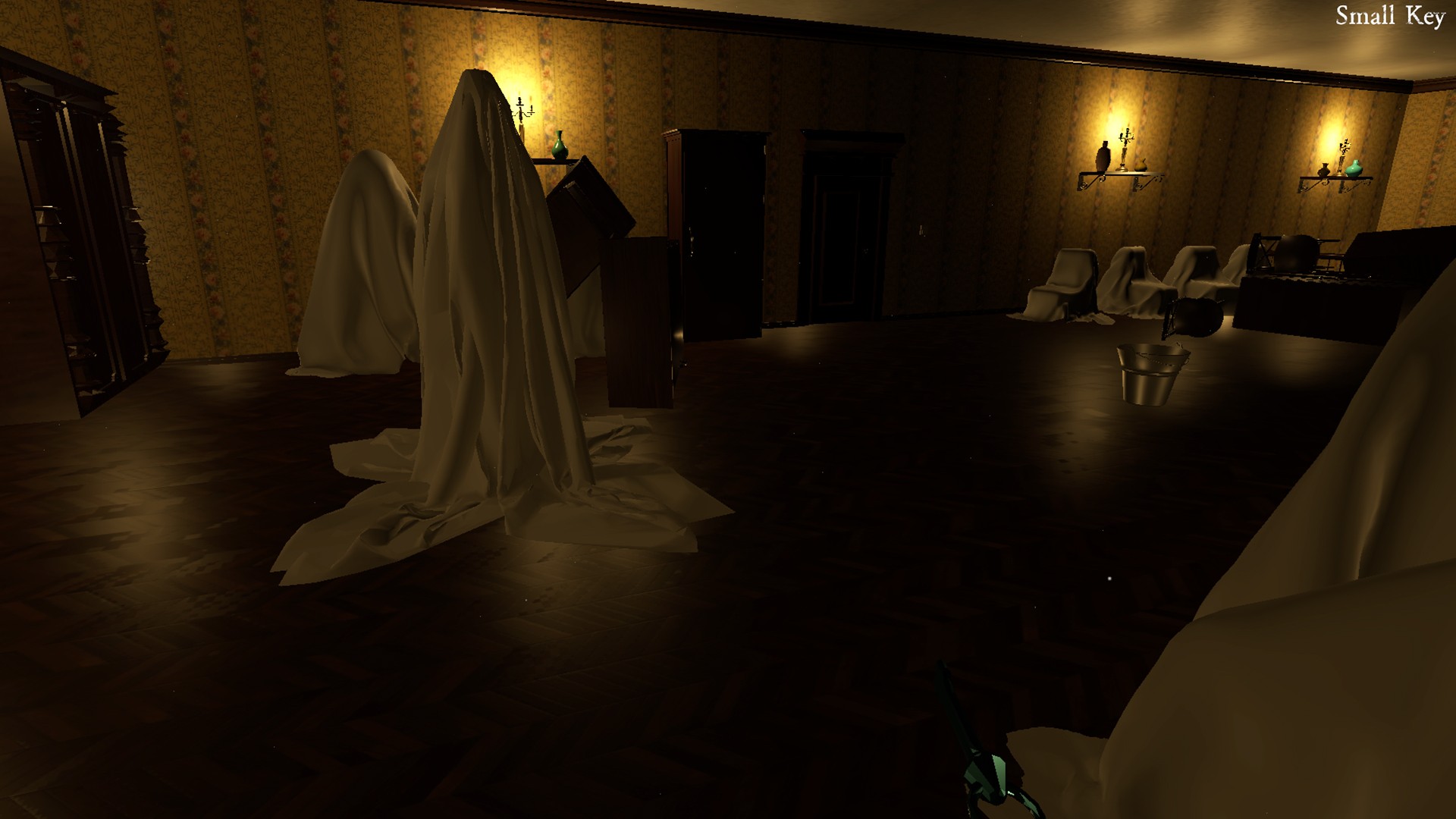 Graphically Dissection is pretty standard, the house isn’t particularly creepy whilst the objects you play with are pretty one tone items. The zombie does look somewhat terrifying at first but when you watch it saunter around it loses its fear factor. Unfortunately for Dissection, it’s just not particularly interesting to play. The bare plot combined with the one note enemy and very basic puzzling just lacks that engrossing element. You play a character with no background being hunted by an evil who walks a linear path unless it sees you. There are so many keys in Dissection that it just becomes a mundane task and when you eventually leave you simply won’t want to go back to play Dissection again.

Dissection is a below average attempt at indie horror. It just becomes uninteresting quite quickly whilst the one evil who is walking around the house isn’t particularly scary after the first time it catches you. There are better indie titles out there with more involving stories, Dissection lacks any reason for you to escape the house, there’s no push or pull for you to carry out the menial tasks which is a shame. If you like short indie titles with not much challenge then Dissection might give you half an hour but no more.

If you like short indie titles with not much challenge then Dissection might give you half an hour but no more.