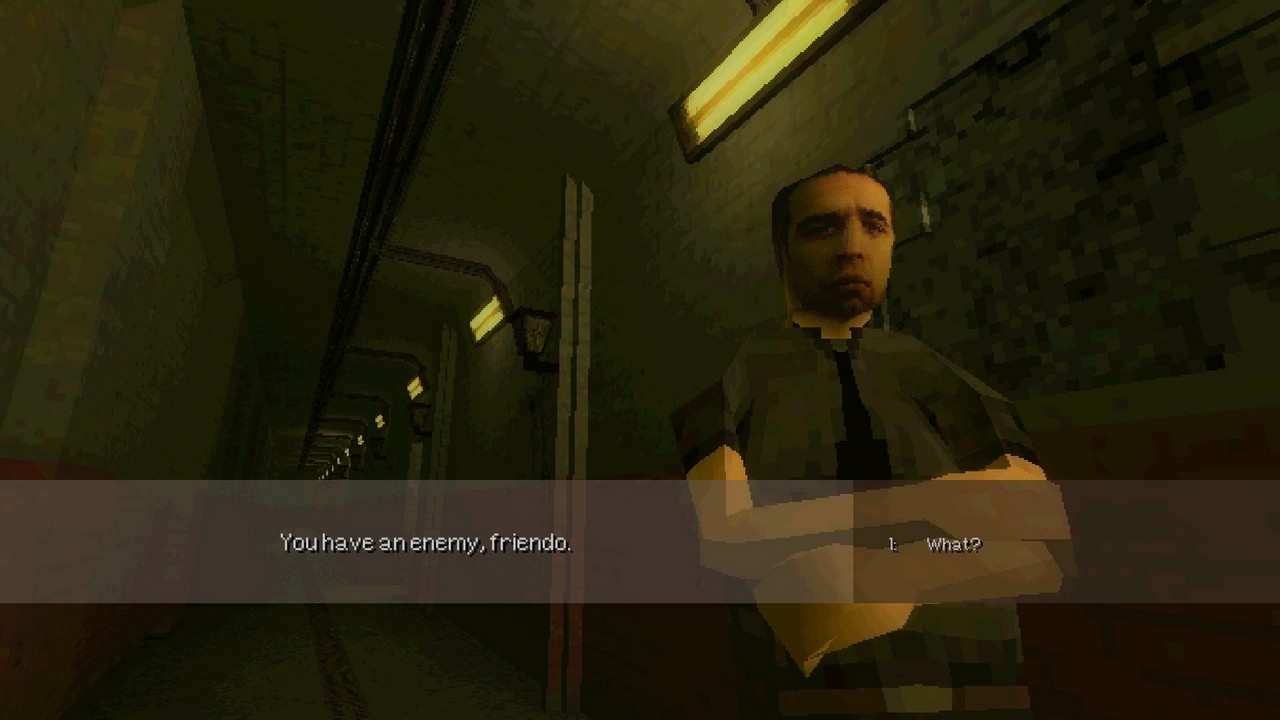 What did I just play? Paratopic is undoubtedly an acquired taste, but if it matches your palette, you’d be pretty impressed with this low-key indie title. I know I loved it, even if I didn’t ultimately get it, but that’s the beauty of this ambiguous title.

How to explain the concept? It’s a tricky one and open to interpretation. In fear of giving away any spoilers (like that was possible if you don’t completely understand it), let’s keep this as vague as the narrative and say that the character(s) you play is involved in some shady dealings with some dodgy VHS tapes.

Back in the day of video nasties and when piracy was rife with that shifty fellow in the pub that could supply on-demand items that fell off the back of the lorry, copies of videotapes would be about in circulation comprising the latest Hollywood films not yet released or video nasties that were on the BBFC ban list (if you live in the UK, you might be familiar with those). As someone who grew up watching the odd dodgy horror film with mates when the folks were out, I can say that Paratopic captures the settings and atmosphere perfectly. But nothing is ever fully explained, and that’s why it’s so good. 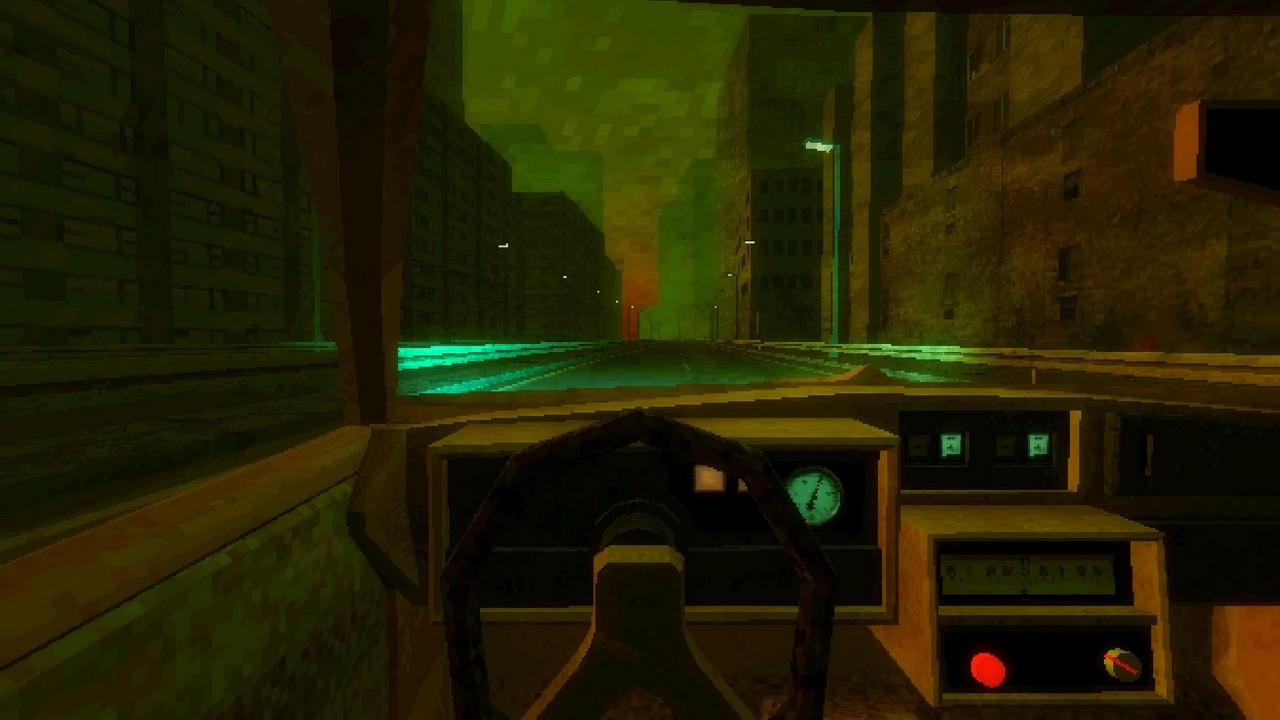 When you begin, you’re informed that there are no save points and you have to play the game in one go. As a parent, I’d inevitably be disturbed by the kids waking up, the wife impeding the TV to encourage me to put on Netflix, or the dog wanting attention. On the other hand, I was a bit hesitant in thinking the game would be over in 10 minutes or so. While that’s acceptable for a PC title that’s free or costs hardly anything, spending a few quid on the eShop should warrant enough play for your what’s in your digital wallet.

Though I didn’t sit armed with a stopwatch, I will say that the first playthrough was completed in around 30 minutes or so. I savoured a few scenes too, and in some of these locations, you can’t do anything but the mood is eerily perfect. Don’t expect to spend hours looking at the hi-def textures or character modelling – this looks like a PC game from the early 90s converted to widescreen. In many respects, it’s atrocious, but I loved it. The low-def visuals had this grimy filth to them that captured the game’s essence perfectly, plus the animation of the movement was spot-on. This wasn’t a cutback on quality; the balance was excellent.

The real highlight, however, was the sound. Again, the game recommends you to play with headphones, and I agree. The ambience is spot-on and incredibly uncomfortable, in a good way. It mixes up these emotions that something might happen, then it doesn’t, but you never let your guard down. If there’s ever a time for complacency, and you get bored with the surroundings, the game shifts in time (or backward?) and you’re in a new area free from any malice and having a conversation with a garage clerk about oversized balls of yarn. 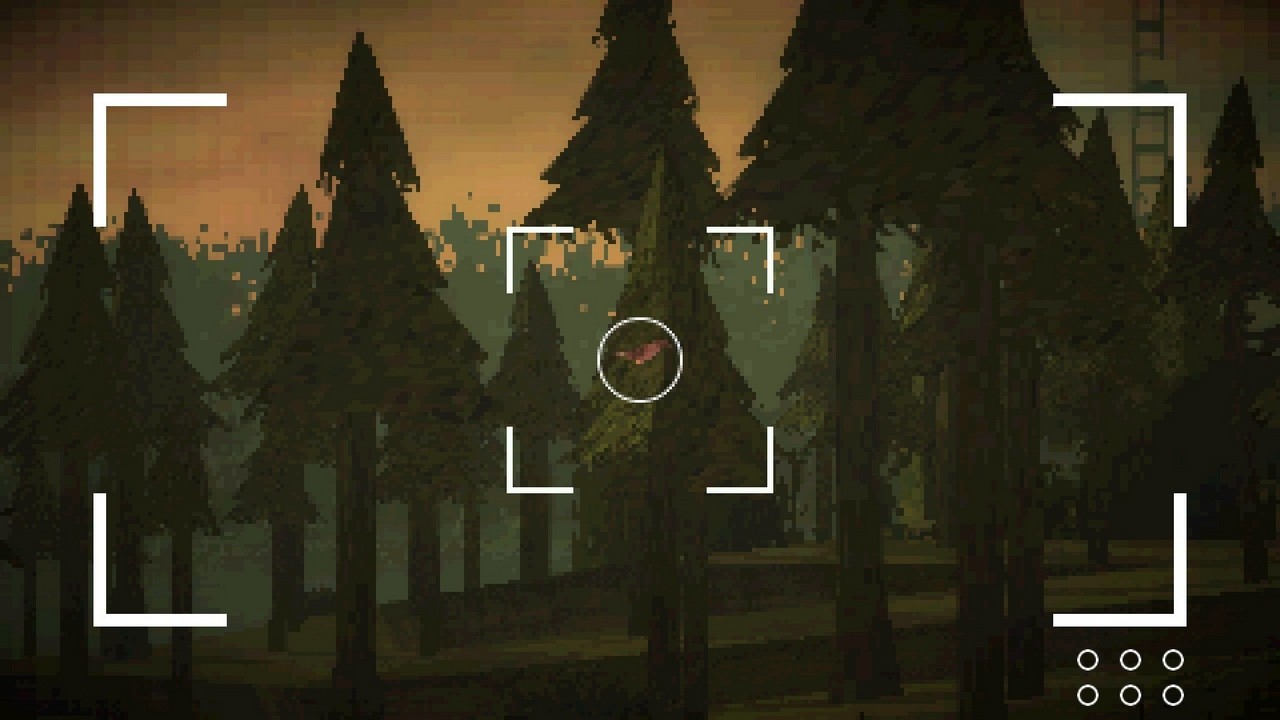 The conversation is simple; select your response using the d-pad, and if you miss something, you can still go through everything and try to build up a better picture. The first time I played it, however, I took my time with the surroundings, but didn’t read too much into the story and preferred to go in a little blind. After completion, I had questions that didn’t necessarily have to be answered, but it was enough for me to go straight back in to try again. It helped that there was an incentive of unlocking achievements too, based on your actions.

The themes covered in the game include violence, identity, mental state and the paranormal/sci-fi. These things are always open to interpretation and don’t always need a conclusion. Equally, you don’t want to be reading everything that happens in the game in a review. If you do, then check out a walkthrough of the game, but given the cost of this on the Nintendo eShop and time it takes to complete, you might as well do this yourself.

But why jump in if you don’t understand what the game is? It’s undoubtedly going to split people down the middle. If graphics mean a lot to you, then you might want to give it a miss, but if non-linear storytelling and ambiguity are more your thing, then give Paratopic a go. I would say it’s more like a David Lynch film than anything else, and as a fan, that’s probably why I enjoyed it so much. It’s surreal, has a Mulholland Drive feel to it, and for the brief time you play it, the questions raised and reliving of scenes afterwards is a welcome aftertaste. Just don’t expect to come to any conclusions the first time around, nor to be wowed by the presentation as it’s without a doubt, an acquired taste.

Eerie, confusing and grimy, Paratopic is an excellent, if brief, storytelling exercise heavily influenced by independent cinema, the unknown and non-linear narratives. Not for everyone, but if it’s caught your attention, have a further look as it’s worth it.