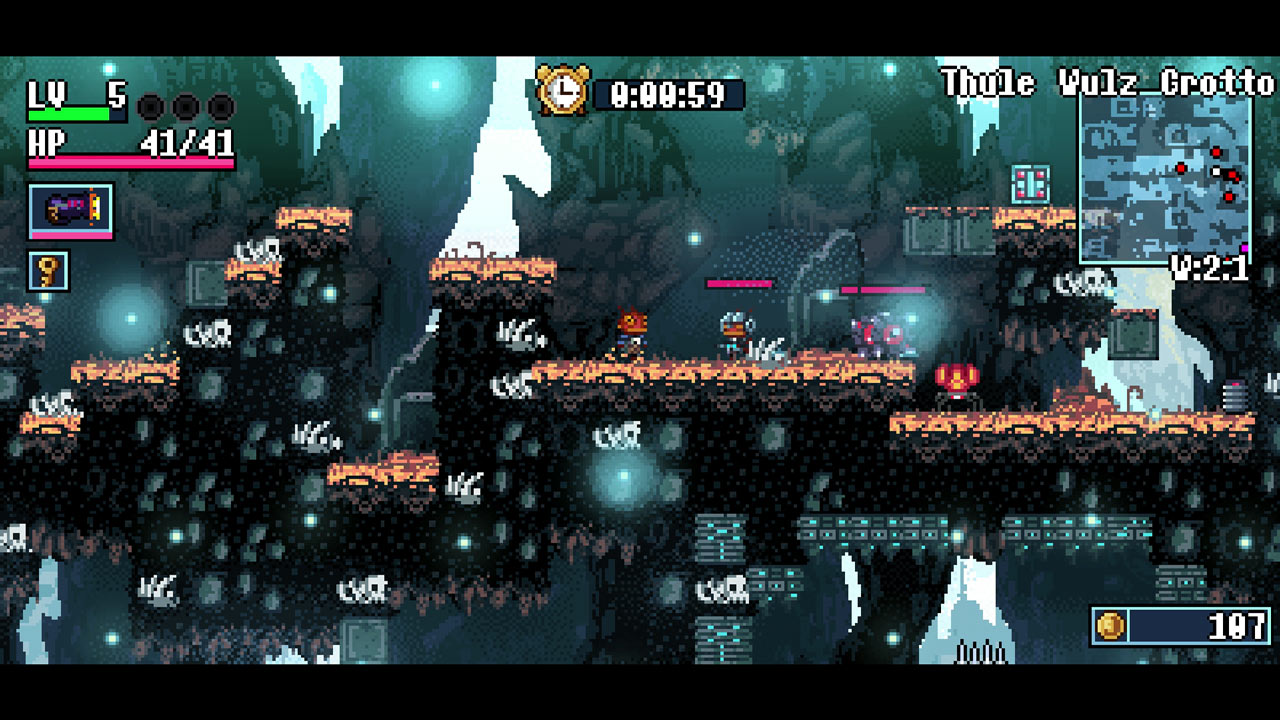 Xenon Valkyrie + is a rogue-like platformer and honestly, you’ve probably played this game before. You choose from three different characters and the only real differences between them is their special abilities. One can jump super high, one can drop unlimited grenades and the other can.. scan things? To be completely honest I have no idea what the last ability does. I just know when I pressed it, it would send out a scanner but nothing else really happened. You work your way down to the bottom of the level, find the exit and the do the same again until you reach a boss. There is a story in there but I didn’t grab my attention enough to really follow what was going on.

If you’ve played Spelunky, you’ve played this game. The only difference is the setting and the art style. This game has a really beautiful 16 bit art style that really grabbed my eye. Usually I’m not a fan of 8-bit or 16-bit graphics on modern consoles unless done well. Xenon Valkyrie + is a beautiful looking game with really catchy music to go with it. 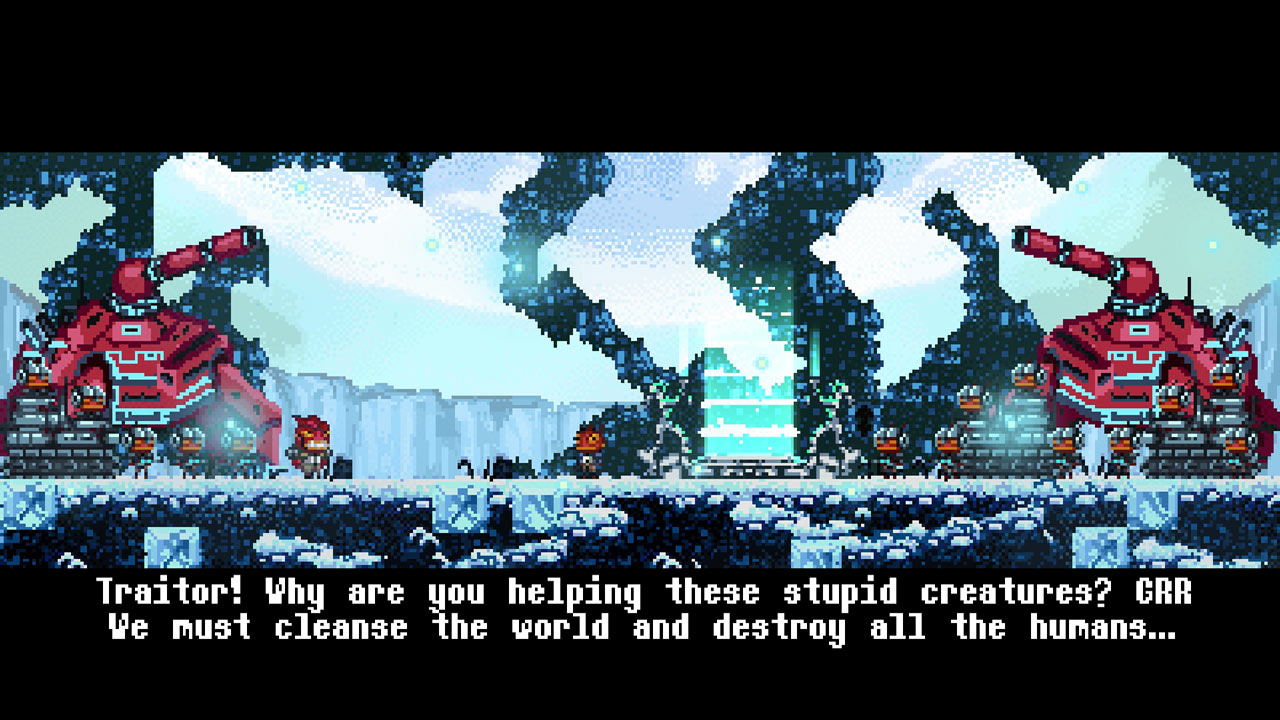 As stated before, this game doesn’t really do anything new for the genre and just copies what has come before. This is where the game crumbles a little for me. Now, I’ve tried really hard to like Spelunky but it doesn’t work. I can’t get into it. Another game it reminded me of was The Binding of Isaac, if you die, that’s it. Back to the very start. Starting fresh. This infuriated me. My favourite rogue-like game (and one of my favourite games) is Rogue Legacy. What that game does so incredibly is the fact that you’re always progressing. Even if you die, you might’ve collected enough coins for that new sword or upgrade which allows you to come back stronger than before. This always left me wanting to play again and again to get further and further (as it stands now, I’ve finished Rogue Legacy three times). I don’t know if it was my fault for expecting it but I wanted this game to do that. Sadly, it doesn’t and this really stopped my motivation for carrying on. All the upgrades I had made, all the cool new weapons I had got. Gone. I had to start again. It got to a point where I just didn’t want to anymore.

What sucks the most about this is that, this game is actually really fun to play. Even though I would rage quit and stop for a while, I always wanted to go back and try again. The abilities (especially the super jump) add a nice feature to the game and make it a whole lot more fun.

So unless you’re really good at games, I’d take that into consideration. Getting to the world 2 boss and dying only to have to start from scratch is demoralizing. 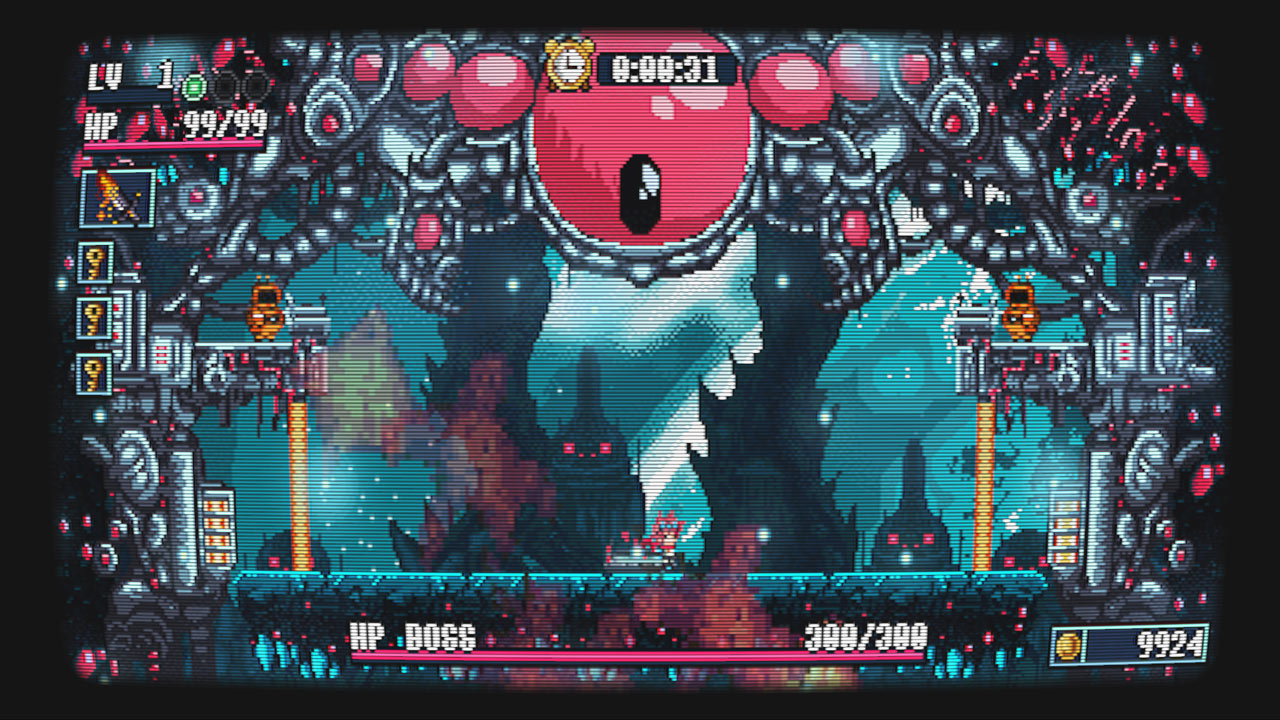 Other than that I don’t have a criticism for the game. It doesn’t do anything ambitious, it knows what game it is and just plays like so many other rogue-likes already on the market. If you’re looking for an amazing rogue-like game, just go play Rogue Legacy because trust me, you won’t regret it.

Before I finish, this game does have a really cool feature where you can go through different filters for the screen. There’s one filter where it smooth things out but the coolest ones are the CRT filters to make your TV look authentically old for the time period this game is calling back to. You can really feel the love and passion the devs have for this time period. You can do a lot worse than this game, but you can also do a lot better.