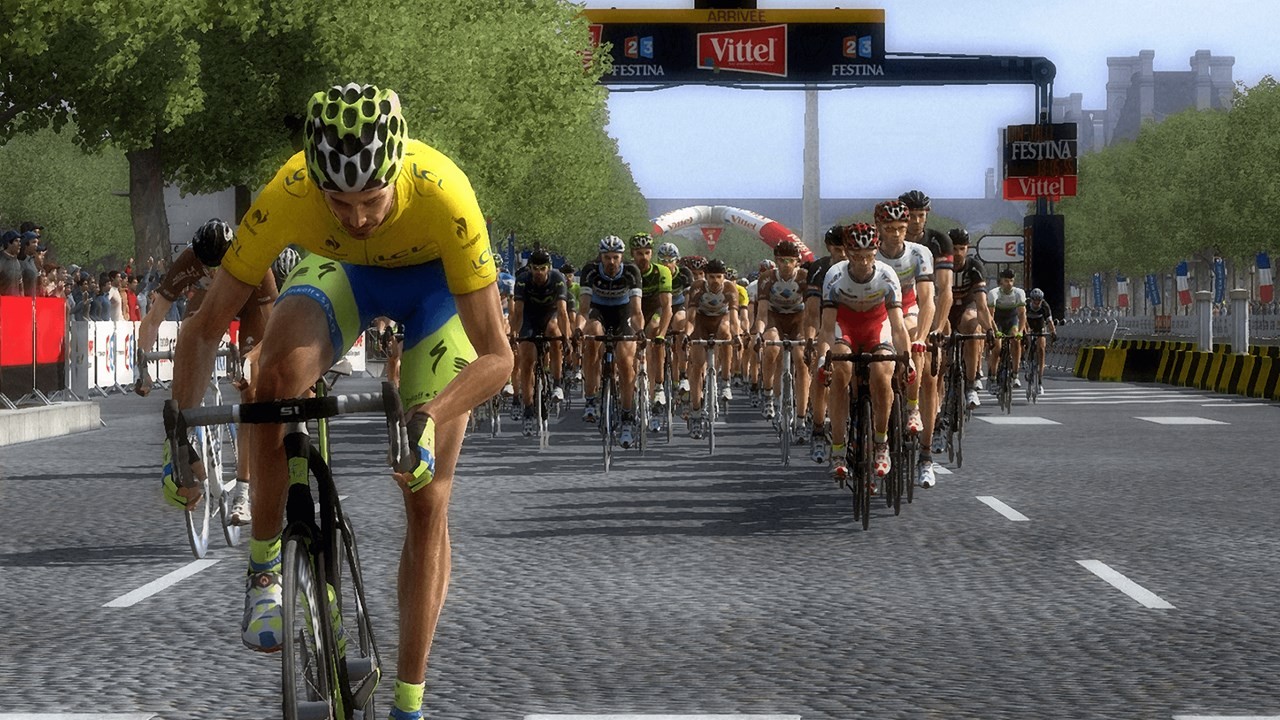 While you sit back on your sofa, feeling bad about not doing as much exercise as you should, take control of a professional cyclist and their team in the latest Tour de France game and make your guilt melt away because hey, it’s the thought that counts… right? In Tour de France 2015, you can choose one of the official Tour teams and cycle your way through the race with all the fun of drinking energy drinks; struggling to breathe while cycling uphill and riding towards spectators standing in the road hoping that you could run them over but having them move away just before you can.

I tried to start playing Tour de France 2015 with an open mind as I’ve never been all that interested in sport games. The closest I’ve ever got is Mario and Sonic at the Olympic Games on the Wii; but I thought I’d finally give one a go and see how I truly feel about them.

The game begins with a trailer of the real life Tour de France, instantly putting the player in the mood for the game; it then proceeds to take you to the main menu. Before beginning the actual game, it suggests you play through the tutorial to learn how to control your rider but after doing this and getting into the game, I still found the controls slightly difficult to get the hang of. 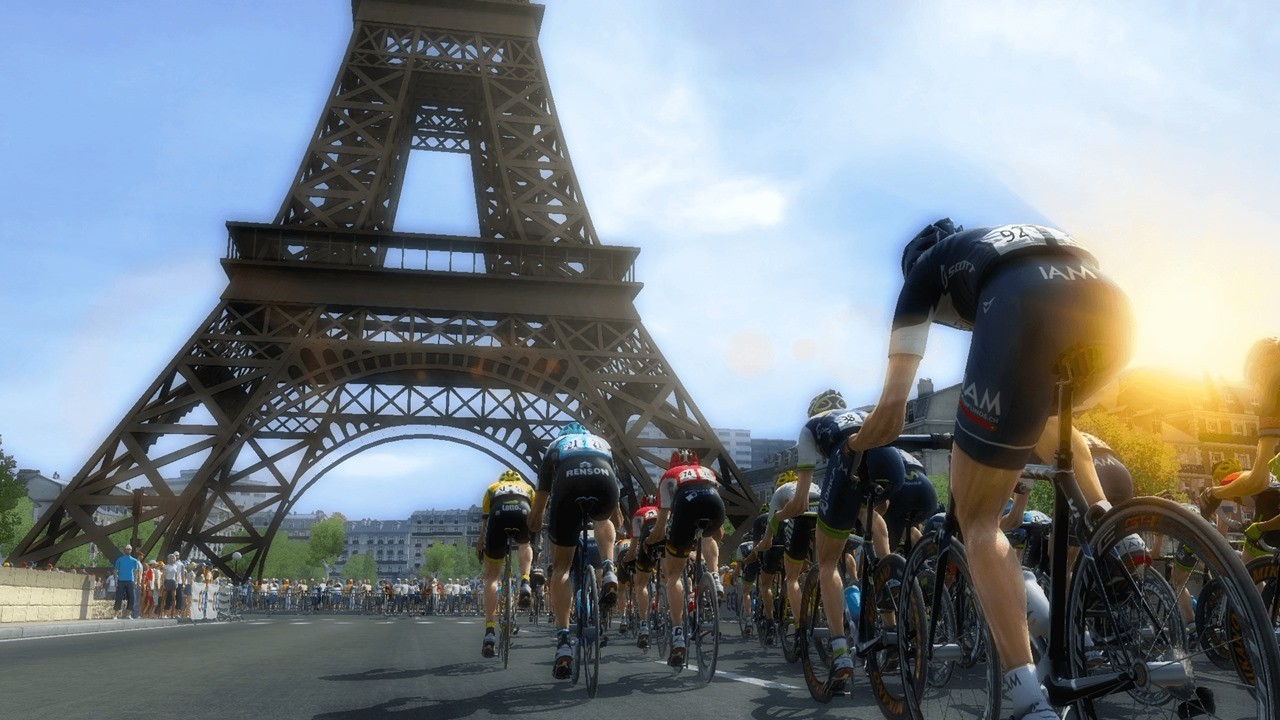 The graphics in the game are what you’d expect, quite standard, but there isn’t much to look at in the game and everything is quite repetitive. Trees and country roads, mountains and towns with spectators become very boring to look at after a while and because the races in the Tour de France are so long, it’s frankly quite dull.

During the game I quite often found myself simply holding down the R2 button then checking my phone or finding something else to occupy me while playing, which for a video game is not what you’re supposed to do but it was just boring (or “exceptionally boring” according to my dad). There was no musical accompaniment even faintly in the background as you play either, so while it is quite realistic as you listen to your player breath, the spectator cheers and the bike rattling as you ride, it’s not fun. 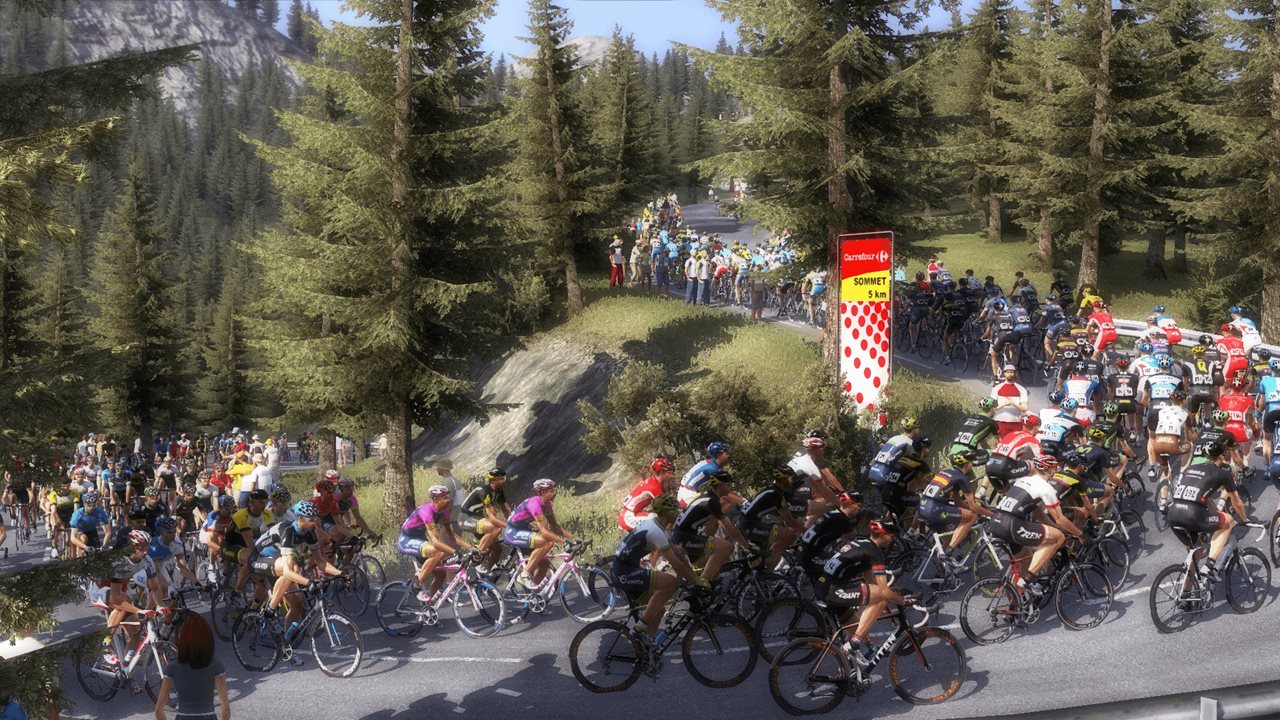 Now, don’t get me wrong I liked the game, I might even play it again at some point – and I imagine that players with any knowledge of cycling would find it quite entertaining; but listening to the instructor keep telling me about “breakaways” and “feed zones” just had me too confused and having my entire team of cyclists have no energy made the game quite a drag in some places; for example: reaching a large hill at the end of a race and having no riders that can make it up there without wanting to die. Maybe I wasn’t playing it as you’re supposed to and maybe I didn’t quite have the technique down, as I was in first or front places for most of the race with most of the riders then ended up actually coming in 46th with my best cyclist, but what can you expect from me? I’m not a professional cyclist; I don’t know what the instructor was even trying to tell me.

In the first team race I played I noticed a few bugs early on too. Cyclists would ride through each other, I unintentionally rode through the spectators a couple of times after taking a clumsy turn and while I appreciated the humour behind taking a turn and seeing a group of contestants all fallen off their bikes, I was able to very easily ride on top and through them all as if I was on a straight road. I feel it would have been a lot more amusing and realistic had my rider fallen off too.

I tried to like Tour de France 2015, I really did but would I recommend it? Probably not. It becomes tedious very quickly and your time could be spent on much better games. However, if you like sports and/or sport games then maybe give Tour de France 2015 a go. I swear… it’s not that bad.