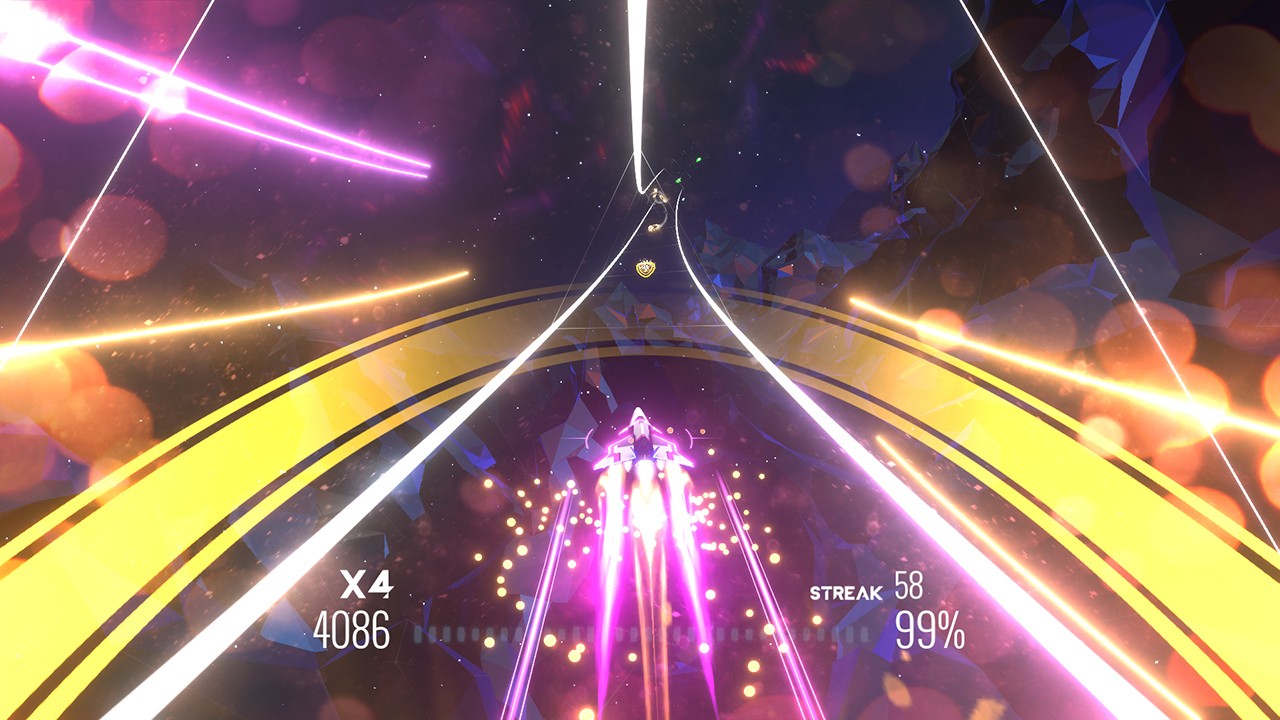 Tim Bergling, more commonly known by his stage name Avicii, was a musical genius the likes of which I can never hope to fully appreciate. While I understand some ins and outs of electronic music mixing and creation, the way he could conjure and remix sounds into tapestries is akin to magic. Like so many of the great creators, he was haunted by ghosts, both of the past and present, and, despite having so much love and appreciation from people around the globe, could not get the level of help and support he needed. His death by suicide two years ago was a massive shock then, and it still sends frission chills down my spine today. Since then, his family and close friends have kept his spirit alive, both in musical and philanthropic means, and really done their best to help keep a spotlight on the subject of mental health, a woefully under-supported field of medicine even to this day. Now, to further celebrate his music and to continue to blur the lines between gaming and art, console owners can experience his creations in a brand new way.

Avicii Invector: Encore Edition is the “complete” version of Avicii Invector, which was released last year on most major platforms (the Switch is the only one getting this game for the first time). As a result, owners who previously had the game are welcome to enjoy the DLC that has been released over the year, though new buyers should absolutely buy the Encore Edition as a standalone (and save some money). If you’re unfamiliar with the game, think Thumper meets Rez with a substantially better soundtrack (Rez was amazing, but I like this better). In Invector, you pilot a ship through the music of Avicii, running on and off rails depending on different parts of the songs. For a majority of the track, you have to press buttons that align with one of three rail settings (think Guitar Hero if that helps), and do so in beat with the music. For about 25% of most songs, the futuristic spaceship leaves the arc and rails of the song, allowing you to fly freely through different space terrains, but asking that you go through a series of rings that appear in the sky. If you’ve played the hell out of any version of Star Fox, you’ll be able to nail this part fine, as it has less to do with rhythm and more to do with target fixation. 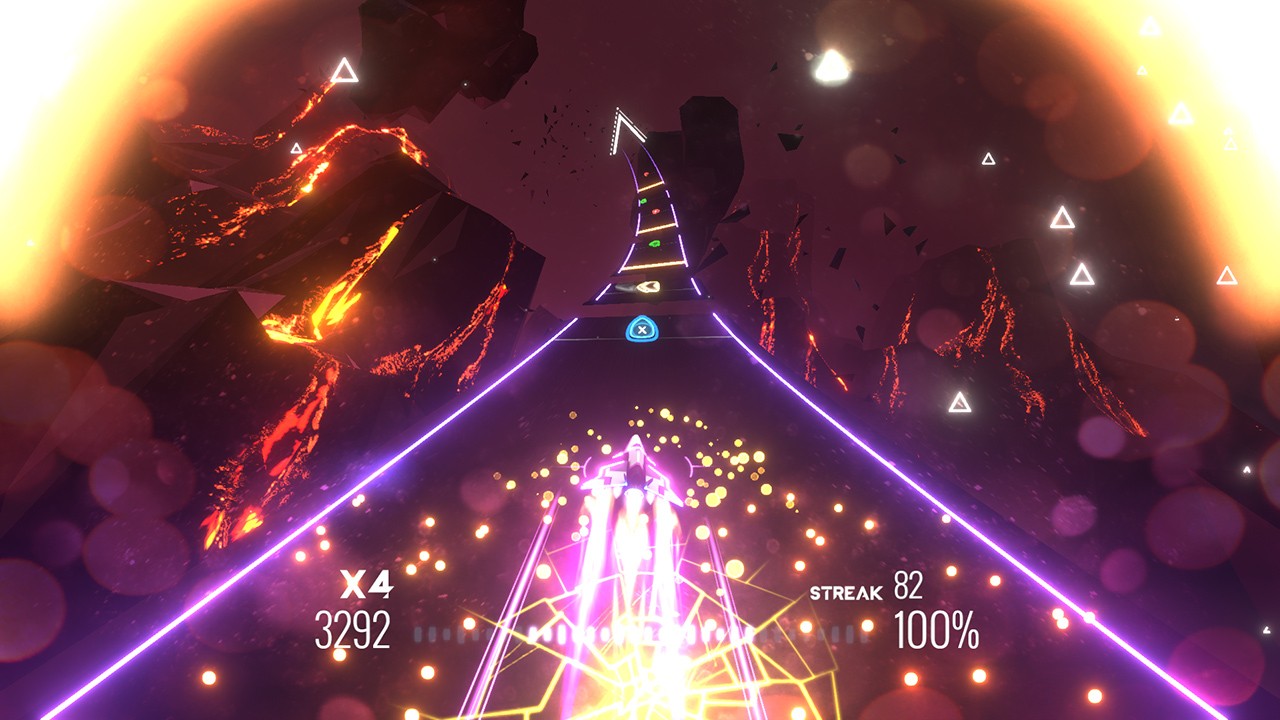 One of the easiest thing to grade about this game is the soundtrack. As a title that was being created hand in hand with Bergling before he passed, players have full access to thirty-five of Avicii’s most acclaimed tracks, though you will have to work for them. Each of the songs that were part of the core game (the first twenty-twenty) are locked behind different worlds, giving you access to a set at a time but asking you to play through all of them in order to access the next set. So, if you’re a huge fan of his whole catalogue, you have nothing to be fearful of or to complain about: you can go straight from Can’t Catch Me into Pure Grinding and then fight your way straight to Talk to Myself. However, if you’re most interested in some catchier tunes, you must do the time. Wake Me Up is in the third world, Hey Brother is in the fourth, and Lay Me Down is in the fifth. The Oblivion pack (an extra set of three songs) is ready from the beginning, though, as are the Encore Edition selections, so you’re not totally fixed. Then again, this gradual unlocking allowed me to listen to more of his music that I was less familiar with, and also gave me pause to appreciate what the dude could do in terms of songwriting and electronic artistry. Seriously, his talent is amazing.

Now, onto the gameplay. As mentioned above, you’ll be on rails for a lot of this, and my Thumper comparison is maybe a bit farfetched in terms of difficulty. If you’re playing Avicii Invector on Easy Mode, most players will have nothing to worry about. You primarily focus on well spaced out beats that ask for the left shoulder button, the B button, the Y button and the directional arrows. The B and Y (and later the X and A) are all clearly marked with different colours, making confusion a nonissue. The arrows usually give you enough time to find them with no question (and you hit them with the joystick or directional pad), and the shoulder buttons are literally a giant triangular arch on the track: no mistaking that one. Moreover, the arrows also designate (on easier settings) where the next set of target notes will be appearing. So if you miss that right arrow, quickly shift to the right anyway, because you don’t want to miss even more notes after a single slipup. Players can quite easily get into a groove with following along with repeating sets of notes that demand very little from you other than to not fall asleep. Additionally, passing is far from a white knuckle ordeal: hitting 90% of the notes or more is usually acceptable, and I definitely could move onto the next area having nailed a B for a rank instead of an A, so don’t worry about game-overing or somehow being eliminated from the game.

Having said all that, there are some issues with the way the game unfolds. The beats that go along with the song aren’t always intuitive at the lower difficulty settings (I understand higher are meant to focus on off beats, so that’s not an issue). Specifically, Gonna Love Ya had a lot of in-between hits that were confusing with the tempo of the song and could prove frustrating if you weren’t well acquainted with the tune. Moreover, moving between the space flight and rail gameplay wasn’t always a smooth transition. Because of the freeform nature of the space flight, sometimes you’d land on the rails in the wrong position, instantly missing notes because you were on the ceiling instead of the floor and cursing as you quickly reoriented yourself. Also, Boost Mode. Boost Mode is an optional trigger that can be activated after so many correctly hit notes, and it rockets you forward in the song, greatly decreasing the lead time but also increasing the points value. This should only be activated after you’ve played the song a few times, because turning it on in the middle of getting to know a track is a surefire way to drop from 99% accuracy to about 95% by the time the ride is over. Players beware, that was a nonsense thing to run into. 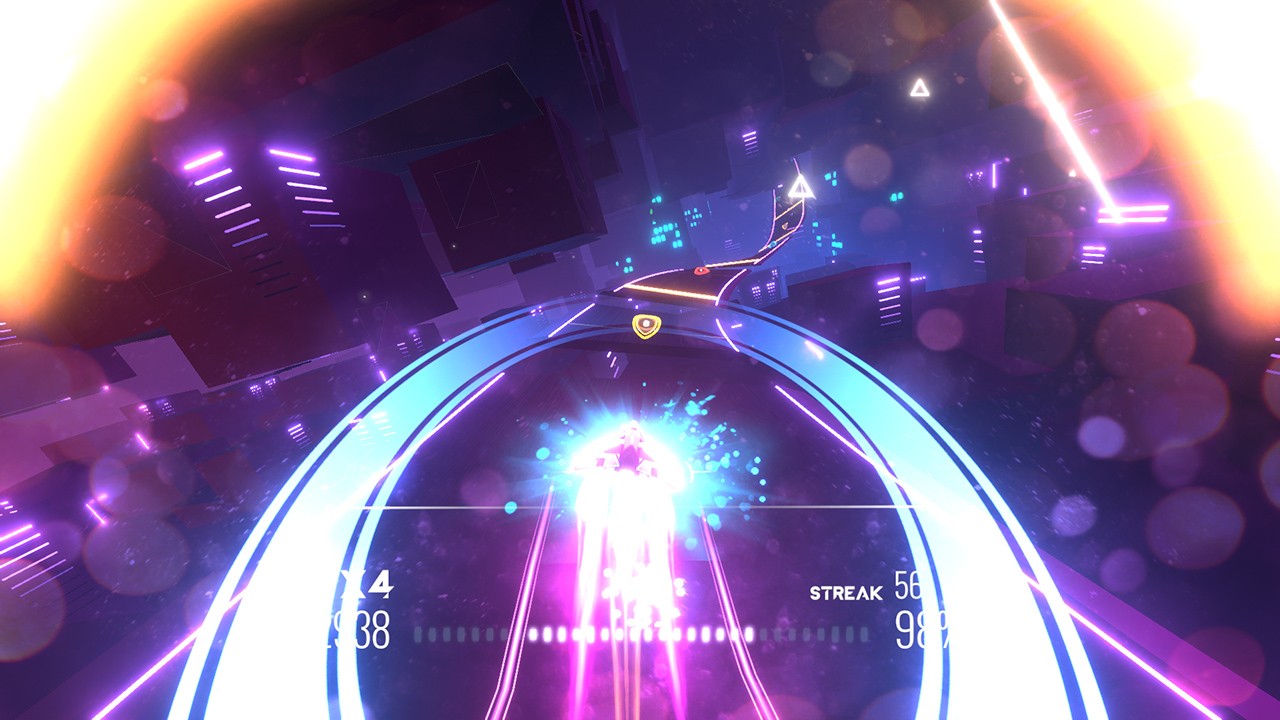 Still, I really enjoyed my time with Avicii Invector: Encore Edition. The music is phenomenal, and the small but quaint storyline of the ship’s pilot that gradually unfolds between tracks was enough to keep me invested in the overall tone (and I’m glad I followed it to the end). Also, I was touched to see that this game is part of the Safe in our World label as well, and that Bergling’s appearance is not only included, but celebrated within the game. When you get to the higher difficulty settings (which you can jump straight to if you’re serious about finger cramps), you get a better sense of how the music unfurls and maps, getting this generously dynamic sense of shape and self. The harder tracks don’t feel like they were made “just to be hard.” Rather, they feel like Hello There Games went out of their way to try to emulate the way your fingers might feel dancing over a creation tool, touching and moving just so to capture the moments of beat drops, note interpolations and creative nuances. It tries to put you into the seat of a DJ in a less-than-traditional way, and the effect is making you a player who is also an artist.

Players who are fans of nontraditional rhythm games and of amazing electronic music need look no further than Avicii Invector: Encore Edition. It handles like a dream on the Nintendo Switch, install size is acceptable and the only missing component is the ability to play the music without playing the game (which is true of almost every rhythm game). It’s a beautiful tribute, and it fits only better knowing that Bergling had his hand in its craft. Enjoy, play, experience, and remember.

A fitting and wonderful celebration of the music and creative mind of Tim Bergling, aka Avicii.