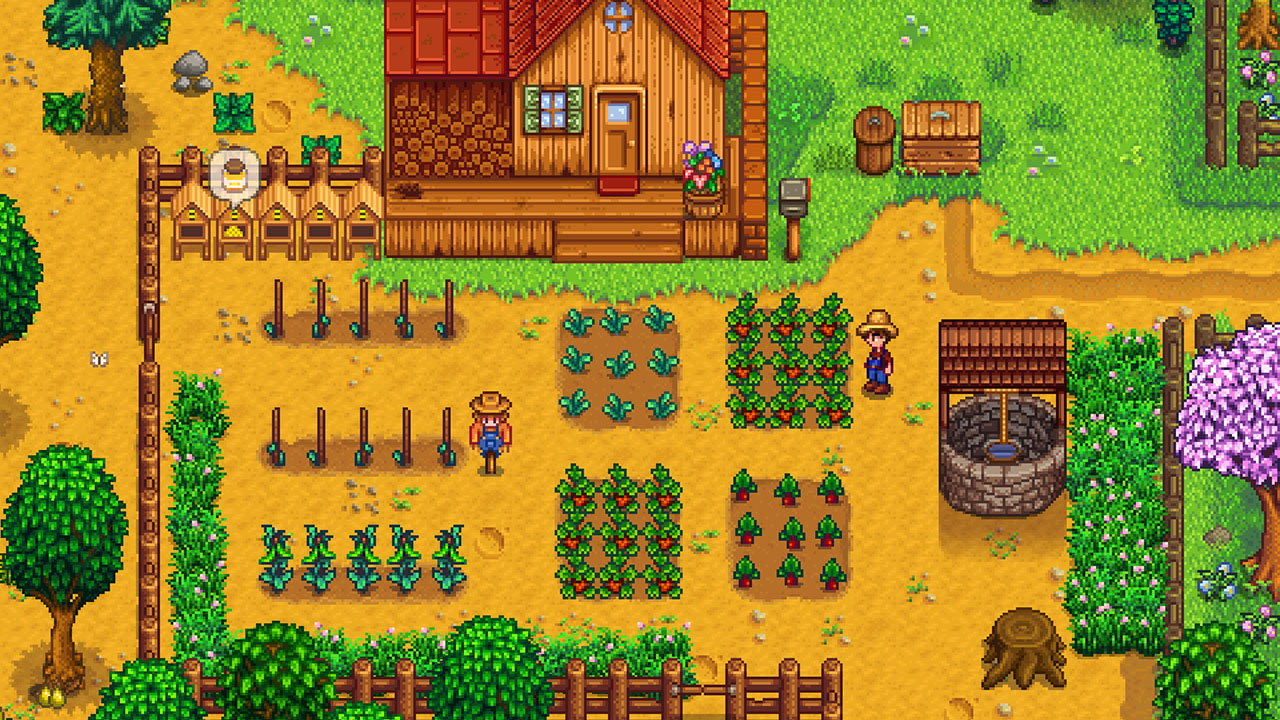 Stardew Valley was released for virtual download on the Nintendo E-Shop, following its release on various other platforms in the year previous, finally allowing Nintendo fans to dig their teeth into the open ended country-life RPG.

This stunning game was created and developed by Eric Barone (A.K.A Concerned Ape) and published by Chucklefish, the game itself demonstrating Barone’s dedication and skill as he single-handedly crafted every aspect of the game, an achievement not many can claim. The game was well received by Switch users, claiming the top spot for the most downloaded game from the Nintendo E-Shop in 2017.

One of the main draws of the game is its laid-back focus in regards to plot, allowing the player to shape their own experience, whilst completing plot based tasks at their own leisure. These consist mainly of the completion of bundles to restore the town’s rundown community centre. However this is all at the players discretion, I didn’t start focusing on the bundles until I had gotten used to the game and developed my farm a bit, as well as building my relationships with the various townspeople who inhabit Stardew Valley. 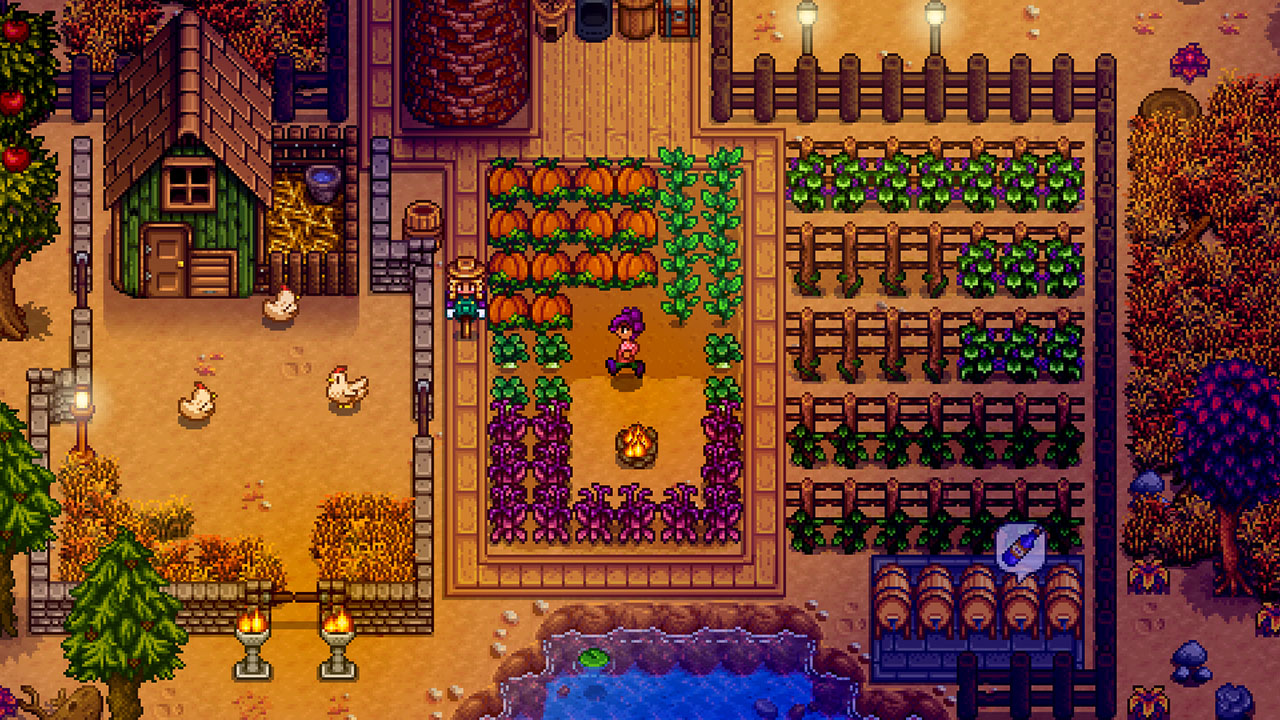 Within the game there are 31 characters for you to interact with, gaining affinity, thus raising your heart level, with them every time you engage in conversation. You also increase your heart level by completing tasks the town people ask you to do through requests in the mail or posting the request on the community board in the town. You can also give each resident two gifts a week (three if it’s their birthday) with certain residents liking certain items, providing a trial and error mechanic. As you become friends with the characters, you will learn more about them through heart events which trigger when certain requirements are met. These events expose aspects of the characters that aren’t visible on the surface, touching on issues ranging from loneliness to abuse, bringing forward themes I wasn’t expecting, but adding another layer which enriched my enjoyment of the game, and made me feel a deeper connection with each character.

The presentation of the game is phenomenal. The art style is colourful and the pixel art creates charming character sprites. The environments are well designed and fit the premise of the game well. The different styles of farm you can choose at the beginning of the game provided plenty of variety and left me wanting to explore more of the world and try new farming styles. The music does a good job in creating a laid back feel whilst you go about your daily farming and changes with each in game season, creating different feels suited to each of them, my favourite being the festive winter theme. One problem I found with the music however was there were times when there was no music playing over the game leaving me to the sounds of the over-world. I found this a bit irritating at times, however it didn’t take away from the experience.

The game-play of Stardew Valley is engaging, the farming serves as the base of the game, growing various crops through the seasons and making sure they are tended to so they don’t die, allowing you to earn cash to buy more seeds and so on. As you progress through the game, farming becomes easier as you unlock sprinklers to water crops for you and you upgrade your tools to make them more effective. Then after you have mastered farming you can venture into some of the game’s other activities, such as mining and fishing. It was fun exploring the mines at the top of town, and the Skull Cavern mines which you gain access to after completing the mines and after unlocking the bus to the desert through the community centre bundles. The fishing was also enjoyable, even though hard to master, which just made it more rewarding when you start to get a handle on the mechanics. Both of these activities also allow you to forage for materials which you can then use to build or trade for even more money. 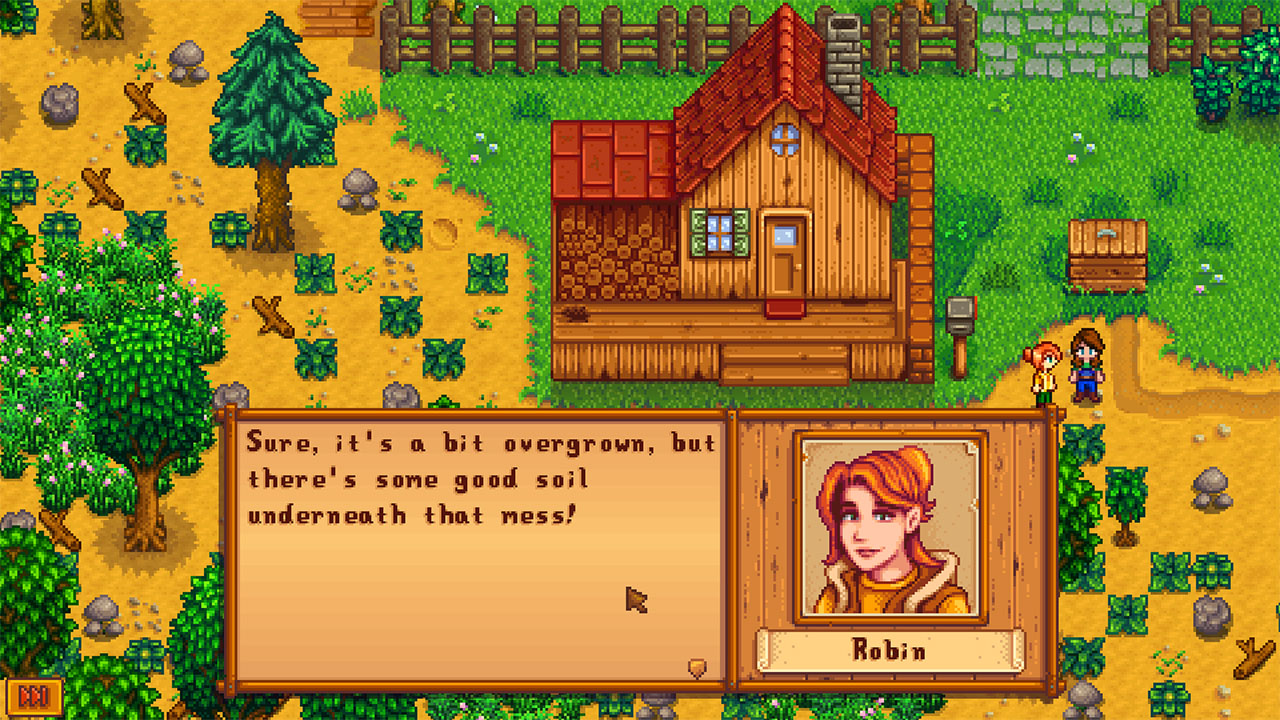 There were a few problems I encountered with the game. I found that the time limitation of each day was extremely restrictive whilst playing and in some cases not giving me enough time to do what I wanted without passing out at 2 am and having my money and items stolen, which happened more than I would like to admit. I also found that it was hard to complete tasks with the limited energy for each day at the beginning of the game when money is scarce to buy food. I also found that the game would glitch a bit and freeze at random times in the game, which would mean I miss catching a fish, or don’t block an enemy attack in time, however these occurred few and far between.

Overall, I enjoyed my experience with  Stardew valley and can see why it’s gained the following it has, with addictive game-play, charming settings, diverse cast of characters and all with a delightful soundtrack to guide you on your agricultural journey, I would and do recommend this game to anyone looking for a casual yet addictive time filler.