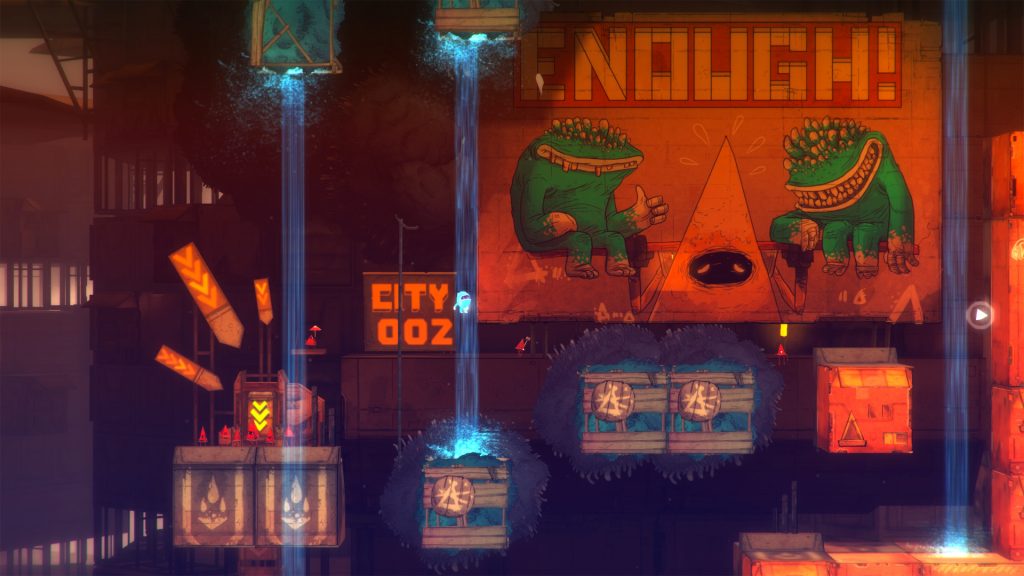 If platforming games were scored solely on the adorable nature of their heroes, then On Rusty Trails would be up there with the best of them. Simple in both nature and in design, you control a small, metallic pyramid that goes by the name Elvis. One day his home is destroyed by a freak spell of weather, but lucky for him he still has the warranty. Armed with only a slip of paper and high hopes, he ventures forth towards the Home Office, blissfully unaware that the racial tensions are running high within the world he inhabits.

You see, on the other side of the fence from Elvis’ red, pyramid brethren are toothy, blue monsters who also occupy this world. So while Elvis enjoys all the perks of being a red metallic pyramid, such as being immune to red laser beams and being able to cling on to red walls and ceilings, there’s also a number of disadvantages he faces quite simply because of the colour of his skin. Luckily, he has a little trick up his sleeve to help him on his way.

Spread across a hundred levels, On Rusty Trails is a puzzle platformer that puts your reactions to the test. In each level, your goal is to move Elvis to the exit while avoiding the various traps and pitfalls that stand in your way. As is the case with other speed running platform games such as Action Henk or Joe Danger, momentum plays a big part in safely making it to the end of each level. However, you’ll also have to use Elvis’ magnetic abilities to safely jump across moving platforms and hang on to the walls if you’re to stay high and dry. 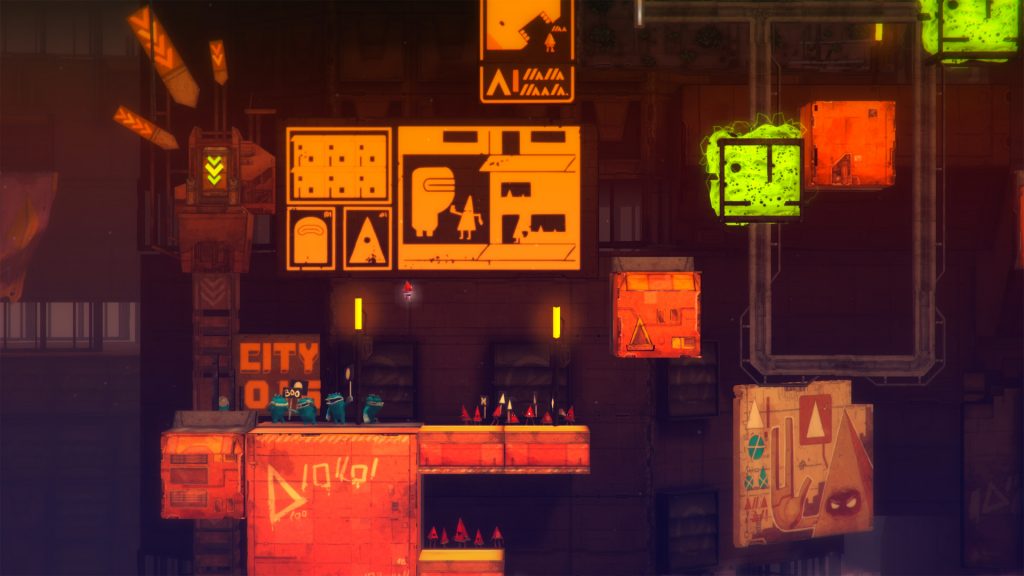 Running up walls, across ceilings and around entire red platforms is all well and good but the core of the gameplay comes down to timing your jumps. Not only does it keep the momentum going, but it can make all the difference in landing safely across large chasms and away from environmental hazards. But while Elvis faces very little in the way of danger on his own turf, the tables are very much turned when he enters blue monster country.

Thankfully, Elvis is smarter than he looks and  early on in the game, you’re granted a blue monster costume. Donning this disguise will see our hero welcomed with open arms into rival territory, granting him access to all the perks that come with being a blue monster. Specifically, this means that he is not only immune to showers of water but can also traverse across blue platforms that had previously been inaccessible to him and his kind.

The disguise is so good that even your red brothers can’t see through it, and simply by wearing it you’ll then be forbidden from venturing across anything that’s coloured red. This culminates in a frantic gameplay experience that, as levels get more difficult, sees you rapidly tabbing between red and blue in order to appease both sides of the divide and more importantly, satisfy the demands of your environment. Timing is everything and in just a few seconds, you’ll have to change costume within the nanoseconds it takes to jump from a red platform to blue. 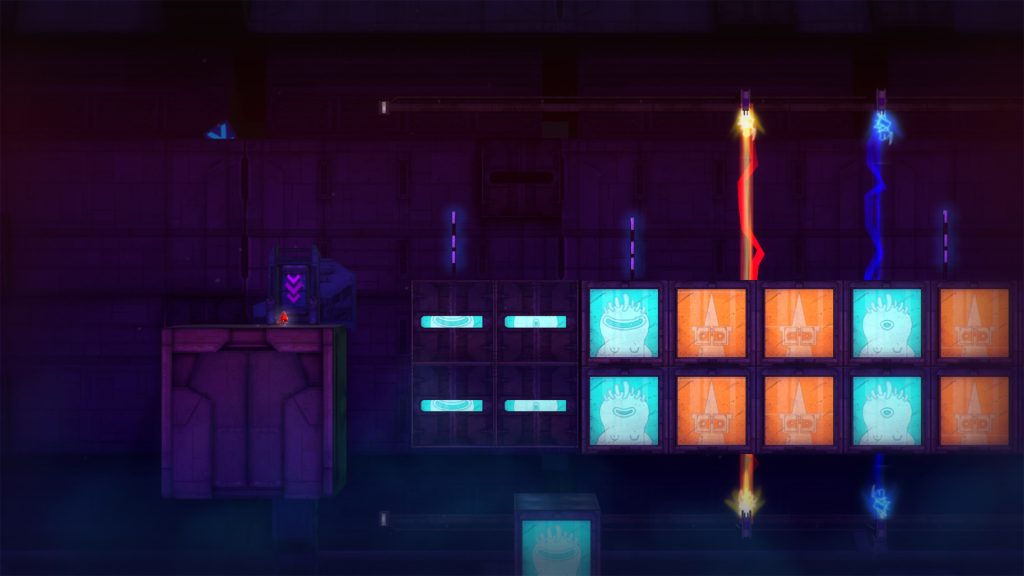 As an added challenge, there are a number of floating tokens scattered throughout each level. Some of these can be picked up with ease, while others will be buried in crevices and on high ledges that can only be obtained by harnessing the traits of both races. These tokens can be used to unlock checkpoints, which are useful on some of the more challenging levels, or can alternatively be kept until the end of the level where’ll they be taken into account for leaderboard and achievement purposes. Throw in the added bonus of time trials for each level, and you’ve got a pretty well-rounded platformer that’s very easy to pick up and play.

But what stands out the most in On Rusty Trails are the aesthetics. By breaking down very relevant themes of racism and apartheid into its most basic form, the game manages to convey a powerful message within an uncomplicated story. Elvis may look and sound cute, but the hand drawn illustrated look of the game, along with the eerie industrial soundtrack, give it a surprisingly dark edge, especially when you consider at what lengths he has to go to, just to venture across lines of segregation.

It might all sound rather serious, but Black Pants Studios make sure that fun is their highest priority. So while On Rusty Trails may present a gameplay formula that’s all too common in this current day and age, the fact that the game has the guts to convey such a relevant message elevates it beyond your traditional indie platformer.