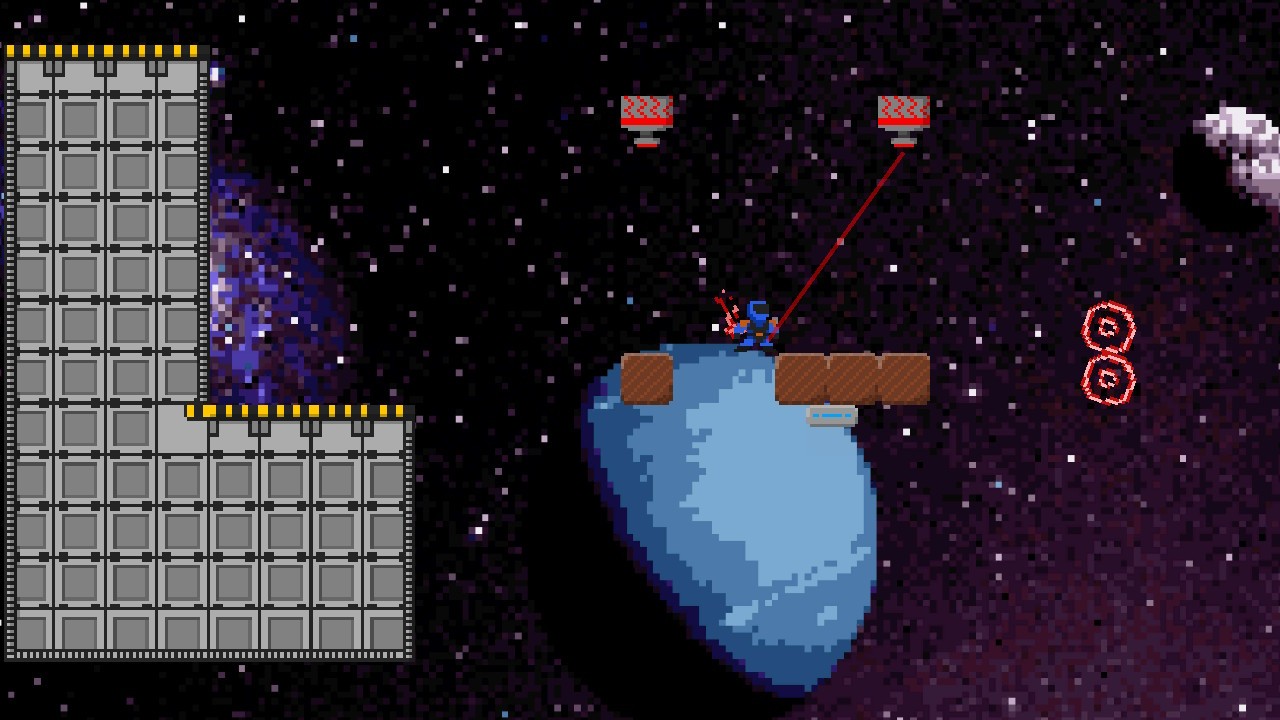 Space is a vast and lonely place, and Cosmonauta only emphasises this. Despite there being no obvious story or quest log, you follow the journey of a lonely mega man-like replica as he faces trials to get back to his ship. This 8-bit platformer not only entertains, but it also challenges you to the point of no return. After all, in space nobody can hear you scream (at your tenth death in a row).

Within the game you only use three controls, these being the left joystick, the B button and the plus button. These may seem simplistic, but for the small platformer that the game is they are, but each serves well in its purpose – allowing for smooth, responsive movements. Trust me, as you get into the later levels you will need responsive controls.

The difficulty throughout the game increases as you play, leaving no option to change it yourself; although I don’t believe there is any real need to. Each level throughout the game not only provides you with a lot of trial and error-based challenges, but it also houses its own obstacles. These comprising – lasers, missiles, spikes or moving platforms that never fail to leave you wondering how to approach each task. 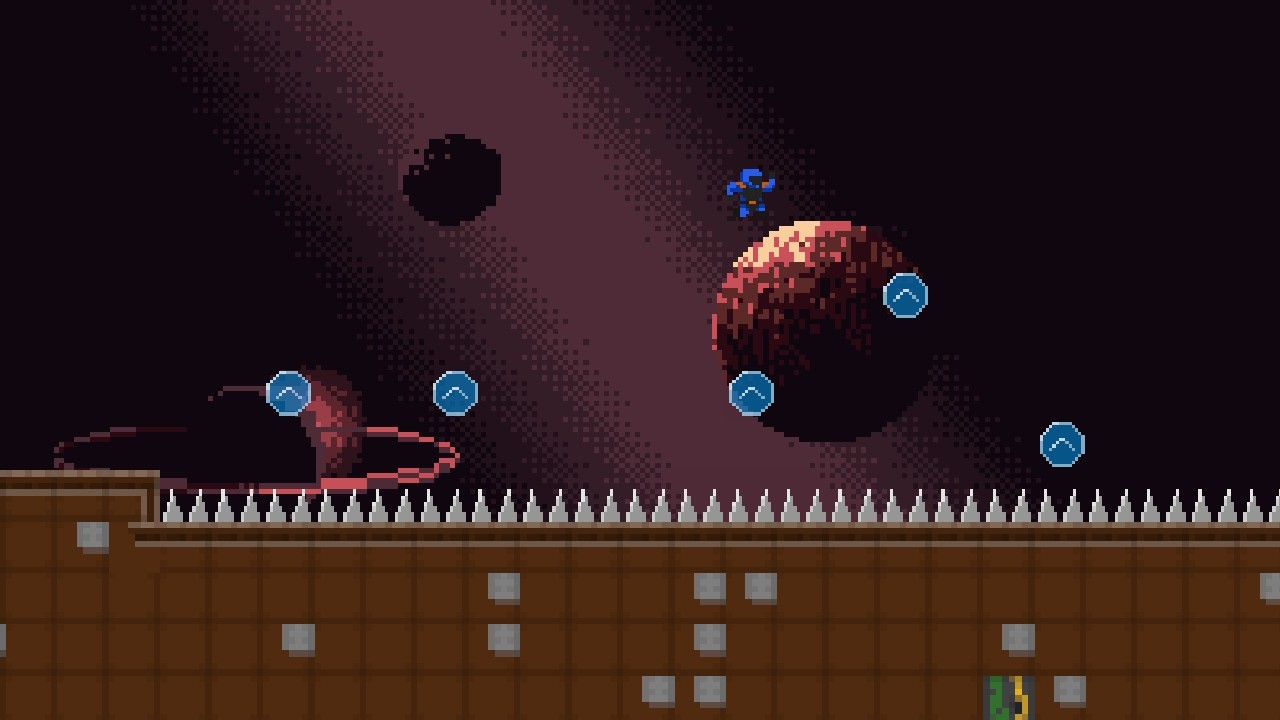 One thing the levels do not have, however, is a form of power-ups – the only thing that you may pickup is a jetpack, but I found this more underwhelming than anything. The B button controls the jetpack too, but it can often leave it difficult to use until you fully get used to it, navigating around obstacles if left feeling more like a pain than anything enjoyable.

A couple aspects of the game that remain consistent throughout include the background and the music. The use of the fixed background is extremely effective, the pixelated planets, not only leave you feeling immersed within the space setting, but they also fill out the world slightly (making it feel more alive).

The music within the game is also one of my favourite aspects of it. The use of synth notes and drum beats are a nice reminiscent shout out to the many 8 and 16-bit platform games from the early 90s. These are, I believe, complete the setting. The music not only sticks with the sci-fi genre, but it is also calming and almost representative of the emptiness of space and the sense of loneliness that comes with the solo player; it is also a funny contrast to the stress caused by the levels. 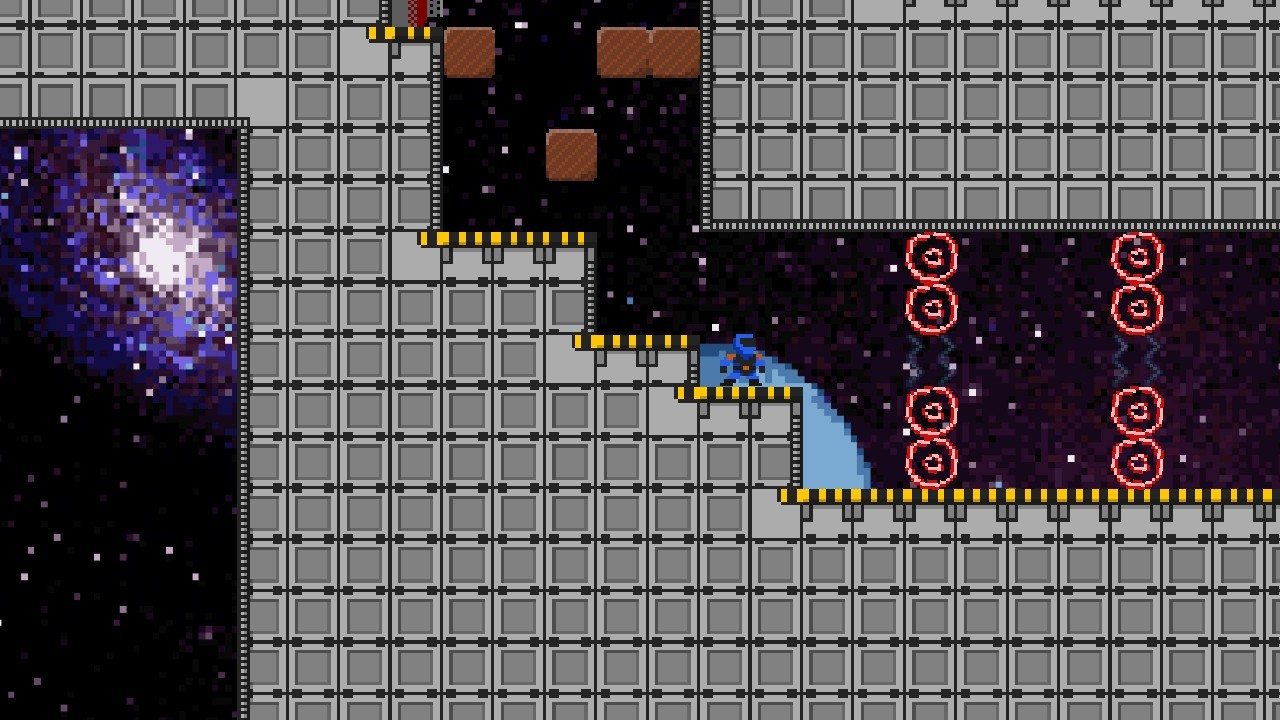 A minor problem that I noticed within the game is that the music seems to stop randomly. The only way to fix this is to go into setting and turn all the volume sliders up manually. It really isn’t too big of an issue in the grand scheme of things, but it does become tedious after a while and it also breaks the player’s immersion. Despite this, I did genuinely enjoy playing Cosmonauta. The positives of the game really stand out within the genre and the challenges that come with the levels leave you going back often to overcome them.

For the Nintendo Switch in particular, it is a great fit, allowing the user to simply pickup the game and play when it suits them – rather than needing to play for long periods of time as you would with a AAA title. It is worth replaying after you’ve finished? Absolutely, the puzzles never really seem to get old since (unless you’re an experienced platform player) there is no skill required and most it simply relies on trial and error. Cosmonauta is a game that I will definitely come back to.

The positives of the game really stand out within the genre and the challenges that come with the levels leave you going back often to overcome them.