First of all I’d just like to say it is a great time to live in when we have so many viable and quality options to choice from in the world of VR. Now that’s out of my system let’s talk VR in general, VR is supposed to allow the player to feel as if they are in the location they are playing in. It can be first person which is the most popular camera angle for VR, others have decided to go down a different path with third person VR which can be very immersive in its right. Again some go with traditional controller gameplay while others have chosen to be a bit more hands on with motion controls hoping to give a more natural feel. From what’s been said before you can see that VR is going to deliver many different and unique experiences and it’s one that should definitely be experienced at some point as it is here to stay as a new platform for games.

Now on to the subject of this review the PlayStation VR (PSVR). The PSVR is the first real VR experience available on console, released with a launch line up of 30 games that either we’re in full VR the whole game or included content that was in VR. Some of these games have been released prior to PSVR and will need an update to enable the VR content while others have it in the game already. 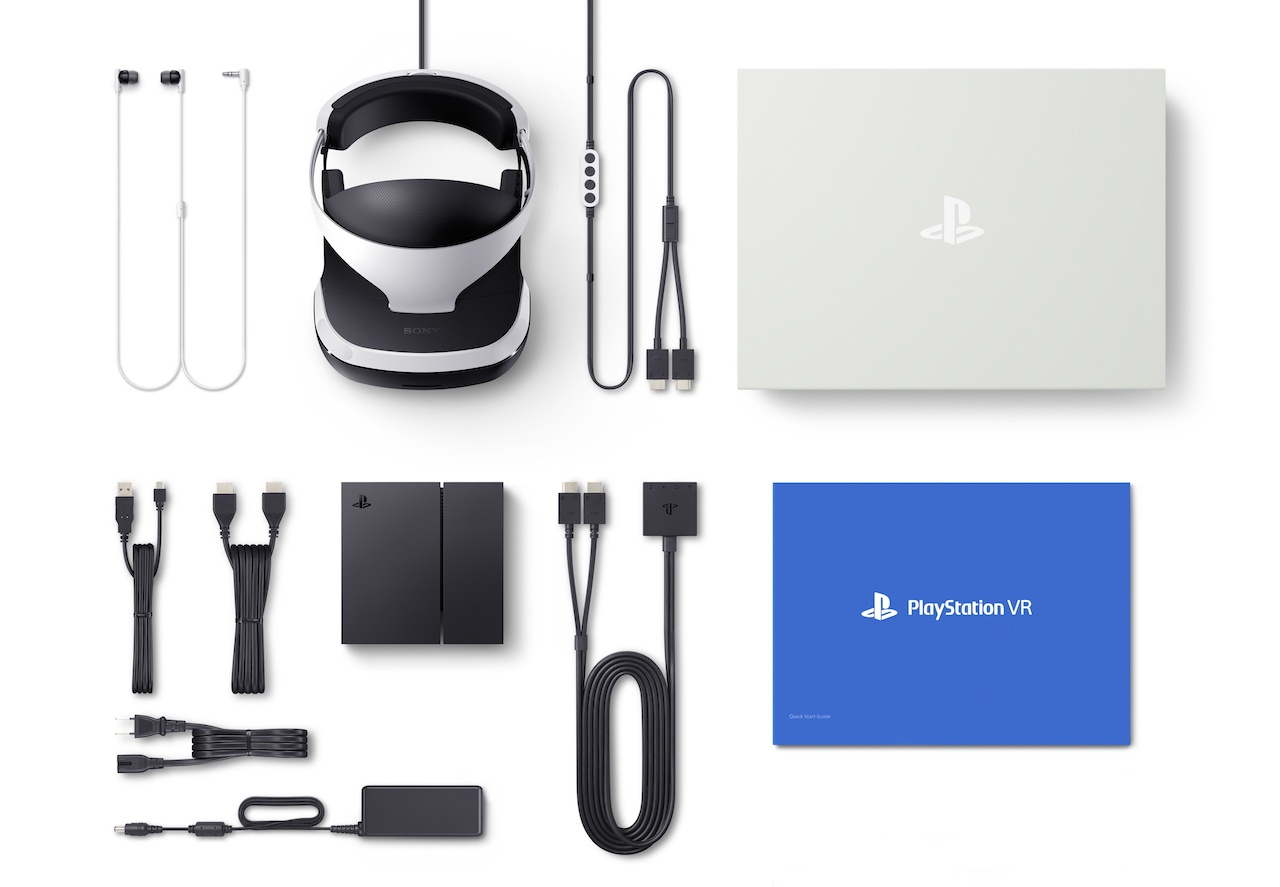 What’s it like to set up the PSVR? Well it’s not that easy, the box contains a multitude of cables and thankfully the people at PlayStation had the foresight to number all the cables and to have a nice large print quick set up manual to show you exactly where every cable is supposed to go and yes it may be a bit messy and the OCD among us may run into some anxiety inducing problems but it’s mostly painless and is a simple processes once you wrap your head around it (may take up to 30 minutes for that to actually happen, well in my case). I had already set up my PS4 Camera and my Move controllers, which were the PS3 versions which work perfectly except you need a mini USB cable handy. Once that was all done I had my own Darth Vader moment of putting the headset on and clicking the on button in the cable, unfortunately there was an update for the PSVR so that moment was delayed a minute longer.  And finally I was seeing my PS4 menu in VR on what Sony is calling Cinematic mode where you see the normal output of the PS4 in what feels like sitting and starting at a huge screen hence Cinematic mode.

Now that it’s set up let’s address the comfort. I have tried the PSVR a few times over the past few years and every time it was very comfortable and wasn’t at all incurring any pain on my face that I knew of at least. So putting it on; the PSVR has a unique way of putting it on your head, there’s a button on the back of the strap that allows you to pull it wide open and slip your noggin through, if still a little loose there is a dial in the back to tighten this around your head giving you and nice vice like grip around your cranium (don’t worry its cushioned so it feels good). The front box like section that houses the lenses is adjustable too allowing you to move it closer or further from your eyes/face to find the perfect spot to where the image looks sharp. I also found myself using this feature to see my phone or just a little peek as to check I wasn’t being robbed while in VR. Just a quick note but the gadget itself is quite pretty and looks fantastic on a shelf too when not in use, unfortunately can’t say the same for the cables. 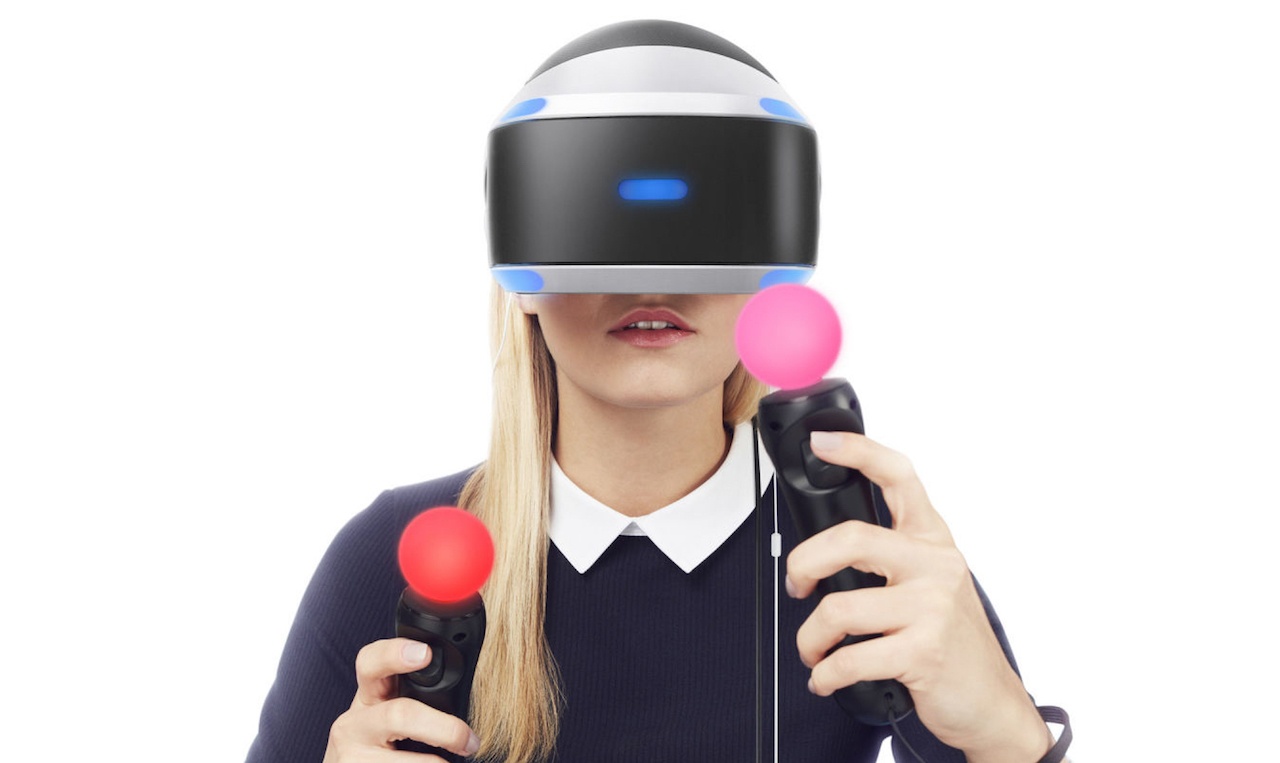 Now to talk games. I was able to give most of the games a quick spin around and found all of them to be ranging from acceptable to fantastic (Playroom VR was gorgeous). This has been said multiple times before and I’m going to say it again, the PSVR requires the game to be rendered from two different angles to give the 3D VR illusion and that means it needs double the power to render one frame than it would on a normal console game. That means visuals are basically limited by this and some games you can definitely see where they’ve had to cut costs to keep the framerate up, these are usually realistic looking games; primarily DriveClub VR. This is to be expected of any VR game but games that use a non-realistic art style ala Job Simulator or Playroom VR tend to look much better. The PSVR does deliver variety though with all kind of games ranging from racing, first person shooters, to third person puzzlers. So almost anyone can find something they can enjoy on PSVR, also the PSVR includes a demo disc which consists of 8 different games to try out with other demos available in the PS store. As a final note on gaming in PSVR I would like to mention that I have played it for periods of more than 4 hours and did not feel any fatigue or eye strain.

So on to my grievances with the PSVR. Sometimes I’ll be coming home from a long day of University and just want to have a quick go of VR and when I put the headset on and start playing it’ll fog up due to the heat from my face and it’s a problem since I’ll have to take it off and wipe it and repeat until my body has cooled down. Another issue is some games require more space than others and I found myself having to rearrange the room until I hit the sweet spot of spatial VR area. A small issue that can be bypassed is playing normal games in Cinematic mode; when doing that the resolution is lowered very much and is very noticeable so I’d find myself taking the headset off and just playing on the TV. 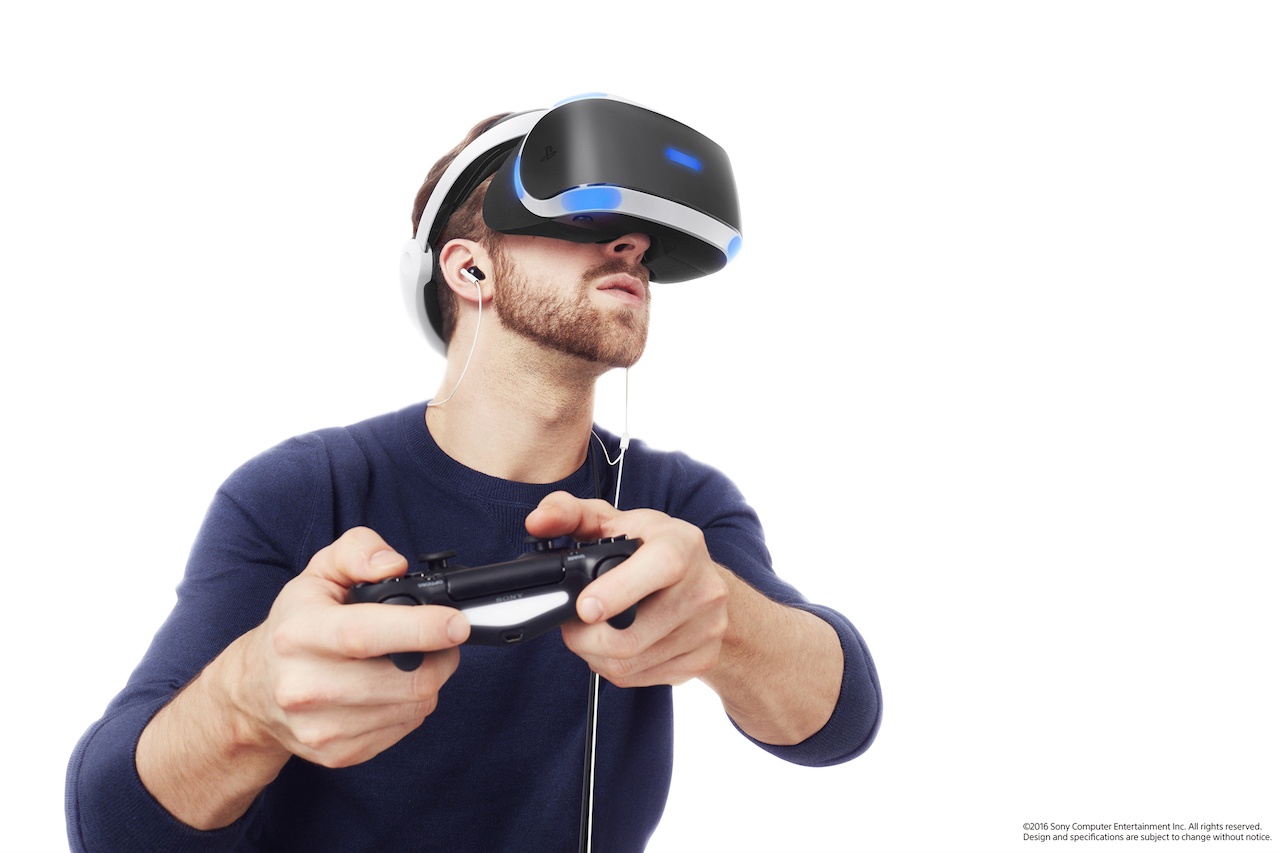 Now for the final word. The PSVR is an advanced piece of kit that is a fact. It provides a fantastic way to play in Virtual Reality on your PS4 and does a pretty good job of that which can’t be said for any other headset. The PSVR comes with a great line-up of varied games with many more coming out in the near and far future, so I feel it is a solid investment in the future of gaming. The machine does come with its own issues too from a mess of cables to foggy lenses but they are heavily outweighed by the pros of the PSVR. I would say the PSVR is a great step in the right direction and a fantastic first step at that and gives us a look at the bright future of Virtual Reality on PlayStation.