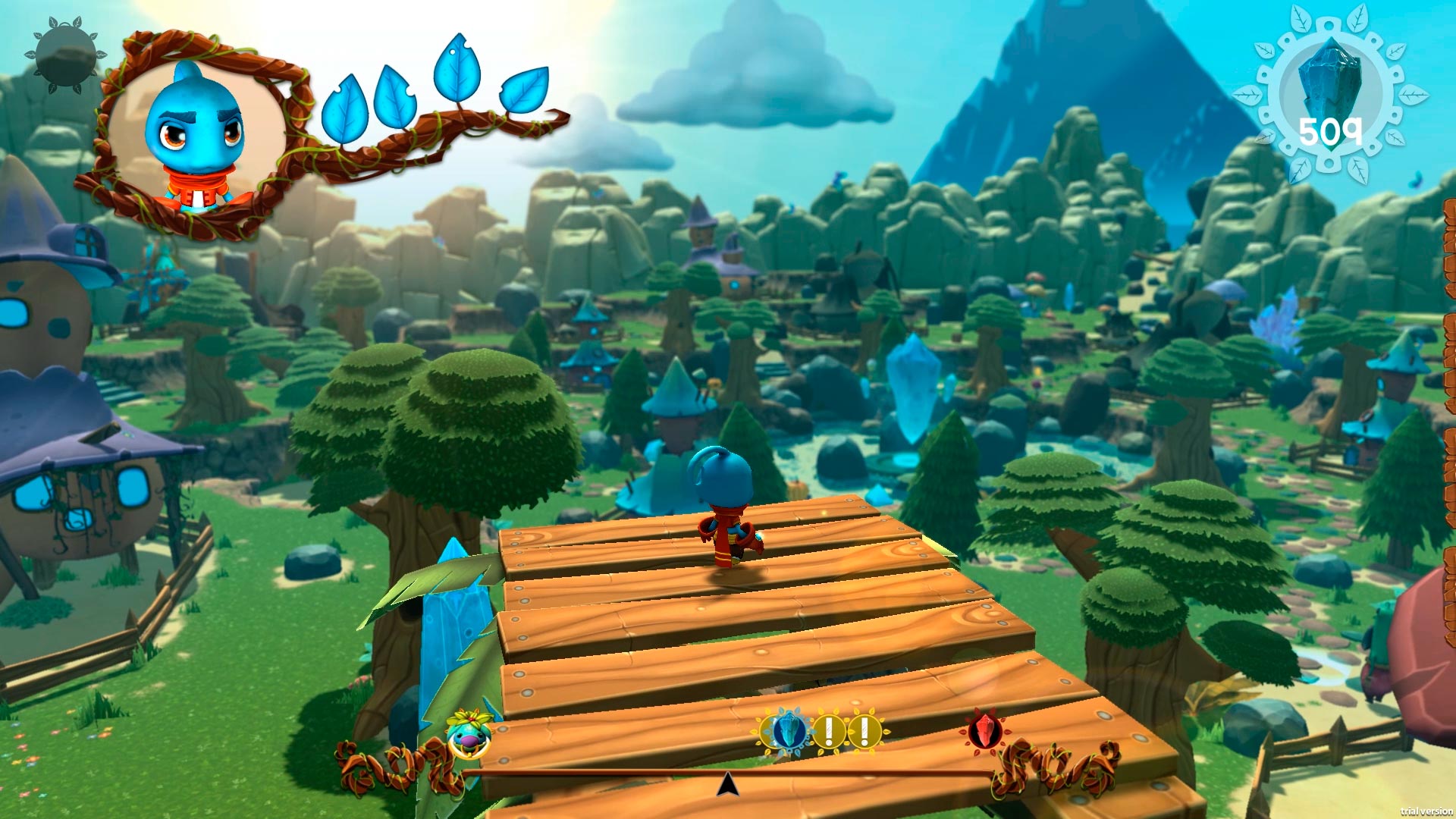 Ginger: Beyond the Crystal plot concerns itself with a world that has been devastated by a crystal explosion. There is also an impending threat that hangs over the world so a Goddess creates a small baby like hero aka Ginger to help purify the many crystals that inhabit the land. There are 15 levels to progress through across 3 towns. Ginger: Beyond the Crystal plays as a 3D platformer which should bring back memories of games like Spryo The Dragon and Banjo-Tooie. A few years back 3D Platformers were really popular but these days it appears to be a genre that’s lost a little love. 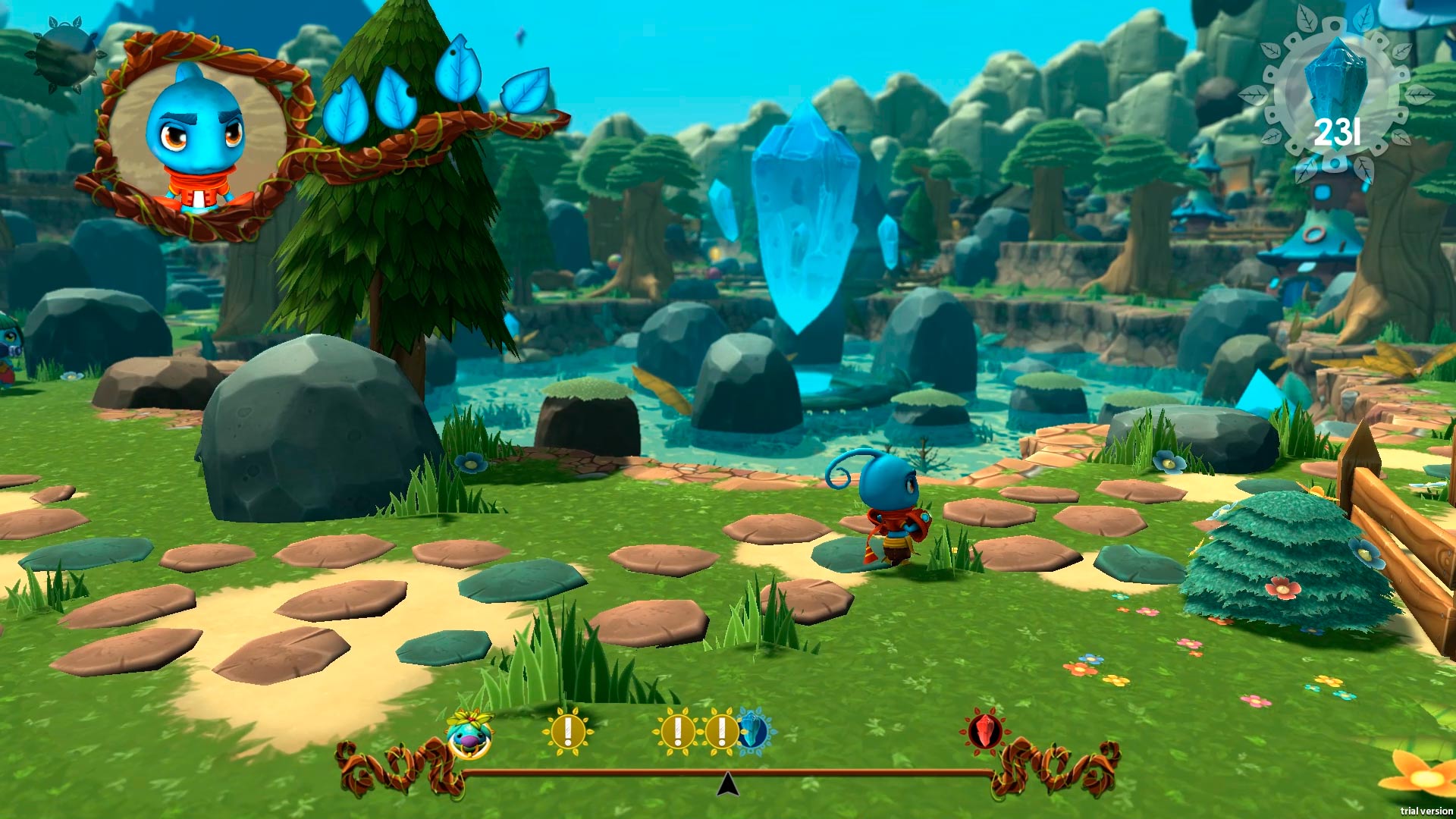 The main idea behind Ginger: Beyond the Crystal is rebuilding the towns which is achieved by purifying crystals, saving villagers and finding resources to build certain building types which increase the happiness rating of the village, once you hit a certain level of happiness then you can move on. The town elements feel like a world map, well more a village map where you can help the locals by completing quests such as running races or finding apples/carrots. You are then rewarded with resources such as wood and stone which can be used to build specific buildings, these resources can also be easily found on the very insightful village map or via the various levels that you need to complete. Each property increases the villages happiness rating so you need to decide whether to go for a quick win or look for more resources to build happier building. There’s also a shop where you can buy items which again help increase happiness. There’s quite a bit of depth to Ginger: Beyond the Crystal considering the amount of things you can do.

Ginger: Beyond the Crystal also requires you to purify crystals that appear in the villages and are also found on the different levels. Levels range from forest based to underground mining tunnels. This is where Ginger: Beyond the Crystal becomes more linear because for you to pass certain sections and reach the end you’ll need to satisfy certain conditions. Along the way you come across different outfits that you keep that allow you to perform certain abilities such as fire-breathing which allow you to reach previously unreachable areas or items. This means you’ll have to go back over previous levels once you’ve acquired all the outfits. It adds some variety to the gameplay and longevity as you’ll want to go back and replay a level to get an item for your collection. You have to fight various themed enemies as you battle through to the crystals, they’re all fairly forgettable and easy to beat but the variety is plentiful. Ginger: Beyond the Crystal is a very colourful game which would really appeal to the younger market, although the depth would entertain a lot of adults. 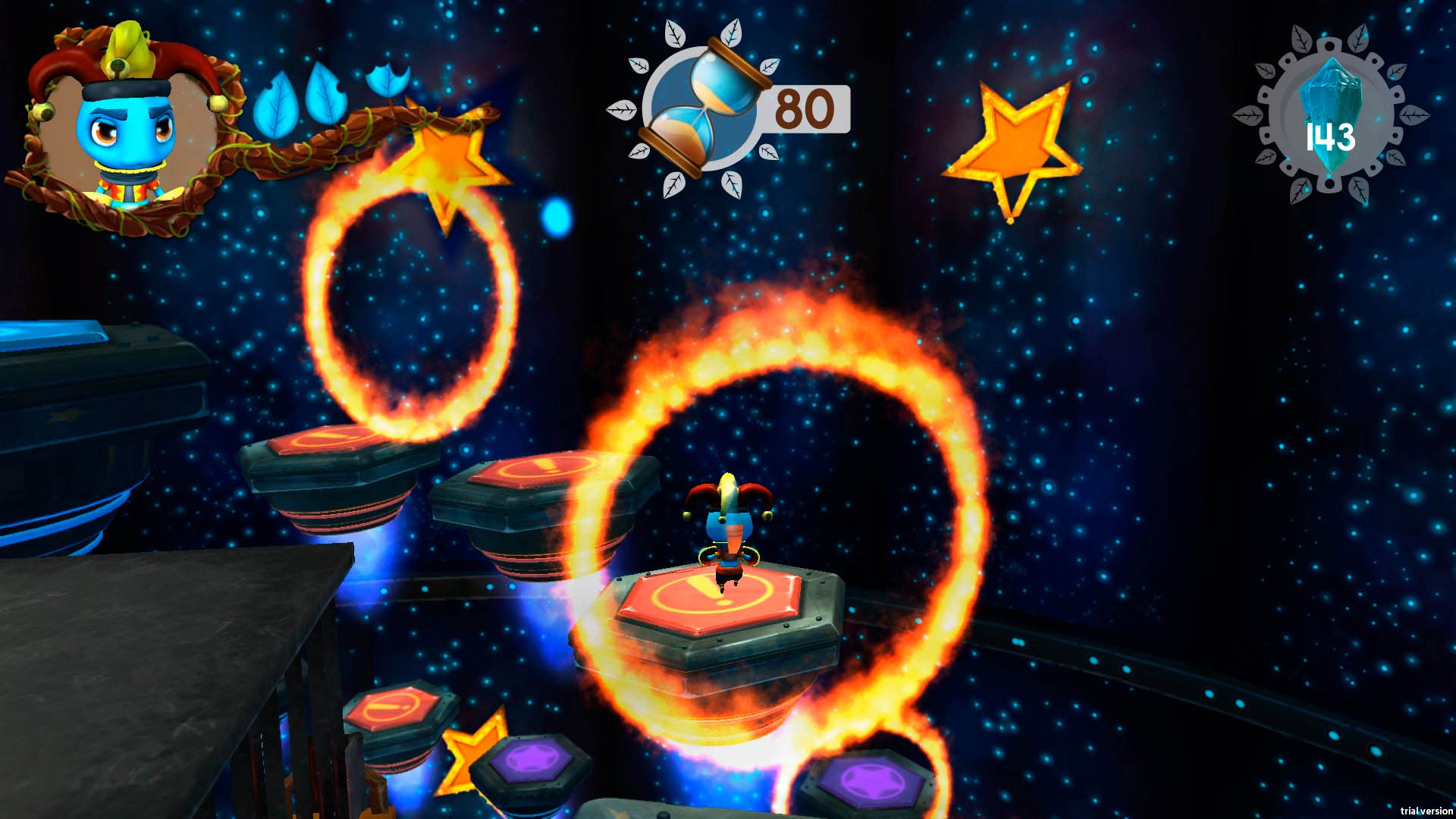 The biggest issue with Ginger: Beyond the Crystal are the loading times…………..what should be a simple transition from one level to another or jump from a village to somewhere else takes far too long, so long that it really detracts from Ginger: Beyond the Crystal. You can go make a cup or tea or even go do some shopping because that’s how long it takes some levels to load. There are a few annoying glitches that are really noticeable on the stages where you need to jump across moving platforms. You’ll appear to make a great jump only for Ginger to fall through some invisible gap to your demise, which is further exacerbated that you need to restart the stage from the beginning.

Ginger: Beyond the Crystal is a fun game held back by some serious loading issues. Whilst it may not redefine the genre or excel in any one are Ginger: Beyond the Crystal is an entertaining title which will satisfy a lot of 3D platformer lovers. Unfortunately for Ginger the loading and structural glitches knock a couple of marks off what would have been a solid gaming entry. Just one jump too many for Ginger but there is a platform for improvement.