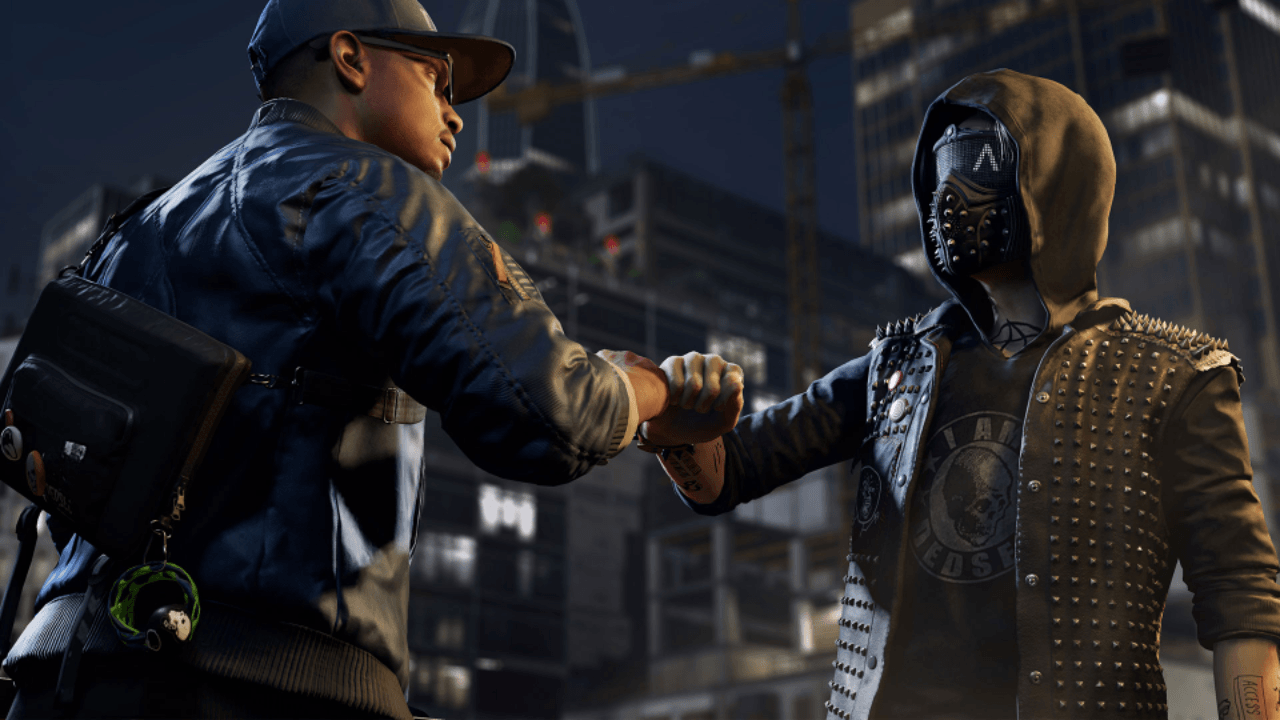 By expanding from the first game and what it’s expansion got right mixing action, stealth, and puzzle gameplay by using handy remote-controlled drones, Watch Dogs 2 really impresses. With its open-mission design allows for more ways for you to get to your objective and even gives you some great handy tools to you find them. I was a little unsure how I felt about the game’s story and characters, but I did have a great time exploring this beautiful Bay Area map which is quite a significant improvement over the original Watch Dogs in each and every way.

Our new main character is Marcus Holloway, who is a very likable hacker vigilantly who’s young, upbeat attitude brings a refreshing feel to the game as opposed the very dowering Adan Pierce. He and his gang of Dedsec hackers throw around nerdy banter — and  when they’re not being obnoxious — generally come across as ideal activist against the surveillance state, which is kind of the problem in a genera built around over the top balance. I find it a little difficult to see Marcus as a killer, and unless you’re well experienced with stealth games , and using the slow-firing, none-lethal, stun gun you’re more than likely going to have to take matters into a more violent approach by killing a lot of people, including the police. The way that Marcus goes back to being happy-go-lucky in every cut-scene after commuting a dozen murders and not feeling at the least bit concerned by his actions was something that just seemed off. 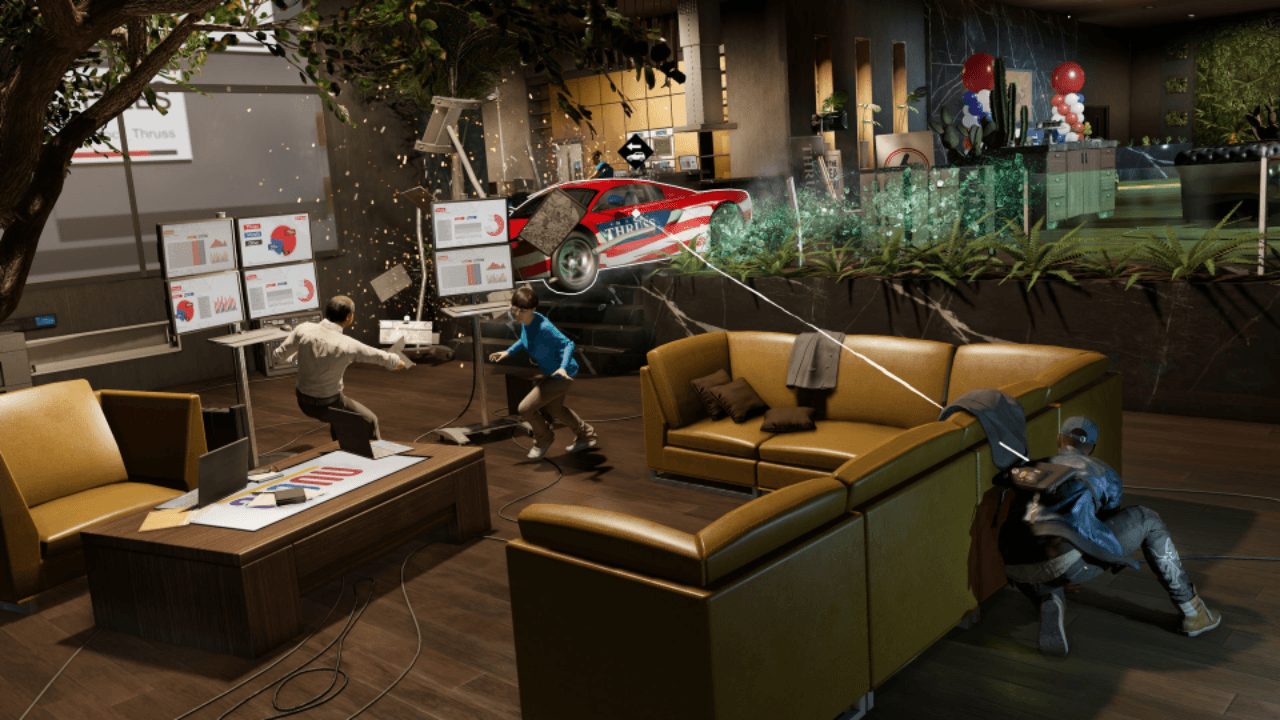 Stealth in this game is encouraged by both Marcus’s personality, and the level design. Most of Watch Dogs 2’s missions revolve around breaking into secured locations in the open-world map and stealing information and it does an excellent job making them feel open, and flexible and there’s usually more than 1 way into any location, especially when you use your hand drones to sneak in thru small spaces. Stealth feels, but good, but it would better if you were rewarded for pulling off a job completely undetected. When you get yourself in loud situations and the AI’s aggressively work together to flange you have more options to surpass your enemies than just your standard selection of guns. There’s a decent hand-full of hacking abilities, one of which is one of my personal favorites where you call in angry gang members, or cops by sending them false information. These powers are much more flexible, and more versatile than in the first Watch Dogs, and they even add a nice little twist on the otherwise conventional third-person shooting.

Marcus may be the main character of the game, but the big star of Watch Dogs 2 is its open-world map of the San Francisco, Bay Area. It’s large, but it is filled with all the recognizable landmarks and none of the traffic jams. It’s a rather fun, and divers place to explore and run a muck, and it’s filled with dense environmental puzzles and optional combat areas as well. There’s some bits of satire in the games details. It’s no HBO Silicon Valley, but they do have some pretty decent gangs. 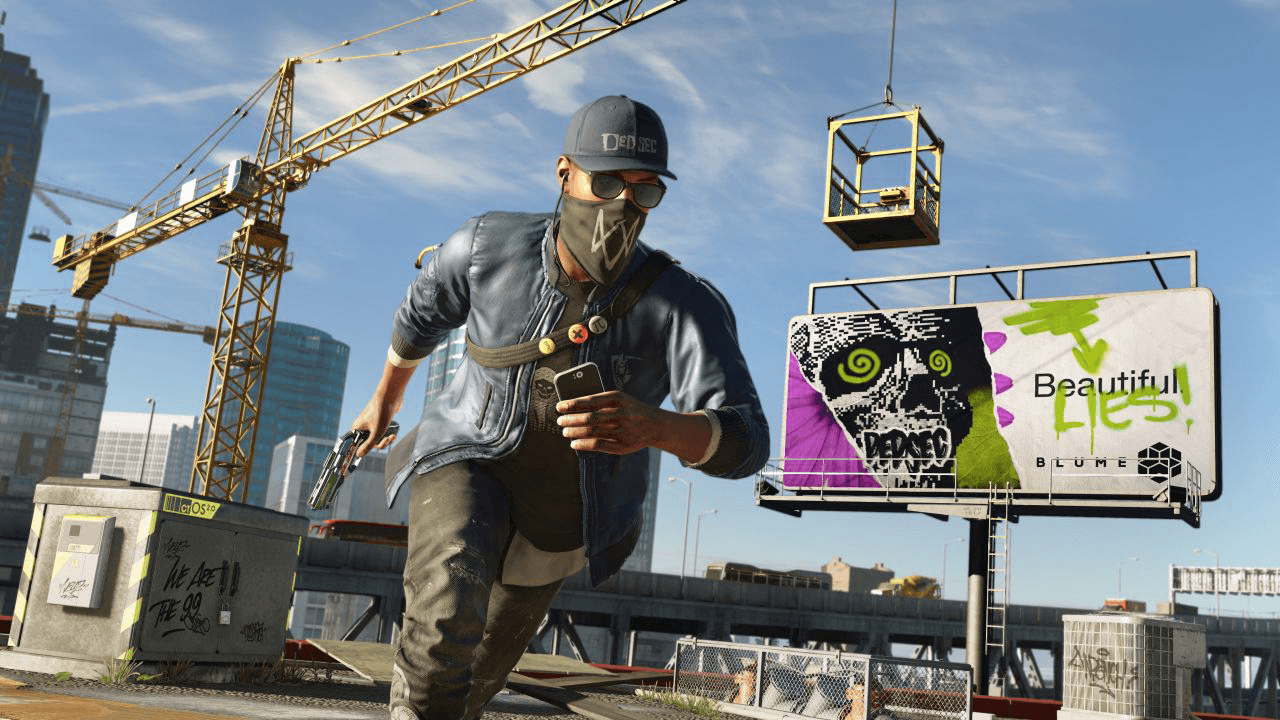 Driving on the other hand is quite arcade and slippery, but it’s pretty fun that you can now hack cars in motion inevitably forcing them to crash. The downside however is when you speed up on a busy San Francisco street the frame rate can struggle a bit. The PS4 handles it much better, but other than that the visual appearances aren’t that obvious.  Other than the hand-full of two player co-op missions, Watch Dogs 2’s multiplayer still doesn’t work a well as I’d hoped; however, when they do connect you they are intense games and mouse. In the hacking mode they can happen unplanned at any given moment as you play — one player attempts to steal data from another without being detected — it’s very similar to the first watch dogs except now you have a flying drone that can rapidly scan everyone in the area. It sort of tips the balance a bit on the defending player which makes it hard to hide when there’s an eye in the sky.

Bounty hunt is an excellent spin-off of the typical police chase. When you max-out your wanted meter — unlike most games where they would call-in the military — here the police call-in other players to try and stop your rampage. All that can make for some pretty fierce chases and it definitely puts your survival skills to the test when you’ve maxed-out all of your upgrades.

All in all, Watch Dogs 2’s distinctive hacking and puzzle solving mechanics do a fairly excellent job at reminding that you’re not playing another Grand Theft Auto clone as you cut through its glorious Bay Area map. Marcus is just a bit too friendly to be believable as the games instrument of destruction, but the flexible missions will usually let you get thru then none-violently if you’re well skilled at stealth, and when it does work the multiplayer is good, and unconventional as well.