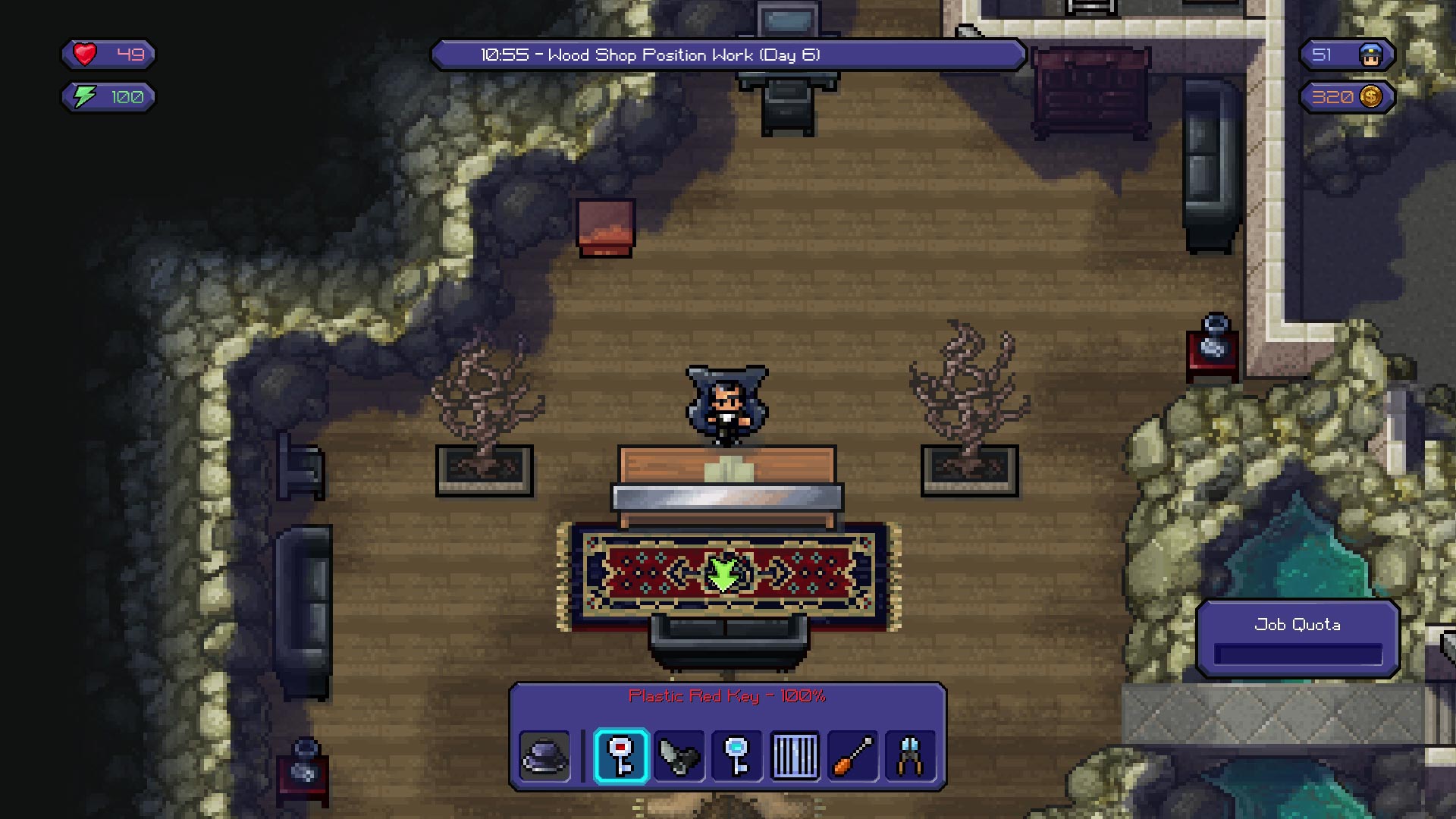 I was an avid watcher of Prison Break when that first hit the screens several years ago. It had a great concept which at its fundamental level was simply breaking out of the confines of a prison. Prisons are a much under utilised facility in gaming, usually you come across mental asylums but rarely do you have to make your way into or out of a normal everyday prison. Well the original The Escapists allowed you to do that released back in 2015. It’s now 2017 and after serving its time The Escapists has got bigger it’s now The Escapists: Supermax Edition!

The Escapists Supermax Edition is essentially a bundle of all the downloadable content that has been released since The Escapists first started its sentence. The Escapists: Supermax Edition bundle includes the original game plus all the following content: ‘Duct Tapes Are Forever’ transports The Escapists to the secret world of spies, evil villains and tuxedos. ‘Escape Team’ sees four characters locked in a military prison for crimes they did not commit.‘Alcatraz’ tasks you with escaping from one of the most famous prisons in the world. As an elf in ‘Santa’s Sweatshop’, sick and tired of bad working conditions and rubbish pay, you decide to hit Santa where it hurts and escape!

If you haven’t had a chance to play the original The Escapists then The Escapists: Supermax Edition is the perfect chance to do the time. For the uninitiated The Escapists: Supermax Edition gives you an insight into everyday life within a prison from a top down perspective. You have to break out of a series of prisons but it’s just not a case of waking up in your cell and making your way to the front door unchallenged. You need to learn the routine, spot a gap in security or take an opportunity to improve your chances of escape. 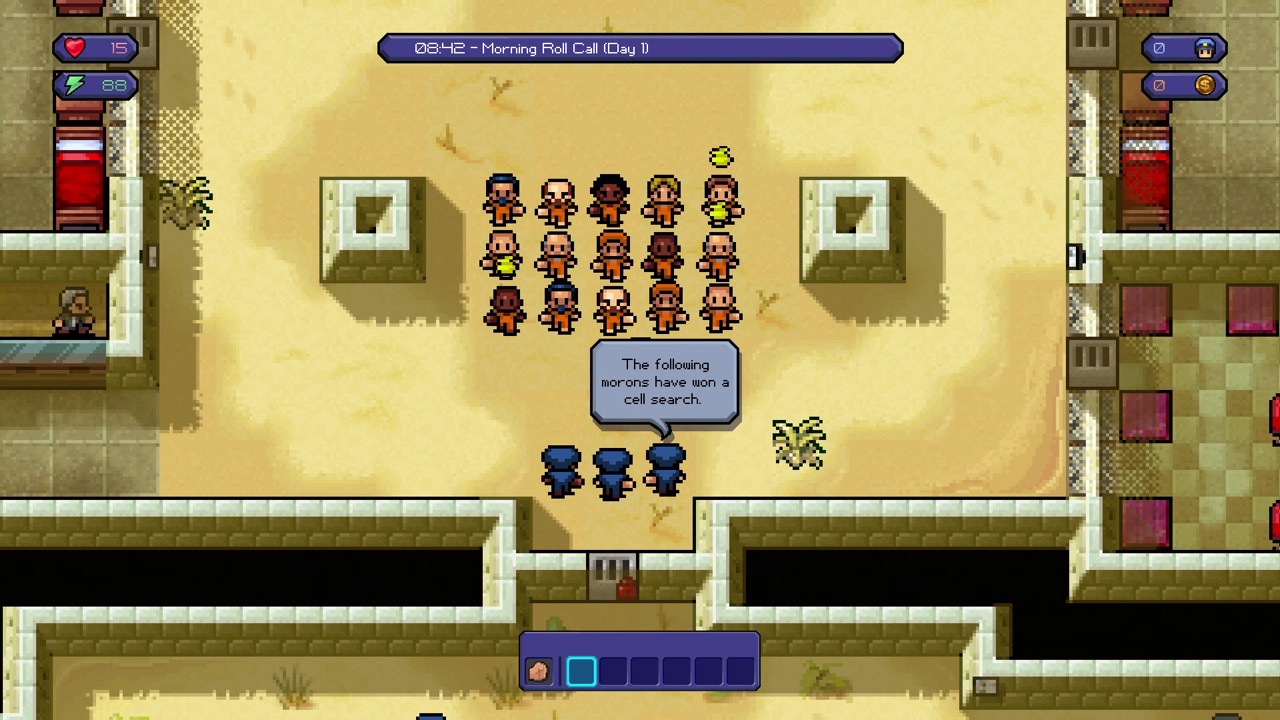 In most cases you have to take your time in The Escapists: Supermax Edition, patience is what is required as each day passes you learn more about your prison surroundings. You spend time and resources befriending prisoners and prison staff to help you get what you need. Sometimes a fellow inmate might want you to shake someone down in return for a gift or sometimes you just need to find something of value and trade it accordingly. You need to follow the rules and keep your strength (well until you find the chance to vacate your current surroundings) so you need to eat your meals and fulfill your prison requirements. If you don’t then you’ll be too weak to escape and the prison staff will start noticing your lack of social inclusion. The Escapists: Supermax Edition does not delve into the murkier side of prison life but offers a lighthearted experience.

Graphically The Escapists: Supermax Edition is very basic, just a bunch of simple pixellated characters in a prison scenario but after a while it still maintains its charm. There are various word bubbles that appear but they disappear really quickly so it’s hard to see what they are actually saying, most of the time it’s prison related jokes but sometimes it’s useful information that would help you in your escape. Fighting is probably the most frustrating aspect, it’s a case of running around and mashing the buttons, there’s not a lot of science to it. 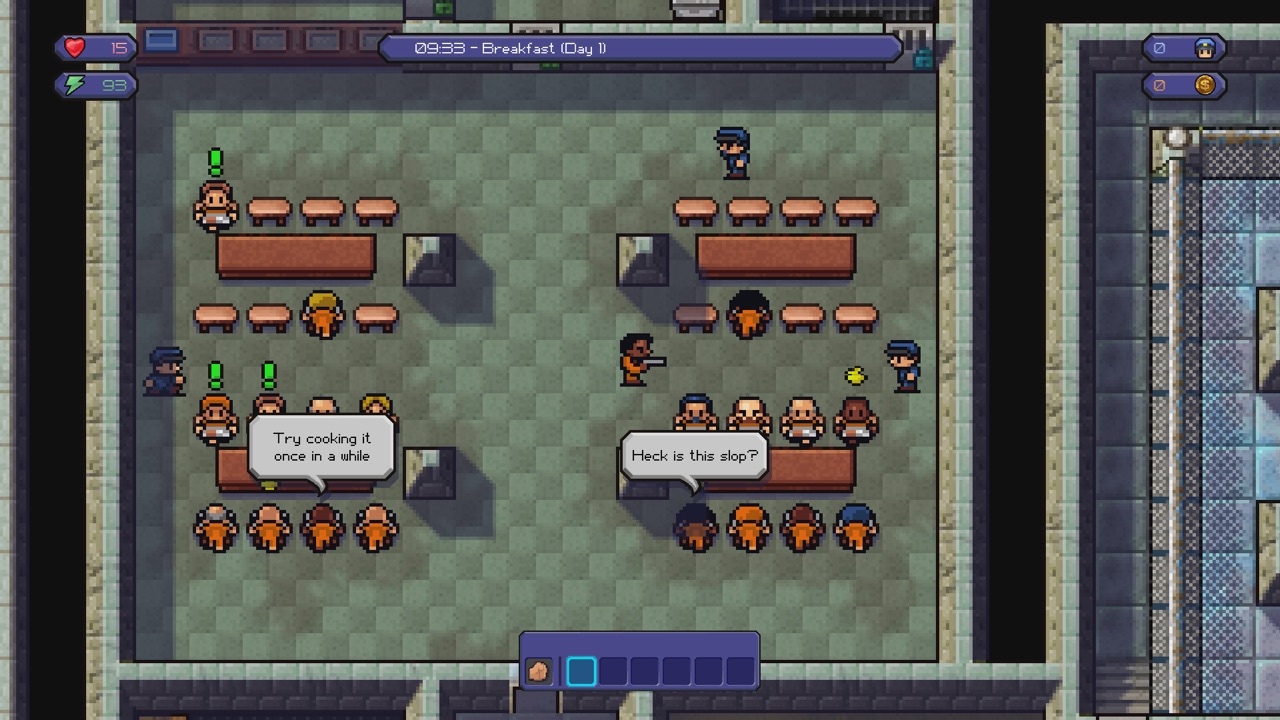 DLC wise ‘Alcatraz’ is a fun if not realistic experience of the worlds most famous prison, it feels like you’re in a pixellated Alcatraz. ‘Duct tapes are Forever’ is a James Bond-esque take on escaping a bad guys base, it’s a fun offshoot of the prison breaking genre. ‘Escape Team’ is quite a fun take on the The Escapists format as you’re contained in a military prison but there is greater emphasis on teamwork because there are four of you confined plus if you’re lucky enough you can include a tank in your escape tactics. Finally ‘Santa’s Sweatshop’ is a festively fun take on escaping the terribly poor working conditions of everyone’s favourite toy maker! None of the DLC makes any great changes but all the extra prisons and craftable items definitely add more longevity to The Escapists: Supermax Edition.