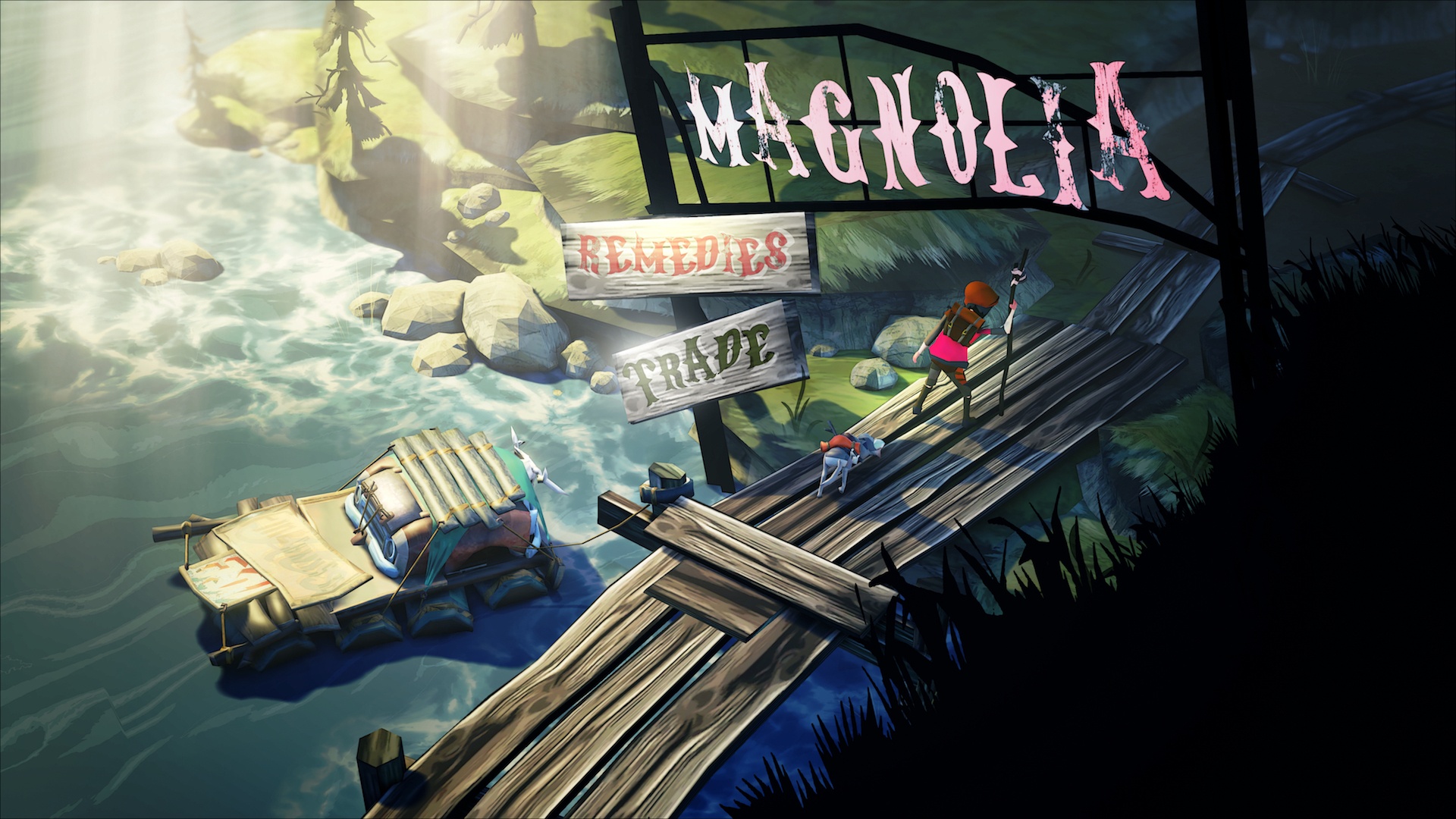 It feels to me as if survival games have been the flavour of the month (so to speak) for the last couple of years now, and whilst many of them end up as anonymous filler in the seasonal Steam, PSN or Xbox sale, a few of them leave a lasting impression. Much like Day Z, Don’t Starve, This War of Mine and a rare few others, The Flame in the Flood is one such survival game. Aside from the way the game handles the survive itself, the unique feature in Flame is the fact that each location that the player can visit is separated by an increasingly dangerous body of water, as referred to in the title.

Aside from survival, Flame tasks players with the primary objective of reaching the source of an unknown radio beacon somewhere downstream. The game offers little by way of a clue as to what happened to the world, but over the course of the game it will become apparent that whatever cataclysmic event did occur, it appears to have been at least a few years ago. The game is played as Scout, who has only her recently adopted dog for company; again, we know little of her past, and this allows the player to create their own story.

There are snippets of information throughout the game that hint at all kinds of possibilities. The game is procedurally generated, so on some plays you might meet a group of feral children, on others you might find irrelevant artefacts that say nothing more than the equivalent of “I woz ‘ere,” but whenever you do find these things among the abandoned churches, barren fields and tumbledown shops, you’ll feel that bit more connected to the unique and interesting physical world of Flame. 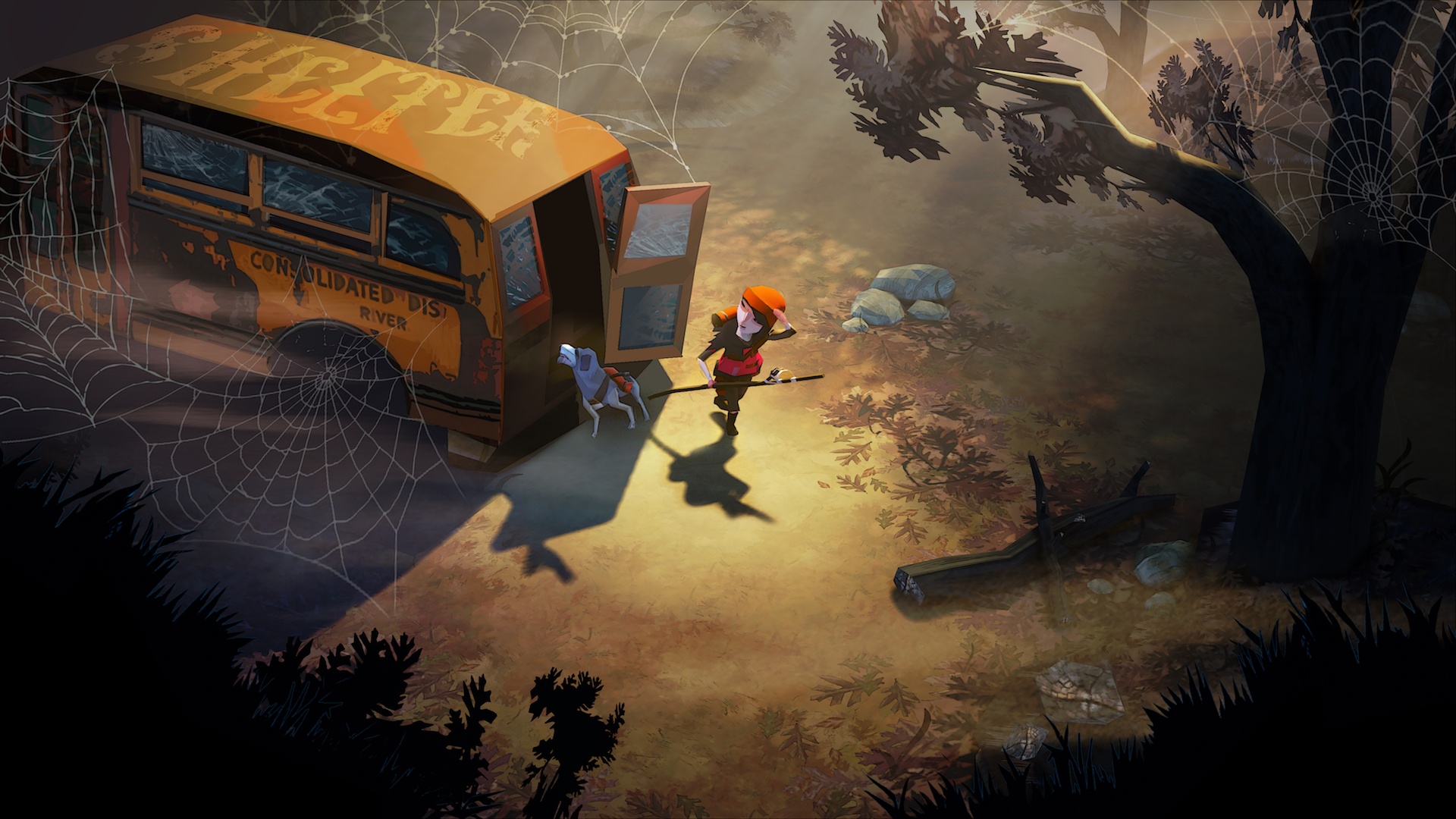 And what a world it is too. Flame not only looks fantastic, with its unique and characterful art style, but it also feels satisfying to play, with relatively little of the outright unfairness that can be common in this genre. Sure, a bad decision can have catastrophic consequences, but you wont need to micromanage hunger, thirst and sleep quite as often as you might in other, similar games.

Crafting is well handled in Flame as well, with most of the focus being placed on deciding which locations you should actually land the raft at to gather the resources you consider vital, rather than actually experimenting with different combinations. More often than not, if you have the components needed to craft something, then the game will offer the schematic for it freely, leaving you only to decide whether you really want to build it or not.

That’s not to say that crafting in Flame is limited, because it certainly isn’t. There are four basic tools to craft that each unlock a range of different possibilities, and they themselves can be upgraded from stone to metal and so on. Beyond that, other options become available when at fires or workbenches, and in addition to tools, clothes, food, healing items and traps, even the raft itself can be upgraded significantly to allow better control, more storage or enhanced durability. 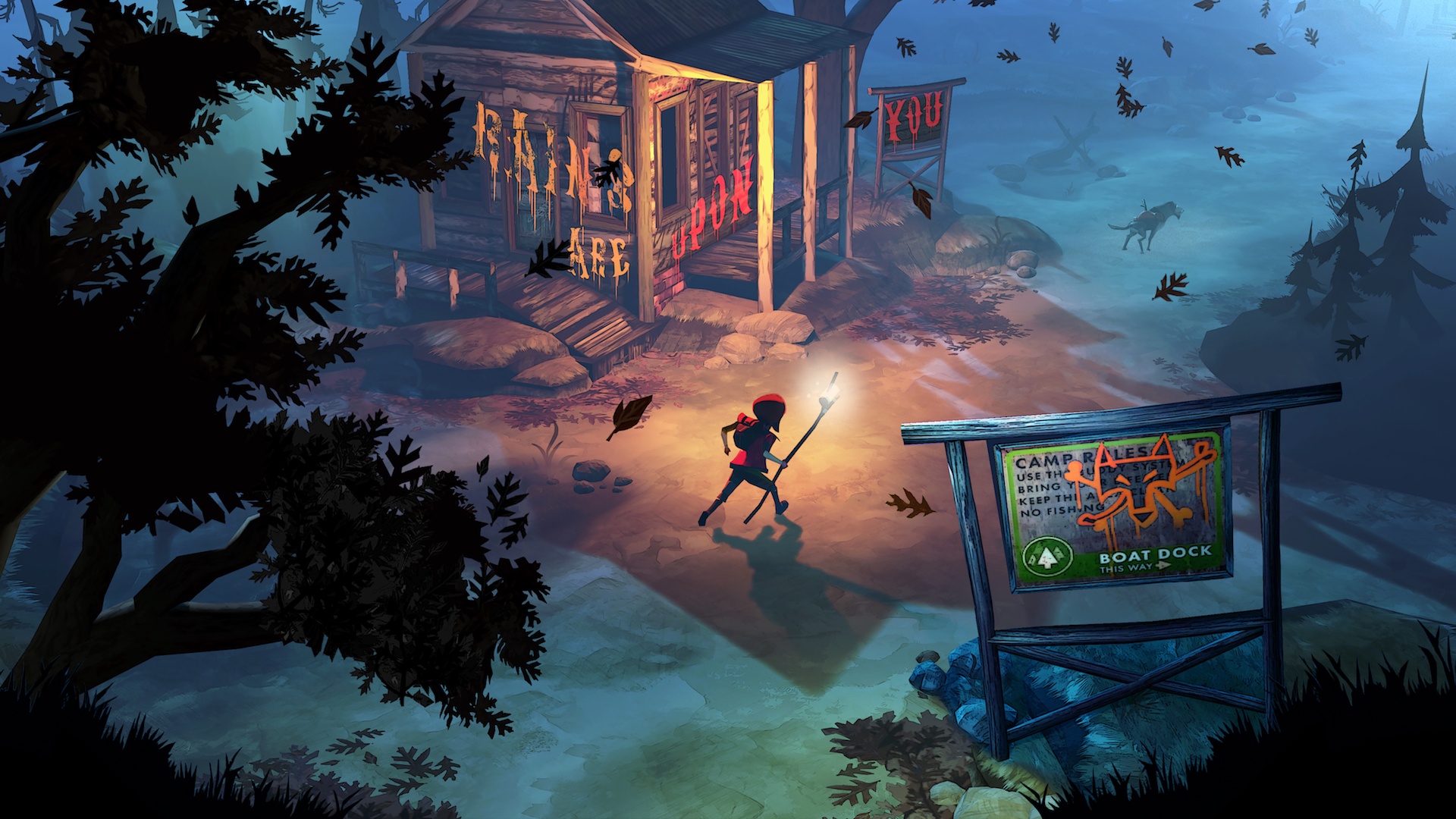 Flame features both a story mode and an endless mode, and there is both a harder, permadeath mode (akin to most survival games) and a more forgiving mode that features checkpoints in the story mode to enable you to retrace your steps should things have gone awry. I appreciate the inclusion of this mode, as the game still feels challenging enough, but it allows more casual players to progress right through to the end.

The structure in Flame is simple, but it really adds to the joy of playing. Rafting down the river is both thrilling and terrifying as flotsam, rapids and storms can put even the best laid plans under the water; but when you aim for that distant camp and make it just in time to cook up penicillin in order to avoid septicaemia, it feels wonderful. The river itself features a wide variety of procedurally generated landmarks, but it is also home to ten different regions, each of which has its own kind of potential spots to stop off at. This really adds to the variety in Flame, and kept me hooked right to the very end.

Flame in the Flood is the very best kind of survival game. It has a beautiful aesthetic that really complements the gameplay, and it expects a reasonable amount of micromanagement from the player without ever frustrating. The dangers on the river are many and varied and range in threat level, but the shrewd player will usually be able to prepare, respond to or use the resources on the river to recover from most dangers, which feels unusually empowering in this kind of game. The story mode is a great feature, and the endless mode a welcome addition that prolongs the experience indefinitely. Highly recommended.