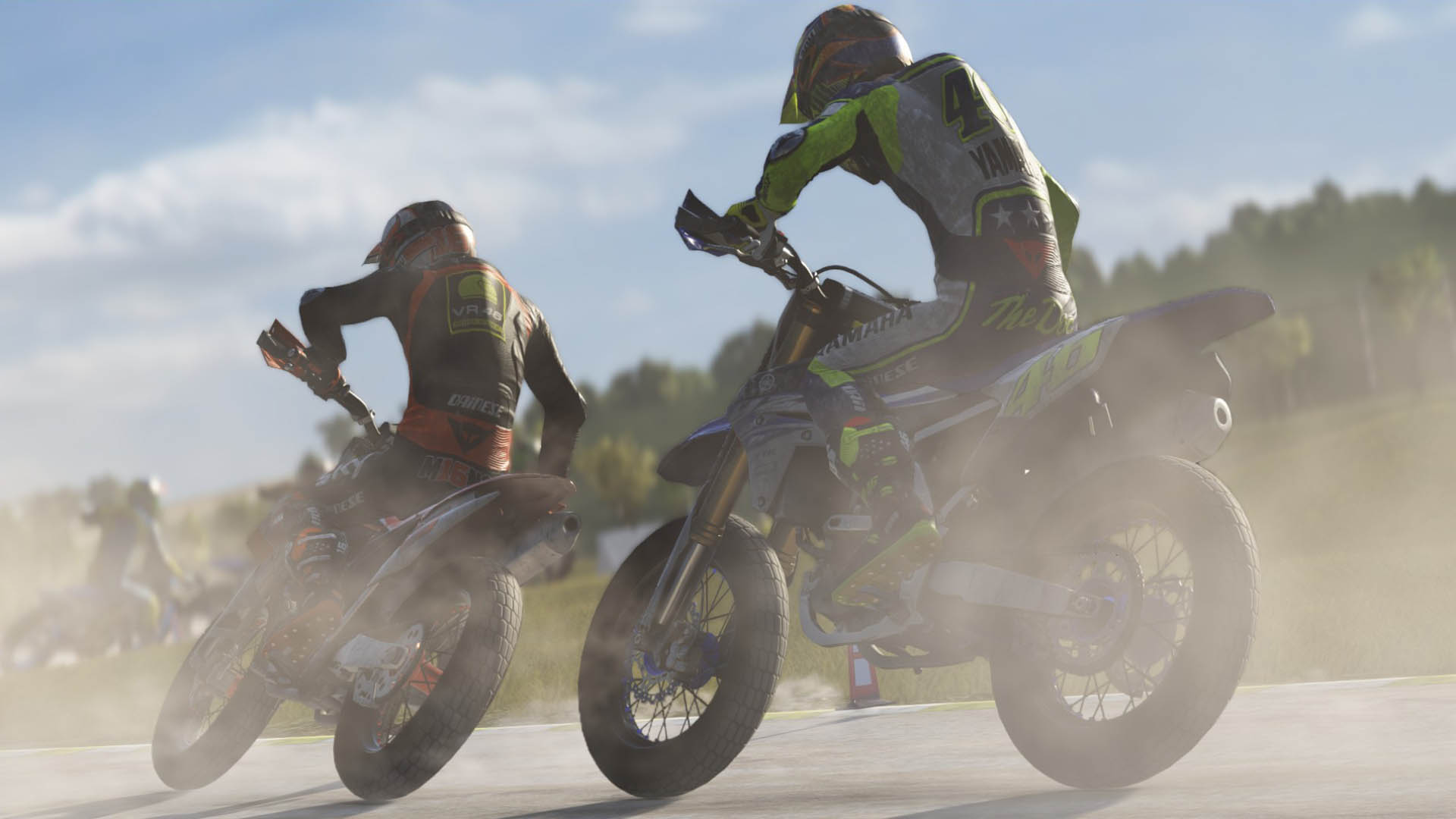 For many fans of MotoGP, the name Valentino Rossi is synonymous with the sport and encapsulates everything that makes MotoGP one of the most exhilarating, unpredictable and, yes, often one of the most dangerous pursuits in the world. If you’re new to the sport however, it’s sufficient to say that multiple MotoGP World Champion Valentino Rossi is widely regarded as the greatest and one of the most successful motorcycle racers of all time.  Fondly known by fans as The Doctor (he has a degree) Rossi has almost single handedly put MotoGP on the world map. During his incredible 16 year career he has notched up no less than nine Grand Prix World Championships – seven of which are in the premier class. With a pedigree of this caliber it is no surprise then that Milestone s.r.l, have unveiled their flagship racing offering dedicated to the man himself, Valentino Rossi The Game Compact.

In this homage to the Italian legend, players will immerse themselves in the Rossi Experience by trying their hand at various iconic moments of his career. This can often mean completing a race in a specified position,  maintaining a lead for certain amount of time or beating a set time.  What really helps to draw the player into the game however, are the priceless pre-challenge narratives voiced by The Doctor himself. During these brief monologues, Rossi explains the background to the challenge and offers an insight into the race that you’re just about to jump into. Short of hopping on to a real superbike this is the nearest many of us will ever get to recreating the success of this racing legend. 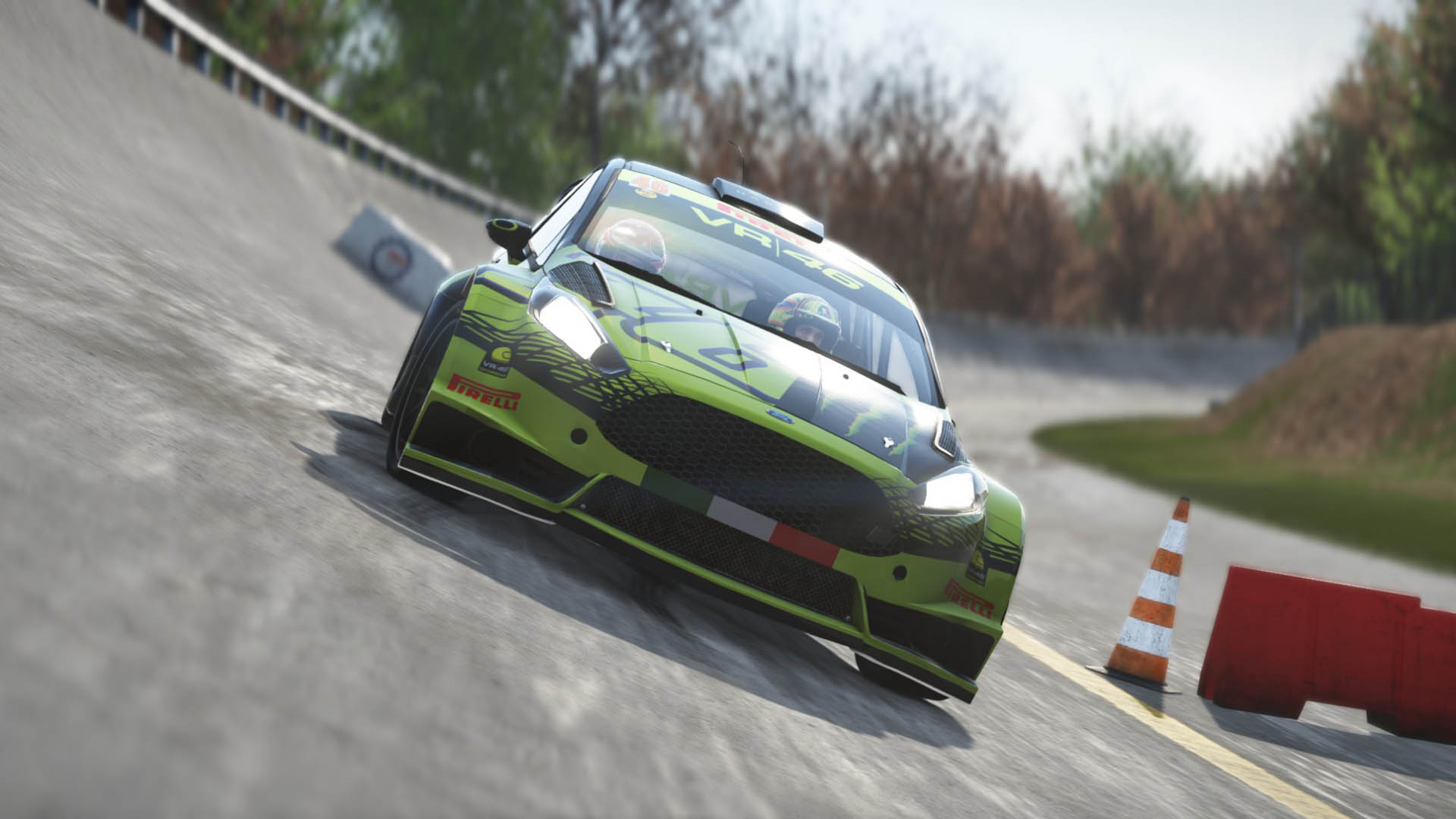 As well as the Historic Events, Valentino Rossi The Game Compact also offers a robust VR46 mode  which  allows you to take part in a number of challenging  Riders’ Academy events including rally driving. Valentino Rossi The Game also includes the obligatory MotoGP career mode which gives you the chance to create your own racer, choose a team and take part in races. As you progress, you’ll work your way through a variety of race types including motocross and rally driving. Place in the top three and you’ll eventually move up from the lower bike divisions and attract the attention of bigger and wealthier sponsors.

Milestone s.r.l  has fine-tuned the in game physics of Valentino Rossi The Game to a point where the bike responds to your controller almost perfectly. This is aided by the much welcome guided setup option which allows you to tell the mechanics how the bikes performing and they’ll take care of the tweaking for you. Excellent.  Handling can make or break a MotoGP game and we’re pleased to note that even with automatic braking turned off,  the bikes are a breeze to control. Rally driving isn’t as smooth, however, but with the majority of the game focused on bikes,  you’ll be hard pressed to find a smoother ride than Valentino Rossi The Game. 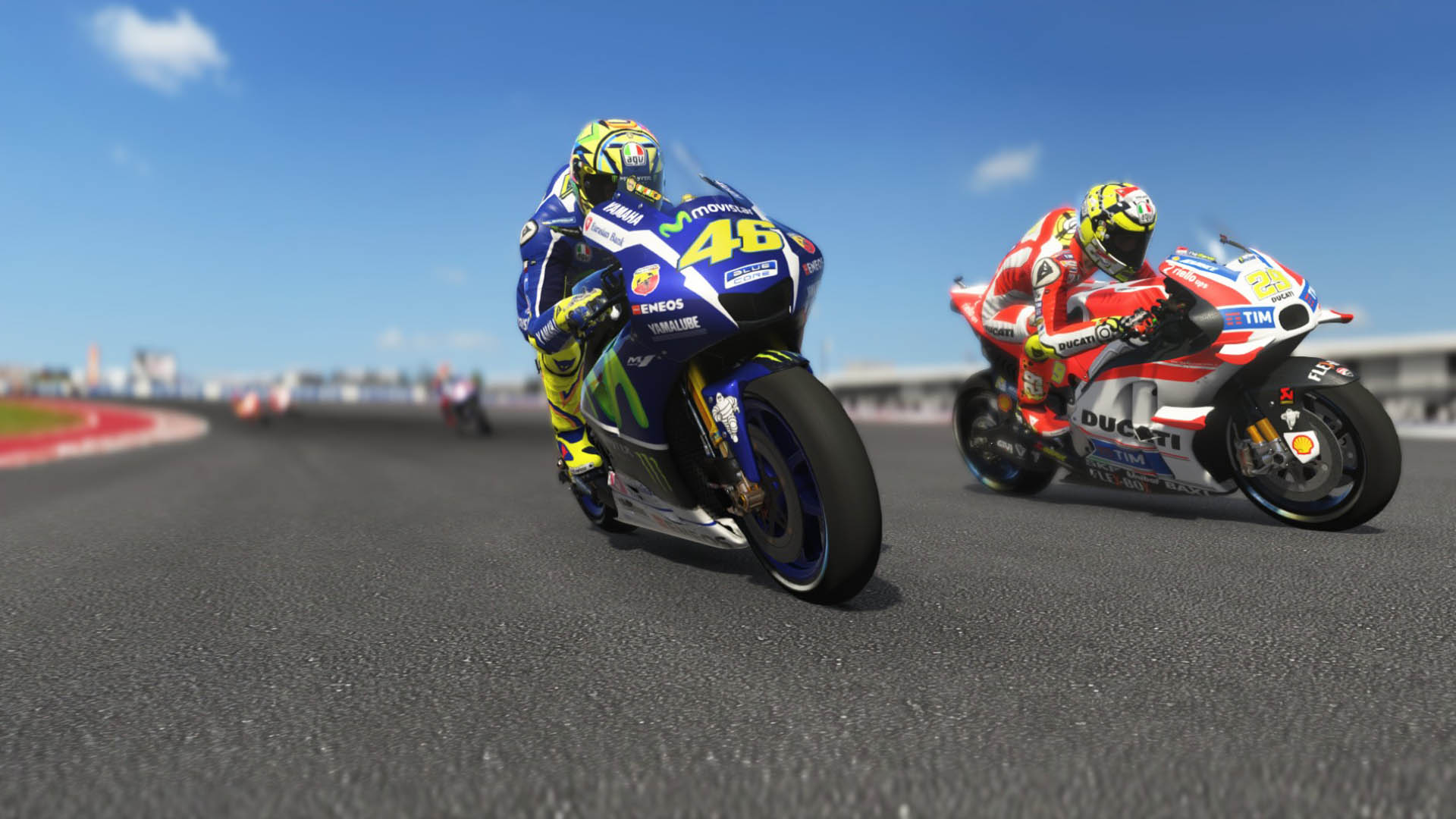 Graphically, Milestone s.r.l have done a fine job in lovingly recreating some of Rossi’s iconic superbikes.    Obviously as riders are wearing helmets during races, you can’t make out their faces, but each of the bikes and their riders are adorned with all of the emblems of their respective real-world sponsors. The tracks themselves carry on the work Milestone s.r.l perfected in their previous MotoGP offerings and each track is both individual and challenging. Racing in Valentino Rossi The Game can be a tense and nail biting affair with the game offering some of the most aggressive AI racers we’ve ever encountered.  Often you can find yourself placing third of fourth because the AI racer has successfully managed to block you in for three or four laps. Luckily the game also includes the rewind option which makes it a breeze to go back and correct your mistakes as you hurtle around corners.

Valentino Rossi The Game Compact also provides a comprehensive multiplayer option with all of the vehicle classes present and accounted for.  Players can host championship races and even vote on their favourite tracks.  A big thumbs up. For anyone even remotely familiar with The Doctor, Valentino Rossi The Game is a must have purchase and an experience that you’ll enjoy playing for months to come. For newcomers to MotoGP, this is probably the best introduction to the sport you can have. Go Buy.