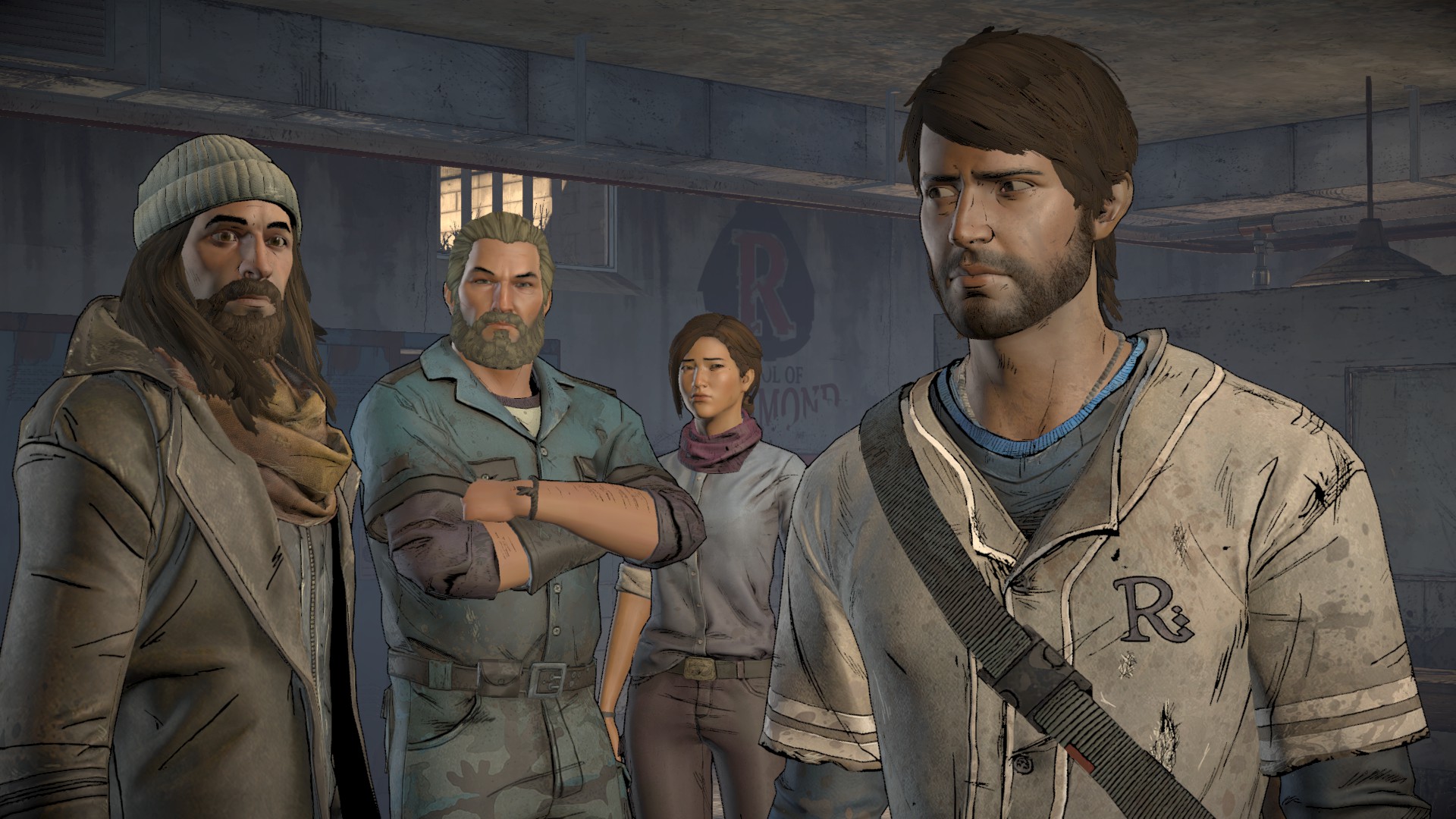 I was looking forward to this, well, for about two months after the first two episodes came out; unfortunately, I didn’t have to wait two months, I had to wait almost four (as does everyone buying these episodes episodically). This made me lose my excitement, and also lose my investment in the characters; I had only just re-gained my motivation for these characters before the episode ended. This is the first time, that I’ve thought anyway, that an episode of the Walking Dead game or any Telltale game has been marginally worse than the others before it.

Episode 3 of this series puts you in negotiations with a mysterious group that’s been causing you trouble since your journey began. But things aren’t what they seem as you have to choose between old family or new friends, and decide where your loyalties lay. You take on the familiar roles of Javier and then Clementine when you take a trip back to the past, but in both cases you’re involved with the community that you don’t know whether to join or fight. 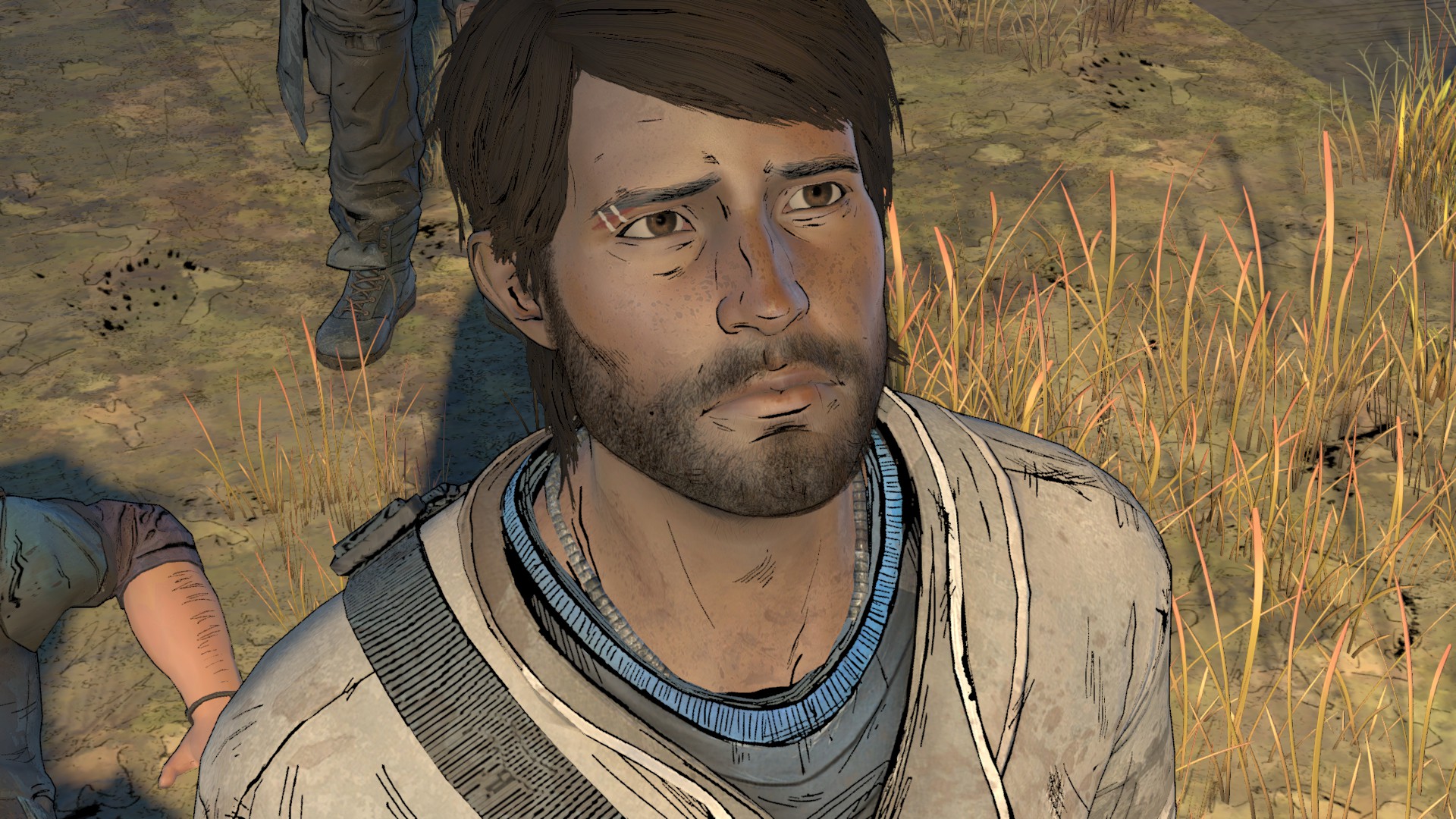 The story, all in all, was decent. It took me a while to get properly into it; but as said before in this series there were the classic Telltale moments of where I had no idea what option to pick. It’s tough even when I apply the logic that “it’s only a game, why are you spending so long deciding?”, so it’s good to know the story telling element of Telltale hasn’t suffered too much from the extended waiting time between episodes. So despite me not particularly being invested in the episode and the characters at first, it still felt like each situation had weight to it; one example being with flashback sequences, as I knew my choices back then would affect the characters in the present. And unfortunately, everyone seems to hold grudges even though it’s the end of the world and it’s been three bloody years.

Another issue I had with the story is that, unlike other episodes, there wasn’t much of a climax or an end goal. There wasn’t much achieved in the episode as a whole compared to the others, it just felt like a bit of a filler compared to the obviously story driven predecessors. This episode just felt a bit bland compared to the others, which I actually really enjoyed. The main disappointment story wise was how abruptly it ended; whereas most episodes in all Telltale games end in a moral-testing choice, this one just seemed to end mid-conversation. It left me unsatisfied and sort of put a bad spin on an already lacking episode. 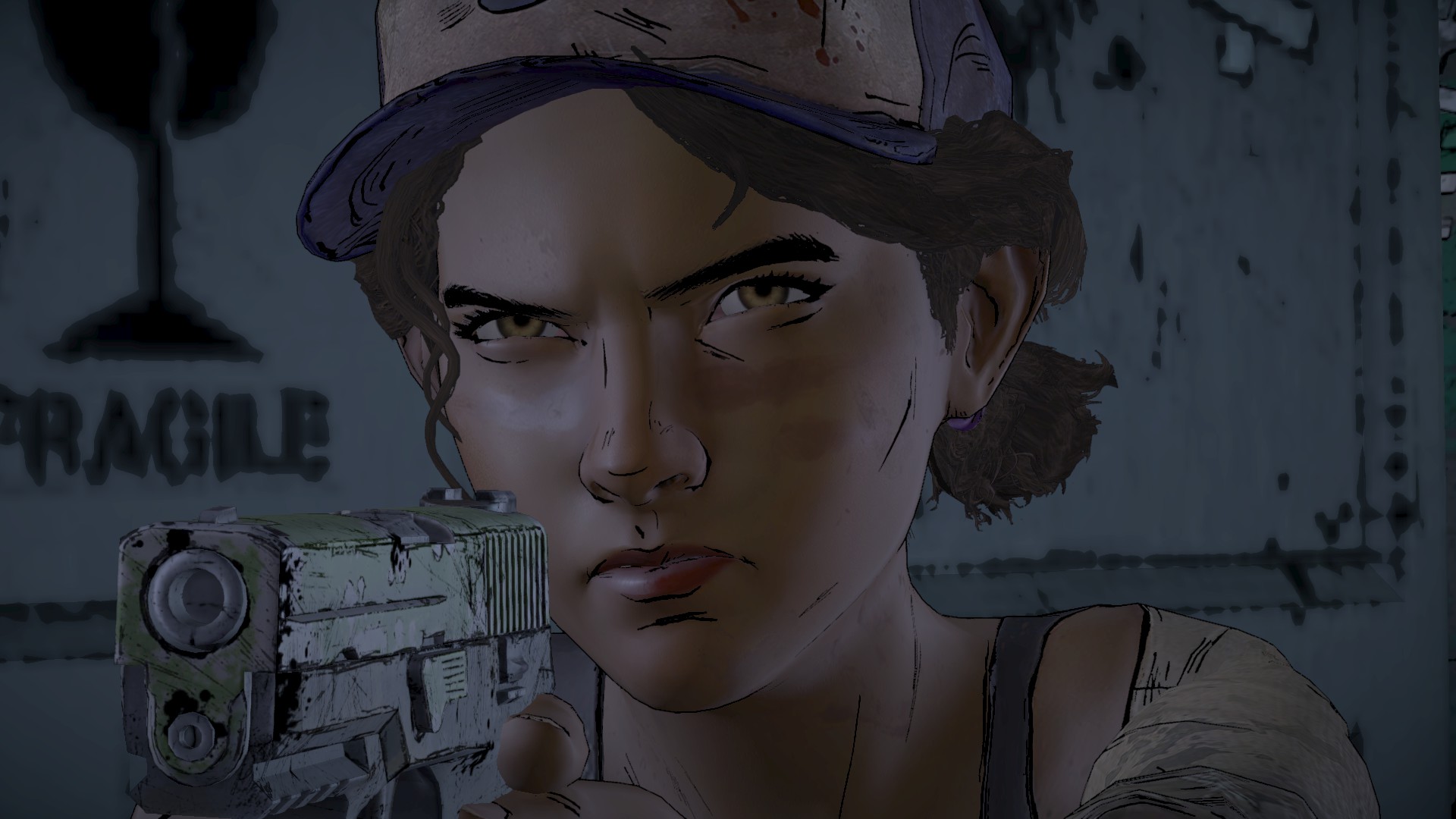 Much like the other episodes, there were technical glitches consistently along the way. I’d almost gotten used to the odd waiting times between lines of dialogue, but there were some glitches that aren’t so easy to ignore. For example, when there’s meant to be a tense moment where walkers are pressing up on the fence, it would ruin the moment if the fence didn’t load in; therefore, just making the walkers looked challenged by being stopped by air. Another big problem was the fact that the game just froze for two minutes, and then eventually just gave up as the application closed; the worst thing was that it was during an exciting bit and it also set me back quite a bit.

Overall, this episode is without a doubt the worst one of them all. The weakness of the story and the wait that caused me to forget each character’s motives just made this episode forgettable, and the lack of exciting cliffhanger just made this episode seem like a stepping-stone to get to the actual exciting stuff to come in future episodes. On top of being the weakest episode story wise, the glitches and having to back track this episode wasn’t good in general by Telltale’s standards. It was still a decent experience, and worth playing to get to the next episode; it’s just key to not get your hopes up.