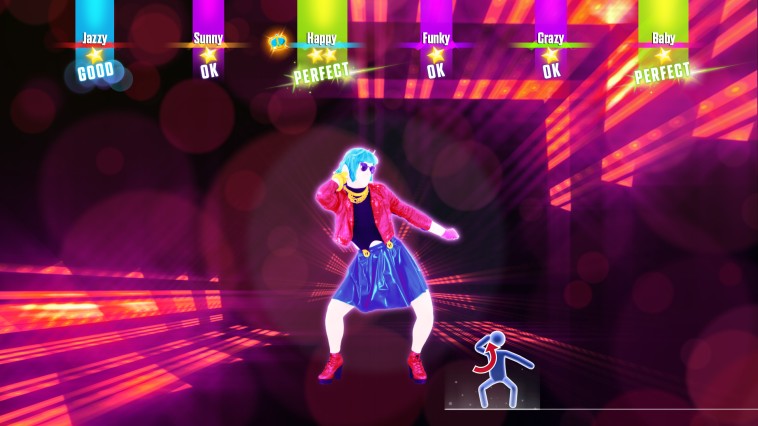 Not many games make me miss the Kinect, but playing Just Dance 2017 on the Nintendo Switch makes me yearn for the greater accuracy and full body reading of Microsoft’s much maligned (but still fantastic for music games), motion sensing camera. Heck, even Sony’s decidedly ropey PlayStation Camera does a pretty good job when it comes to recognising dance moves.

The thing is, while part of me misses the accuracy afforded by those cameras when using Nintendo’s awesome, but inevitably less accurate, Joy-Con controllers, there is something to be said for the more forgiving, albeit, invariably less accurate motion control approach. Yes, if you’re serious about your dance moves and pride yourself on replicating what is on-screen in perfect unison then this isn’t for you. I didin’t think I’d ever say this, but if you’re that person, get a Kinect. It might not be 100% perfect, but whether it be Just Dance or Dance Central, it really is in a different league.

If you’re like me however and just play this while drunk for sh*ts and giggle or, at the different end of the spectrum, if you have kids to keep entertained, then this really is the ideal way to play. The forgiving nature of the control scheme ensure that you’ll feel like a dancing machine in no time at all. You still have to get the moves vaguely correct of course, but the games’ willingness to give you the benefit of the doubt ensures that it’s easy to overlook its relative inaccuracy. I mean honestly, what would you rather think – that the game is inaccurate or that you’re simply awesome at dancing? I can assure you that after a few beers, it’s the latter each and every time.

Of course, whether this more forgiving feedback and decidedly vaguer reading of your moves is a positive or a negative will completely depend on how you wish to approach the game, but if you’ve ever played any of the Just Dance games on the original Wii (the series’ spiritual home), then you’ll know exactly what to expect from the latest offering on Switch.

Like many Switch ports, the big difference is the console itself. While largely identical to other versions in terms of content, it’s the Switch’s unique capabilities that prove one of the games’ most alluring selling points. Beyond the simple fact that you’ll always have two controllers for multiplayer dancing at all times, it really is the ability to play this game anywhere that ultimately makes all the difference. 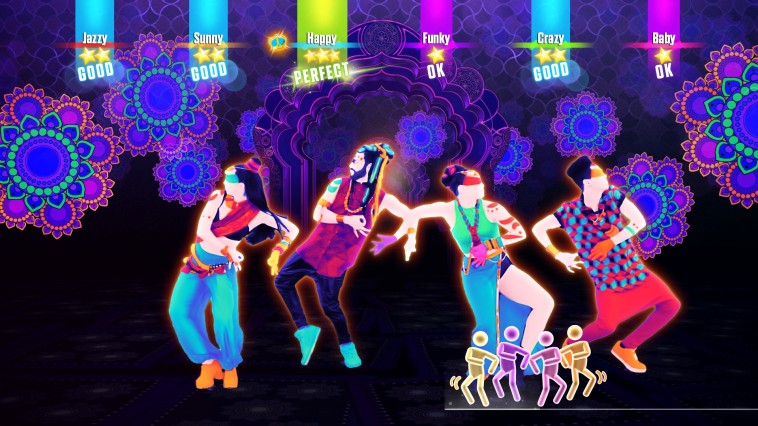 With this being a party game at heart, it can now be taken to parties with consummate ease, and when there, it can be set-up and played absolutely anywhere. You no longer have to worry about awkwardly placed TVs or a lack of space in the living room; just move it to where the space is. Move it outside. Move it wherever suits.

This ability to play the game anywhere and the effect it has on the game as a whole really can’t be overstated. Yes, the Kinect might be more accurate, but conditions have to be perfect to get anywhere near the best out of it. Sh*t, I’m 6’6”, and to play that game, I usually end up standing miles behind the person I am playing with/against (usually somewhere in a different room) – it’s far from ideal. Again, if you have that perfect set-up then the Switch can’t compete, but for the rest of us, those without advert-perfect living rooms with miles of free space, the versatility that the Switch delivers will provide a genuinely compelling selling point.

In terms of the game itself, this is business as usual. You still copy the moves choreographed on-screen by the somewhat artfully created collection of characters. It’s still immediately recognizable as a Just Dance game from its distinct art style, but this year’s release does look especially crisp. Some might argue that the series is due a visual overhaul, but so much of what makes Just Dance, well, Just Dance, comes primarily from its unique aesthetic. 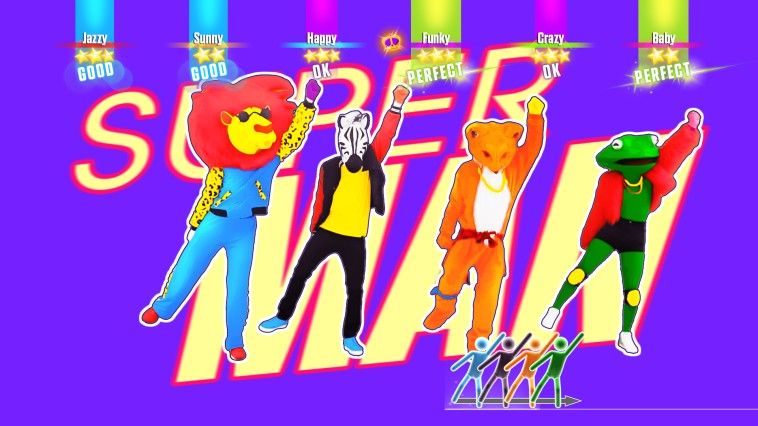 The core song list is decent rather than spectacular, and while its contains a solid selection of both contemporary and classic hits, you’ll soon find yourself wanting to sign up to the Unlimited Music subscription. While you’ll get access to this subscription service for free for a three-month period, after that, you’ll have to fork out if you want to keep it running (in fairness, it is reasonably priced). It’s here where the collection really comes into its own with the unlimited Service delivering a huge catalogue of well over 200 songs that cater to just about every taste (well, within reason I suppose).

While the best of the content is hidden behind the Unlimited pay wall, the three months of free access provides plenty of time to decide just how committed you are to Just Dance 2017, and with a ‘Sweat ‘mode for those looking to burn calories and multiplayer for up to 6 players (made all the easier by the inclusion of Smartphone controller capabilities), this latest take on Ubisoft’s long running and hugely popular Just Dance series arguably represents the finest to date. The core song collection is a tad mediocre, but as long as you have the Unlimited service up and running, the full set (which is being added to all the time), is arguably as strong as any dance or rhythm game out there.

The Joy-Con controllers might not be the most accurate, but they are certainly the most fun, and with Just Dance 2017 invariably at its best when experienced with friends, the Switch makes playing the game under the ideal circumstances easier than ever. Whether it be adding additional controllers or simply finding space to play the game, Just Dance 2017 on the Nintendo Switch makes putting a party together easier than ever.