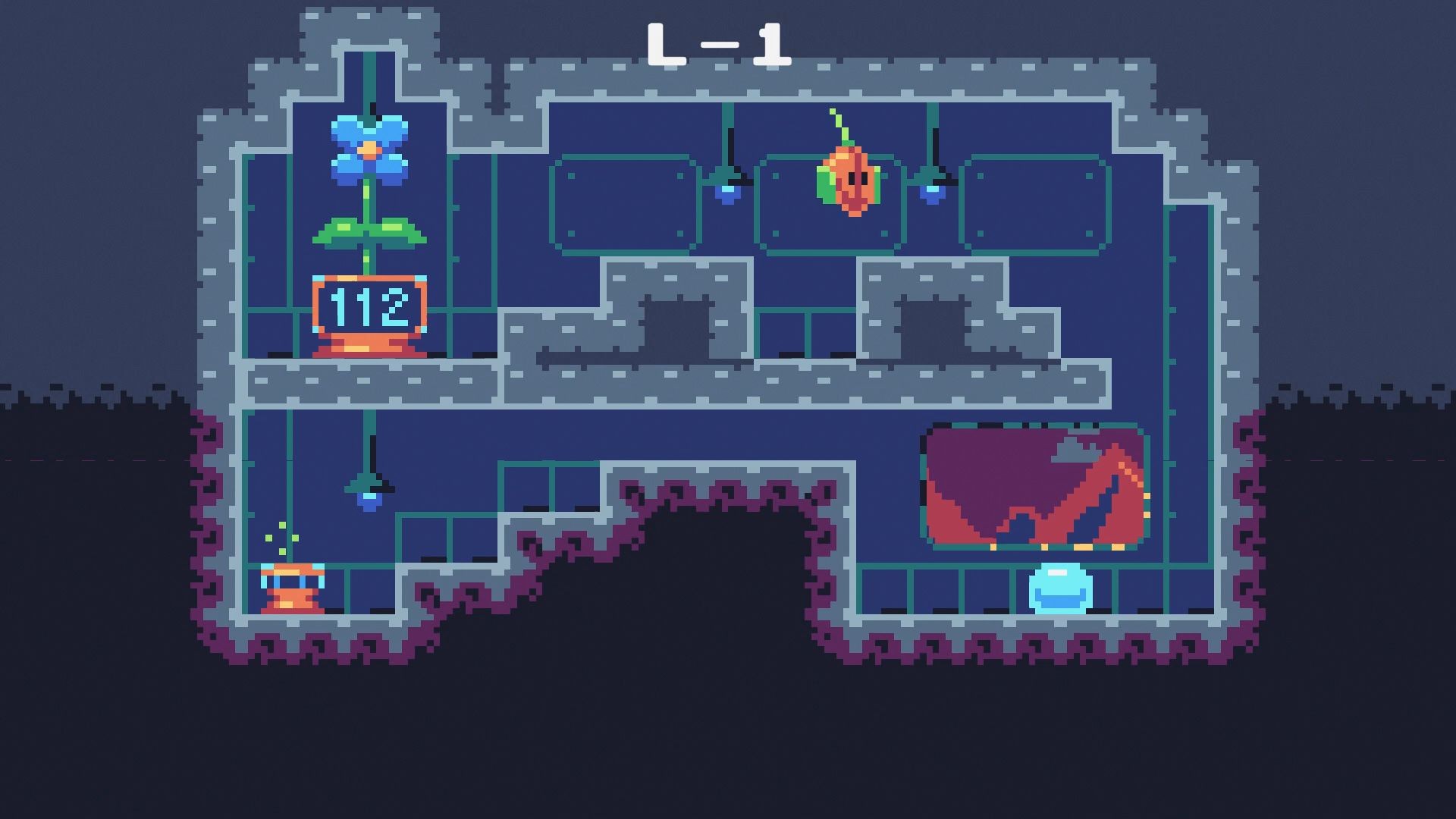 Mankind fears apocalyptic events; Fire, flooding, plague, and famine. We will do whatever it takes to survive, no matter the cost. Prophecies of doom are etched into folklore, and people worship them as if they are a guiding light. I don’t fear the end of the world, unless it’s a zombie invasion. That would be cool, yet scary as hell. What I fear is the inability to grow plants, and the Earth slowly starving in front of our eyes. This is the reality in Eastasiasoft’s latest title 112th Seed.

The game revolves around the idea that the future is a barren wasteland where food is a scarce commodity. Most of humanity has perished, and scientists must create a new plant to restore our food supply. The brightest minds plant 112 new seed types, and 111 have failed. The last seed has yet to sprout, while the 3 scientists wait, they enter suspended animation. Will the plant grow while they sleep, or will humanity’s last hope fail?

The game begins here; you are the 112th seed; you are more than special; you are miraculous. I’ve never seen a moving seed, so we have some Frankenstein hydroponic science going on. The seed is small but determined. It can move freely, jump 2 spaces high, push items, and activate switches. Its aim is to overcome any objects in its way, solve the problems, and get to the end marker. I know what you are thinking. “If the lazy scientists didn’t go to sleep, then the poor seed wouldn’t have to go through all this!” I couldn’t agree more, the last seed known to mankind, and we treat it with utmost disrespect! Poor thing! 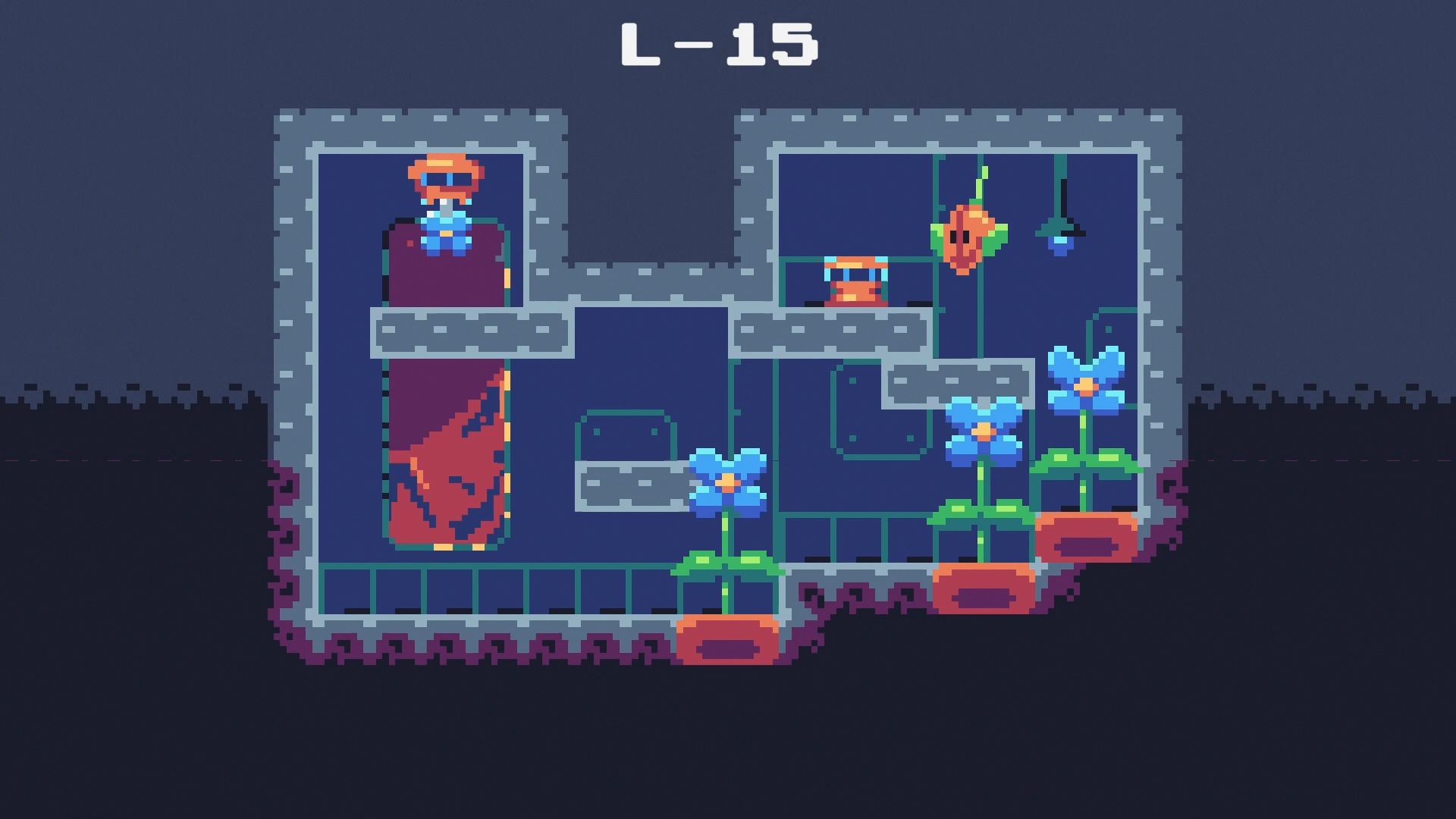 You will work your way through 70+ levels in the final lab on Earth. The opening levels act as a tutorial. You must work out how each of the different gameplay mechanics work. Push block, grow flowers, morph into a flying seed (see, I told you, Frankenstein science), and more. No instructions are given, but it’s easy to work out, and any hand holding would be an overkill. As the game progresses, more unique elements are thrown into the mix. Water droplets that can only survive a small fall, plant pots that can move, and more. The opening stages are of little challenge, I blasted through them in a matter of minutes. It wasn’t until around the 30th that I had to stop and plan out my course of action.

The developers state that this is a bite-sized, casual platform experience. I’d have to agree, as most of the levels are miniscule. Each comprises a few puzzles and obstacles to overcome. You may think, “This doesn’t sound challenging at all, what’s the point?” You wouldn’t be wrong. It wasn’t particularly hard, but it was fun. Racing through the levels without issue made me feel like I was a puzzle god! But failure was inevitable and bought a wry smile to my face. It was good to lose occasionally, as it made me more determined to succeed the second time around. Can the last seed and beacon of light for mankind wake the scientists before it’s too late, only time will tell.

This platform title plays out in a side-scrolling fashion. The levels are all small enough to be viewed from one fixed position. This allows you to plan exactly how you will solve all the puzzles in front of you. If 112th Seed had been designed for the Mega Drive it wouldn’t surprise me. The graphics are retro and pixelated. This didn’t bother me, as they worked well with the theme and the genre, though it was odd to play it on a large TV screen. What annoyed me was the lack of variation in the backdrops. The first time this changed was level 31, and then it was only a new colour scheme from blue to red. If the levels weren’t so short, this would have been a major problem, but as it is I accepted it, and carried on regardless.

There is something heartwarming when you hear a basic 8Bit soundtrack. It reminds me of my childhood. Having to wait for 3 days for the Commodore to load in and then finding that the games were impossible to complete. Ah, good times! 112th Seed embodies retro gaming in its audio setup. The synthesized and calm background music creates little emotion and isn’t memorable. But it works well with this type of game. You need not rush on any level, so a slow and calm soundtrack reflects that aspiration. If you are in the millennial group of gamers, you may think the sound is rubbish. But for us 30 years and up players, it’s a trip down memory lane. 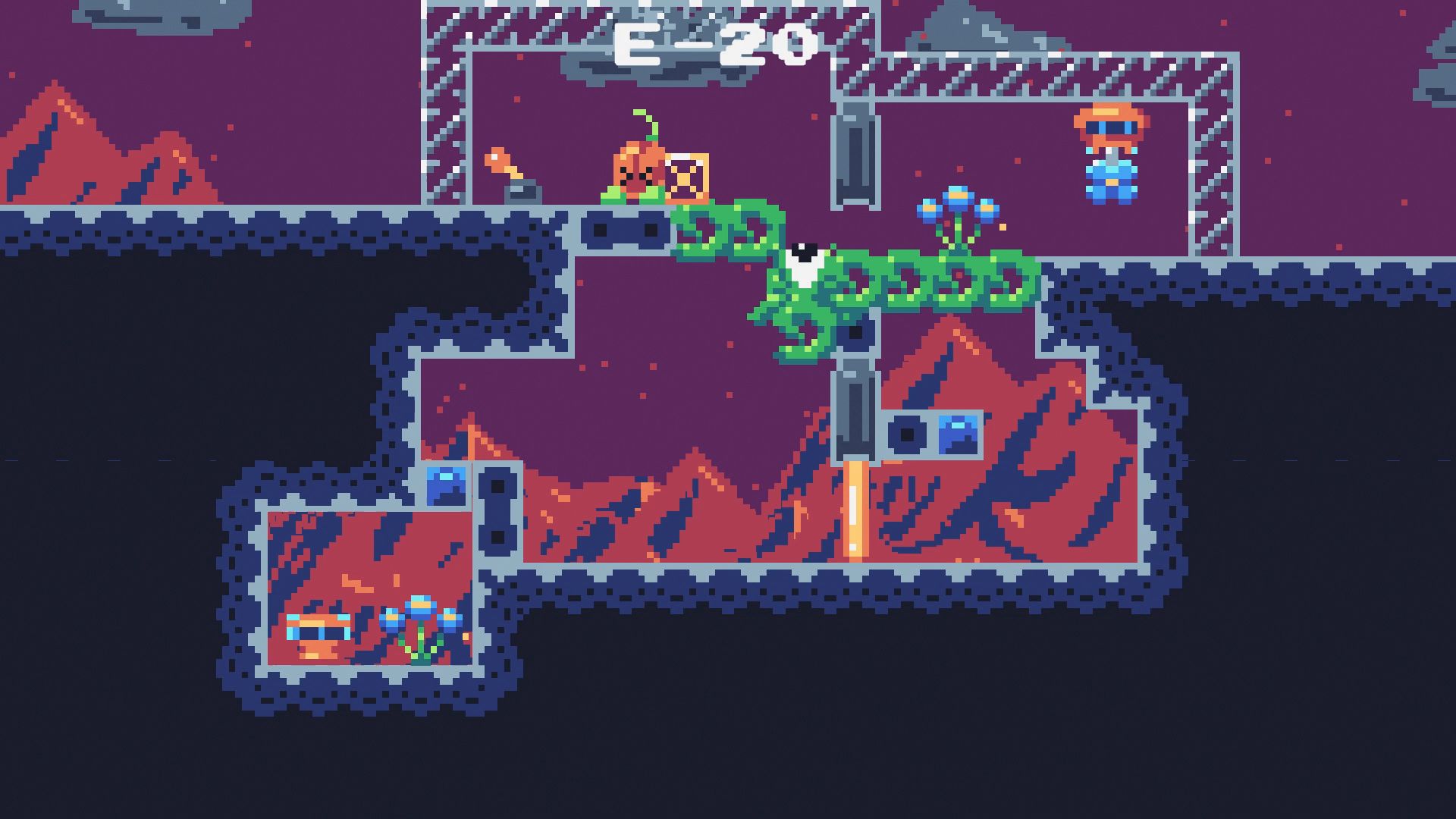 An area that I didn’t particularly like was the control sensitivity. The seed would end up jumping from platform to platform with little control. I found it difficult to judge how much to move the analogue stick as a minor adjustment would send it flying. I tried several controllers to ensure it was the game and not my hardware, and it failed using them all. Levels were lost as I knocked blocks when I shouldn’t, or I fell off platforms unable to get back up. It was a minor thing as restarting a stage was quick, but it was frustrating, and took the polish off the end product.

I’ve already mentioned the 70+ levels that you have to complete, but is this enough to keep you playing? It has a very simple gaming premise, move blocks, grow plants, and exit. The puzzles aren’t challenging, and if you have a logical mind, you’ll scoff at the difficulty level. You’ll get all achievements by level 30, so other than finishing the game, there is little else to do. A speedrun, or alternative goals should have been added. This would increase the replay value and made it much more difficult.

112th Seed is a simple side-scrolling puzzle game that allows for a casual experience. Even though the later levels push you to plan, they won’t challenge a veteran of the genre. The retro nature of both the audio and graphical presentation made me nostalgic and warm inside. But it may not be to everyone’s taste. I enjoyed my short time controlling the seed, and trying to save the world, even if it only lasted a few hours. Would I recommend that you play this? Yes, I would, but I can’t stress enough that you must know its limitations. Can you unleash your inner seed, overcome the problems and save the world?

A casual bite-sized platform puzzle game. Control the 112th seed, wake up the scientists, and save the world.