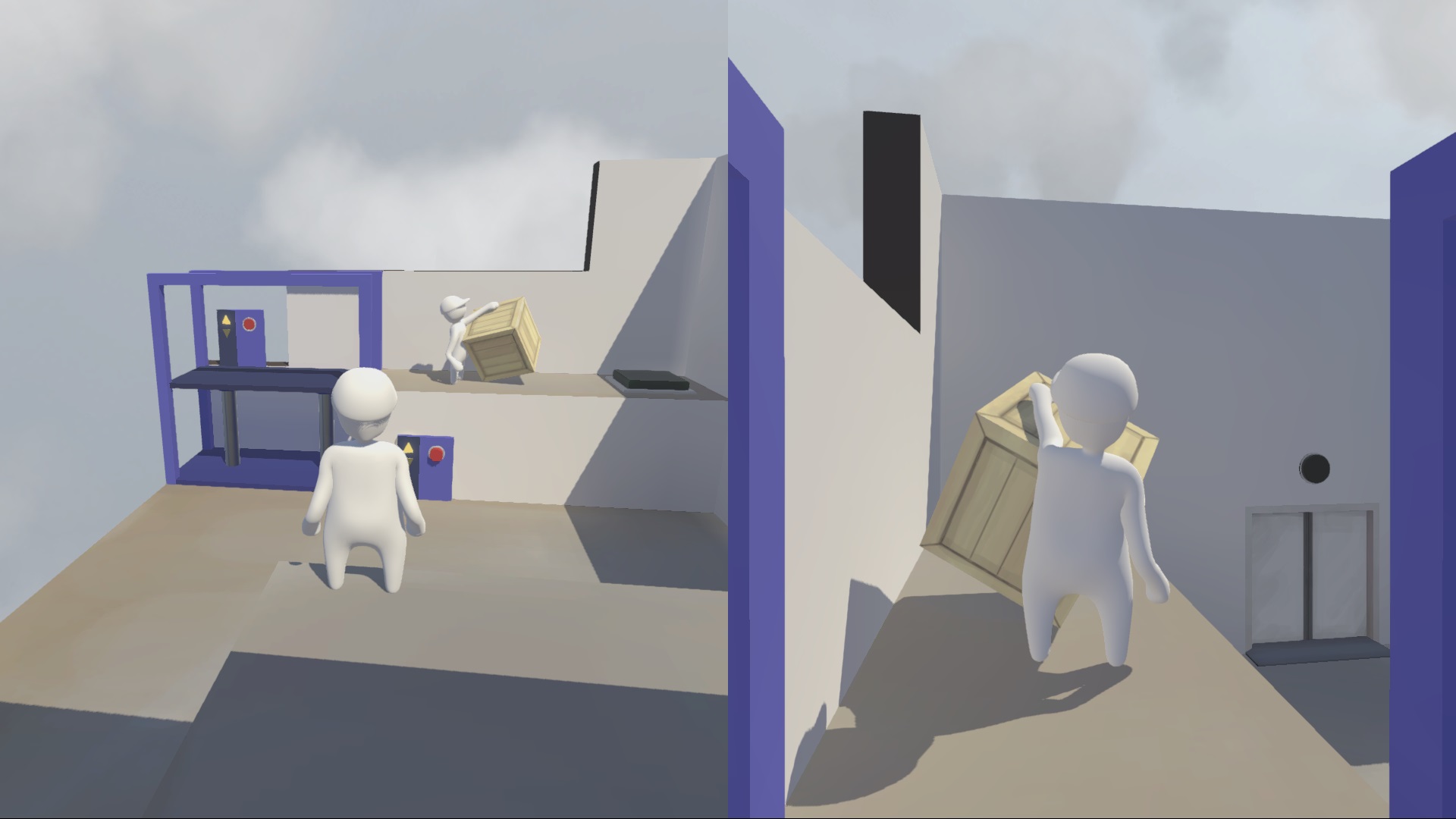 There is nothing wrong with a game knowing where to draw the line. It seems the ambition of many a developer is to create a game that really resonates with a player in order to create three distinct forks of result: replay, review and results. A game wants you to either play it again or get others to play it, it wants you to talk about the game to others so they play it, and it wants to show you that your time invested was worth something, even if that’s just entertainment. We have a whole slew of indie games out there whose goal is not to necessarily deliver a fun, jovial time, but to impress some kind of message, fable or moral in the course of completing the game. Braid, for example, does a ton in terms of perspective and storytelling to remind us that we are only the heroes in our own stories: it may come to pass that we are the villains in others eyes. But sometimes we gotta pump the brakes and know where to stop things in order to make sure the overall idea isn’t lost due to overreach.

Human: Fall Flat is a really interesting and unique physics puzzle game about a humanoid blob named Bob. Bob is in a dreamworld of some kind where he can’t wake up until he completes a series of puzzles that always end with him falling through the skies to the next world. Bob doesn’t have a ton of articulation about him, being limited to walking, grabbing objects, pushing some buttons and half-heartedly jumping. The physics aspect of this game is incredibly important to remember, because Bob’s control is as wonky as you’d expect when you see this amorphous being try to move in any given direction. In any case, Bob’s only goal is to move ahead, but simply doing so neuters a lot of what’s interesting and replayable about Human Fall Flat. 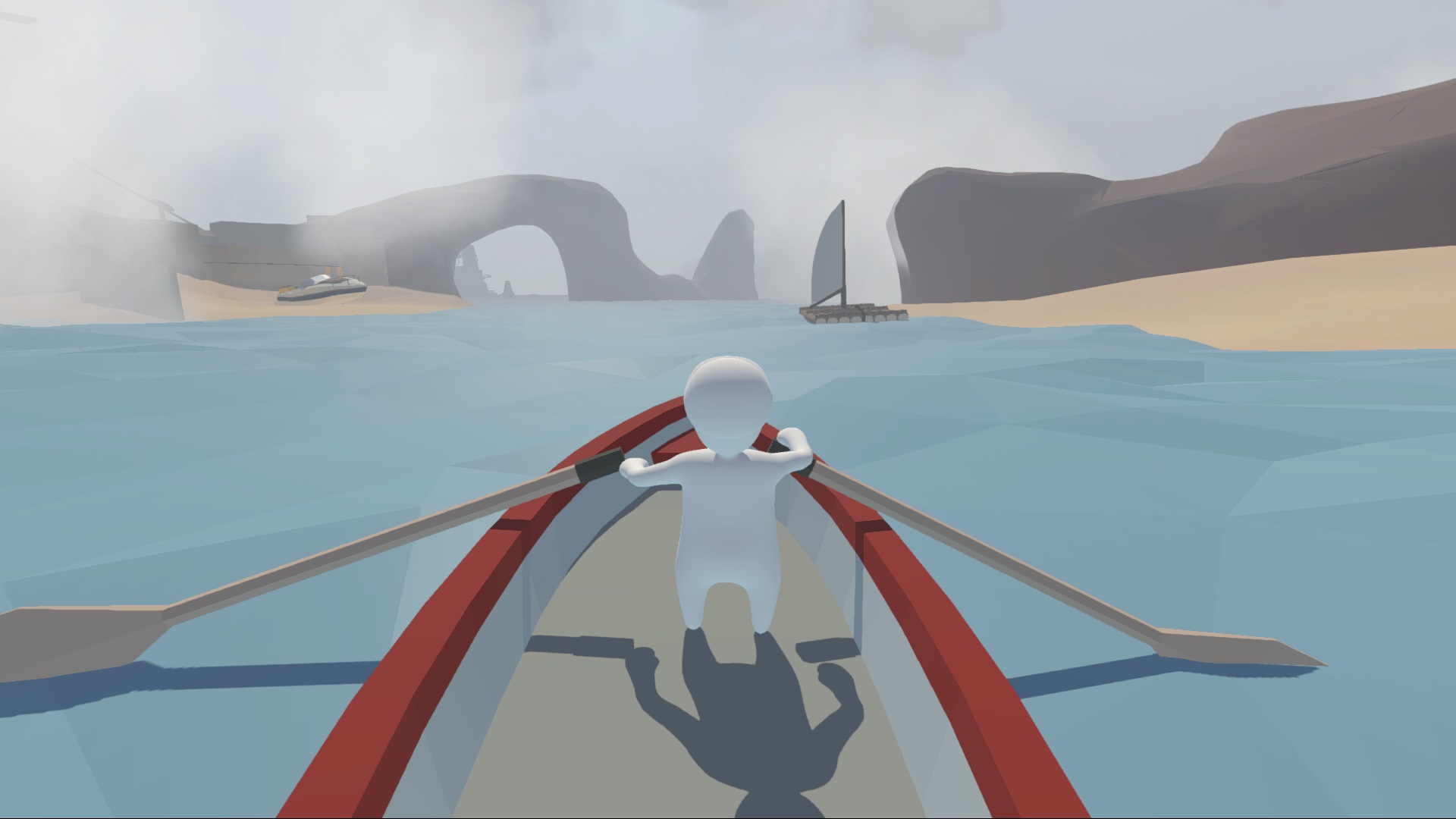 First and foremost, this is the best representation of ragdoll physics that I’ve found in any game so far. For a lot of titles (especially mobile gaming, where ragdoll is still popular) things tend to be quite elastic and basically hyperbolic in an effort to create something silly and fun rather than necessarily accurate. Goat Simulator is a great showcase of this, where the goat is only loosely tethered to actual physics in favor of being a silly putty mess of a mammal. Bob, however, really has some great action/reaction with a majority of his environment, from falling objects to swinging pendulums and even something as simple as stairs. You can move Bob, but there isn’t a skeletal structure to help maintain and keep him in a set and rigid position properly. The result is a rather gradual learning curve that’s explored well by the level progression of the game. Beginning with the simple acts of walking, you eventually work your way up to some serious object manipulation, as well as timing your own momentum for jumping onto moving platforms, smashing through walls and glass at the right time, and effectively working out the best ways to explore and keep moving without tripping over yourself.

Secondly, this is a game that has a shockingly wide amount of content. Technically speaking, if you know where to go and what to do, you can get through the entirely of the game, start to finish, in under two hours. Human: Fall Flat isn’t trying to hide the goalpost from you, and, once it’s mapped out in your mind, it won’t change. However, within each level is a massive amount to unlock and do through the act of trial and error. Achievements still exist on the Switch, though I do wish Nintendo would work out some kind of leaderboard/sharing system so that others could see. Taking the time to try things, like scaling large buildings and finding seemingly nothing, result in hilarious side experiences that then net you otherwise obscure achievements. For players who exclusively game on Nintendo devices, this is a relatively new concept, but achievement hunting is huge for the rest of the gaming world (Steam, Playstation and Xbox, respectively). There’s a lot of satisfaction in being curious about something, like an innocent looking tv speaker, and then hurling it over the side of a balcony to find out the game has intangibly rewarded you for your destruction. It’s even more fun that it sounds.

And the game does have some pretty good co-op mode, though it’s important for everyone to have their own controller (no Joy Con sharing, sorry). Being able to have two dummies work their way through a level adds a huge layer of enjoyment and hilarity even to new stages. Have you played Human: Fall Flat before? Then join in and help a friend navigate the wide world of strange dreams! Never played before in your life? Perfect! You, too, can flop around and make an ass out of yourself while giggling with a friend at what keeps happening. A second body opens up a world of opportunities for both finishing problems quickly and also making an even bigger mess of things. I do wish there was a way to have it not be split screen, but I think having everyone work on the same screen would cause chaos when people get too far from each other. Be sure to work out a couple different character customizations, because you don’t wanna be the only blank, white doll while everyone else has hats and hair. 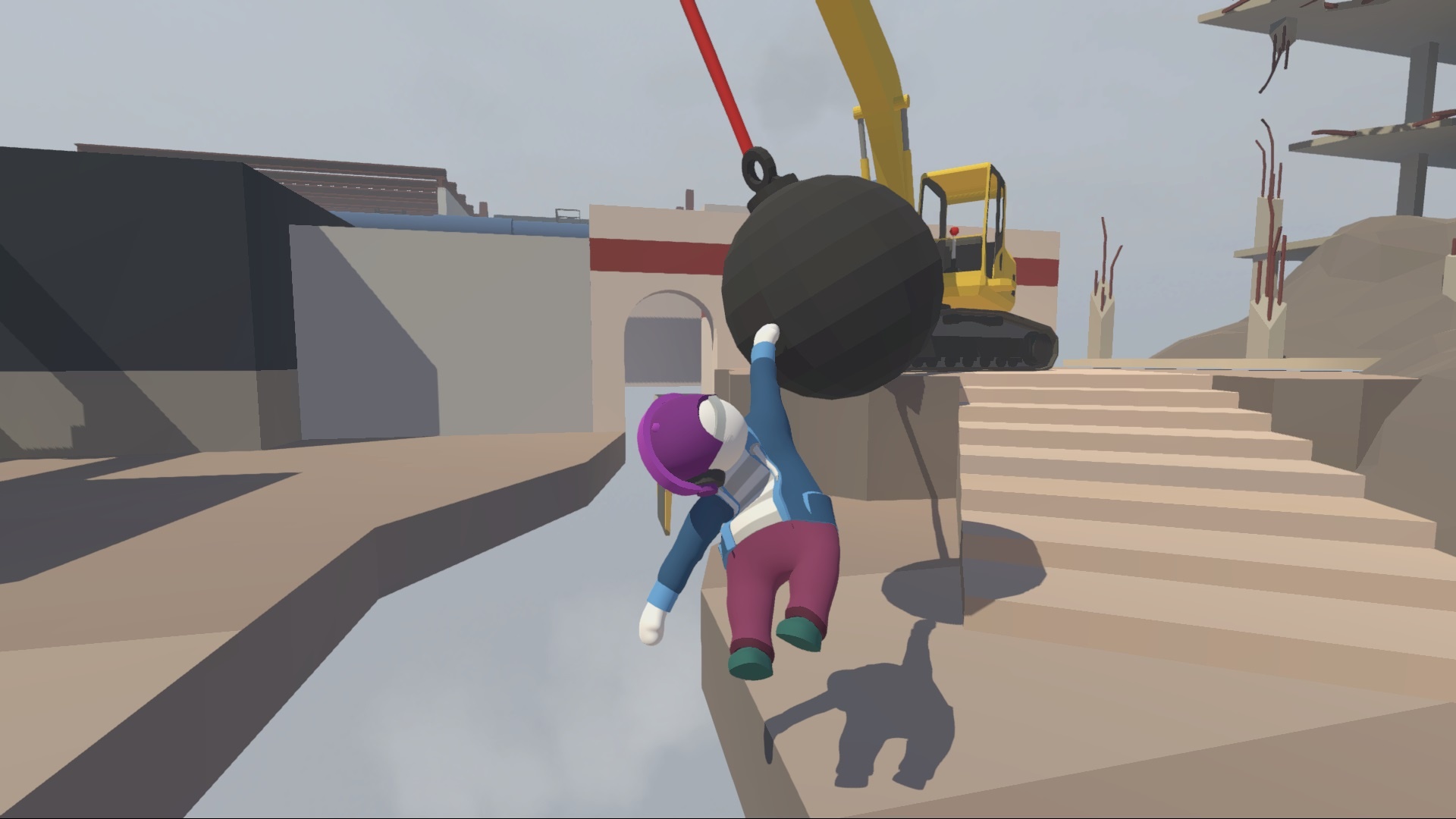 My biggest critique is the music. For whatever reason, I absolutely hate the piano score that comes with Human: Fall Flat. I think that there’s supposed to be some sort of ethereal and almost psychological tie with the very heavy soundtrack, and the occasional narration voice overs give this speculation credit. However, in my case, it just came across as too dark and needy, like the game was trying to tell and insist that it was deeper than I thought it was. The foreboding that came with it really make the fun physics aspect diminished, so I ended up muting the whole thing so I could actually focus and not start contemplating my own death. Seriously, since there’s no big twist ending or revelation this is all an allusion to the Iron Curtain, I wish there had been a different choice in tunes.

Having said all that, I did enjoy my time with Human: Fall Flat, and I can see the appeal for a lot of people to continue playing it, especially two at a time. If you’ve got a couple controllers and a friend, and want to kill a couple hours dicking around in a pretty interesting way, I’d recommend grabbing this, turning off the sound and blasting some Yakety Sax while you attempt to delve into the complex simplicity of the human mind.